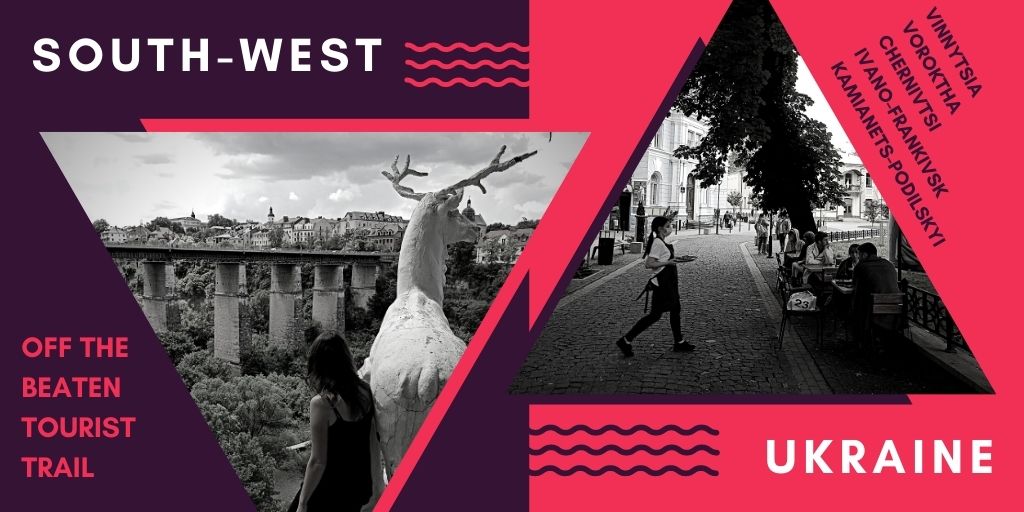 I didn’t meet a whole lotta travelers who mentioned having visited Ukraine. The few that did make it to Kyiv or Lviv, and that one very adventurous one to Chernobyl. But did you know that Ukraine is the second biggest country of Europe, only beaten by Russia (which is the biggest country worldwide stretching out over both Europe and Asia)? Fair enough, with only two weeks on my hands I didn’t come even close to the full exploration this fascinating country deserves… but I made a brave attempt at an impressively rapid speed. During this endeavour, some less obvious stops were checked off, which I will hereby share with you in further detail:

With such a name you already got my attention. However, during most of its history, this location was referred to as Stanisławów, a fortress erected by the Polish-Lithuanian Commonwealth (part of the Kingdom of Poland) in order to protect them from Tartar invasions and armed conflicts. Later on, when it got annexed by the Habsburg and Austrian Empire, some creative variations such as Stanislau were thrown into to mix, to finally settle with Stanyslaviv as part of the West Ukrainian People’s Republic. Only in 1962 (after occupations of the Soviet Union and Nazi Germany), at the city’s 300th anniversary, it was rechristened Ivano-Frankivsk to honor the Ukrainian writer Ivan Franko. I’m only throwing this evolution of name changes at your face to highlight the multi-cultural development of this destination, which is in my opinion the most convincing reason to at least reserve one afternoon for an explorative stroll through this pleasant-looking town. It’s not a must-see-highlights-loaded destination such as Kyiv or Lviv, but sights such as the Rynok Square, Stometrivka Street, Potocki Palace, Vichevyi Maidan and of course the historically crucial Stanislaviv Fortress are definitely worth your time. A recommended stopover on your way down south to the Carpathian Mountains. 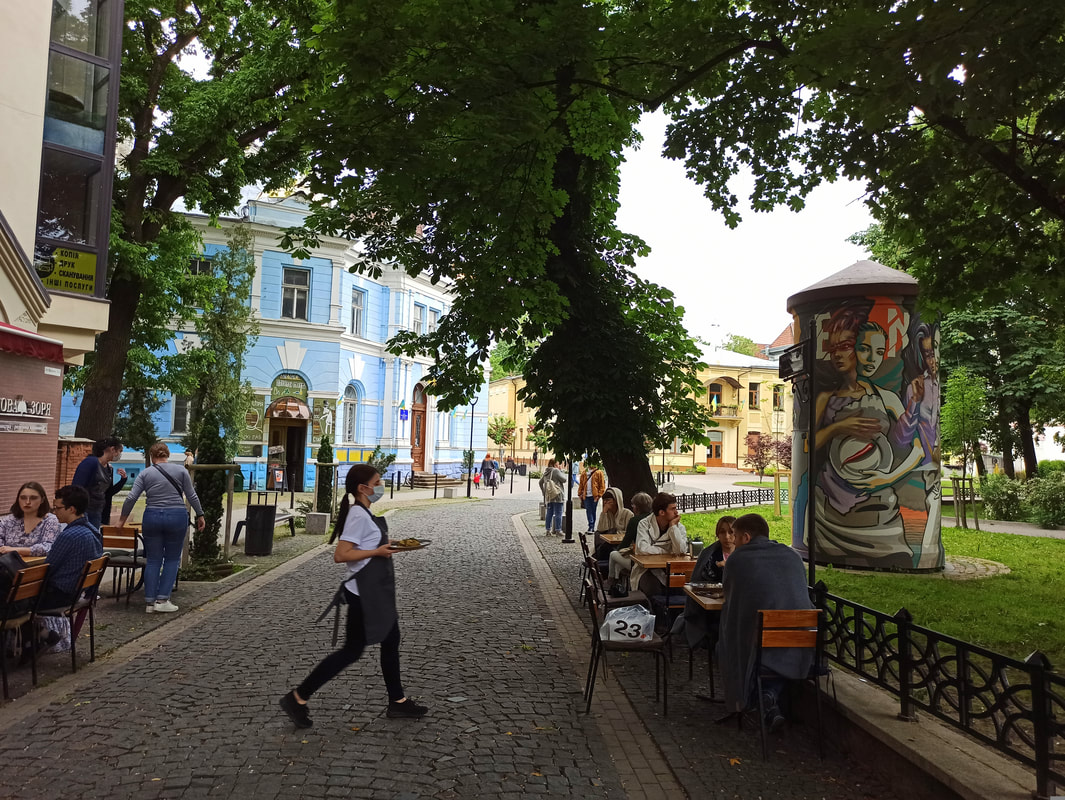 Save this article for later!
​Save on Get Pocket | Save in Browser Bookmarks| Save on Instapaper
Voroktha

Voroktha in itself is a hardly note-worthy destination, besides some traditional colorful countryside houses and surprisingly talented street art on the historical viaduct. It is however the most convenient location to climb the country’s highest peak: a tradition I gradually introduced into my travels. At 2061 meters it’s definitely nothing to be scared of, I was up in less than an hour and have personally witnessed the unfittest of the unfittest making their way to the peak… but it’s a jaw-dropping hike overall, especially if you combine it with the surrounding peaks and tranquil countryside area.

More information about this venture can be found in this article.
Chernivtsi

You don’t get nicknamed “Little Vienna” without a reason. Throughout the centuries, Chernivtsi developed itself as a multinational city shaped by a tolerant atmosphere, which in its turn attracted artists and creatives from all over Europe. This of course is the fertile foundation of something culturally beautiful, which is why Chernitsvi nowadays offers no less than 2 theatres, an organ hall, a philharmonic, 31 libraries, 10 museums and a central palace of culture. Add to that the scenic setting along the Prut River, complementing the architectural influence of the Slavs, Russians, Ottomans and especially the Austrians… and you know why it’s too good to simply drive by. You could easily fill a day or 2 in one of Ukraine’s hidden highlights.

Alert: Favorite incoming! If you have time to visit only one place of this list, make sure it’s this one. I was lucky enough to be invited by adventurous traveler and Couchsurfer Andriy, who was temporarily residing at his grandmother’s house in the lush countryside bordering this town. Only that experience made it worthwhile already: Fetching water from a well, building outdoor fires for heating, pooping in the back of the garden in between the chickens, in a wooden toilet structure exactly how my grandma described it from the 1920’s… Not to mention their home-built smoke sauna and the knee-weakening traditional dumplings (vareniki) nana served for every dinner! This kind of stuff represents the true essence of traveling to me.

But it gets even better, as you’re in Kamianets-Podilskyi for crying out loud. I remember walking into town, over one of its perfectly preserved ancient bridges, and looking down into the flourishing Smotrych River Canyon outlined by historical city walls, and its castle majestically towering above all this natural splendour… thinking: “Come on, keep it real man, this is just so over-the-top scenic it’s f*cking ridiculous.” Legend has it that the Lithuanian Prince Fyodor Koriatovych was out hunting with its brothers, right after they drove the Mongols out, and saw a witty little deer hopping by. Keen to add this one to his collection he raised his arrow, but the animal had some negotiation skills up his sleeve and lead him to the canyon instead. The Kariotovych brothers were rightfully impressed, and instead of killing the deer agreed to claim the spot, build a castle and develop the city with its clear defensive potential. A statue of this deer reminds us today of this highly unlikely story.

Spend a few days here: Hike the canyon,  discover its caves and forts, visit the castle, churches, monasteries, and mosques, and don’t skip out on the many museums. This place is impressive.
Vinnytsia

A bit of an anti-climax to end with: Vinnytsia, even though located perfectly on the way from Kamianets-Podilskyi to Kyiv, is a bit of a wet fart of a town. It seems like a rather pleasant and well-serviced place to live, but tourism-wise there’s little to no exploration to be done. It’s my own fault that I lost some time here… reading that some random fountain show is the main attraction should have been a red flag. Sure, they give it their best shot with some lasers and shit, and there are some nice squares, churches, and parks to be found in this otherwise traffic-clogged city… but to actually make the effort to stop, or god forbid, spend a few nights here (like I did)... hell no
In order to support the travelers’ community, I spend many hours per week to adequately document all information and advices for prospective visitors, accompanied by a (hopefully) entertaining insight into my personal observations and experiences. This service is and will remain free. However, if you voluntarily want to make a contribution and support my travels and thus the creation of new stories and information supply, here is the button you’re looking for:
Donate
Related:
- Discover England: Bath, Brighton, Isle of Wight, Portsmouth and London!
​- Go Green, Go Scotland: Easdale, Edinburgh, Glasgow, Glencoe / The Highlands and Isle of Skye
- Geocaching Wales: Cardiff & Region
​- In search of Harry Potter: Rowling's hometown, Hogwarts, Hagrid's Hut and a ride in the Hogwarts Express
- Unravel the mysteries of Serbia
​- Europe's best skiing & hiking: Get your ass over to jaw-dropping Switzerland!
​- Budget Bucket List hitchhike trip to... Kosovo!
​​​- Guest Blog 'Kosovo Girl Travels': Travel tips and stories from Kosovo's first and only travelblogger!
- Be about Bulgaria: Check off Bansko, Belogradchik, Plovdiv, Sofia and of course Veliko Tarnovo!
- The film locations of Game of Thrones: King's Landing in Sevilla [Spain]
​​- A visit to Lord of the Ring's Hobbiton [Matamata, New Zealand]
​- A housesit next to a Lord of the Rings film location: Port Waikato, New Zealand
​- Citytripping in Denmark's capital: Copenhagen
- Where modern meets classic: Vilnius, Lithuania
- Read about Bosnia & Herzegovina: Mostar, Blagaj, Trebinje, Sarajevo, Jajce, Banja Luka and Sutjeska National Park (incl. Maglic Peak - the country's highest!)
​- Discover more Belgium: Antwerp & the most kick-ass Flanders itinerary!
​- 8 ways to save money in Vienna, Austria
- Medieval Holland kept alive: Den Bosch & Haarlem
​- 3 reasons why you need to visit Nijmegen [The Netherlands]
- A capital surrounded by scenic little villages: Lisbon, Portugal
- Spanish citytrips: Barcelona, Malaga & Sevilla
​- German gems: Aachen & Frankfurt am Main
- Get your Albania itinerary ready: Berat, Gjirokastër, Korcë / Ohrid Lake, Theth, Shkodër, Tirana, Mount Korab & the coast!