If your plan is to visit the province of Jujuy, the least you can do is visit its capital. It’s a matter of decency.
​
And then it doesn’t matter if people told you it’s an ugly, smelly dump, you know better than that: Beauty is everywhere if you look for it.

I already found beauty in the first two people who picked me up and drove me out of Salta. This jolly couple taught me the best foundation of marriage is humor (not that I have plans to ever force myself to eternally love someone bound to a contract), which the man immediately demonstrated by making a selfie hugging me while pretending to throw his wife out of the car window. From the crossing where they left me an YPF-gasoline truck immediately picked me up, of which I know they’re legally not allowed to transport passengers due to their tricky load. Not that trucker Ruben Dario (yeah just like the poet) cared, he just hid me on the bed behind a curtain, while calling all his friends to inform them he’ll be soon moving to Holland with his new Dutch lover. I wonder who that is, because it’s certainly not me. 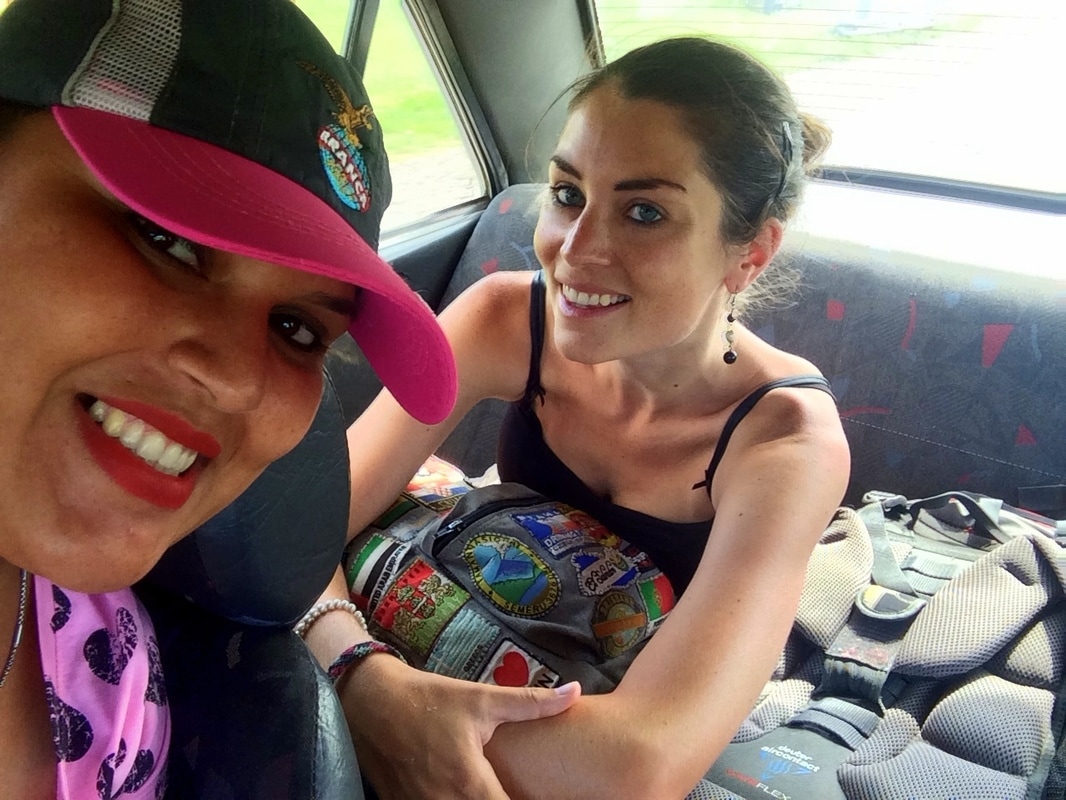 I reached San Salvador de Jujuy faster than any bus could have possibly taken me. The moment I set foot in the terminal Couchsurfer Facundo raced in to drive me ‘home’ in his pick-up truck and swiftly drove me to his… courtyard. Yes, in this case you can’t really speak of a ‘Couchsurfing house’ anymore. My host lives alone in a giant villa with many giant rooms on a giant property, accompanied by his twelve dogs. You’d like to swim, you say? Of course, check out the swimming pool behind the mansion… Fancy a night of art and culture? Well, he has his own bloody theatre in the backyard! For me wealth isn’t expressed in terms of money, but this estate does leave a certain impression.   ​
How does this young man finance this, I wondered. By his cheese business? By his marihuana plants in the garden, perhaps? No, none of that. At 1AM, after I had cooked a meal that almost turned the good man vegan on the spot and after some of his vintage wines and marihuana stocks had magically vanished, the history was disclosed. In the time Argentina was still under the strict control of the Spanish his family, marquises from Spain, moved to this region to reign. No one really lived in this residence, it mainly served as a leisure hang-out for the rich and famous. One of those was his grandma, a pure bohemian who rebelled against her noble background by smoking, dancing tango (which was a poor man’s dance) and inviting artists and poets to her gypsy parties with pianos alongside the river. An often seen guest: Pablo Neruda. 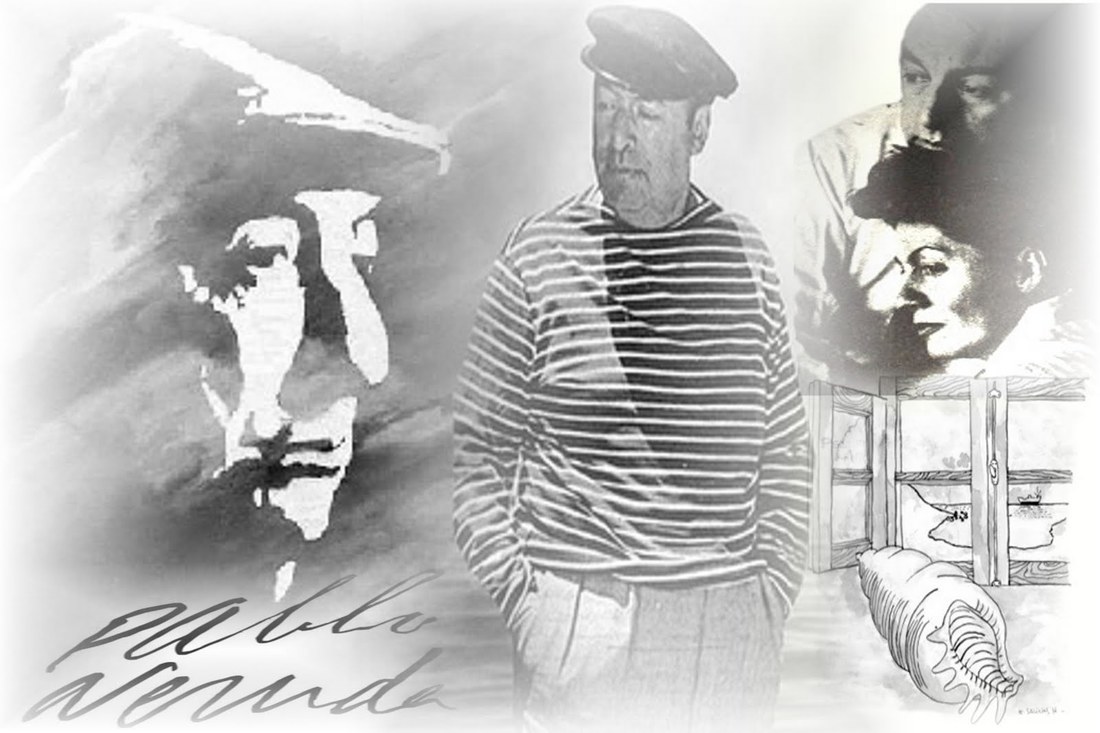 The local cultural scene flourished and established its centre of gravity on their lands, which made his grandma decide to throw a free yearly cultural festival, for which a theatre needed to be built. Up until today Seranata de Niña Yolanda is organized, last year generating an attendance of 18,000 people, the performances being broadcasted on national TV. Besides that the family also supports Argentinean pop- and rockbands, like Los Tekis, for which they financed their first album that brought on their international breakthrough. ​
And now they had the famous Budget Bucket Lister on their grounds, talking about progress ;) This tired traveler needed a bit of sleep however, so I moved to my room that was bigger than any apartment I have ever rented. Facundo apologized for the lousy mattress, which was in fact the best mattress I had ever slept on. I woke up several times that morning, but my body simply refused to leave that bed… At midday I unwillingly dragged myself out and as my host was out on business, I decided to move downtown for my personal dose of sightseeing, using the same public-transport-card as in Buenos Aires (the Sube).
I quietly strolled through the peaceful streets emptied by the holy siesta, a man with an umbrella-head (for which respect) and a woman with a t-shirt saying “we are sailing boat the wave” being the only passers-by.
​
I kicked off with Museo Tematico Tupac Amaru, the Tupac before 2pac… the rebellious last Sapa Inca of the Neo-Inca state, executed by the friendly Spanish. The miniature model-boxes presented in this tiny museum showed how: slayed by means of four running horses attached to each arm and leg, while his mother watched who was subsequently dragged around the neighborhood behind a horse, alive (until some point, of course). But in the meantime they at least had some splendid bohemian parties with Pablo Neruda to forget about the mess that created. 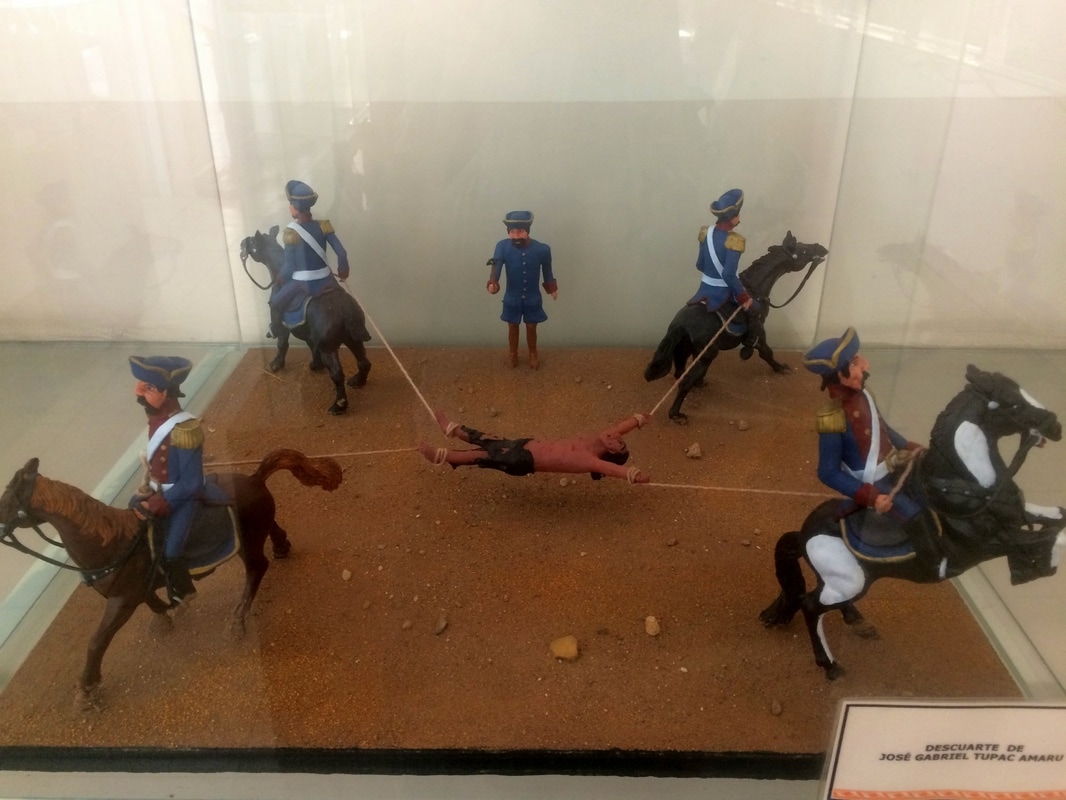 I continued towards Teatro Mitre and checked if there would be some performances Facundo and I could attend, but without luck. The Museo Histórico Provincial charged tourists an entrance price 5x as high as the general admission, which asked for a boycott. Museo Fundación Recrear then, an art workshop where colonial art was literally copied for the contemporary market? Honestly, I’m not a great fan of this art category, as it basically comes down to religious art with lots of ugly Jesuses and chubby angels and I despise propaganda… BUT as an art obsessive I did enjoy watching the modern techniques of printing basics on canvas to paint it over in brilliant detail.
I walked a few blocks up to admire de Casa de Gobierno from Plaza de Belgrano... until I noticed I could go in too. Finally! A bit less Spanish and a tad more French. The antique art deco and abundant baroque brought me straight back to my many visits to Palais de Versailles.
I quickly hopped into the Cathedral, but I carefully circumvented the connected museum, there’s only so much religion I can bear in a day.  ​ 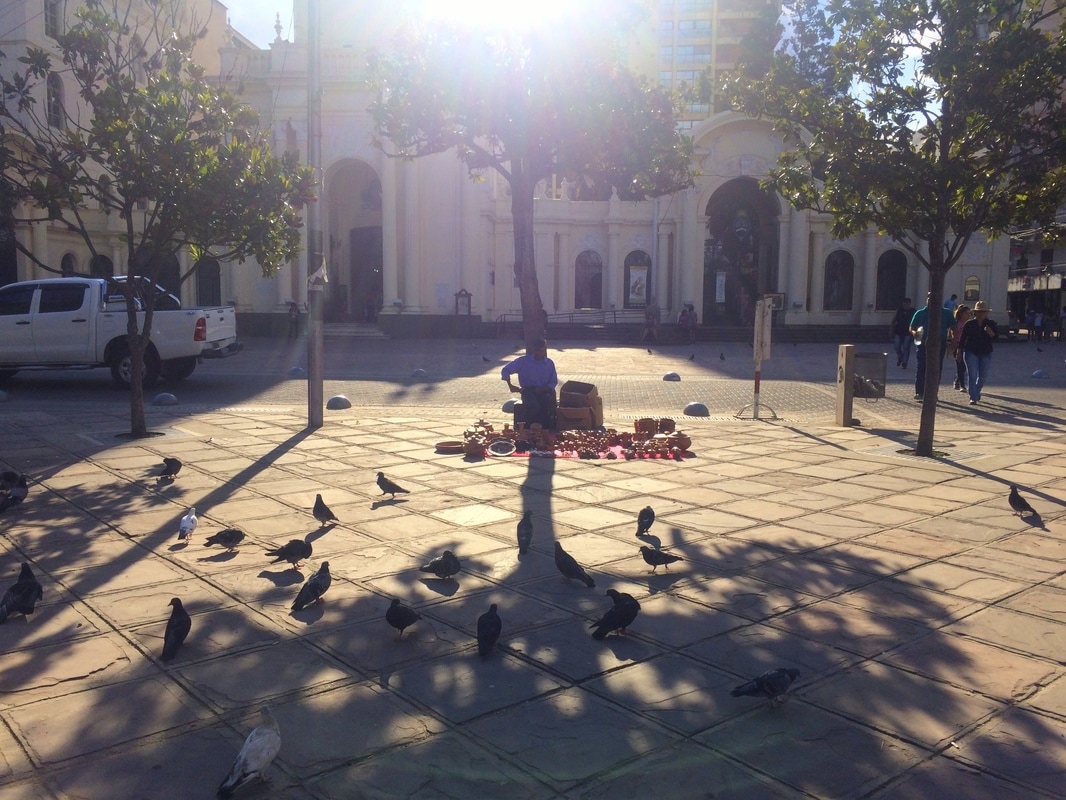 Last stop: Museo Policial, a museum about the history of the local police, ran by a cop. The many exhibited artifacts were a nice distraction, but the thing that really caught my attention was the showcase about the ‘delinquency of abortion’. That’s right, unless you’re violently raped, abortion is illegal in this country. You can happily kill an animal that’s already living, but removing a flourishing sperm cell, god no!   ​ 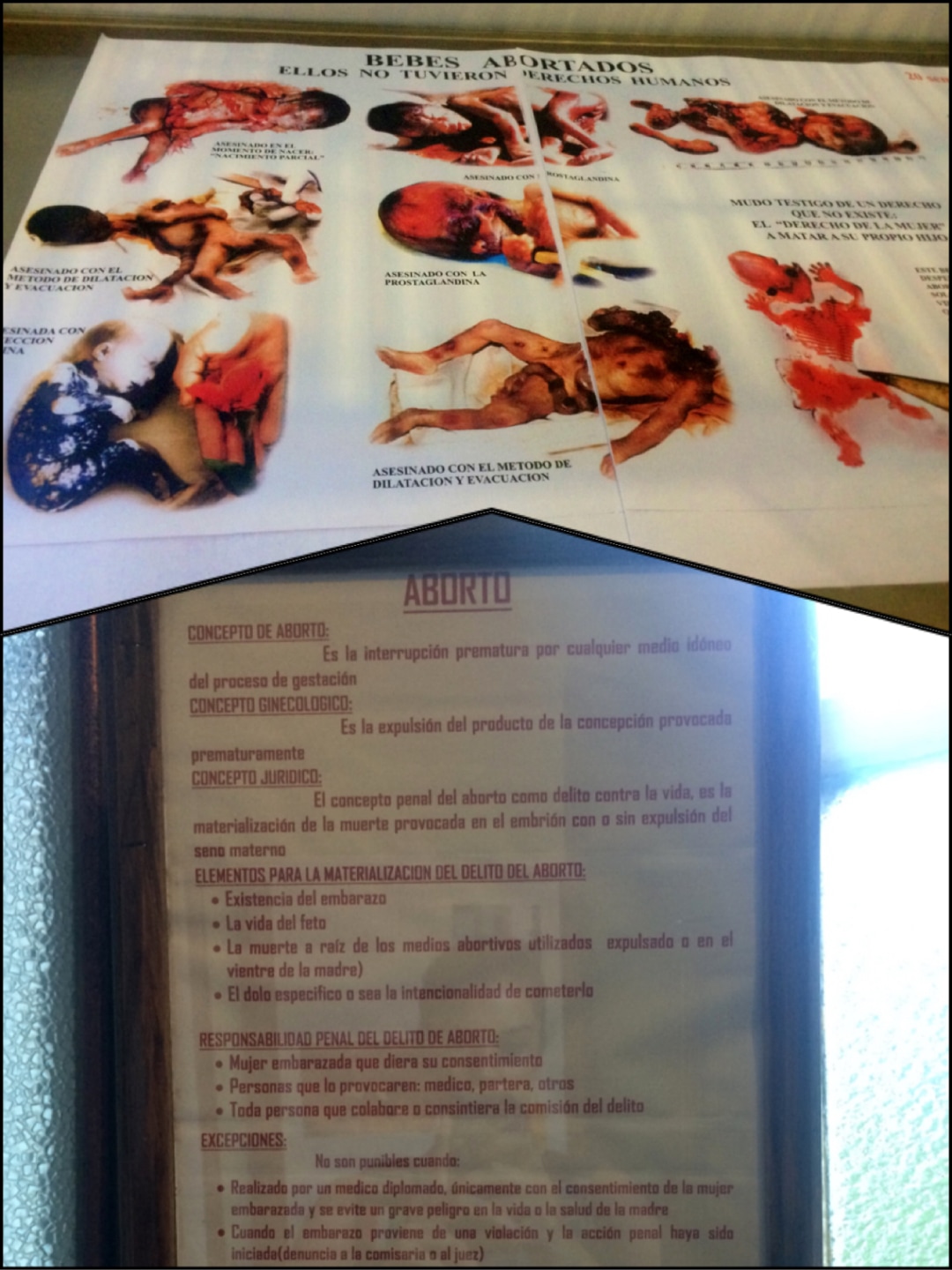 This basically means the opposite of Darwin’s natural selection, as the young, ill-prepared and reckless not at all ready to be competent parents are in fact the ones ending up reproducing themselves in great quantity, while the smart and well-prepared among us take their precautions and therefore multiply insubstantially. But apparently that’s what the contra-Darwin church (tightly intertwined with local politics) wants: more lower-educated people, more people who follow without thinking or questioning, so in that case it totally makes sense. Oh by the way, it was forbidden to make photos, so here you have some:  ​ 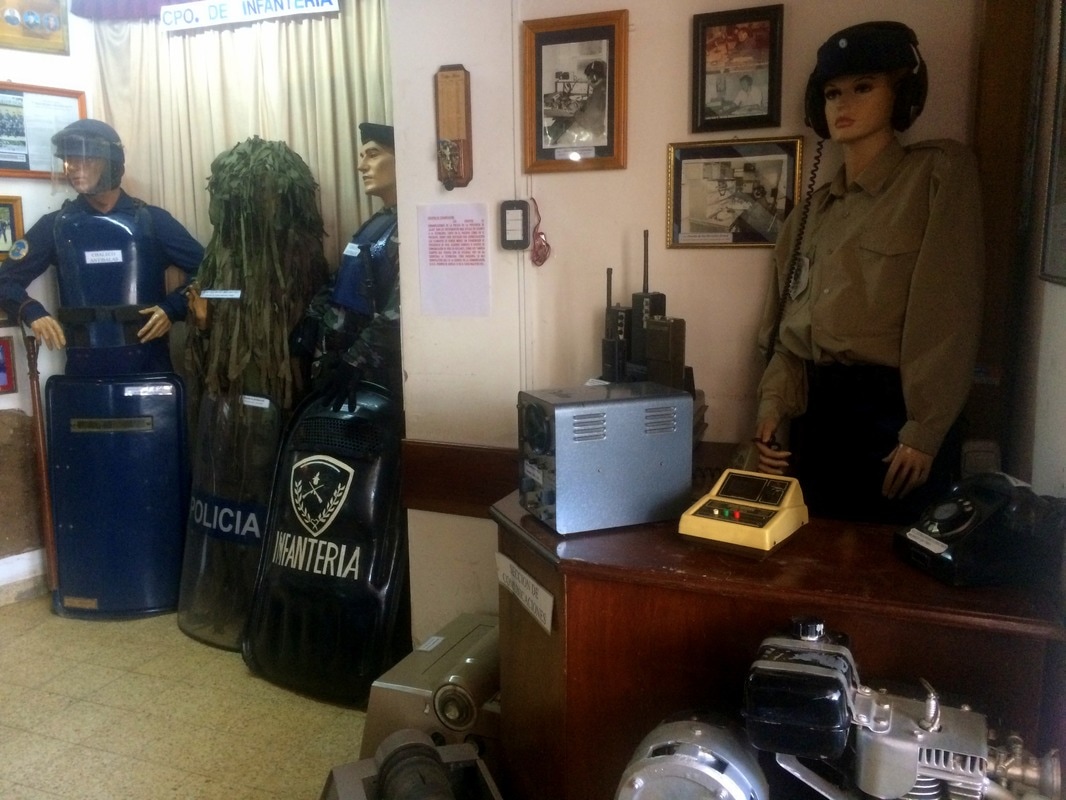 I concluded the day with a merienda at a vegan bakery. Yup, what are the odds, this city is swarming with vegan businesses. Jujuy’s last charm offensive to guarantee it won my affection. Well, it did, a 100%.

I returned to my temporary mansion again, I did my homework. I could use some days in a hammock next to the pool. I knew Facundo usually hosts people for a maximum of two days, but I was hoping for a bonus. So I locked myself up in the kitchen, no better strategy than buying people’s affection with food. It worked, obviously.
​
“You think I let you go?”, he shouted, “If you won’t marry me I’ll enslave you. Here’s a phone, call your family you live in Jujuy now, in my kitchen, cooking for me all day.” 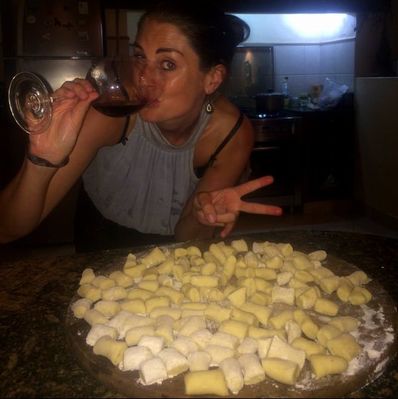 Laughter is the language of the soul.
- Pablo Neruda
In order to support the travelers’ community, I spend many hours per week to adequately document all information and advices for prospective visitors, accompanied by a (hopefully) entertaining insight into my personal observations and experiences. This service is and will remain free. However, if you voluntarily want to make a contribution and support my travels and thus the creation of new stories and information supply, here is the button you’re looking for:
Donate
​Related:
- Go to the Argentina Page for more blogs and hitchhike adventures!
- Where Le Petit Prince started... Peninsula Valdes, Argentina
​- Le Petit Prince in theatre in Queretaro, Mexico
​- Where Ruben Dario once lived: León, Nicaragua
- Visiting the town of Hans Christian Andersen: Odense, Denmark
​- Following the footsteps of Fernando Pessoa: Lisbon, Portugal
​- Discover Romania's enjoyable cities: Bucharest, Brasov and Cluj Napoca