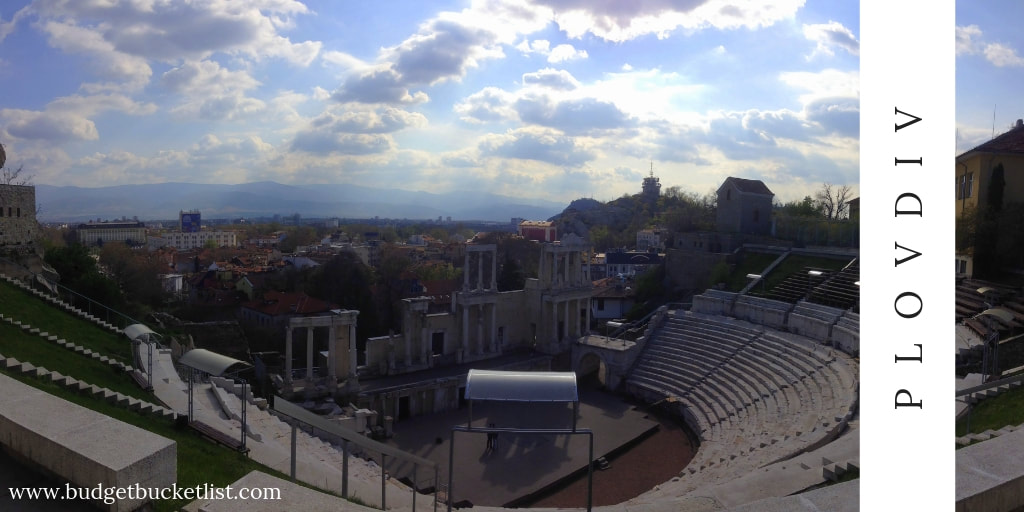 “I’m travelling to Bulg…” – “GO TO PLOVDIV!” Every time I wanted to share my Bulgarian travel plans with anyone slightly familiar with this exquisite country, I was unable to finish my sentence before the nation’s golden asset  - its coziest and historically strongest appealing city - was slapped right into my face. And also I will do so in the future, as it would be a downright crime to travel Bulgaria and scratch Plovdiv off the itinerary.

One would need full books to put the exact finger on Plovdiv’s undeniable charm, but in this article I’m going to make a fair attempt to narrow it down. Roughly, the city’s downtown area can be divided into three distinguishable areas. One of them, the main shopping area, could be easily shuffled aside when it comes to touristic interests (even the Bulgarians prefer to move slightly southward to Turkey when it comes to their shopping sprees – way cheaper). The only significant sightseeing-stops in this stretch of Plovdiv are the Milyo The Crazy Statue (Plovdiv’s mentally unstable joker who apparently had a gigantic penis – don’t ask me) and the excavations of the ancient stadium of Philippopolis (Plovdiv’s Roman name), built in the 2nd century AD during the reign of Emperor Hadrian and originally stretching out under almost the entire length of the main shopping street. While checking out these ruins don’t forget to look sideways to the Dzhumaya Mosque, reminding of the conquest of Plovdiv by the Ottoman army (it was a cathedral first).

Too busy to read now? No problem, save it for later!
​Save on Get Pocket | Save in Browser Bookmarks| Save on Instapaper
Old Town

However, to really dive face-down into Plovdiv’s historical records, a visit to its ‘old town’ is an obligated pit stop. Its poster boy, the Roman Theatre, truly is a feast for the eyes. One that we almost would have missed out on, if it weren’t for the 1970’s landslide that uncovered this pearl of Roman Thracian times which was slowly buried underground in the subsequent (Byzantine, Ottoman, Eastern Rumilian and Eastern Bloc) time blocks. The times of gladiator fights against animals are (luckily) over, but nowadays it’s still put to use as a music venue for opera plays and million-dollar-acts such as Devin Townsend, Placebo and Tom Jones.
​
While strolling through the perfectly preserved streets, enjoying the over centuries accumulated charm, have a glance at the traditional houses that are all built with smaller floor plans than the higher-built stories. Outsmarting the government by tax evasions has always been in fashion! To learn a bit more about the background stories of its elitarian residences I recommend to hook onto the (not-entirely-)Free Plovdiv Tour, kicking off every day at 11AM and 6PM in front of the Municipality Building (you’re good to arrive late, the first 25 minutes is wasted on asking every single participant about their nationality – who cares – and unveiling the entire life history of the tour guide).
Kapana

But now it comes. However amazing Plovdiv’s historical town might be, it’s nothing unheard of within European context. That’s why Americans and Australians visit Europe right, to see history that goes a bit further than their hometown’s oldest bridge or coffee shop straight out of the 1920s? What I loved so much about Plovdiv is that it does both: It preserves its historical heritage, but it also enhances the development of upcoming cultural streams. The fantastic result of that is Kapana, the colourful maze-like neo-avant-garde neighbourhood bubbling with modern creative culture: A hotbed for street art, a contemporary food scene and sophisticated yet intimate nightlife.
​
Mind my words, once you discovered this delightful area you simply don’t want to leave (or you can’t, because its street plan is an unsolvable labyrinth). 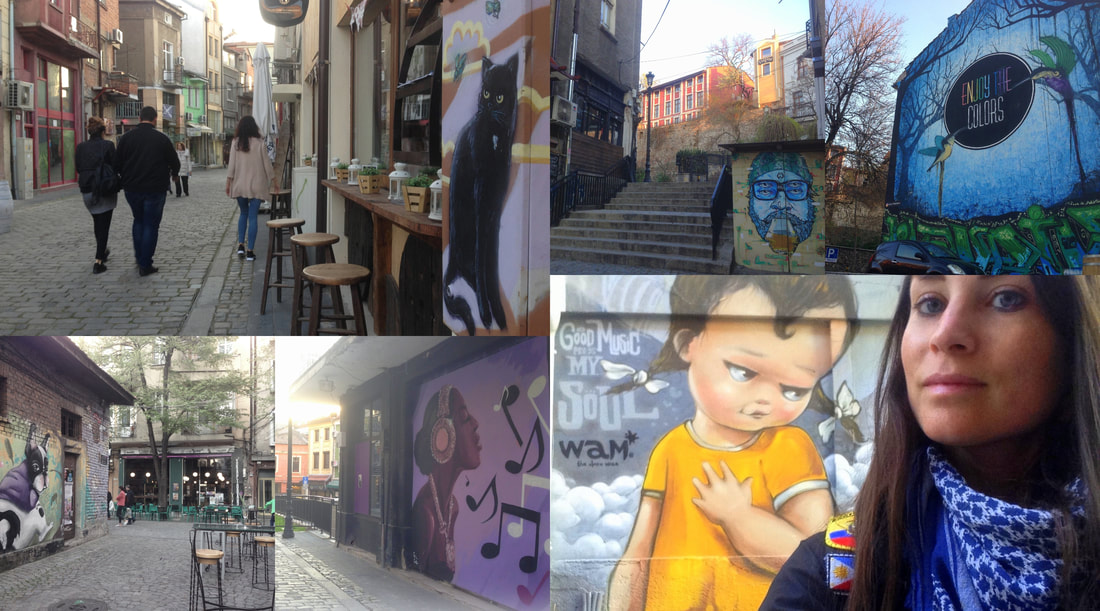 It doesn’t get any better, does it? It does: all what I just described is entirely free to check out (except of the Roman Theatre, but you can literally look right through its gates for the exact same, but penniless, view).

Three elements make Plovdiv what it is, looking at the material side of it… but I’m forgetting one crucial abstract component that gives it all meaning. Its people. My network stretches far and wide, its tentacles spreading all the way into the southern Balkan… leading me straight into the friendly embrace of a Bulgarian family. If there’s one thing I learned, it's that there’s no such thing as a language barrier in this country, as the spoken word is merely defined by what comes out of the mouth… but Bulgarians speak from the heart. Not only will they go out of their way to make sure a foreign visitor will have an unforgettable experience on their lands, inviting you into their homes, feeding you the extensive taste variety of home-made local cuisine, introducing you to their friends and family… but more than that: They will make you feel like you belong.