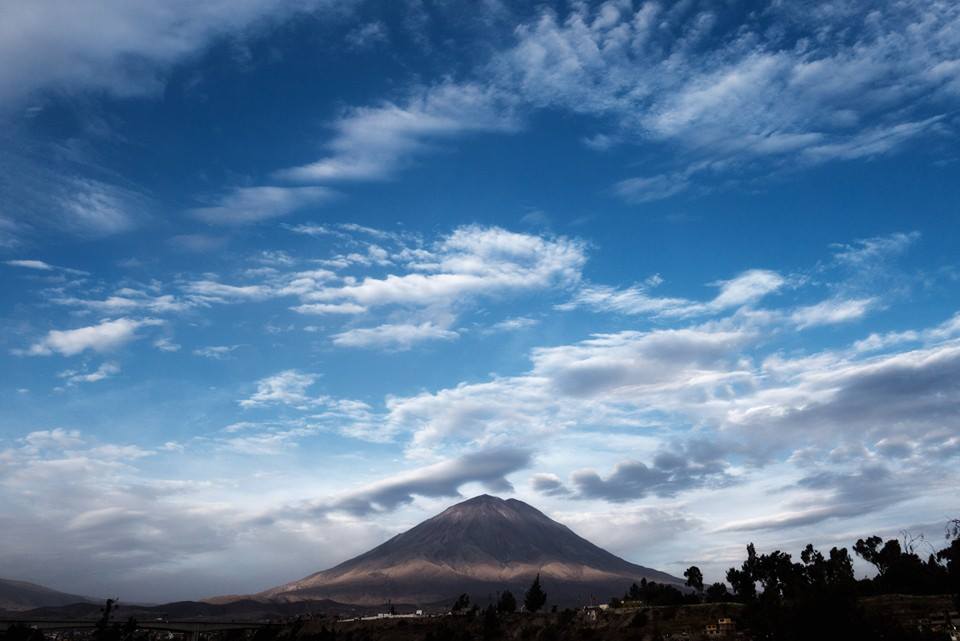 Arequipa was worth the bus trip. And that really means something. At the time I rocked up at the bus terminal, the only option was to wait 5 hours for an 11-hour local night bus* to the so-called ‘white city’.This bus mentioned reeked like someone died in there a couple of months ago.  On top of that, the person right of me had a body odor of minced meat (how?) and the person on my left hand had breath that smelled like thrown up horse, and he off course snored the whole night through with that same mouth wide open. I arrived in Arequipa at 4AM and as I couldn’t check in yet, I slept on the ground in the TV room. Oh, the romantic life of a budget backpacker!

* Not up for that misery? Check out car rental, which turns out to be ridiculously cheap in Peru. 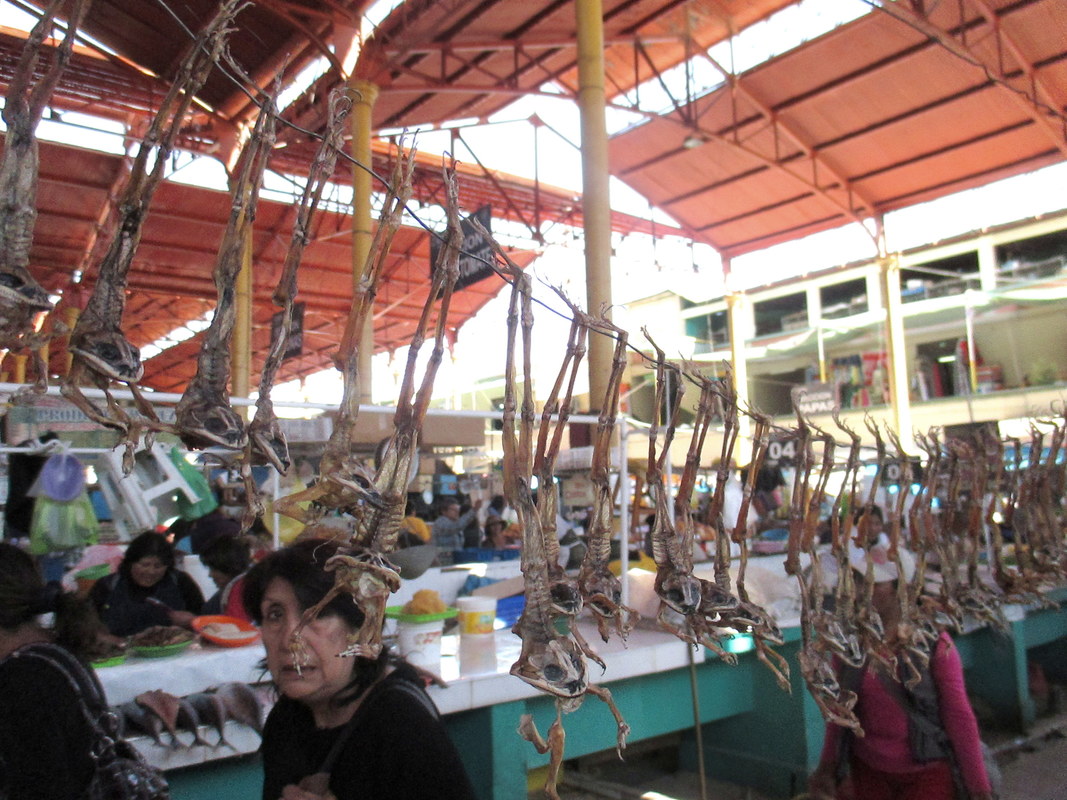 Now of course, because you empathize with me, you hope I’m now starting off a blog about my splendid time in the magnificent colonial pearl of the south and my adventurous explorations of the famous Colca Canyon. But no, none of that.

I had explored the well-known Peruvian kitchen too and unfortunately hygiene-wise that’s not always as spectacular as taste-wise. Helloooo ‘explosive’ intestines! 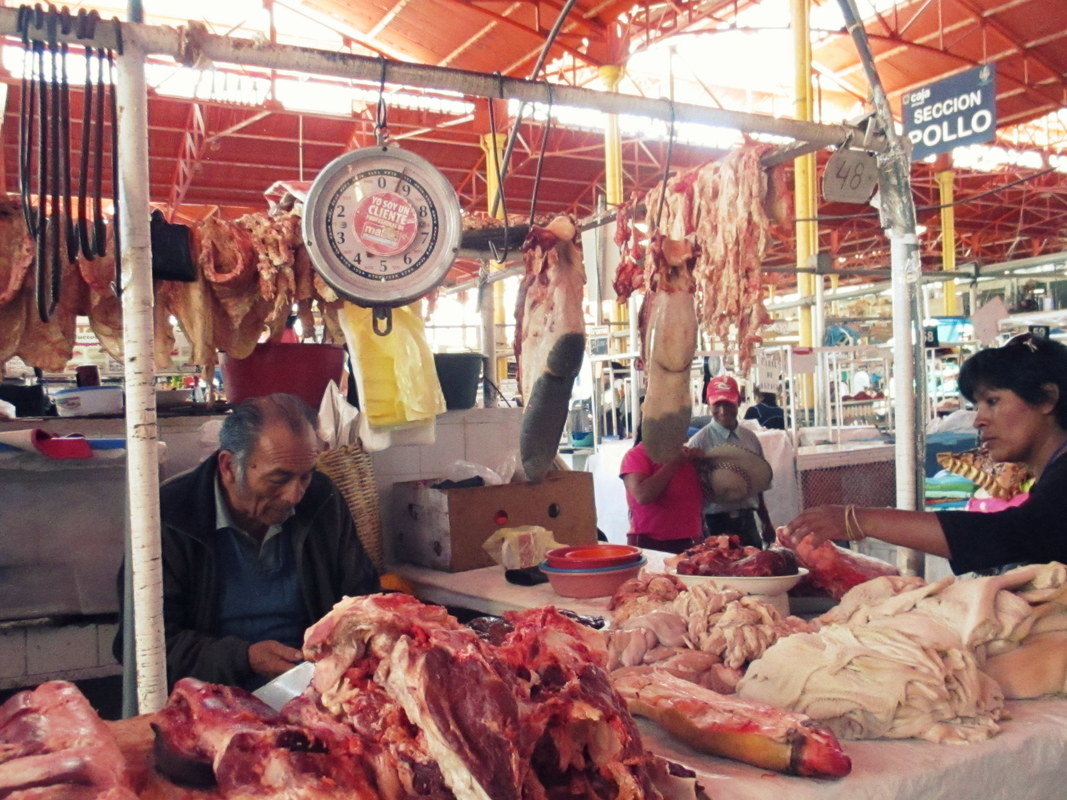 If food stayed inside of me for 15 minutes, this could be considered a record. In between puking sessions I tried to explore the colonial city and its pleasant beauty. It reminded me of Bolivia’s Sucre: Relatively quiet, livable, serene and yes, very white. The white colour of the buildings is related to the volcanic stones coming from the three volcanoes that surround the town: Misti, Pickchu Pickchu and Chachani, which can be admired from the city streets. I visited a handful of the many pretty churches and lit some candles to remember my grandmother who I still miss every day.
​As I’m just too restless to surrender to my weakness I headed to the free city walk (yes again), which appeared to be the lousiest one of South-America so far. The guide was just full of shit. Did you know if you want to make photos of the condors in the Colca Canyon you just have to shout ‘picture!’ and they will photogenically look straight into the lens? No? Of course not, because this is complete nonsense. However, I did have the chance to meet the Spanish Raúl, who was a real enrichment of my stay in Arequipa and with whom I could luckily spend much more time the days that followed. After the tour I headed to the San Camilo market to refresh myself with some sweet chicha morada (corn drink) and rocoto (stuffed paprika) with papas rellenas (stuffed potatoes)... freshly puked out again.
Next on my personal program was the Museo Santuarios Andinos, where you could see the dead body of a sacrificed Inca girl. Because I like creepy weird stuff. The Inca’s in this region saw the volcanoes as gods, and every time these ‘gods’ got angry they thought it was a splendid idea to already give some human lives to them before the higher forces would take some themselves. And it seemed legit to select young children for that, as they were ‘pure’ and (hopefully) still virgins. Alright, I guess not all facets of Inca civilization can be considered superior.

That day I still found the time to study Spanish for two hours over a decent cup of coffee (yes, it exists in Arequipa), check out an exposition at the Centro Cultural Peruano Norteamericano and visit the Cathedral for free. And just like that, I felt like without rushing anything I really saw everything I wanted to see in this city in just one day.

Good for me, because I was about to see nothing more than toilets for the next days to follow. 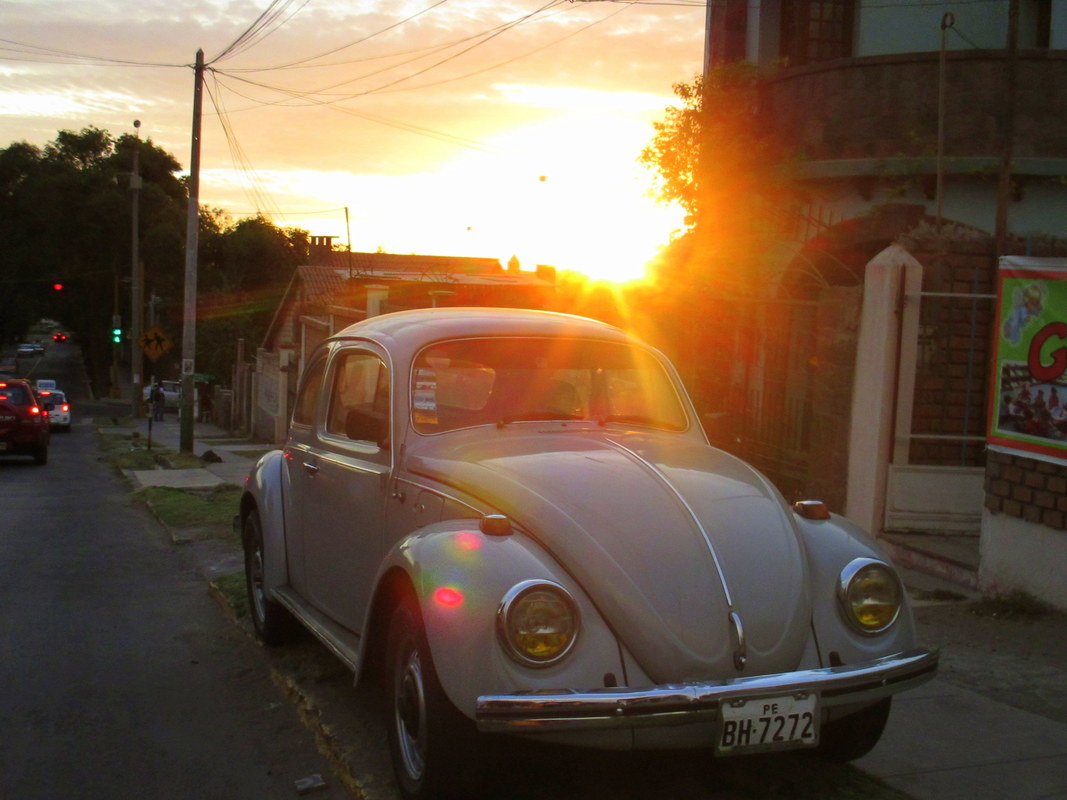 I stayed here about 1,5 week because I was too sick to continue. Instead I developed a more profound relationship with my hostel’s bathroom. But there’s something scenic about vomiting in between your legs while seated on the toilet as well, don’t you think?

In order to support the travelers’ community, I spend many hours per week to adequately document all information and advices for prospective visitors, accompanied by a (hopefully) entertaining insight into my personal observations and experiences. This service is and will remain free. However, if you voluntarily want to make a contribution and support my travels and thus the creation of new stories and information supply, here is the button you’re looking for:
Donate
Related:
- Where to next in Peru: Cusco, Machu Picchu, Huacachina, Huaraz, Cajamarca, Lima or Puno?
- Ayahuasca in Peru: Valle Sagrado
​- The city that smells like eggs: Volcanic Rotorua, New Zealand
​- Free healthcare in Argentina
- Private healthcare in Brazil
- Getting hospitalized in El Salvador
​​- A genital injury in Mexico. That hurts.
- A hospital experience in Tegucigalpa, Honduras
​- Why it's wise to have your yellow fever shots when travelling in Central America
- A vegan on a meat and dairy farm in Paraguay
​- The streetfood of Ecuador: Cuenca
- A streetfood tour in Cartagena, Colombia
​- A lesson in Belizian streetfood: Belize City
- The pupusas from El Salvador: Suchitoto
- Mexican cooking classes with a Couchsurfer: Valladolid
- Colonial city in Argentina: Salta
- Colonial city in Uruguay: Colonia del Sacramento
- Colonial city in Bolivia: Sucre
- Colonial city in Colombia: Cartagena
- Colonial city in Ecuador: Cuenca
- Colonial cities in Brazil: Ouro Preto and Paraty
- Colonial city in Guatemala: Antigua
- Colonial cities in Nicaragua: Granada and Léon
- Colonial cities in Mexico: Merida, Oaxaca, Puebla and San Cristobál de las Casas
- Inca heritage at Copacabana, Isla del Sol
- The MAAM Museum in Salta, Argentina and its Inca children
​​- Diving into Malaysia's history: Melaka
​- Korean culture at its finest: Explore Gyeongju!
​​- History preserved: Time capsule of Romanian culture Maramures