Download File
If you’re in Uruguay you can’t leave without visiting its capital. It’s a matter of decency.

So there I went. Out of Colonia I took the 2,5-hour bus. I didn’t read, I didn’t play videogames and I didn’t sleep: I just stared out of the window the entire ride and pretended I was watching National Geographic Channel on a very big screen. Uruguay’s country side is beautiful.

Just before you’ll drive into the suburbs of Montevideo you will pass the colourful slums, filled with improvised houses made of plastic and crimp, but also with people giving you an honest smile. 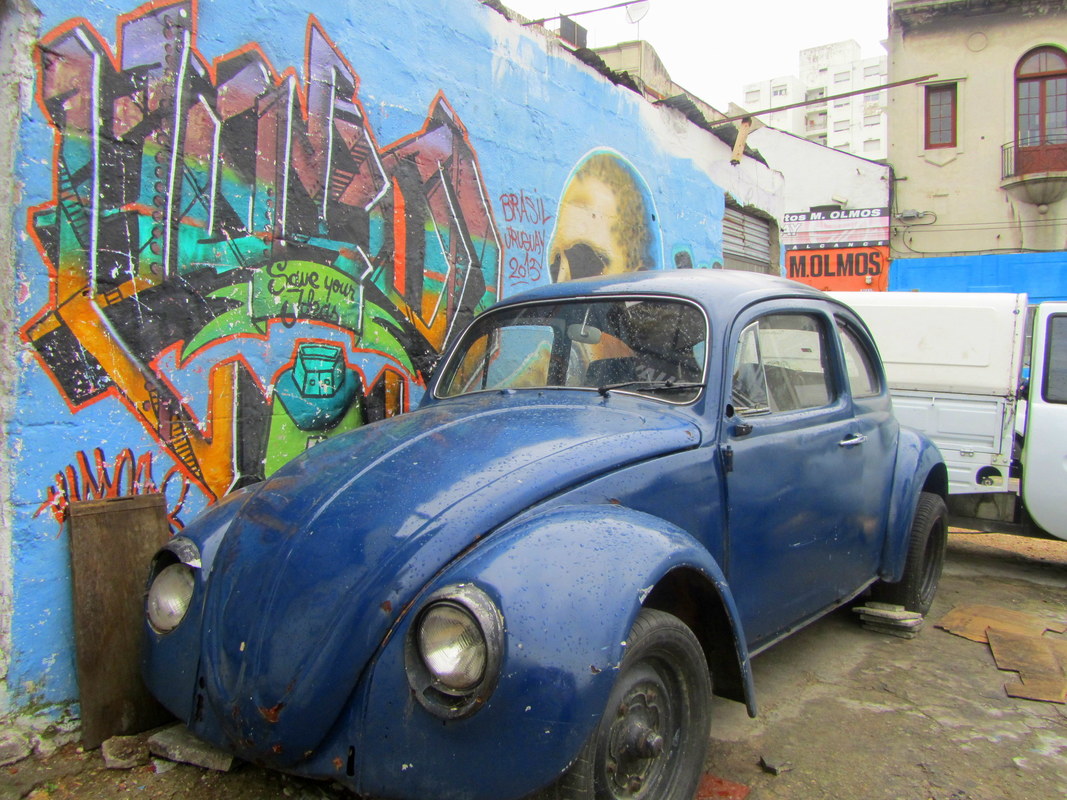 ​Trying not to be the classic spoilt foreigner I took the 25-pesos public bus to the El Viajero hostel I booked, backpacked on the back and front. However, the directions given to me by the receptionist were accurate five years ago, when the hostel was situated at another location. It must have been quite a show seeing a girl with a Quasimodo-backpack bigger than her own body, sweating like a construction worker, climbing uphill like a bewildered rhino. I was even more aware of this situation once I noticed I was surrounded by gorgeous men. Single ladies, gather together, I will reveal a well-kept secret: Forget all dating websites and dodgy swinger clubs, treat yourself on a one-way ticket to Montevideo. Get yourself some dark puppy-eyes with those sensual long lashes. Just Google James Franco and you get the idea. 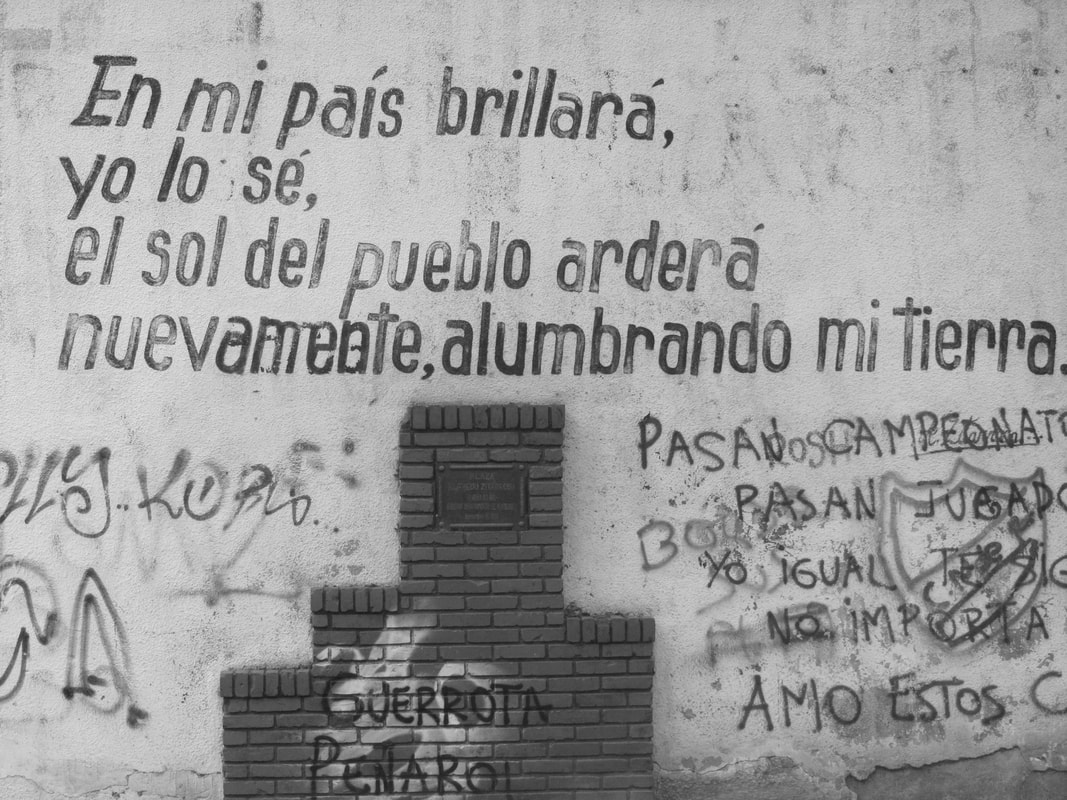 Once I entered the hostel and an upgrade of Enrique Iglesias had checked me in, I started to do some sightseeing. On the Triposo-app I created  a city walk along the National History Museum, which has no entrance fee. It would have been nice if I could have found it though.

The Rambla here is everything Barcelona’s Ramblas is not. It’s a long, quiet avenue all along the Montevideo coastline where you can entertain yourself by watching the Uruguayans work that body (or join, like I didn’t). There are even public fitness devices on the sidewalks. At the industrial port I took a turn to the old city, Ciudad Vieja. I was impressed by the beautiful Teatro Solis and could immediately join in a tour (50 pesos) through the interior. #1 attraction if you ask me!
​From there you can walk to the square and check out the massive statue of José Artigas, the ‘father of the Uruguayan independence’. His remains are located under the statue, permanently guarded by two traditional guards called ‘Blandegues de Artigas’. You can visit this mausoleum for free.

Subsequently I headed to the ‘El Cabildo’ museum, which was unfortunately under renovation and couldn’t be visited. I had this same amount of luck when I tried to visit the Central Cemetery the day after (yes I am a bit morbid), which was closed. The Legislative Palace, where the parliament meets, is worth the walk though! On the way I acquired myself some Uruguayan mates as I helped pushing a Beetle that broke down… and that is the true highlight: Blending into this open, charming and rich culture Uruguay has.
In the evenings I returned to the hostel, which felt like an inner-city oasis of peace and music. Everyone gathered around, shared food and listened to the Uruguayan Féderico letting his acoustic guitar weep into the night. For some reason, every Uruguayan man can play guitar. Instead of an Action Man they give little boys a tiny guitar I guess. Tiptop nurturing, if you ask me.
​
Unlike the huge crowded nightclubs in Buenos Aires, this capital city has some small, modest bars where you can join the locals for a drink... bringing a toast to the communal pleasure that is Montevideo.
I ended up shortly returning here in 2016, on an Uruguay trip with my lovely mother: 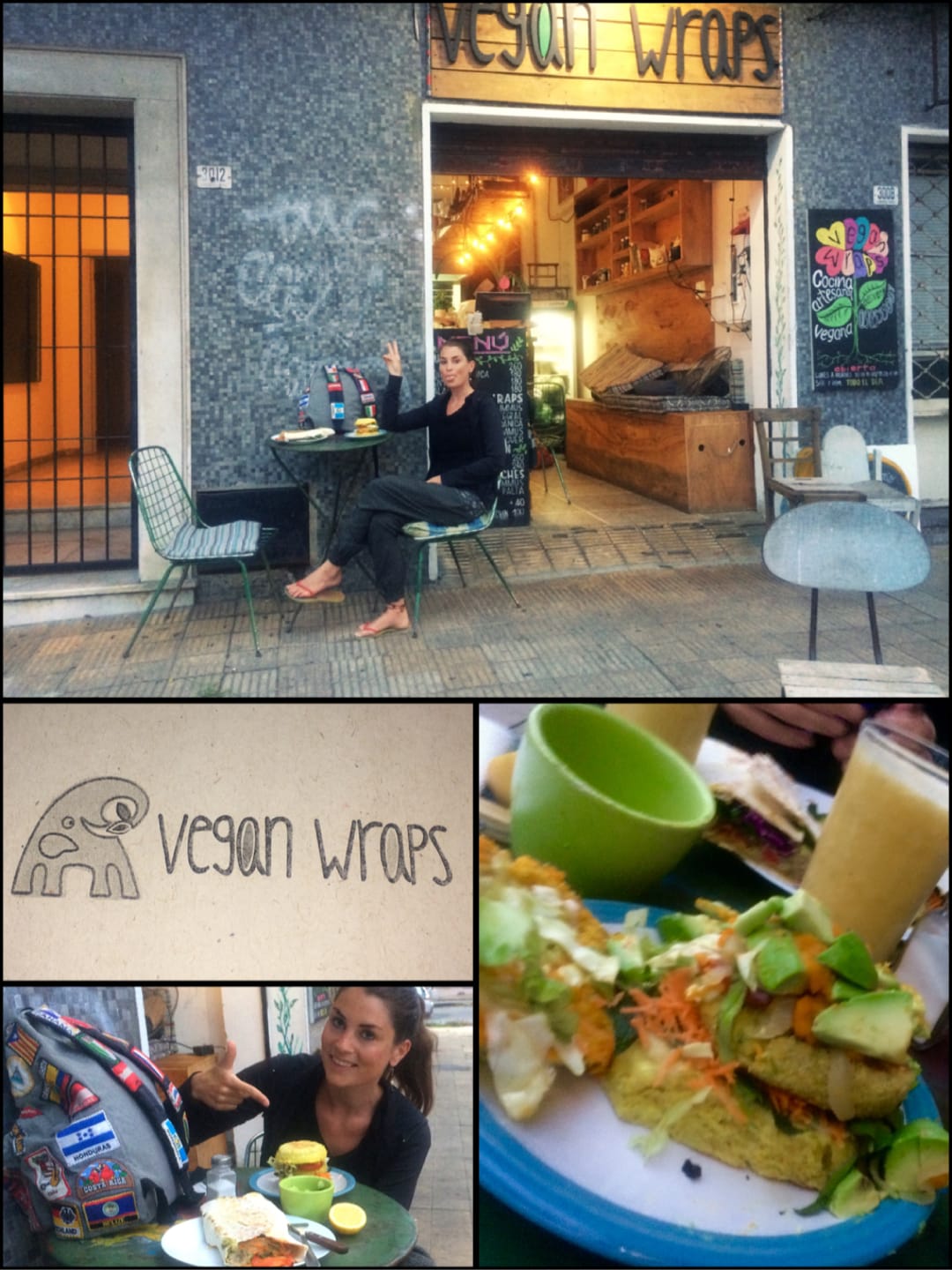