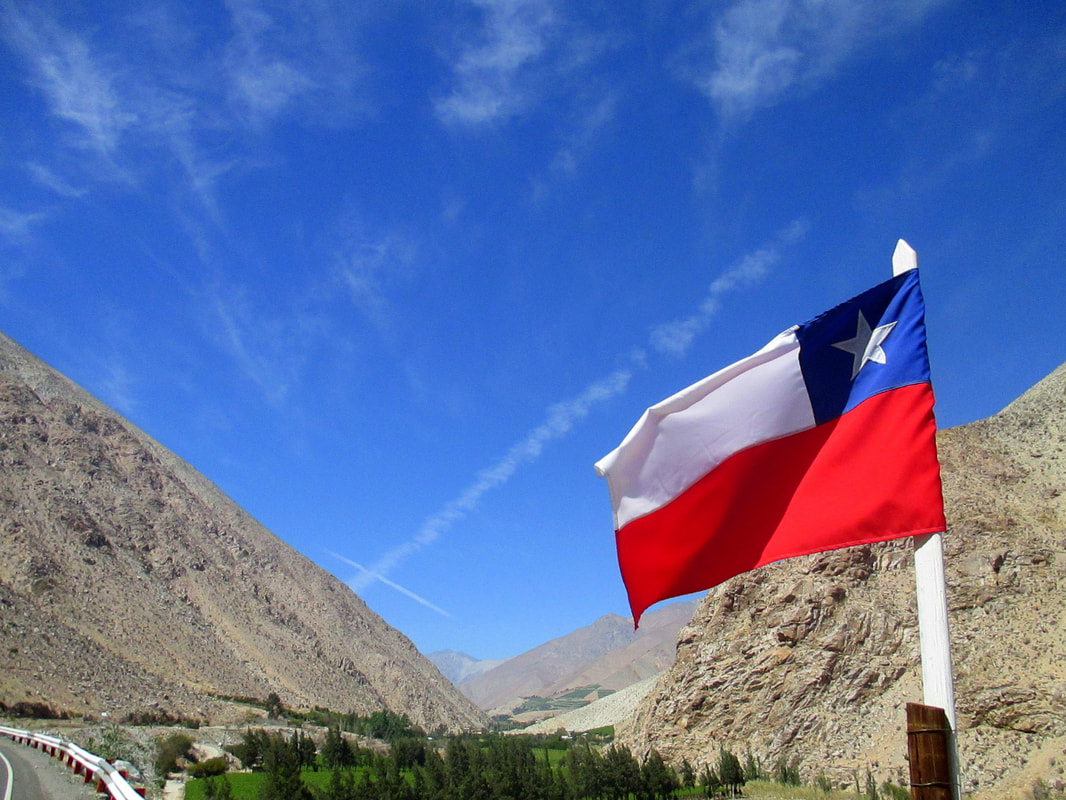 In the house of musicians where I was staying in Santiago I asked which destination up north I should go next. A hurricane of stories about naked swimming, stargazing and drinking pisco sour in Valle Elqui followed. I decided to go straight to the core, the little village of Pisco Elqui where fields full of pisco grapes dominate the landscape. After an 8 hour drive from Santiago (which I survived thanks to the Chilean music of Chico Trujillo), I crashed in a hopedaje in La Serena, a town in which I had no interest of visiting. The morning after I continued my travels to Pisco Elqui, where the dry cactus-covered mountains contrast dramatically with the green grape valleys.
​Due to too many witnesses I skipped the naked swimming and decided to visit the Pisco Mistral distillery with an Australian lady I met in Valparaiso and now again in the bus. Pisco is a drink made of pisco grapes, but is produced as a brandy. The percentage of alcohol is an average 30-43% or more. Now I can easily down a pisco sour cocktail or eight, but the pure version just burns a gaping hole in my throat. It reminded me of my other alcoholic enemy: whiskey. Blegh.
I decided to have dinner with three friendly reli-boys from Australia. After I playbacked the prayers I never heard before I dived into my pastel de choclo. This corn dish with veggies, cheese, chicken and beef* was a welcome Chilean change after the salad and sushi I have been eating.
​
*Pre-vegan era, there ya go 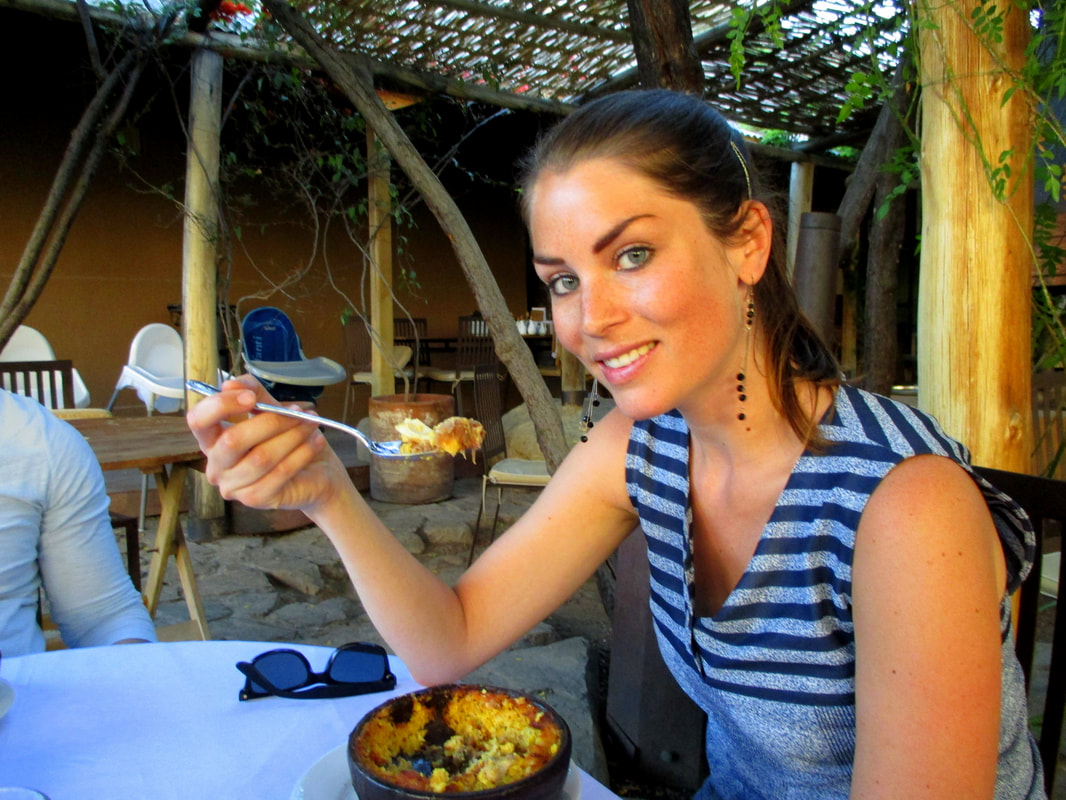 You see, Chileans deep-fry almost every piece of food they can lay their hands on. And if they can’t deep-fry it, they enrich it with a few kilos of sugar. Not only do I not enjoy greasy or sweet food, as a 27-old vain woman I have a belly and bum to look after. While traveling by bus I have to deal with the limited availability of empanadas (huge meat pastries) and italianos (hotdogs with both chili sauce, guacamole and mayonnaise: the colors of the Italian flag).  I compensate that by unfortunately skipping many meals, also due to the limited availability at bus terminals and businesses that close for three hours during siesta. So healthy, traveling.

Energized by the choclo I started my astro tour. 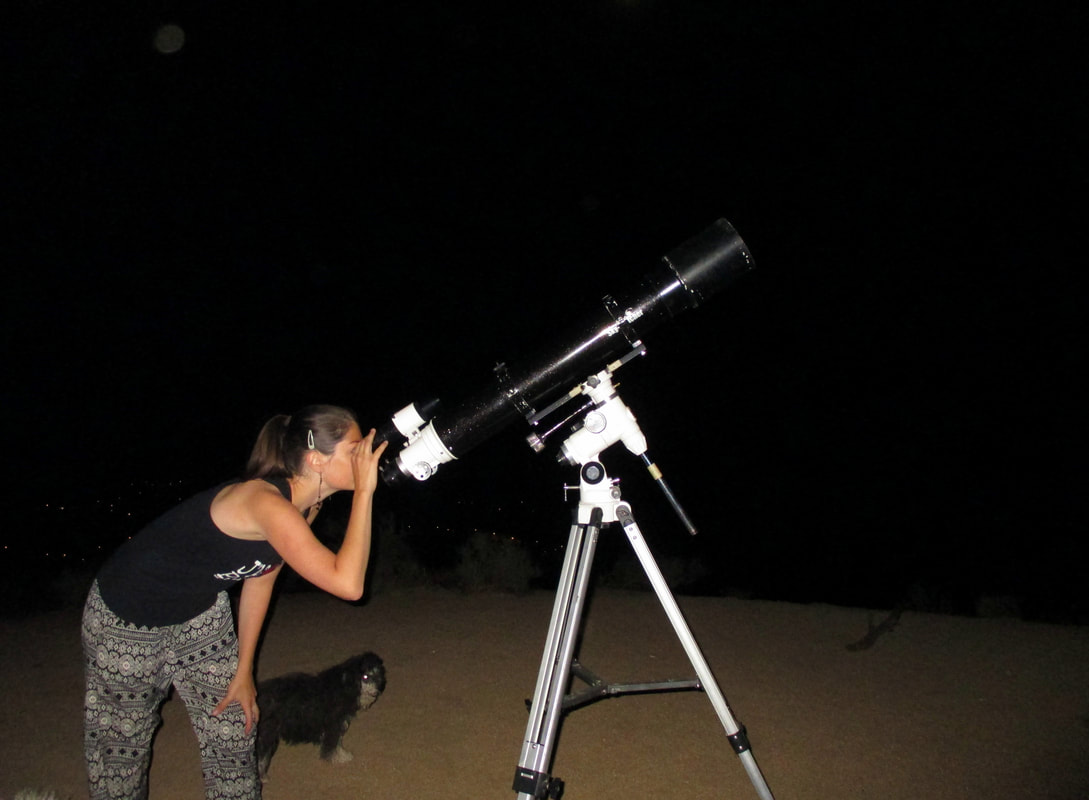 ​A tour, but you hate tours right? I indeed do, but the idea of me climbing some deserted mountains in the dark all alone doesn’t sound particularly safe to me. Also, it was a nice bonus that the guide, and not me, carried the 30 kilo telescope all the way up. The fact that it was full moon and the stars were less visible didn’t diminish the magic. In fact, the moonlight lit up the whole surreal landscape of the Elqui valley and revealed stunning views. For hours I stared at the galaxy, while the Chilean next to me mumbled about Saturn and Orion.
​After a short night I packed my bag again. Not because I didn’t enjoy Pisco, but because accommodation (as well as transport and tourism) is European expensive in Chile and I therefore need to keep on moving. But not before I rented a mountain bike to race around the breathtaking dry, cactus-covered mountains of the boiling hot Elqui valley. This was a great decision. At some points I was descending so fast that the tears streamed out of my eyes, at other times I climbed up so steeply on my bike that my muscles almost burned their way out of my legs. What a feeling! 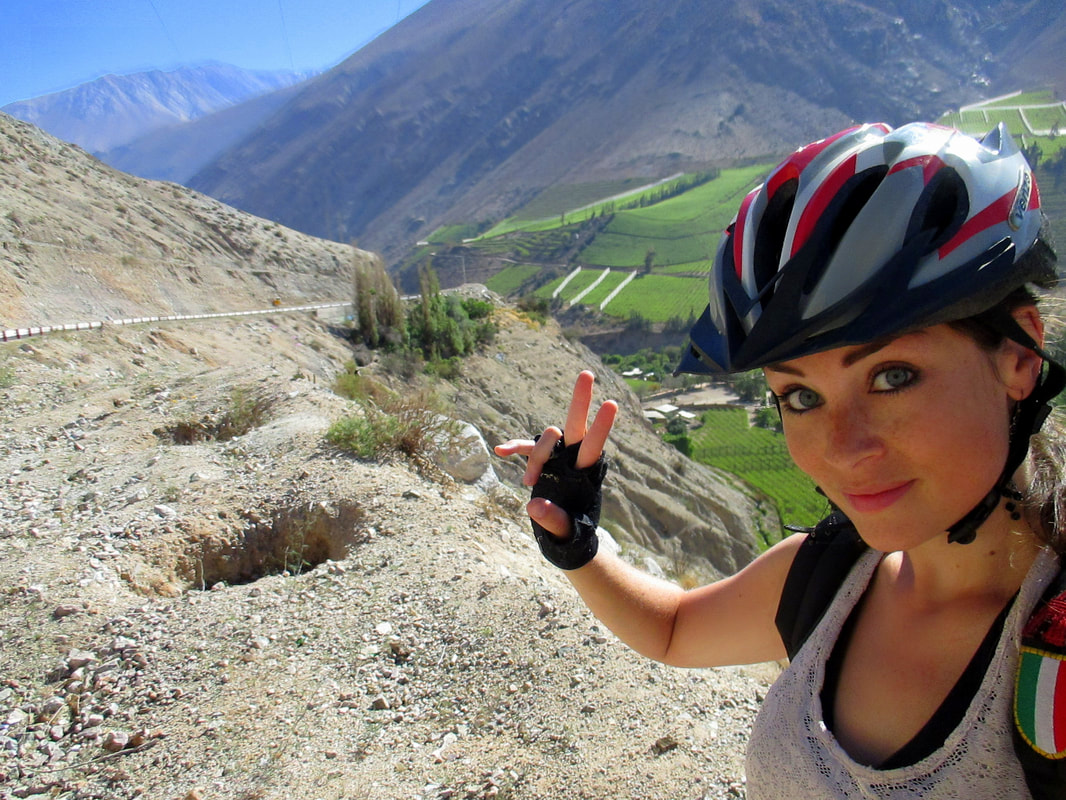 [Intermezzo: For some wicked reason all of my (MANY) accidents need to look funny. And make me look like a total retard. It started when I was only 6 and tried to hurdle. My shoe lingered over the low hurdle and I fell flat-faced on the ground and broke my arm. After this I developed a pattern. I ripped my leg open and needed to be stitched up after I tried to show off how flexible I was on the bridge at school gym. I cut off all the skin of my finger (the whole bone was visible) with scissors when I tried to make puppets out of chestnuts in autumn. I lost consciousness after I tried to cut some cheese and actually cut my wrist open, straight into my aorta (many people started conversations about the beauty of life after that). At 17 I climbed a bike drunk and fell off at the other side. This was not enough, I run into another cyclist, got launched off the bicycle, made a sliding on the street, lost consciousness and ended up in the hospital with stitches in my knee, hand and mouth, a concussion and a face that looked like a thrown up pizza. I broke my arm again when a fat women launched me off a metal plate that was placed on the street by construction workers. 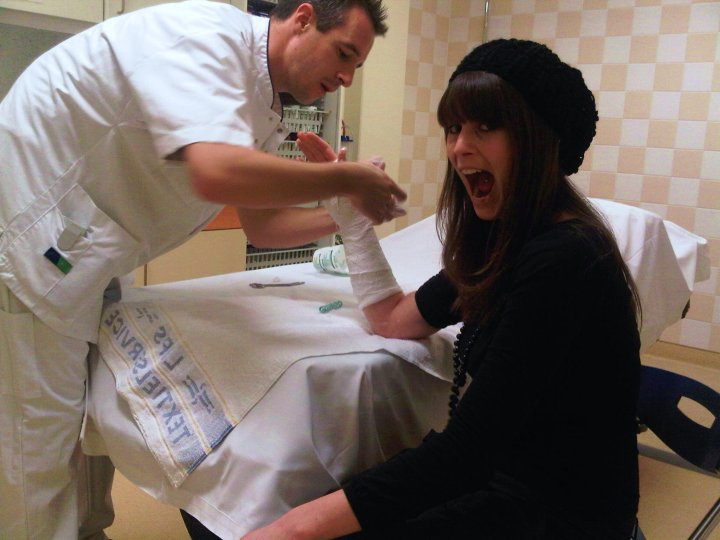 Shortly after I ended up at First Aid with symptoms of hypothermia when I run straight into a pond which was covered in moss, so I thought it was grass. Correct, I was drunk. Recently I was picked up by an ambulance when I pulled the brakes of my bicycle in a steep turn. I actually made a summersault and hugged the asphalt with my belly and face, after which I couldn’t breathe anymore.]

Proudly I present a new one on the list:

While descending a mountain with 60KM p/h, two street dogs decided this was the supreme moment to chase me and run in front of my bicycle. In order to avoid a rabies bite I crashed, cut my throat and chin, scratched my boobs, colored my leg blue/purple and ripped the skin of my fingers.

Well now, I do like dogs in general, except that business of shamelessly sticking that nose in my vagina, what’s the deal with that? But this is just low. Cats would never be jackasses like that. But as usual, after something bad something good happens. A charming old couple ran out of their house, brought me tea and fruit and fixed me up with iodine and bandages.
These heartwarming moments bring back faith in humanity.
​
I continued my trip with a backpack filled up with oranges and avocados out of their own backyard and biked until the couple waving at me in their doorway became a little dot.
In order to support the travelers’ community, I spend many hours per week to adequately document all information and advices for prospective visitors, accompanied by a (hopefully) entertaining insight into my personal observations and experiences. This service is and will remain free. However, if you voluntarily want to make a contribution and support my travels and thus the creation of new stories and information supply, here is the button you’re looking for:
Donate
​Related:
- Go to the Chile Page for more hiking and biking adventures!
- Mountainbiking the Death Road in Bolivia
​- Argentinean wine adventures in Mendoza
- Visiting the Uruguayan wine region: Carmelo
- Terrible Bolivian wine in Tarija