Download File
I read Sorata was the town tourists had forgotten about. Good, just what I’m looking for.

So I headed to the Cementerio General in La Paz to take a local collectivo (minibus) that drove me to this undiscovered gem.  My backpack was loaded on the roof of the van, together with 11 mattresses. And 80 bottles of soda. And 15 bags of food. And a goat. Before we took off all windows were opened for the street vendors, and my fellow bus travellers stocked up on their shampoos, pens and scissors… apparently stuff they thought they might need en route. Buried under the pleated skirt of the traditional Bolivian lady (cholita) next to me I helped to write all the names of the passengers down, as I was the only person in the bus that could read and write. Analphabetism is a major concern. 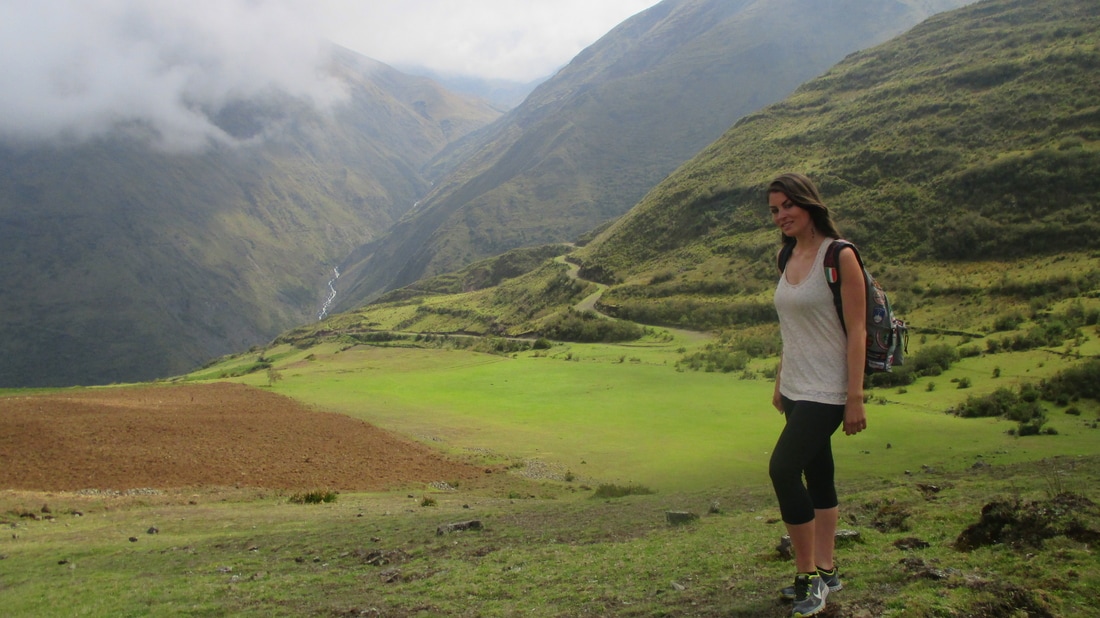 During this uncomfortable but breath-taking ride all the way down the valley, I witnessed my Bolivian fellow travellers throw all their garbage out of the window: plastic, bottles, diapers, it didn’t matter. This surprised me. With everything Bolivians do in life they honor Mother Earth, Pachamama: They burry lama fetuses under their houses as a sacrifice (apparently killing Mother Earth’s creatures is a way to honor them), in construction work they even illegally sacrifice human lives (supposedly beggars), and when they drink they throw a bit of booze on the ground for this Holy Mother. But at the same time they apparently threat Her, literally, like garbage. I got awaken out of my thoughts when I heard a bag falling off the rooftop, and I prayed (maybe to Pachamama) it wasn’t mine. 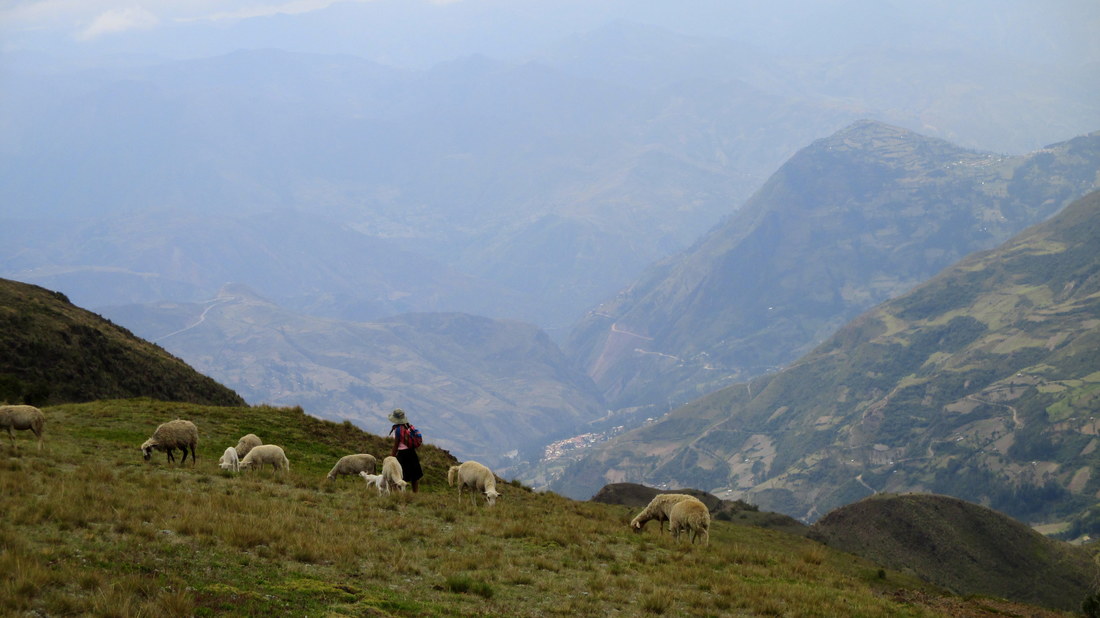 ​Me and my backpack checked in at Hostal La Panchita, where I paid 35 Bolivianos (€4) for my own private room. I wandered around the markets to buy some mouth-watering avocados and tried to fix a mountainbike for the next day. Too bad, it was off-season and the only guy renting out mountainbikes was chilling in Chile. Luckily I ran into a Dutch-American couple, Ruben and the-girl-with-the-unpronounceable-name (TGWTUN after this). They just hired a guide to take them to Laguna Chillata the day after, a hike of approximately 7 hours, and invited me to join them.
​I knew this was a good and safe option, as Ruben appeared to be the most risk-averse person I ever met, even for Dutch standards. Quite the opposite of me: I am absolutely not naive and especially in a quite dangerous continent like South America aware of the risks of a woman travelling alone, so I don’t take any chances with that… But I think being a bit reckless and living on the edge makes life way more interesting. Nevertheless, Ruben and TGWTUN were great company when hiking straight through the clouds in the high altitude, from 3500m above sea level to 4200m. 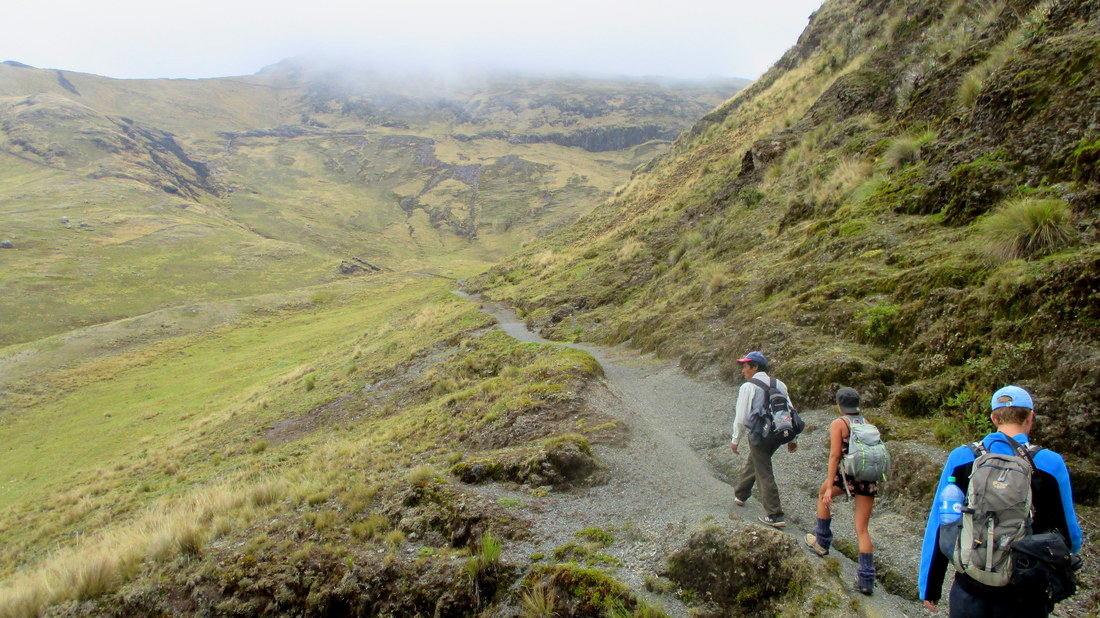 After 5 days in La Paz (3650m) I was quite used to the altitude, and I chewed the dizziness away with a stash of coca leaves. TGWTUN, however, sacrificed her complete breakfast to Pachamama on her way up, as the altitude sickness hit in hard. Ruben had some struggles of his own, as he seemed to be afraid of heights, and the paths are never wider than half a meter and look straight down the bedazzling steep valley. Talking about living on the edge. The climb up was literally breath-taking. Not only because of the lack of oxygen high up and the steep uneven dirt road, but the views, especially on the way back, were absolutely world class. The laguna was a nice destination, but it was really the hike itself that was worth the effort.
During lunch, with a first class natural view, Ruben told me he has been travelling down from Mexico and took a full year to explore every single piece of land down to Bolivia. The naturaleza in Peru and Bolivia appeared to be the most amazing so far (obviously he hasn’t seen Chile and Argentina yet), but the Bolivian people he thought were the worst, especially compared to the Colombians. I have to agree that the Bolivians are not as actively open to foreigners compared to the Argentineans, Chileans and Uruguayans, and can be quite rude sometimes. I get it though; my fellow-Europeans (the Spanish) have suppressed their indigenous folks for centuries. I would be suspicious too. However, I did experience that everywhere in the world people are a mirror of your own behavior, and if you make an effort every Bolivian will brighten up. ​
After I kissed them goodbye I threw my backpack on the collectivo-rooftop again and took the 4-hour ride back to La Paz, where a Halloween party in the Wild Rover sausage-fest hostel was awaiting me. 90% male travellers, drunk, high and horny… talking about machismo. This was a looooong day, and I'm glad it was, as it was absolutely incredible. 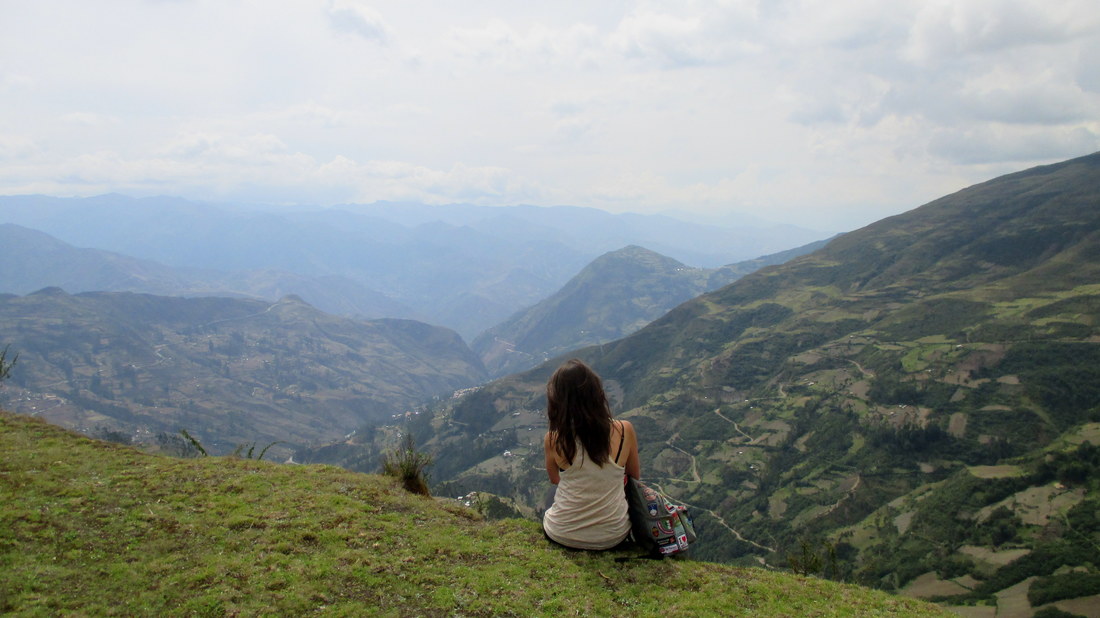