Download File
In Mendoza I hesitated with my wine-infiltrated mind if I should travel up within Argentina to drink even more wine in Cafayate* or instead cross the border to Chile as the Chilean wine has a high reputation of its own.

As many travellers in my hostel were waiting around for many days to cross the border, which was closed due to heavy snowfall in the Andes, I concluded that Chile must be a country worth waiting for. I decided to travel during the day, as I was told the trip itself was supposed to be absolutely breath-taking with places like Upsallata and Aconcagua to admire along the way. After I bought my 20% discounted ticket at the Cata bus company (granted when you pay in cash and ask for a discount), I had to confirm that I started the best bus ride of my life.

* I ended up going to Cafayate anyway about 2,5 years later, still on the same trip... check out that blog right here!
* If you're with 2 people or more, a rental car works out cheaper: check the cheapest ones I found here! 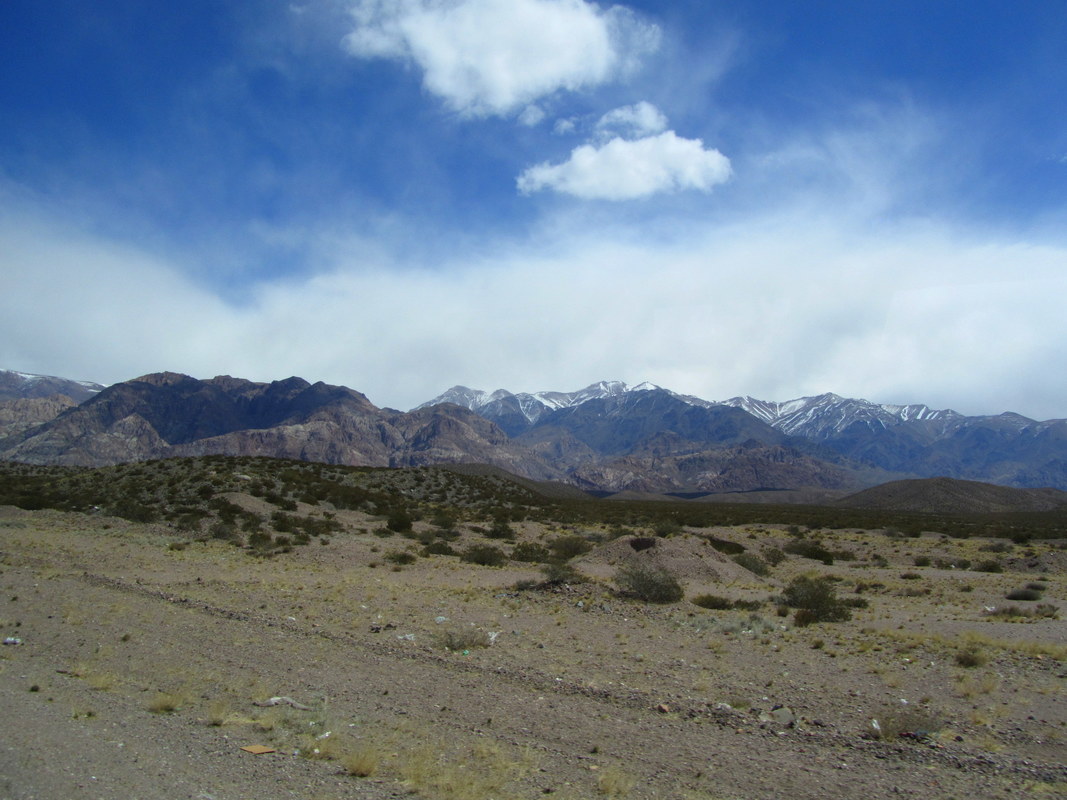 I quickly concluded that everything the Argentineans told me about their rival Chile is incorrect: This country is gorgeous and absolutely worth visiting.

The bus took me straight through the valleys and peaks of the stunning Andes and I felt physically uncomfortable by witnessing so much beauty. I could just gasp and stare. If I ever stop travelling I can always built my own cardboard house hidden in these heavenly mountains, like many poor Argentineans and Chileans already did, and be insanely happy.

My enthusiasm was somewhat tempered by the six (!) hours wait at the border, in which every breadcrumb and toe nail had to be checked one by one. A very amiable man asked me to take some cigarettes across the border for him. Right… I am a friendly gal too, but not stupid though, so I decided not to extend my Chilean trip with a life time due to unnoticed drugs smuggling. After this seven-hour trip eventually took the shape of a 13-hours-one I grumpily checked into my hostel that cost as much for one night as four nights in Argentina (nope, no Blue Dollar Market here*) and waited for the sun to come up and shine over Santiago.
​
* In 2014, when this blog was written, Argentina had the (for foreigners) very beneficial but illegal Blue Dollar Market. As the inflation was over 50% and the government forbade their citizens to buy dollars or foreign currency, basically all personal savings of the Argentinean people turned into dust. That’s why they started illegally trading them with among others foreign visitors, who got a spectacular rate for it. In the meantime dollars are legally available in Argentina, but the inflation got even worse.
* Save even more: Use this Booking.com discount link, or the Air BnB one. You're welcome. 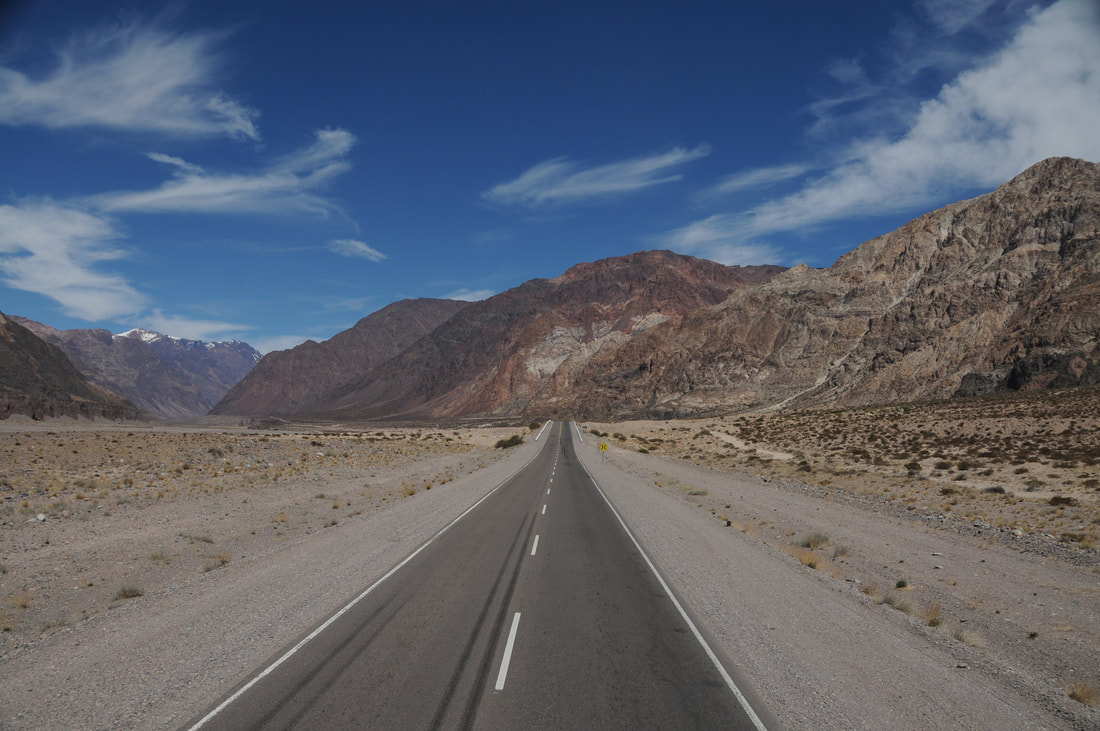 I met some Chileans on my trip and all of them told me Santiago had not much to offer, Valparaiso instead being the true eye-catcher (check that blog here – not much good did happen to me in Valparaiso...).

Indeed, the concrete jungle of Santiago doesn’t have the looks, but it overwhelmed me with its intensity. 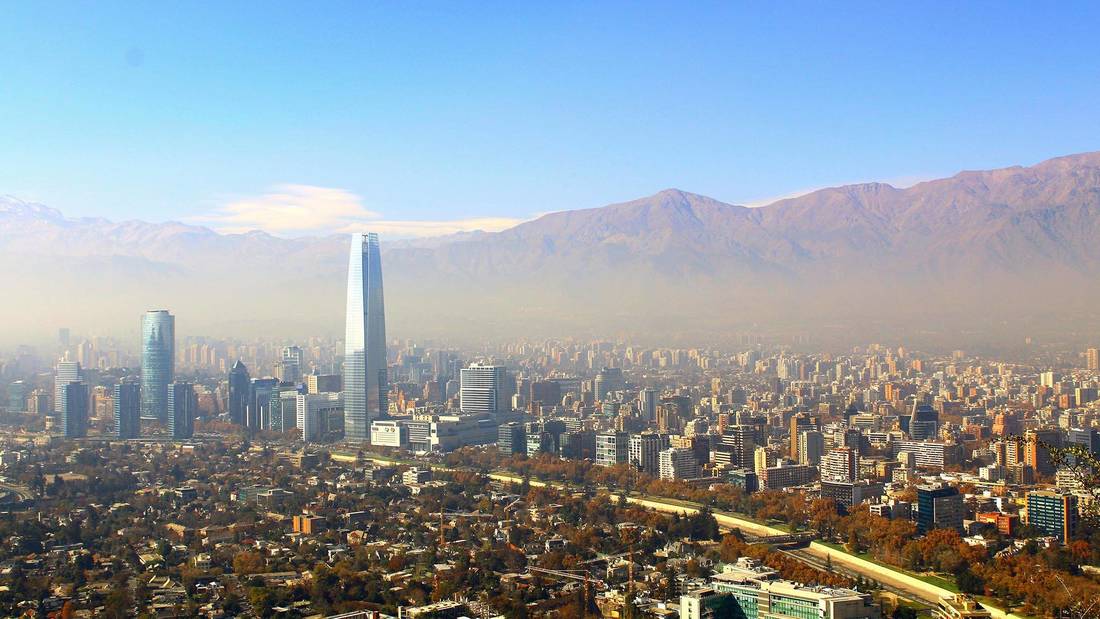 Santiago with its 5,15 million people crawling around like ants and bumping into you on the crowded streets… Yes, the people.
​
At first I had difficulties getting through to them, as their mumbling slang-Spanish is the most incomprehensible of the continent and their personalities seemed to be more closed and cautious. The reason of this became clear to me at the Museo Memoria y Los Derechos Humanos, a memorial of the well-known sad history of the Chile of Pinochet. After bombing the governmental house (Palacio La Moneda) in which president Allende then committed suicide, the military took over and established a dictatorship that lasted from 1973 to 1990. A dictatorship that established detention centres in which political opponents were tortured and brutally murdered. A regime that sought to eliminate every trace of Marxism by burning all books, taking over all media and killing all artists, philosophers or other supposedly leftist thinkers and afterwards dumped their bodies in the ocean. A cultural black-out. It was a period in which no one could talk or express themselves. You are aware of this history, but being confronted with it in Museo Memoria leaves you cold, sick and in tears. 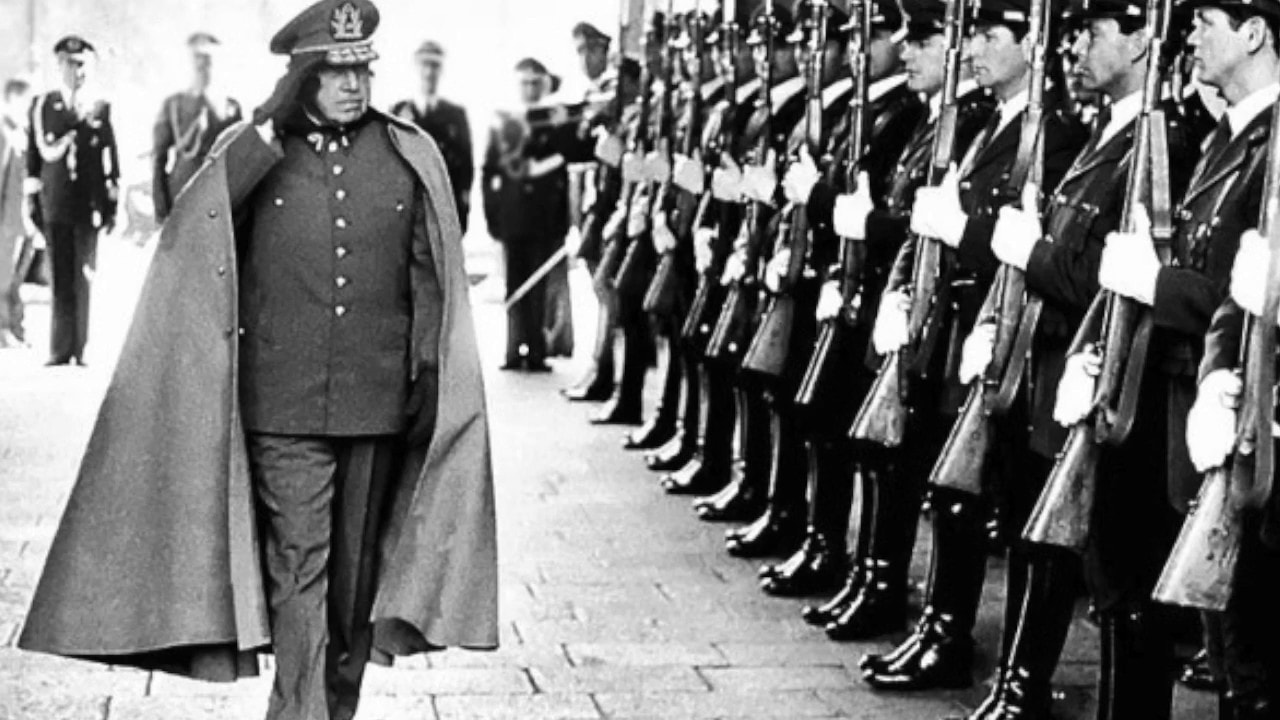 Although politics is still a controversial topic in Chile, cultural expression established itself again. During my wanderings around the streets as well as the free walking tour I attended I could indulge myself in the culture Santiago has to offer. From Plaza de Armas, where you can admire the change of guards, the Cathedral and the Municipalidad, you can head to the Museo de Arte Pre-Colombino. Other museums include Museo de Bellas Artes, Centro Cultural Palacio de la Moneda, Centro Cultural Metropolitana Gabriela Mistral (GAM), Museo Histórico Nacional, Museo Ralli and La  Chascone, poet Neruda’s house that can be considered a museum by itself. After sucking up your fair share of culture you can head to the Mercado Central, or more authentic: La Vega, to eat some cheap divine fruits and fresh produce. 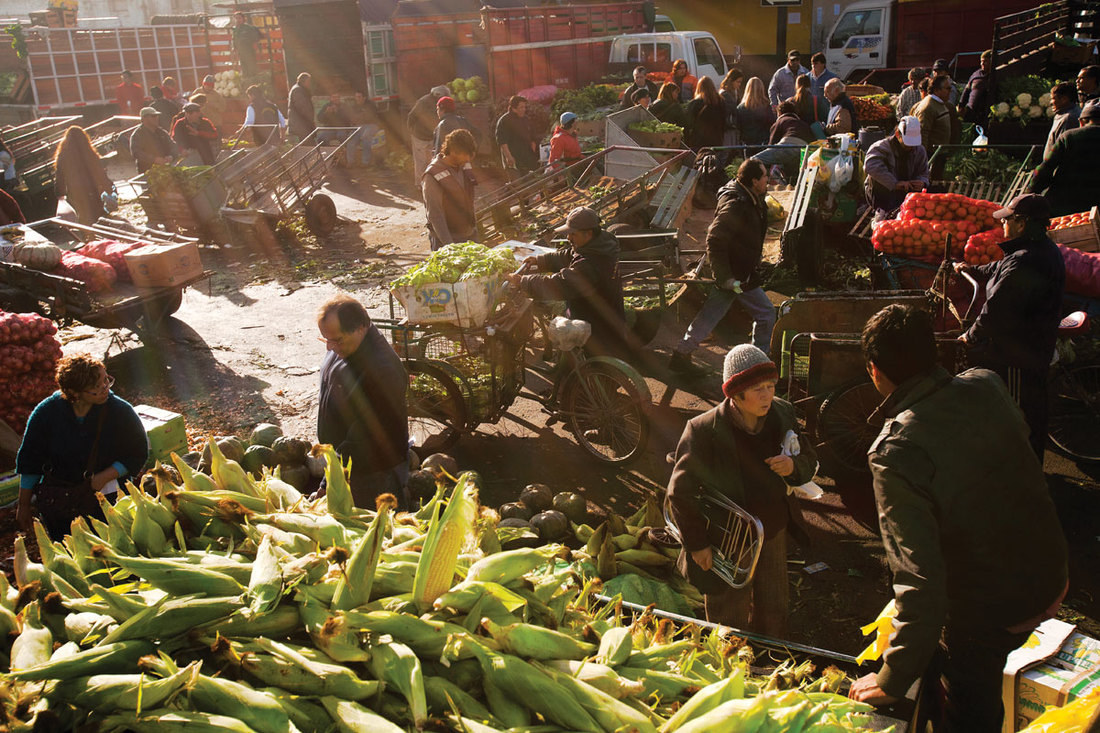 If you’re more a coffee-kind-of-guy, combine caffeine with some female beauty and get yourself a ‘coffee with legs’ (coffee strip clubs, yes, all is possible in Santiago). You want a park, you said? How many days do you have? Parque Bicentinario, Parque Forestal, Cerro Santa Lucia and Parque Metropolitana where you can climb the hill of San Cristobal will keep you busy for a while. You’re not going to sleep early as there are €3-5 shows to attend at Teatro Municipal, after which you can dance the night away at the Bellavista area.
​
And this is exactly what I did with a refined selection of two Aussie beach bums, a naively drunk American girl, a recently divorced lad from New Zealand and two Brasileiros muito quente. The pisco sours flowed freely and our hips were challenged by the up-tempo Latin rhythm. Music melts away the restraint of the Chileno’s and reveals a warm, sparkling nature I never saw anywhere else. During the dark part of history they could not even celebrate their birthdays for years, now they can celebrate everything. Celebrate life. 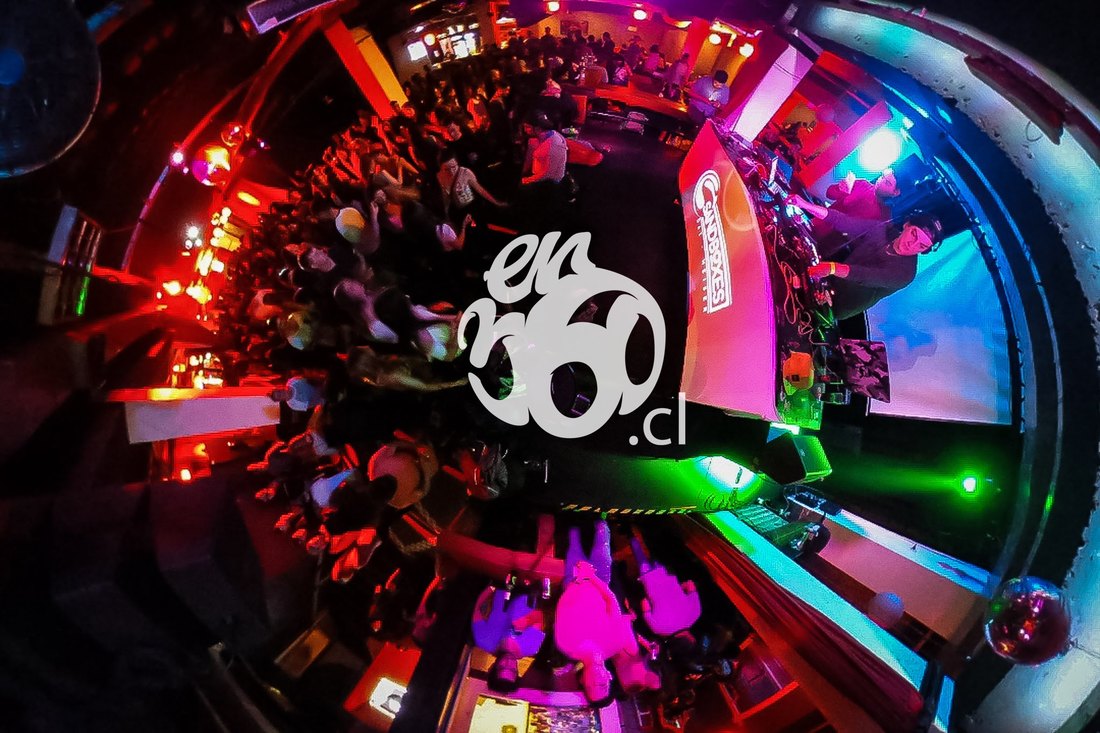 And in the end, it were the beautiful people from Santiago that captured me, addicted me and made me come back again quickly from Valparaiso. While staying for three days in a house of musicians I met I felt more alive than I ever felt. I laughed harder than my voice could handle, danced salsa, samba and cumbia although my body doesn’t know how to do that yet, and I felt the heat stream through my veins while partying in the living room with 30 light-hearted Chilean lunatics.

My mother always taught me not to trust strangers. I am glad I forgot the meaning of those words...

I stepped on the back of the motorbike of a gorgeous tattooed man called Raúl who took me on a midnight ride through Santiago. Through the dark, without ever looking back.


​Unfortunately I cannot share any pictures of my own from Santiago, except the opening ones. In Valparaiso my camera was stolen in a violent robbery. Two years after this event I was willing to write down what happened. Read that here.

​
Photo credits: 1 - 2 - 3 - 4
In order to support the travelers’ community, I spend many hours per week to adequately document all information and advices for prospective visitors, accompanied by a (hopefully) entertaining insight into my personal observations and experiences. This service is and will remain free. However, if you voluntarily want to make a contribution and support my travels and thus the creation of new stories and information supply, here is the button you’re looking for:
Donate
Related:
- Go to the Chile Page for more blogs!
​- Capital cities in South America: Buenos Aires, Quito, Lima, La Paz, Asunción, Montevideo and Bogotá
- City madness in Sao Paulo, Brazil
- Modern adventures in polluted San Jose, Costa Rica
- Dangerous or incredible? San Salvador, El Salvador
- Slowly falling in love with Quetzaltenango, Guatemala
- Yay or nay? Panama City...
​- The smoggy capital of Malaysia: Kuala Lumpur
- The face of modernity: Frankfurt am Main, Germany
- Getting comfy in the Korean big smokes: Busan and Seoul