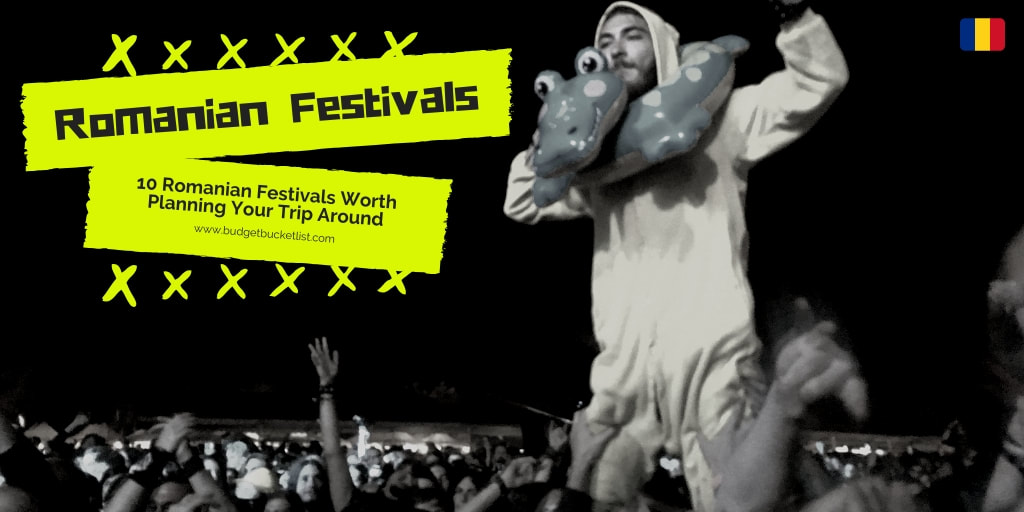 The best time to visit a country is during a festival. Period. You see, festivals are by definition expressions of a certain cultural wave, a sense of time, an outburst of what’s lying underneath. To travel is to unravel such concealed values, diving in face-down. From a stage, preferably.

Harder! Faster! Louder! From the very moment that boy I had a crush on in the first year of high school gave me a mix-tape with crackling recordings of Dimmu Borgir, Children of Bodom, Cradle of Filth and other comparable dark uproars ascending from the obscure caverns of hell, I was sold. I ripped the Spice Girls posters off my bedroom walls and replaced them with new heroes that looked like if they had died years ago. An abrupt turn of events that turned out be permanent. The higher the numbers indicating my age, the more serious and devoted I became, discovering ever deeper layers, varieties and twists into those heavy guitar-screeching walls of sound.

No wonder then that I specifically returned to Romania (all the way via Malaysia and Jordan) just to attend the Rockstadt Extreme Fest event, the country’s most prominent and well-respected celebration of heaviness. The festival had its first edition in 2013, but Rockstadt has been a phenomenon in the Brasov area for much longer in the form of the town’s most popular metal bar catering to metalheads from all corners of the country, as well as providing a stage to both local and international acts. The festival simply stepped up its game (significantly), providing an engaging 4-day event devoted to extreme music of both local and international origin. It’s not only the acts that raised my eyebrows in positive surprise (I’m naming a Soilwork, a Korpiklaani and yes, even a Dimmu Borgir), it’s also the superb location smack-bam in the heart of Transylvania that adds to the gloomy, breath-taking mystique.

If shrieking guitars and gurgling grunts aren’t entirely your cup of tea, august still is a magnificent time to visit Romania, festival-wise (and everything-wise). Exactly simultaneously Untold takes place, which is officially the country’s largest. Catering to a more universal audience and diversified crowd, it brings well-known poppy and electro-kind-of-acts, possibly a tad easier on the ears. Artists like Armin van Buuren, David Guetta and the Prodigy have previously mounted the celebrated stages of this extremely popular event. I’m most definitely not a fan of the genre, but what specifically established my overall approval is its first edition’s ingenious marketing campaign launching its instant success. Under the flag of ‘Pay with Blood’ blood-donors received free entry, synchronously stimulating an admirable cause as well as creating that eerie, mystical vibe appropriate for its location in Transylvania… land of vampire legends! Let’s get that blood pumping ravers, it’s party time!

“The Dakini Festival is the perfect place where the world we live in, in all its dimensions, colors and varieties, meets for a break in time. Participants from different cultures and traditions will contribute with their soul’s vibrations to an enriched community of people that will carry our messages of love, peace and art. […] A festival fully dedicated to the free spirit in each of us and spiritual elevation.” Will if that doesn’t sound floaty too you, I don’t know what does! Combine it all with the website opening photos of two strangers hugging at a campfire and some hippie juggling balls under a mandala dreamcatcher, and I think we all get the complete picture here. From healing workshops to ‘ecstatic dance and drum sessions’ (mmmmkay whatever the hell that is), this is your once-in-a-lifetime-opportunity to fine-tune the latest yoga moves. I’m way too sarcastic and grounded for all this stuff, but I’m pretty damn sure they serve fantastic vegan food. 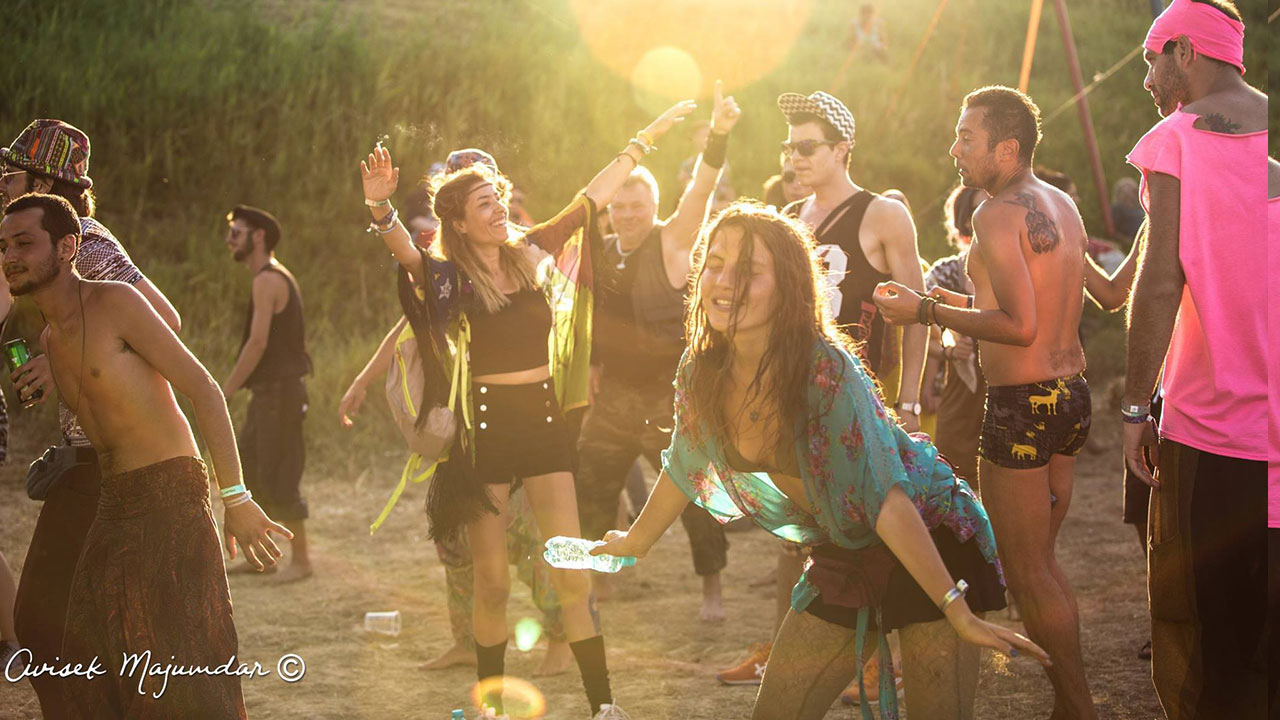 Less floaty, still artsy. Hell knows I appreciate a fine crossover between the arts of sounds and vision. The After Hills festival takes little slices of independent theatre, stand-up comedy, fantasy, gastronomy and a wide variety of music genres and throws it all in one big creative blender. Think art installations, think food blends, think graffiti illustrations, think jumping crowds in the midst of this millennial chic backdrop… Spread out over no less than 2 weekends! 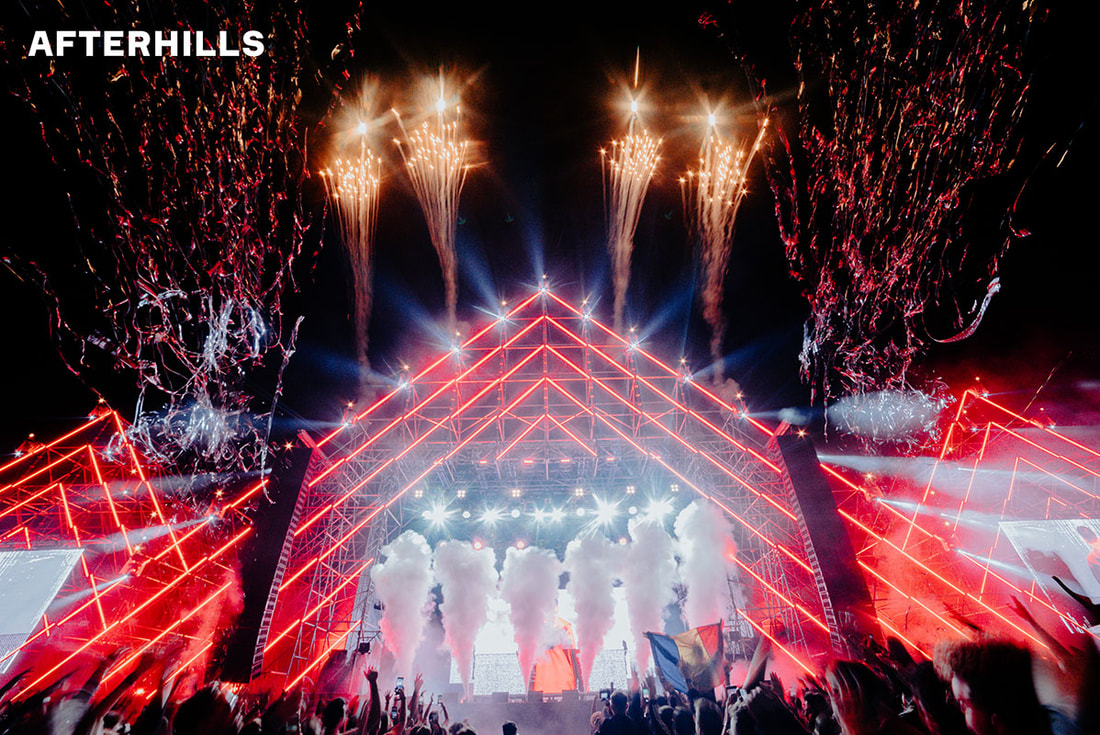 More arts, but a dash earlier on the timeline! During my two journeys through the magical land that’s called Romania, many places found an irreversible way to my heart and infinite memory. Sighisoara is one of those places. I could have seen the citadel in half an hour… instead, I decided to stay for two full days, meandering through this dreamy time capsule to trigger versions of forlorn worlds. No wonder then that they choose this exact location to host a festival to relive medieval times. Find a way circling around brave knights, commedia dell’arte and loyal craftsmen practicing trades such as pottery and ironmongery… a childhood dream easily taken into adulthood!

This festival is entirely free! 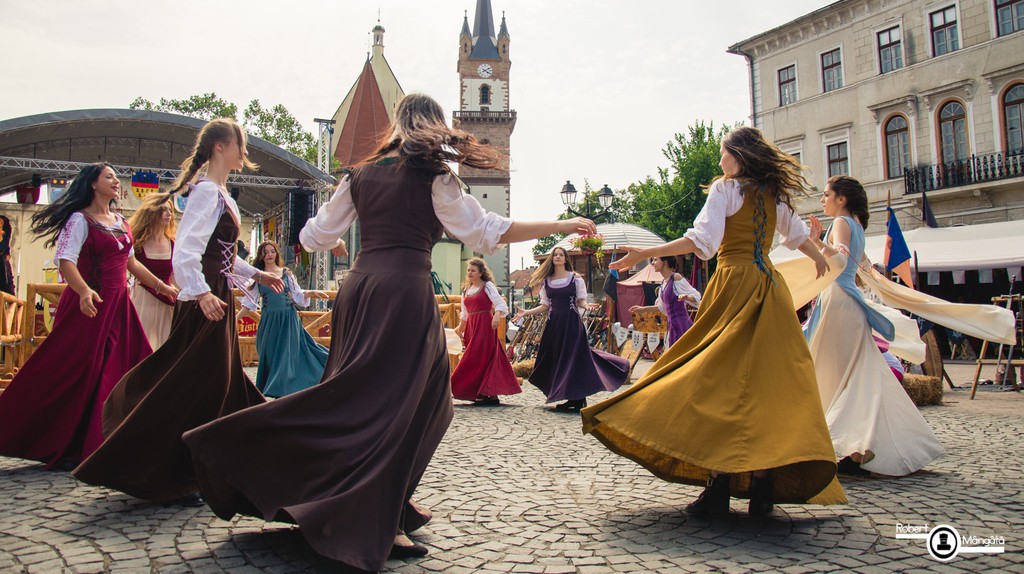 While we’re gazing back in time, it’s worth to mention the Maiden’s Festival, idyllically celebrated against the green and lush décor of the picturesque Apuseni mountain range. Held since 1816, this event used to be organized to create the opportunity for local youngsters from the more remote areas to meet one another, as to avoid ‘crossings between close relatives’ (INCEST – they mean INCEST!). In fact, they don’t waste a single second: Once you found someone slightly passable you’ll be married on the spot by the priests specifically brought over for this reason. Talking about rash decision-making! Nowadays the instant marriages are kind of shuffled to the background, and the focus lies on folk dancing, artisan markets, and traditional food. Take a journey to the core of Romanian folklore!

This festival is entirely free! 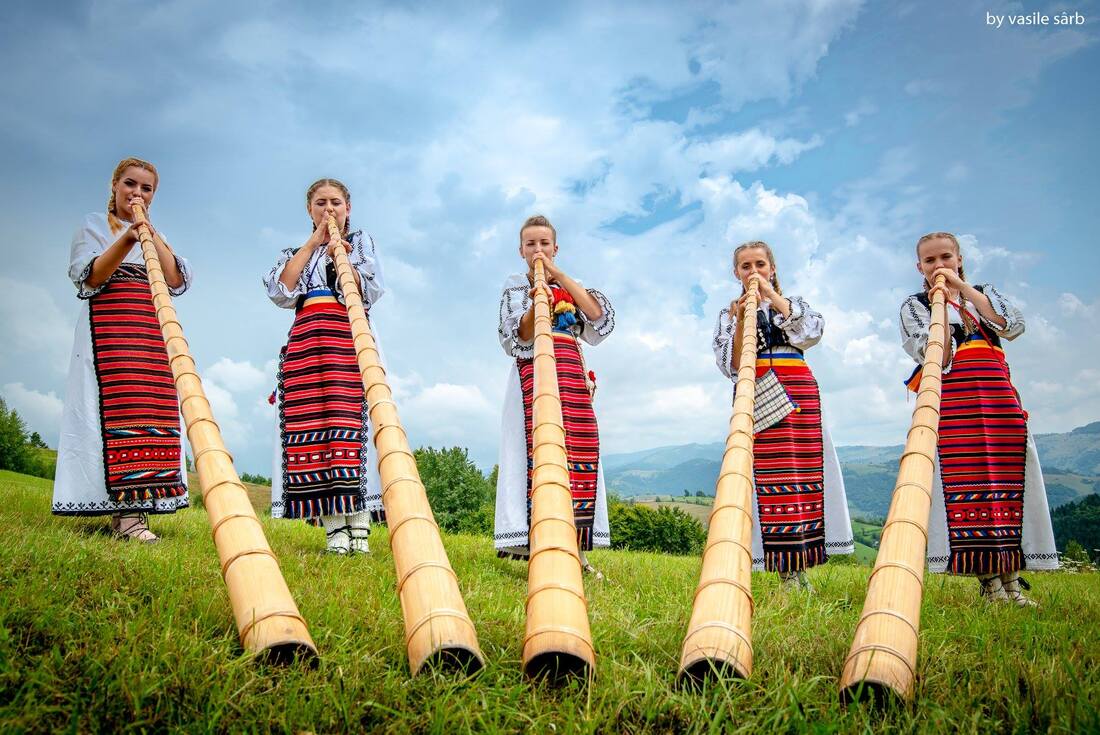 To get back to the subject: Wine! Oh, that wasn’t the subject? Oh well, then it should be! I must admit I’m more into the art of wine drinking than making, but in any wine country I (not-so-randomly) end up in, I generally do have the decency to visit its wineries and hear out the entire story of the wine making process. A story I heard over a 100 times and can playback along with my eyes closed. The reward of indulging in the inevitable wine tasting afterwards is simply irresistible! I’m talking about wine countries such as Italy, France, Argentina, Chile, Uruguay, Australia, New Zealand… and yes, also Romania! I was surprised too, but couldn’t be any happier once I found it out: Romania makes an excellent glass of red ‘n white! From Feteasca Negră to Tămâioasă Românească: I want it and I want it now.

In short: visit the Ro-Wine Festival and thou shalt be rewarded.

In case you visit Bucharest outside of the RO-Wine Festival dates:
Mention ‘Budget Bucket List’ at the Wine Ambassador wine shop and -tastings to receive 10% off! You’re welcome.

George Enescu, who doesn’t know the man? Well, probably you (I for sure didn’t before my travels through Romania). So, let me fill you in: A classical violinist, pianist, conductor and composer, Enescu truly takes home the price of Romania’s primary show pony. Talent seemed to pump through his veins, as at the age of 10 (in 1891) this little wunderkind already gave away a private concert at the Court of Vienna for nobody less than Emperor Franz Joseph. He graduated before his 13th birthday, earning a medal while at it, and proceeded into a glorious musical career in Romania, France and the United States. “The greatest musical phenomenon since Mozart” and “one of the world’s greatest geniuses of modern music” are many of the not-too-modest descriptions of the Man of Music. Not too strange then that Romania’s most important and internationally renowned classical music event is named after him. Famous ensembles such as the Vienna Philharmonic, the London Philharmonic- and the Stockholm Philharmonic has entered its stages (they’re not too original when it comes to group names, so it seems – what about ‘Stockholmaniacs on Strings’ or ‘Der Klassiker Wiener Whirlstorm’?) 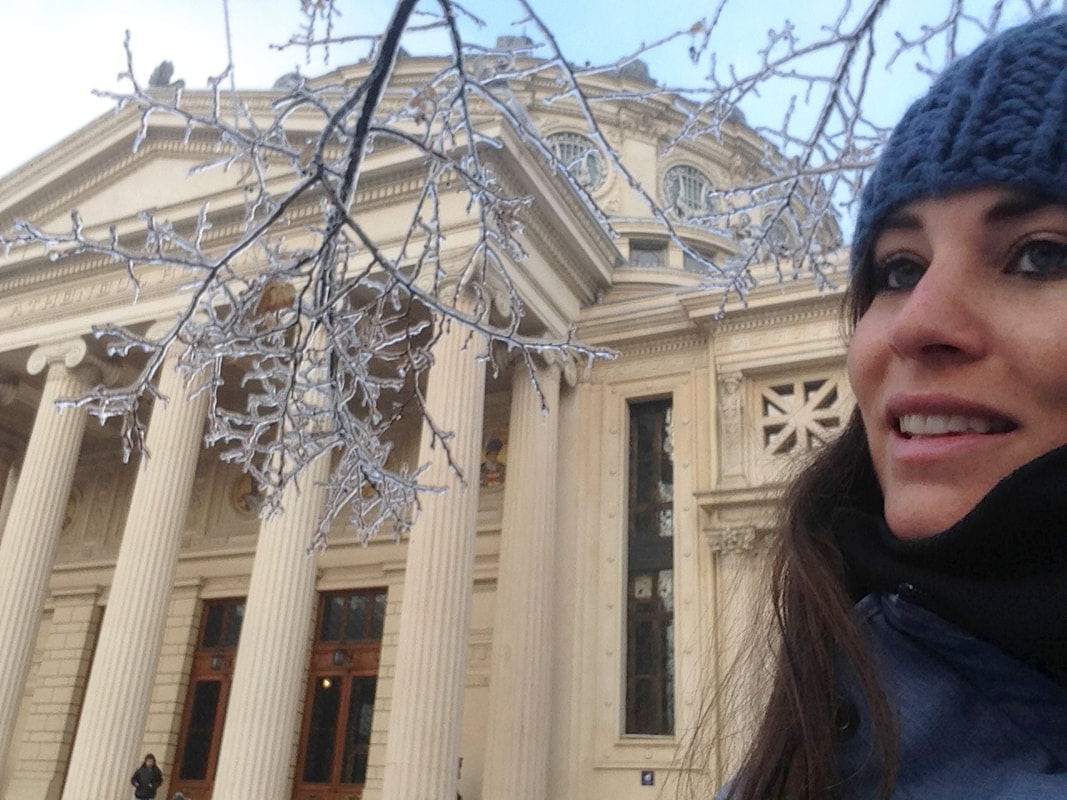 We can’t miss out on a film festival on this list, don’t you agree? And if you go to one in Romania, make sure it’s the Astra Film Fest, the annual international event focusing on documentaries as its specialism. Spread out over 7 days, attendees can watch a pallet of 3000 submissions sent in from no less than 93 countries, out of which a series of winners is selected by a jury of experts. Are you ready to be educated? 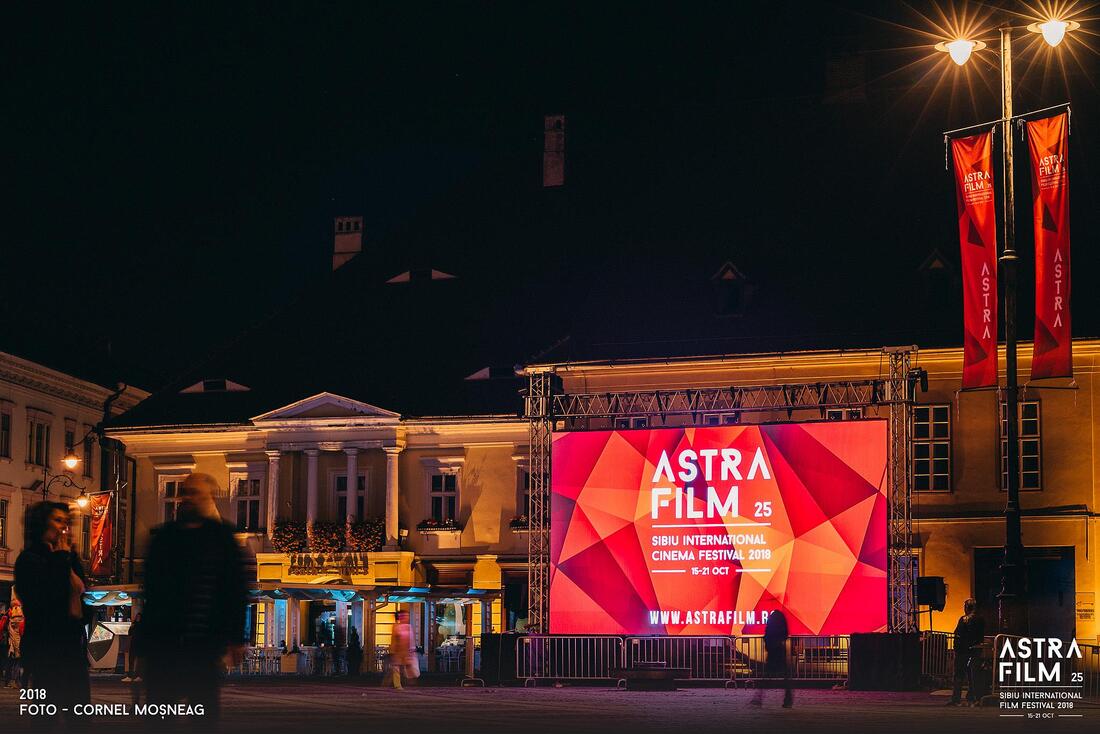 Ahhh pleaseee, can I please-pretty-please mention one more metal event on this list? Just because it’s the awesome-est music genre out there? A festival that definitely deserved its spot on the list as in 2018 it even won the title ‘Best Small Festival’ at the European Festival awards. I’m talking about the ARTmania festival in the delightful little historical town of Sibiu. An event that doesn’t only excel in providing a stage to the most promising acts in heavy music (and not the least of names – I call an Opeth, I call a Dream Theater), but also in exhibiting and promoting all other forms of artistic expressions that one way or the other were inspired by rock culture. Can’t go wrong with that golden combo!

I’m not asking if you’re going, I’m asking when. 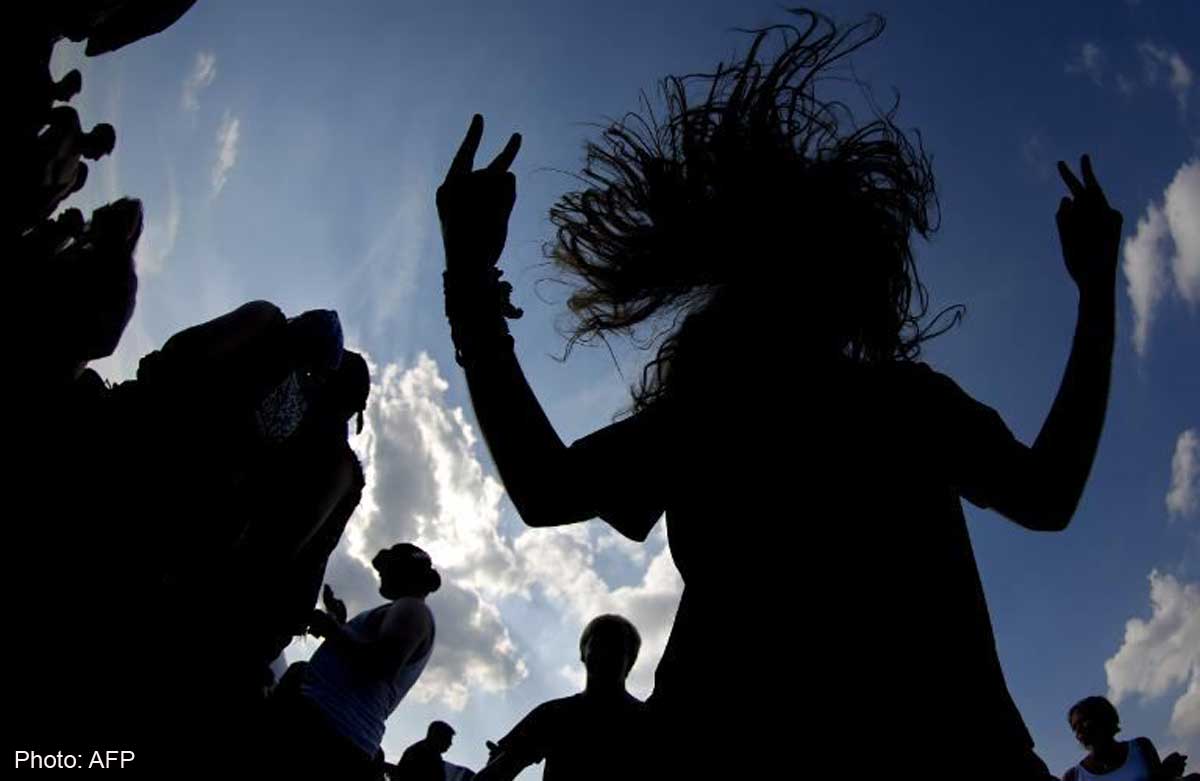