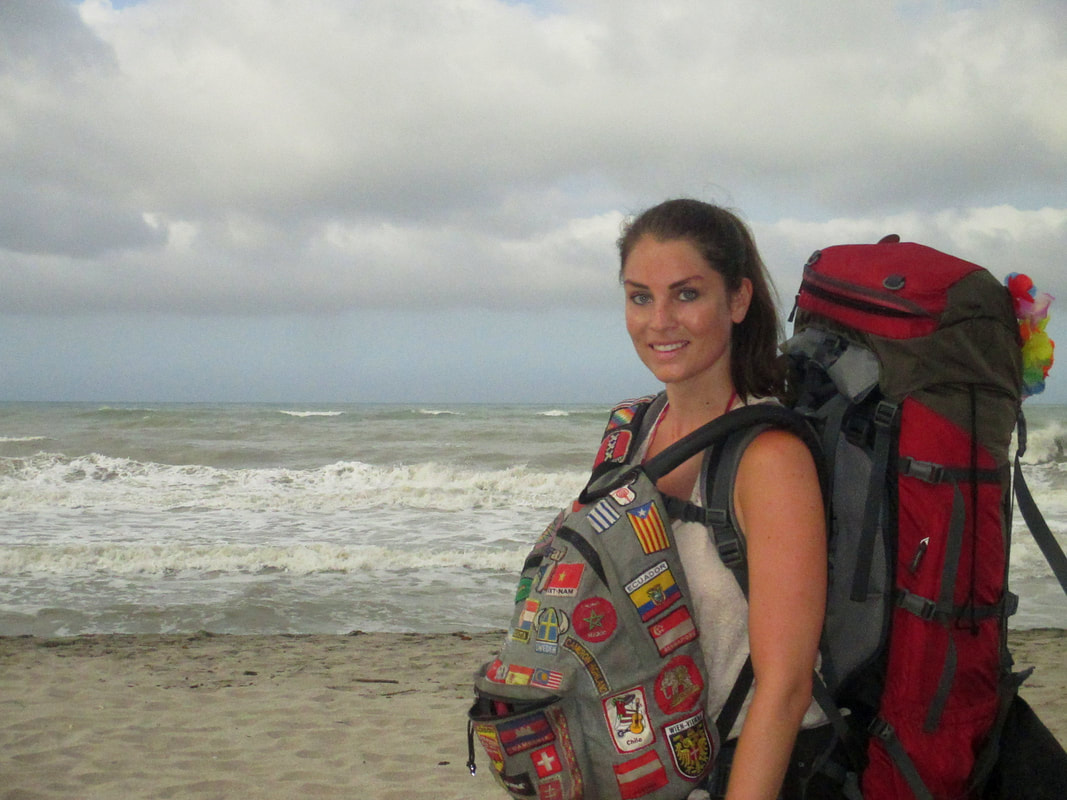 On my way to Palomino I found a way of entertaining myself by looking at the boys in the bus. The reason was not their level of attractiveness. On the contrary: There is a trend going on in Colombian fashion that highly fascinates me... I can only define it as ‘the Wham-look’. Think hairstyles that are the result of a blow-dryer-explosion, blonde dyed ends George Michael would be jealous of, on occasions a disgusting little rat tail to top it off and a cap loosely  positioned on the high hairdo to make the head look even bigger. Some go all the way and let their painted nails grow to transvestite-length, ears decorated with some shiny bling, and a female purse dangling next to their genitals that are clearly accentuated by their tight dick-showing pants. I present to you: Colombian’s interpretation of the metro-man (which is in itself an upcoming phenomenon I highly demoralize: We women crave for a shot of testosterone). This apparently happens when homosexuality is not publicly tolerated, it comes out the wrong way. 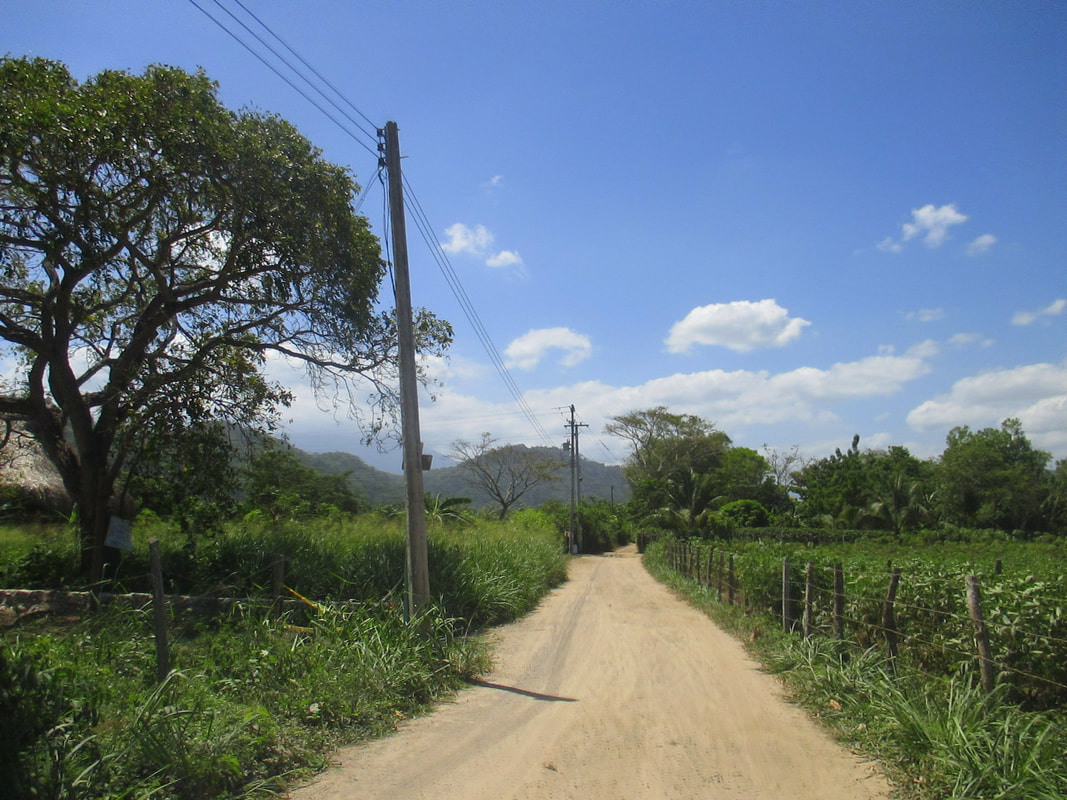 Backpacked on the back and front I jumped on the rack of a motorbike, after which a daring road-pirate raced straight through the jungle to drop me off at the beach hotel I had in mind. Quite the spectacular entrance. The first shock I had to process though was the outrageous price: COP 30,000 per night, almost double what I usually pay... for a hammock! Within seconds followed by the second shock:

This place is f***ing gorgeous! And my hammock was RIGHT ON THE BEACH. 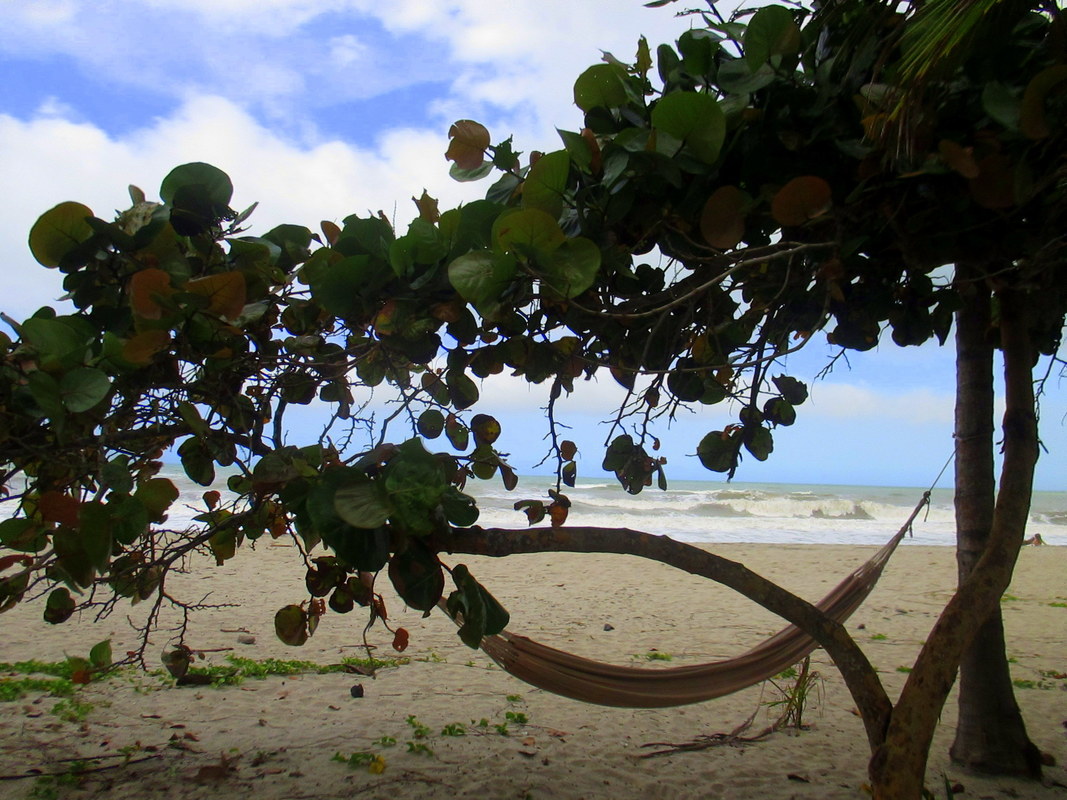 I slapped myself in the face to double-check if I didn’t have some hallucinating side effects of a sunstroke or entered the afterlife after a (very possible) motor accident. This place is everything Taganga is not: Unspoilt, unpolluted, deserted beaches without an average 500 sweating people blocking your sea view or trying to sell you cocaine and ohhh... so delightfully quiet.

While ecstatically making sand-angels to celebrate my life I promptly made a friend: A Colombian musician who played guitar, flute and sax. Jackpot! He invited me to drink some rum on the beach during sunset with another British guitar player* he met that day. In other words (with Italian Godfather-accent): “He made me an offer I can’t refuse.” Fast-forward 2 hours: Under a canopy of stars I was the only audience of an acoustic guitar concert... the moon the spotlight, the sea the backing vocals. Yes people, these things happen in life. I don’t have a lot of cash, but I am richer than any millionaire could dream of.

* I ended up randomly running into this man again 3 years later in Buenos Aires, and later on made friends with his friends in Ilha Grande, Brazil. Yes, the world becomes that small when you travel. 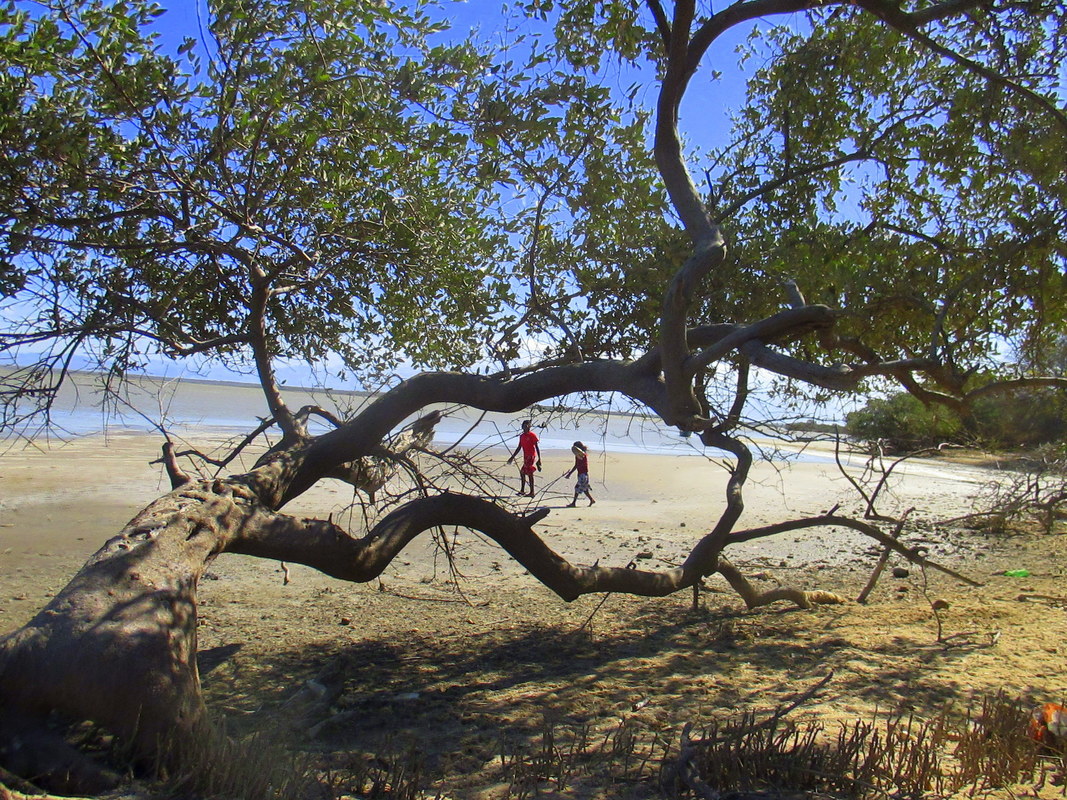 ​Despite the rum, I obeyed the 5AM alarm. Voluntarily. There was some sunrise-business I had to attend. Sitting on the beach to witness a phenomenon of nature has some meditative foundation of its own. But, I have to be honest here, I’ve had better. The sun didn’t rise out of the sea and the colours where quite mediocre, discúlpame but South America put my standards way too high. 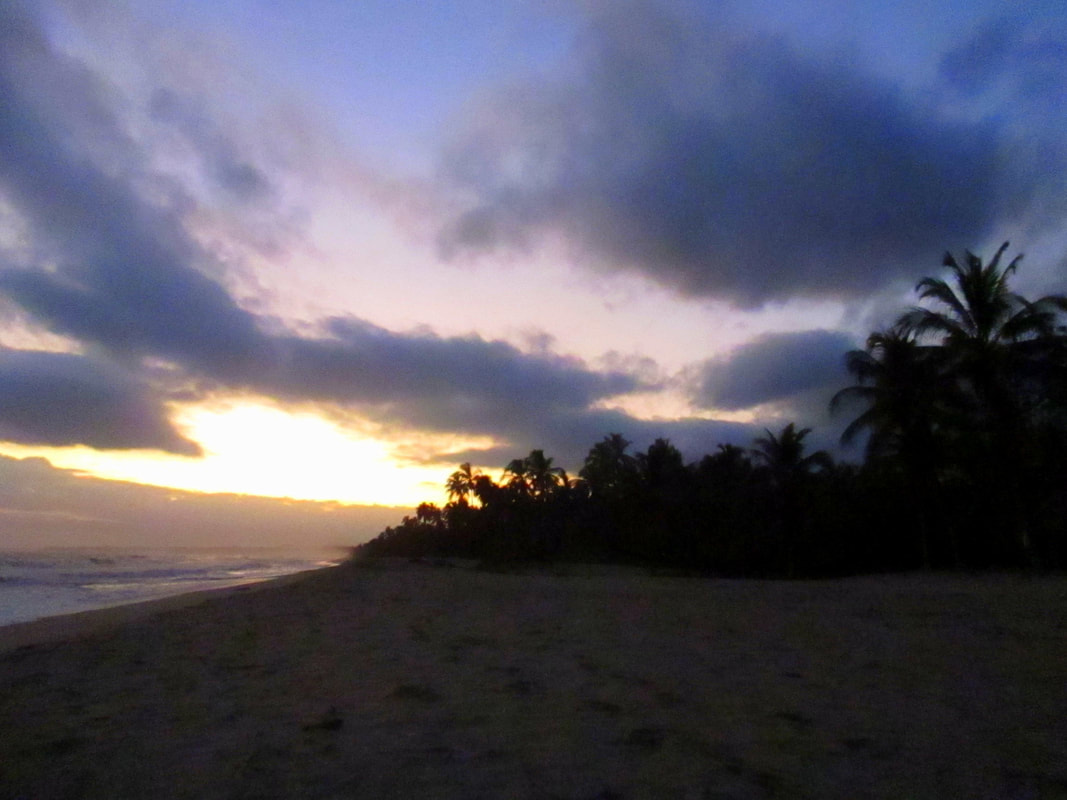 I jumped into my hammock again and woke up 4 hours later to experience something that DID satisfy the high demands of this cocky globetrotter: The Best Breakfast Of My Life, the ‘panqueque integral’ of a random Colombian girl. Holy mother of Jesus [said the atheist]. Imagine a combo of pancake, bread, cookie, cake, baklava, brownie and all the delicious things ever created on this planet and you may reconstruct 5% of this taste explosion. And the nutty professors working in the kitchen of La Sirena managed to do this without using unhealthy ingredients: All that remains is deep respect. New mission: Get that damn recipe. 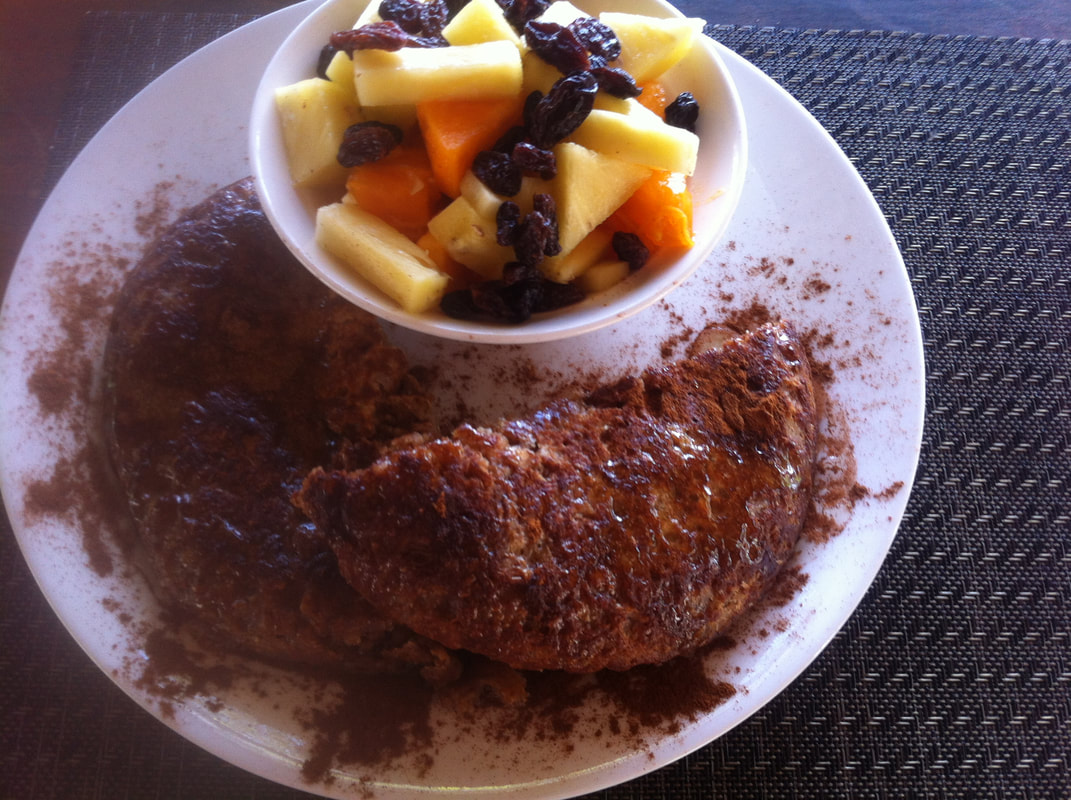 I felt freshly energized for... well, nothing really.

I squeezed my ass into a tube, tied a bag of drinks on the side and let myself float down a river straight through a tropical forest for about 3 hours while the sun roasted my body.

Yes, this was as incredible as it sounds. I didn’t see anyone for hours besides the flamenco’s and wildlife I don’t even know the name of that were dancing around me. It felt like drifting through a private zoo. In bikini. With booze. 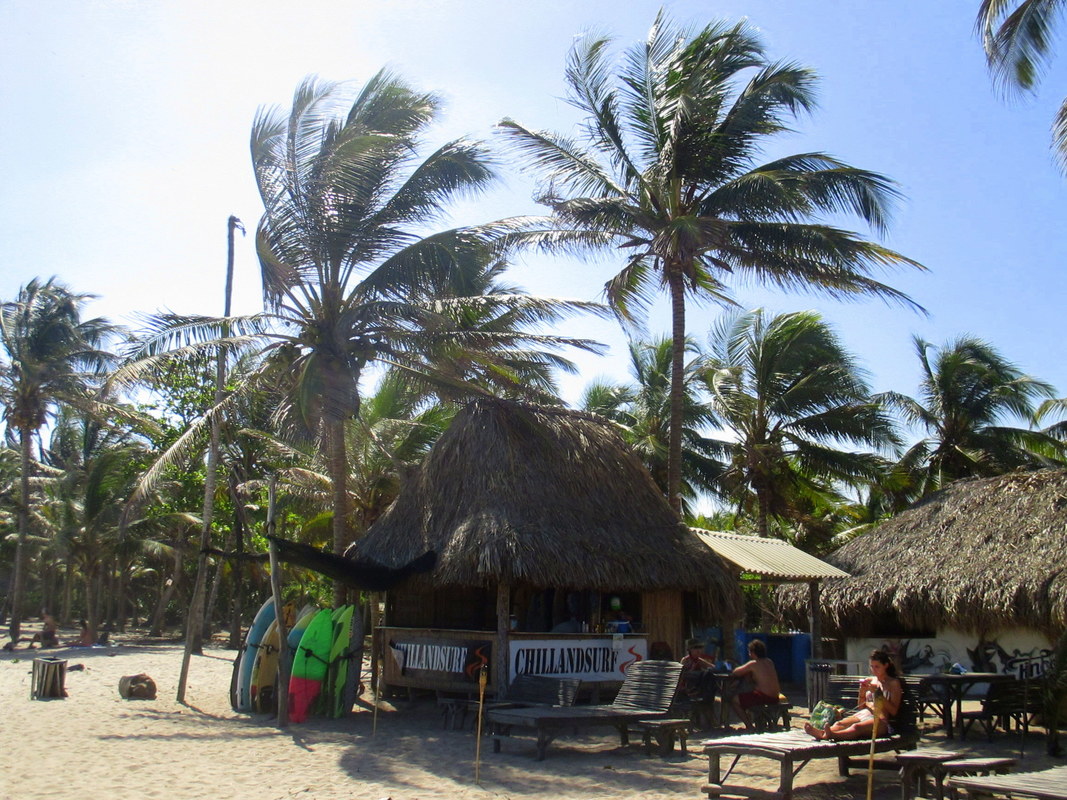 ​On the beach I hang out with a homeless Peruvian vagabond who informed me about a free Manu Chau concert taking place in Barranquilla within 2 days... which was on the way to Cartagena where I was heading to next. I immediately changed my travel plans as far as I had some and decided to hang out in Palomino for one more day to catch the concert en route. Not really a punishment anyway.

I decided to visit a flamenco national park further up north. Because I’m quite tour-averse I decided to hail down some local buses and see how close I could get by just improvising. However, buses are like the internet here: It comes when it comes. So 1 hour and 2 jugos de guanabana later I jumped on a bus that was claimed to be driven by Jesus (I certainly hope not, the dude is dead) and rocked all the way up in the direction of Venezuela. There a motor taxi drove me right through the slums until I reached the park entrance. 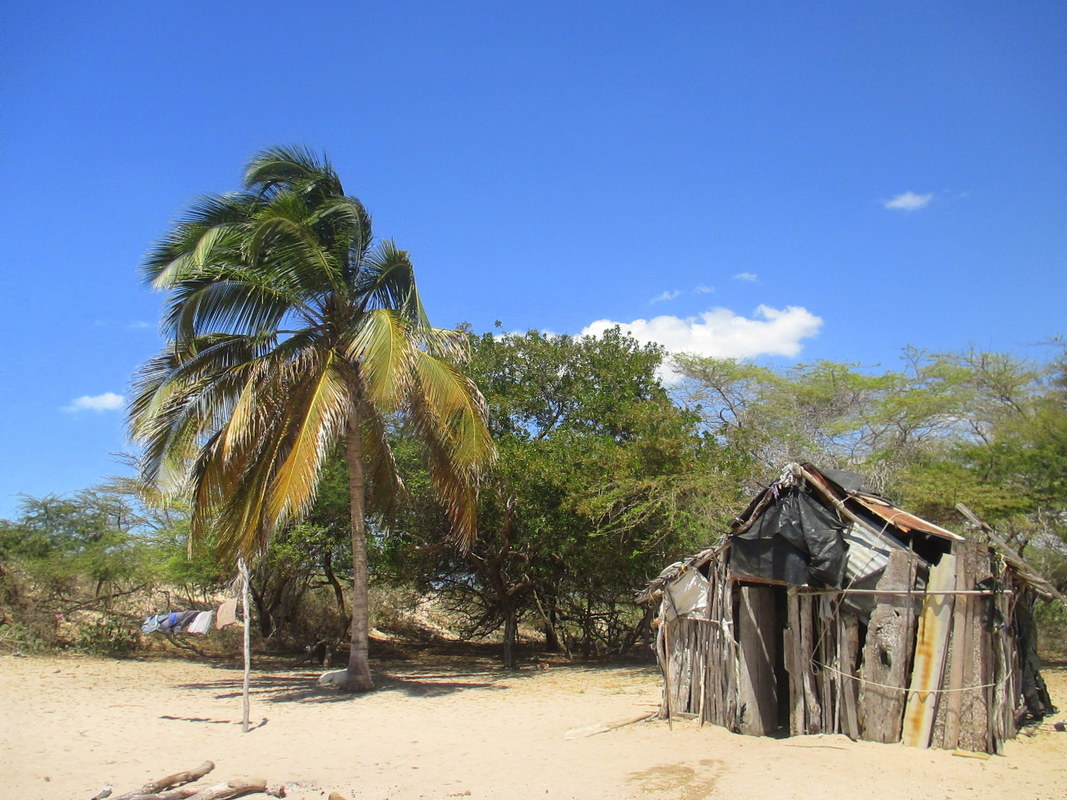 Although the internet told me there is no fee, some guy tried to convince me I needed to cough up COP50,000 for an obligated canoe ride as it’s forbidden to enter by foot. I put my hand on his shoulder and told him I travelled long enough in South America to know when someone tries to rip me off, and I wished him good luck stopping me from getting in by myself. Of course no one did and after walking about 15 minutes with an apparent air temperature of 50 degrees Celsius I reached an endless lake dotted by hundreds of flamenco’s.
I found it almost impossible to leave, especially after I got offered a volunteer position right on the beach starting in 2 weeks... ahhh, my visa expires soon! Colombia has got me under his spell, I almost sat out my entire 3-months visa. I know there is a possibility to do visa-run or extend it in a big city, but an internal force obligates me to discover first all the other places the world has to offer. But one thing I noted on my mental to-do-list: I will return to Colombia. 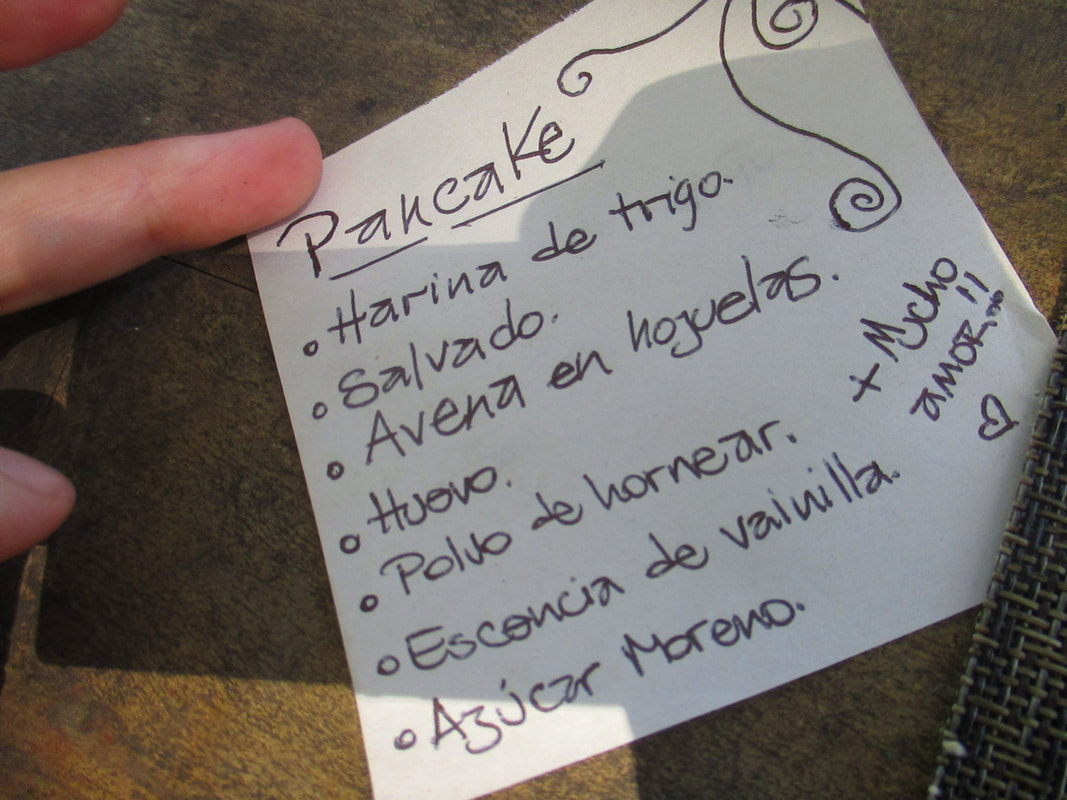