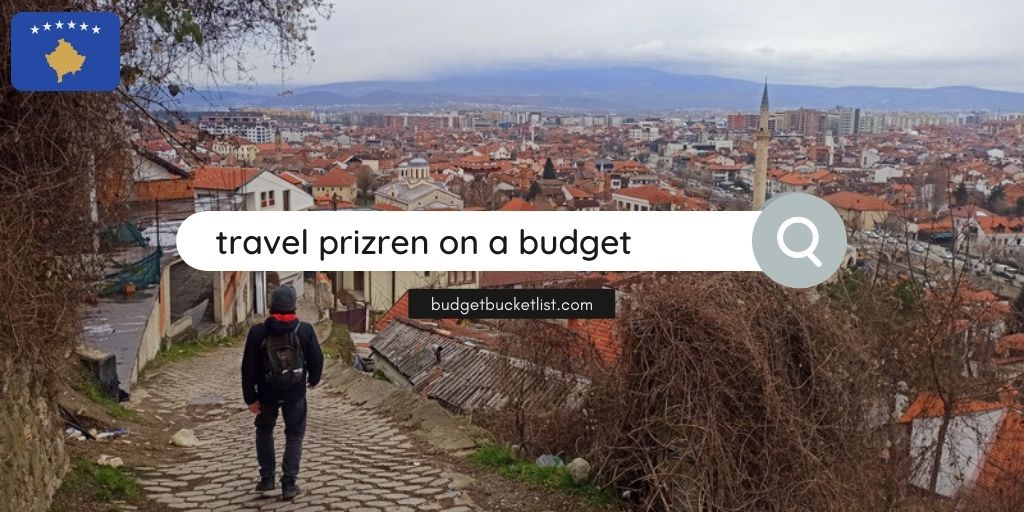 Not in the story-mood? Scroll down for the Quick Budget Fact Overview: an itemized information summary of the area ↓
We didn’t even have time to put our backpacks down… The friendliness of the Kosovars is known far beyond its borders, and in our case this translated into a practically instant hitchhike from Pristina to Prizren. We drove along with a family that experienced the hardships of life, having toughened out the Kosovo War to subsequently be evicted from Germany where they sought a better life. Any other person would be broken or at least a tad bitter… but these wonderful humans simply continued to sprinkle their homeland with random acts of kindness, even directed at complete strangers they stumbled upon on the street. When we arrived they dropped us off in their favorite restaurant of Prizren, let the table be filled with food, apparently paid in advance and took off without even having a bite themselves.

At this point it didn’t even matter what Kosovo’s second most populous city had to offer, its inhabitants already made the experience into a memorable one. 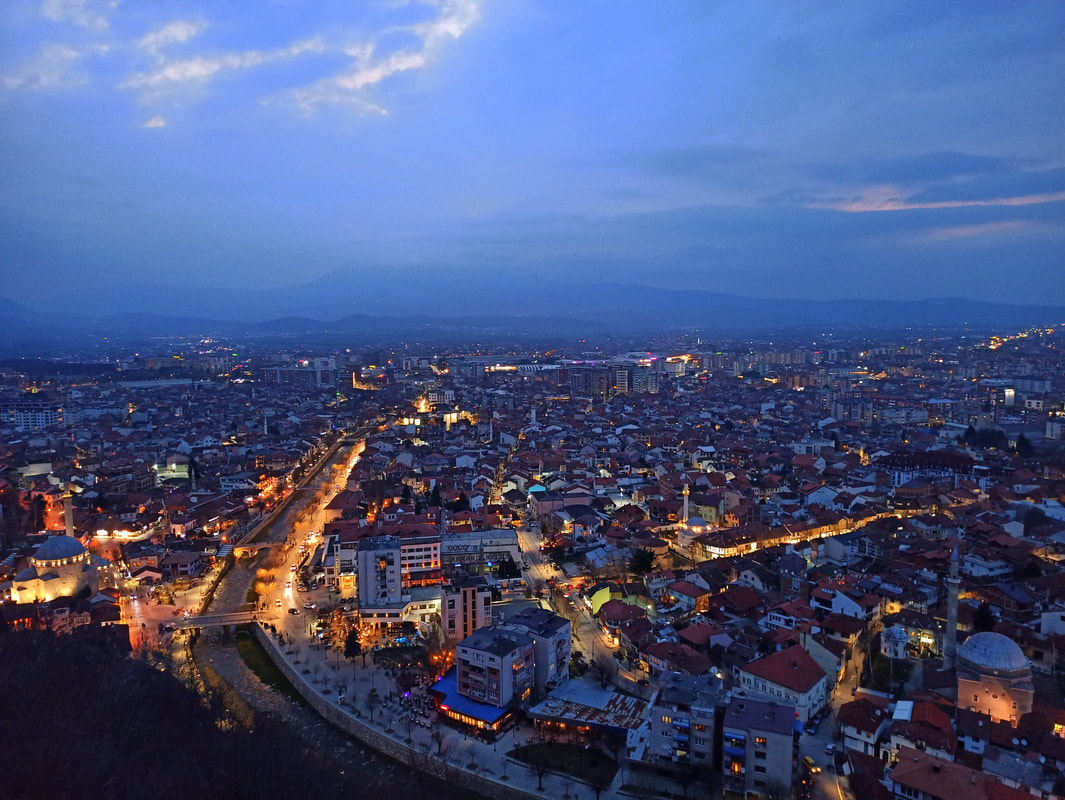 Too busy to read now? No problem, save it for later!
​Save on Get Pocket | Save in Browser Bookmarks| Save on Instapaper
That said: Stunning Prizren, rising up on the banks of the Prizren river, graciously tucked between the rolling foothills of the Sharr Mountains, has in fact quite a lot to offer. It’s potentially the prettiest town of this very new country, with a history that nevertheless traverses many timelines. Archaeological research has shown that Prizren’s most prominent sight, the Fortress or ‘Kaljaja’, has known several eras of habitation since prehistoric times. Nowadays, its well-preserved and maintained remains provide the best view on the city.

During the reign of the Romans, Prizren geographically belonged to the eastern Byzantine Empire. It has long been thought that the city used to be the Roman stronghold Theranda, but this is still up to debate. From 1330 on, a sequence of Serbian Kings made their entrance into the territory, their rule being the trigger for the built of an intriguing series of Orthodox Churches*… If you open Trip Advisor, a lot of Prizren’s main sights listed are these churches and monasteries, however controversial that might be perceived as in the light of the rather recent Kosovo War. One of them, Our Lady of Ljeviš, is even a UNESCO World Heritage Site!**

** During the 2004 “Unrest in Kosovo”, when Serbian and Albanian Kosovarans violently clashed, many of these Serbian Orthodox churches were (partly) destroyed by rioters. This triggered the immediate anger of the Serbs, who in turn lit a series of mosques on fire. Many of the churches and monasteries have been restored since. Some of these monasteries, especially on the Sharr Mountains, were already heavily damaged earlier on by NATO bombing in 1999, during the Kosovo War. 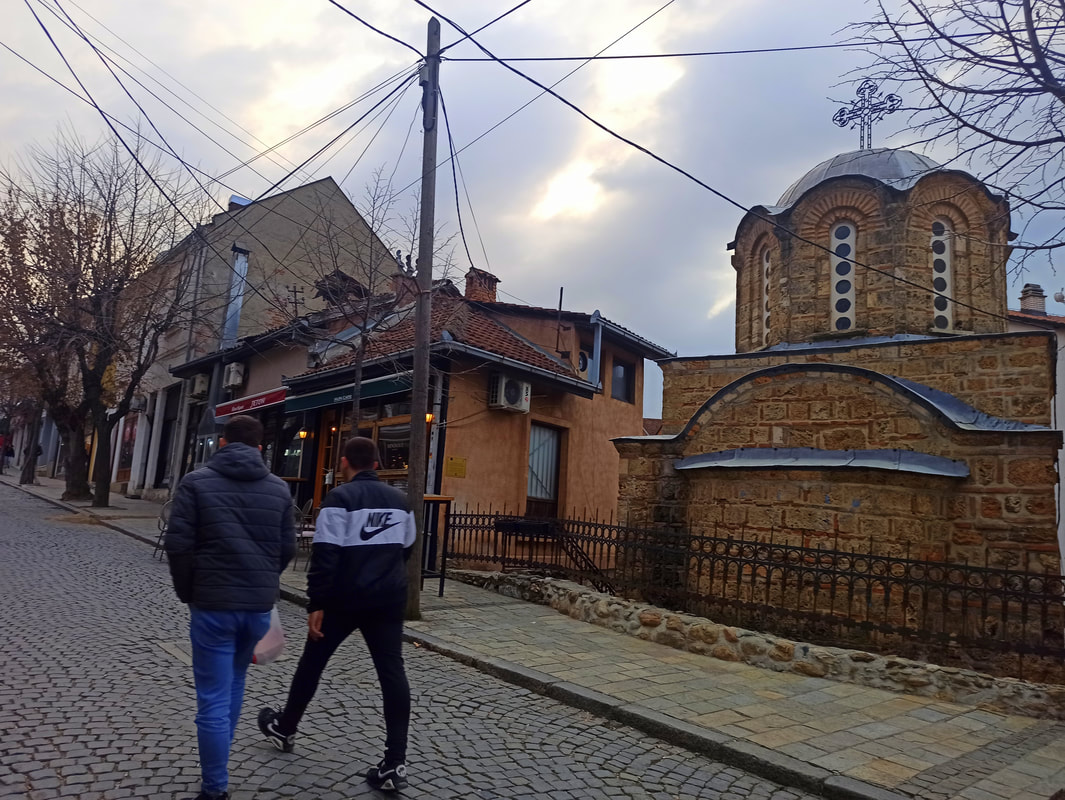 During Serbian rule, the Old Town of Prizren developed into a trading hub for mainly Ragusan merchants (a Croatian Republic). It maintained this status when the Ottomans took over in 1455. Positioned on the north-south and east-west trade routes across the Ottoman Empire, Prizren not only prospered economically, but it also grew out to be the social and cultural heart of the area. The focal point of all activity took place on the Shadervani Square, which nowadays still forms the vibrant core of the Old Town. Local legend has it that when you drink from its famous fountain, you’ll fall in love with a local and will never leave Prizren. Good thing I wasn’t thirsty, I still have too much nomad-blood in me! Other reminders of the Ottoman occupation are the Stone Bridge*, the Hammam (now housing the Archaeological Museum & Watchtower) and a collection of tekkes and mosques, including the Namazxhahu Mosque, the Mosque of Syzi Celebisë and the grand Sinan Pasha Mosque (which was built with the bricks of the Serbian Monastery of the Holy Archangels).


* The Stone Bridge was destroyed by floods in 1979, but rebuilt in 1982 with some considerable adjustments.
An interesting site commemorating the (local Albanian) resistance against the Ottoman Rule, can be found at the Albanian League of Prizren Museum. I was initially there to quickly grab a Geocache, but soon became intrigued with the building itself. A building which was destroyed by grenades, thrown by the Serbian Police in 1999 during the Kosovo War… but nowadays restored to its original state. For a lousy 1 euro you can go in and see the modest collection consisting of some documents, ethnological artefacts and an art exhibition covering the time of the Assembly of Prizren, formed in 1878 to seek autonomy and unification of Albanians within the Ottoman Empire. You’ve seen it in 15 minutes, but it will be a pleasant 15 minutes.

After the dissolution of the Ottoman Empire, a century of wars was upon Prizren/Kosovo. During the First Balkan War, Kosovo was seized by and incorporated into the Kingdom of Serbia, once again… even though the majority of the population was mostly Albanian. This didn’t proceed in the friendliest manner: approx. 5000 Albanians were slaughtered in the process. In this time, the Hydro Power Plant was built, nowadays also housing a museum. When WWI broke out, the Kingdom of Serbia was invaded by Austro-Hungarian and Bulgarian forces, whereas in WWII the area fell into fascist Italian hands. During these Nazi times, Kosovo was annexed to the Italian puppet state of Albania. After the liberation (by Russian-Bulgarian forces), the communist government of Yugoslavia took control until its dissolvement in 1992, when all Balkan states became separate entities again… Kosovo however still forming a part of Serbia… until the Kosovo War.

Luckily, Prizren didn’t suffer damages as heavy as Pristina during this particular war, when the Kosovo -Albanian Liberation Army rebelled against Serbia in order to obtain their independence. That said, during these times, many Albanians were forced to leave their homes (mainly in the Tusus neighbourhood) and some 100 houses were burnt down. When the war was won due to heavy NATO bombing of Serbia, these Albanians returned to Prizren, whereas the Serbian minorities fled… after which much of Potkaljaja, the Serbian neighbourhood on the hillside, was looted and burnt down.

Sigh.
​
Prizren seems so peaceful at present, a flawless multicultural fusion. But underneath that pretty surface is a history of struggle and hate between the elements of a melting pot that will never ever blend.
In search of some true peace?

​Go away from humans and move towards nature! Sharr Mountain National Park is just around the corner! It covers 532.72 km² of glacial lakes, rivers and pine forests, stretching all the way down to Albania’s and Macedonia’s highest point: Mount Korab. The area contains over 1800 plant species and a rich local fauna including the Balkan lynx, turtle, bear and chamois. Unfortunately heavy snowfall blocked the road and prevented me from a very desired visit/hike… but if you’re travelling outside of the winter season, you can get a cheap minibus in the morning at (allegedly) 7AM, 8AM and 10AM, departing from Marashi Bridge and headed for Prevalla (the bus back leaves at 4:30PM). However, different people mentioned different times, so it doesn’t hurt to verify this the day in advance.
Quick Budget Fact Overview 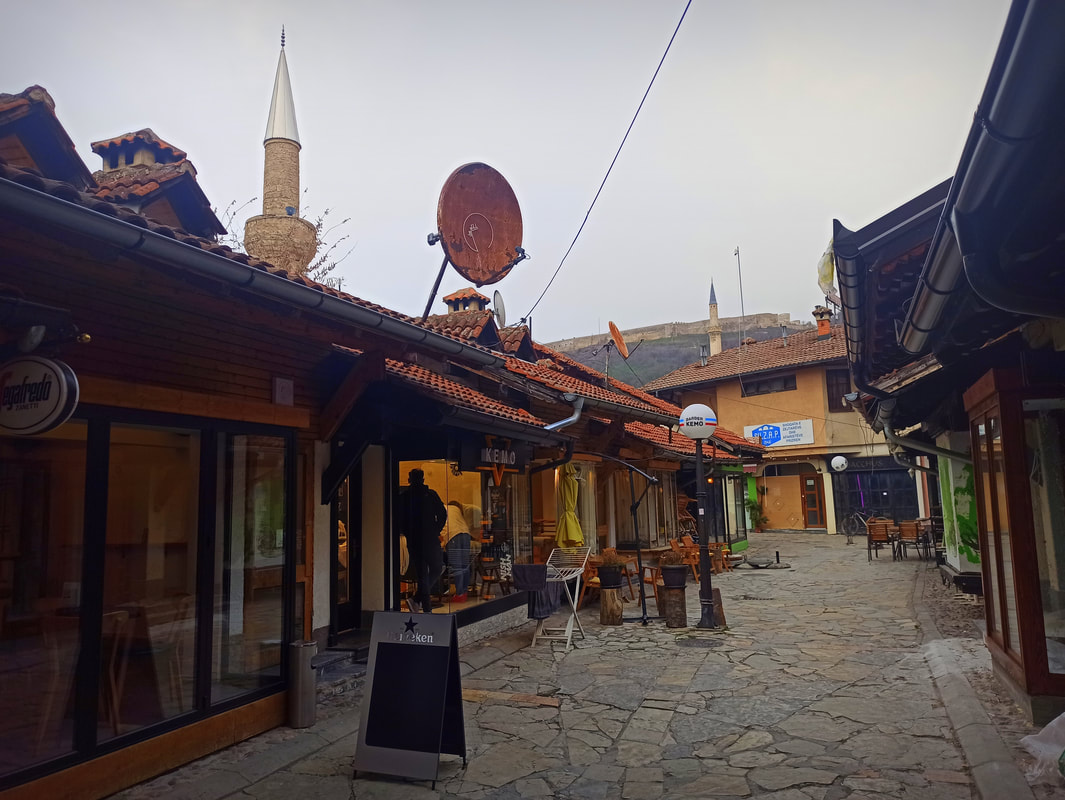 * A relatively complete overview of all sights and activities can be found on TripAdvisor… the above  lists include the ones I personally recommend. You can order your Lonely Planet here. 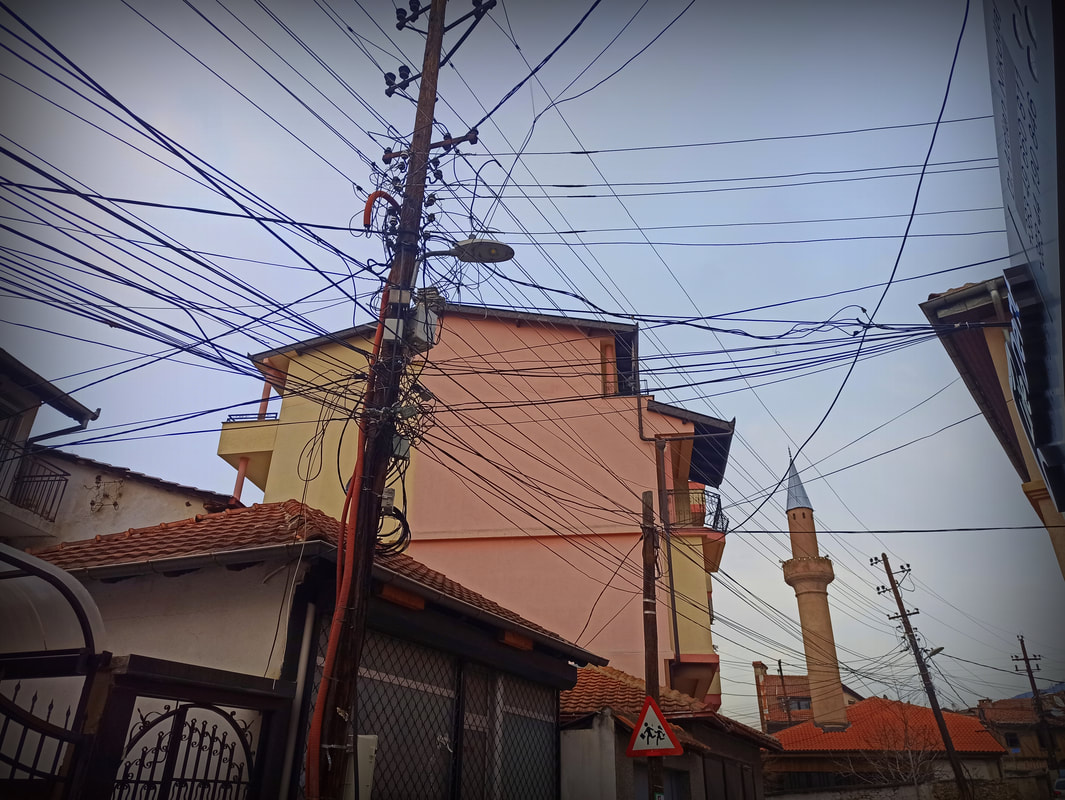 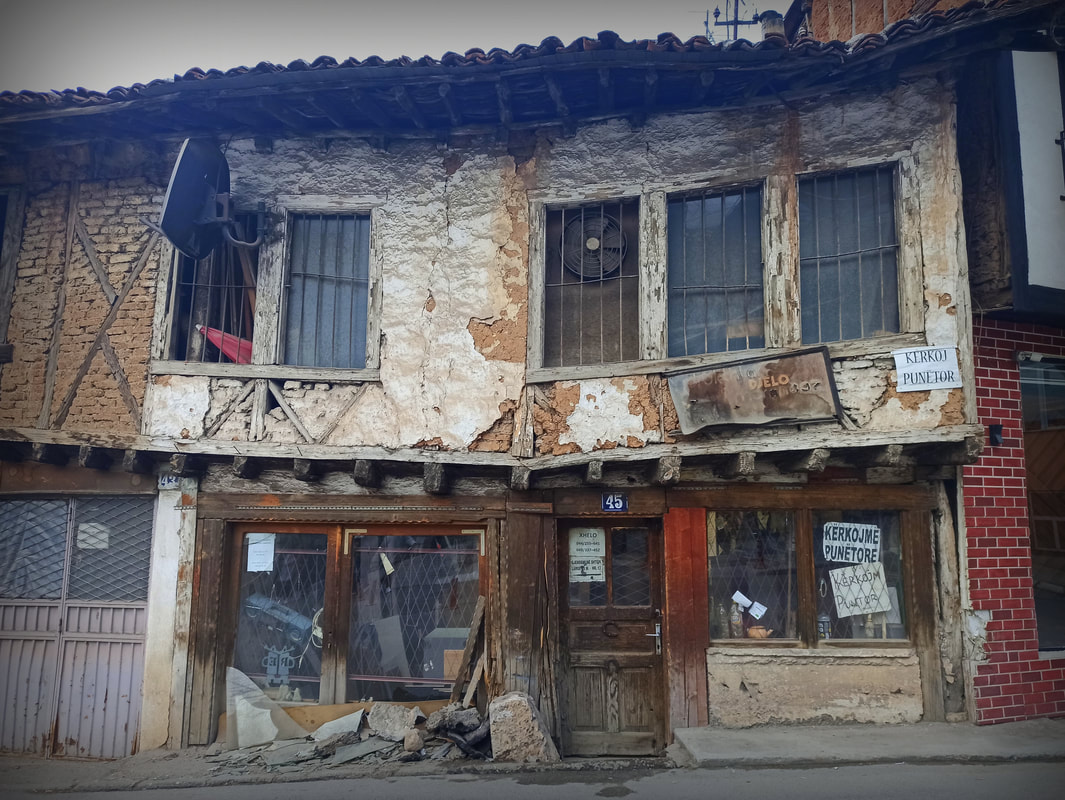 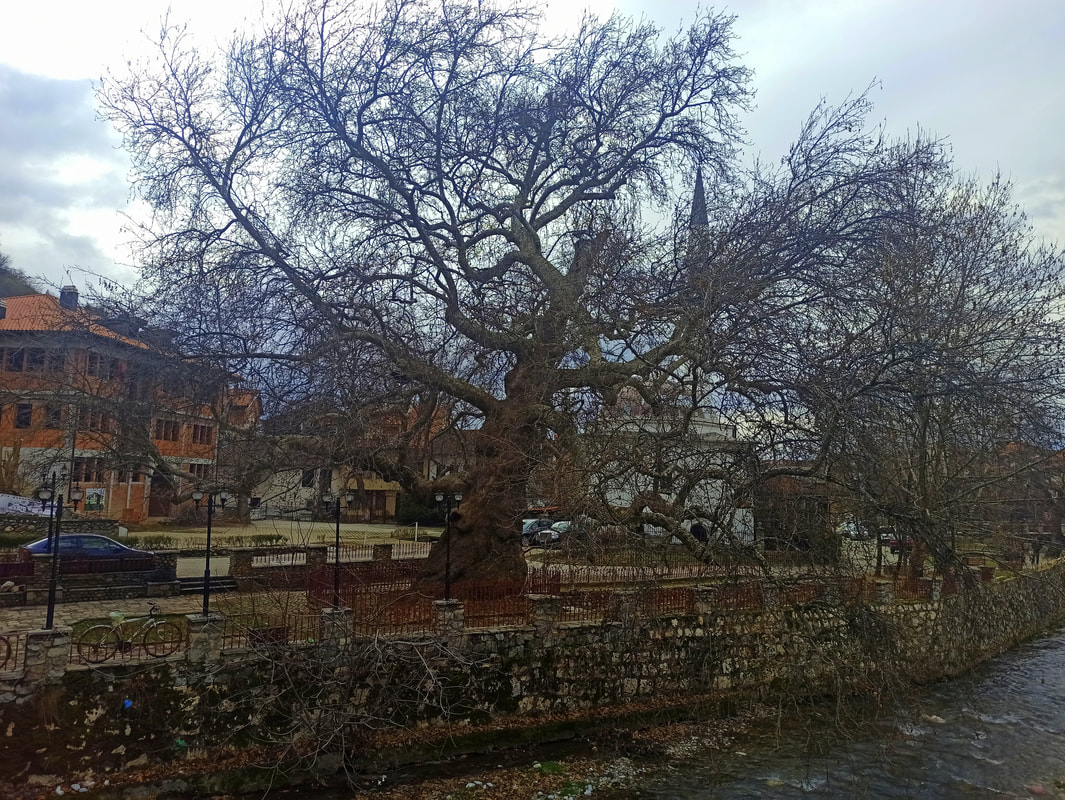 In order to support the travelers’ community, I spend many hours per week to adequately document all information and advices for prospective visitors, accompanied by a (hopefully) entertaining insight into my personal observations and experiences. This service is and will remain free. However, if you voluntarily want to make a contribution and support my travels and thus the creation of new stories and information supply, here is the button you’re looking for:
Donate
Related:
​​- Guest Blog 'Kosovo Girl Travels': Travel tips and stories from Kosovo's first and only travelblogger!
- Explore Kosovo's capital Pristina!
​- Get your Albania itinerary ready: Berat, Gjirokastër, Korcë / Ohrid Lake, Theth, Shkodër, Tirana, Mount Korab & the coast!
​​- Check out Budget Bucket List's FAVORITE HIKING DESTINATIONS worldwide!
- Visit Balkan's finest: Montenegro's National Parks Blog, Kotor Bay & Lovcen NP and Cetinje, Podgorica, Prokletije NP and Montenegro's Coastal Towns Blog
- 10 typical Dutch celebrations no traveller should miss out on
​​- History preserved: Time capsule of Romanian culture Maramures
- Be about Bulgaria: Check off Bansko, Belogradchik, Plovdiv, Sofia and of course Veliko Tarnovo!
- Where modern meets classic: Vilnius, Lithuania
​- 8 ways to save money in Vienna, Austria
​​- German gems: Aachen & Frankfurt am Main
​- Europe's best skiing & hiking: Get your ass over to jaw-dropping Switzerland!
- Unravel the mysteries of Serbia
​​- Discover the splendours of Turkey: Istanbul on a Budget & Reasons to visit Edirne
​- Read about Bosnia & Herzegovina: Mostar, Blagaj, Trebinje, Sarajevo, Jajce, Banja Luka and Sutjeska National Park (incl. Maglic Peak - the country's highest!)