Download File
An edited version of this post can be found on STEEMIT: Upvote me to support my travels for free!
​
There was only one Couchsurfer in entire Itatiaia and that guy was named Dimas (Dzjiemàsh). And Dimas was going to be my friend, because Dimas is awesome. Who else is and a math teacher and a public speaker and a (book-)writer and a blogger and a researcher and  LARP-er? Right, Dimas.

Besides Dimas, there’s other stuff that makes Itatiaia interesting. The national park that bears the same name, to mention a rather obvious example, which is of such a giant size that it overlaps two provinces. To celebrate the fact that I was going to hike the shit out of that one we decided a celebration was in place, with lots of wine and even more caipirinhas, because: Brazil. 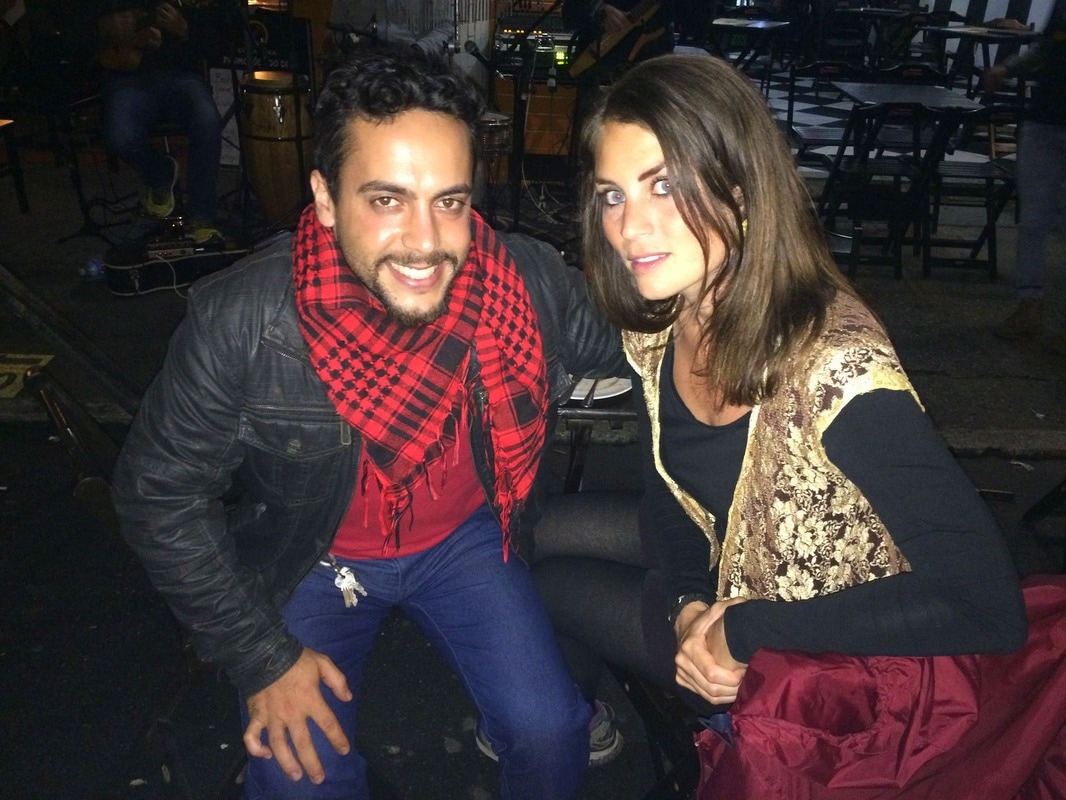 So yes, good guess: I woke up at midday. Mentally handicapped. But well, I know (too) many people that walk through life with a healthy body but a mind of questionable condition, so why couldn’t I follow their lead for one day? Sweat the poison out. I however forgot to consider that the distances are considerable. It’s one of those national parks where you need a vehicle for or go with a tourbus… but that stuff costs money, and that’s the one thing the Budget-Bucket-List’er tries not to spend. So I looked down to my own two feet and told them: “come one boys, let’s go places!” 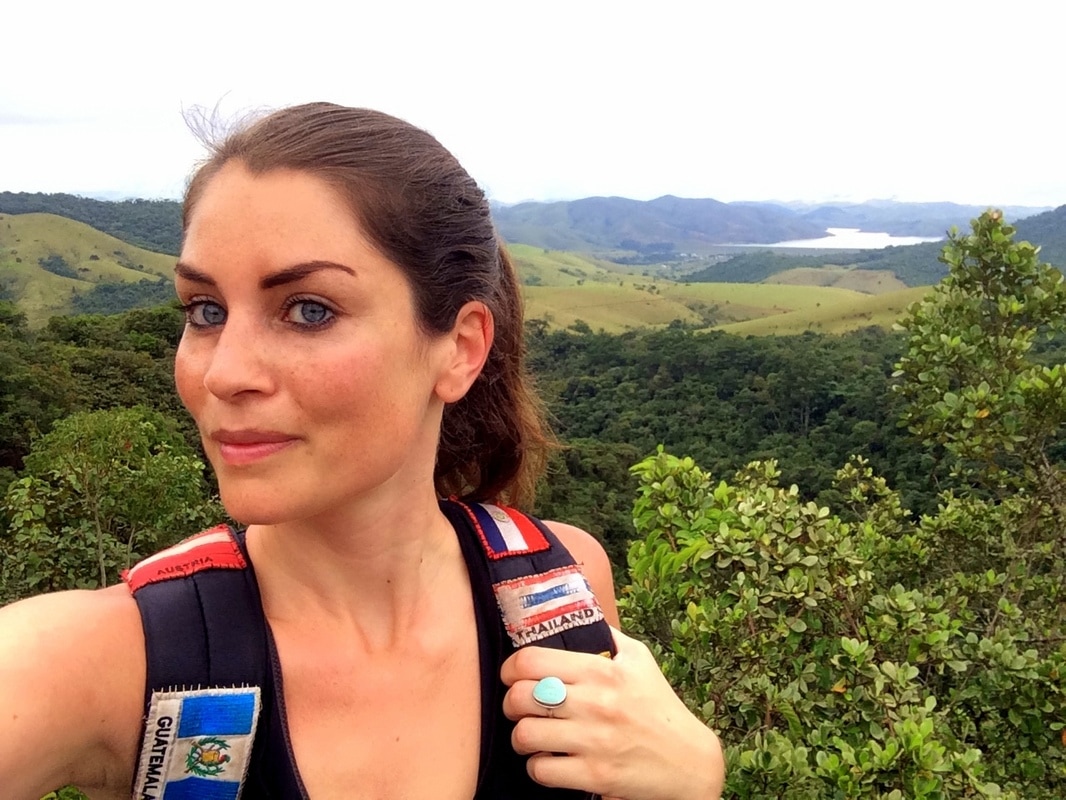 Almost an hour later I arrived at merely the park entrance of the natural reserve’s lower part, 5km outside of town. This meant that I had exactly 2,5 hours left to walk 9km to the many waterfalls and 9km back again. Well… don’t think in limitations, think in possibilities! Stuff usually tends to work out for me somehow, so I might give it a go today as well. 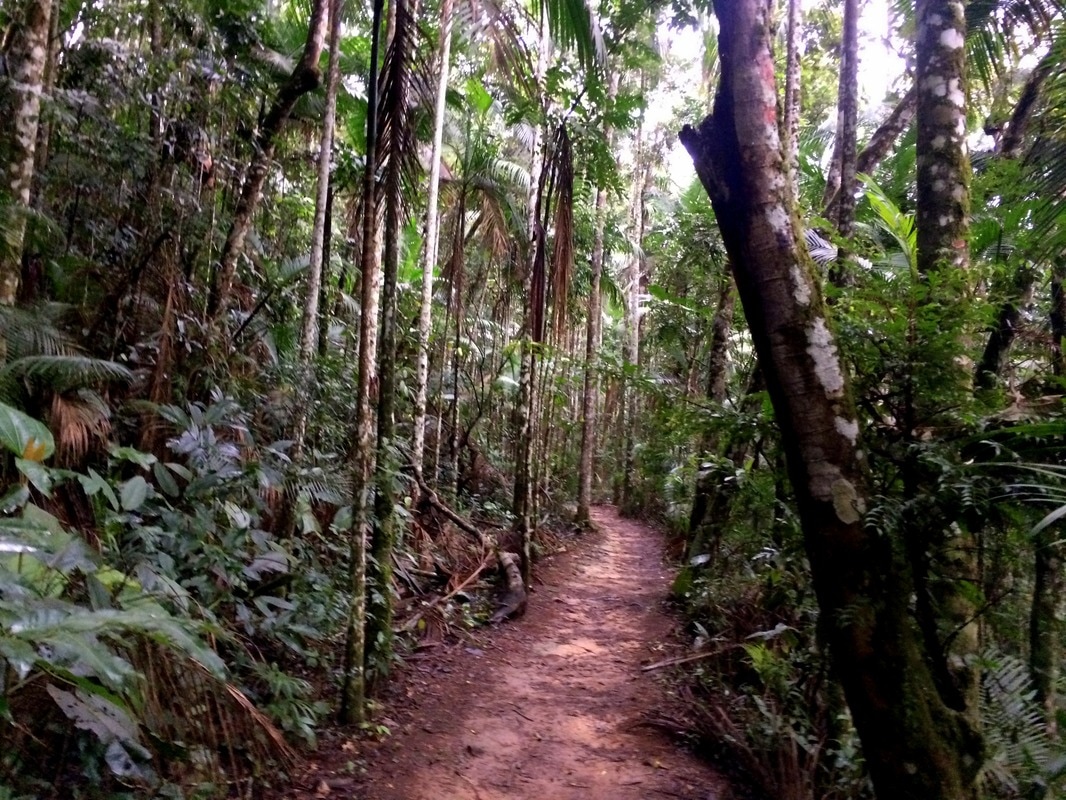 ​It started promising: for some unexplainable reason I managed to convince the ticket lady I’m local. I would never have believed that bullshit-story of being a Dutch citizen (I had to explain that Dutch passport) with Brazilian parents, being an Italian-based student (I had to explain that expired Italian student card)  on an exchange in São Paulo since only a few weeks (I had to explain my miserable level of Portuguese), still waiting on my Brazilian tax number (the national bureaucracy and inefficiency being a very believable excuse though)… but well, she did, and she was the one giving me 50% off and a two-day ticket for only two bucks extra. Self-high-five.

I passed the many exciting signs warning for tigers and pumas, but life gave me monkeys. Acceptable.
An hour later I was granted my first lookout point, Mirante do Ultimo Adeus e do Rio Campo Belo, quite a mouth full. And man, was it worth it. If this is all I would see today you for sure wouldn’t hear me nagging. 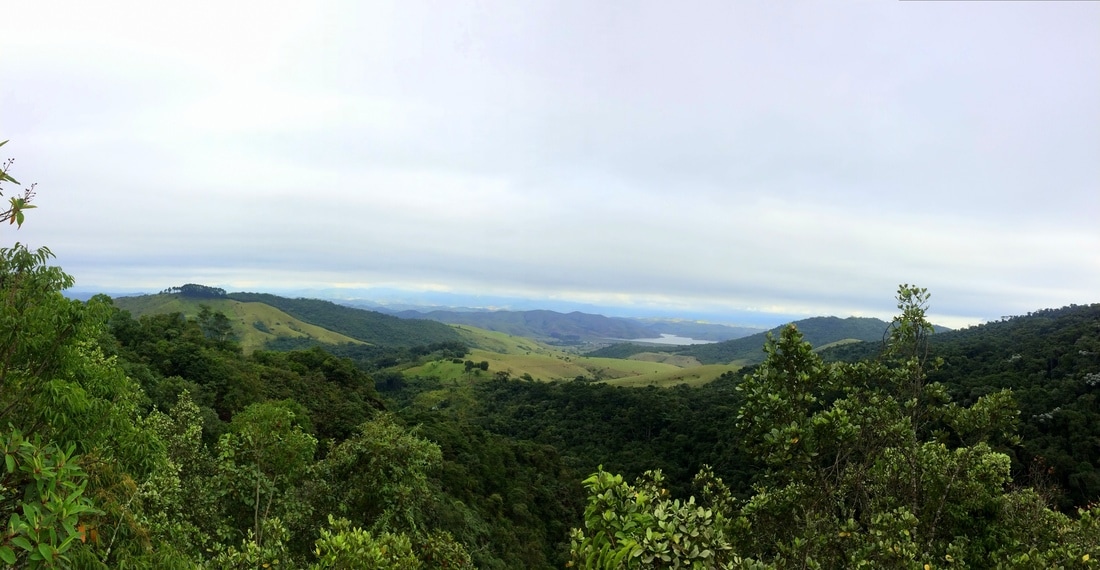 But I went on, even though rain started pouring. When the hiking shoes are in motion you need a bit more to stop me.

Next point of interest: Lago Azul. It wasn’t blue at all, it could be qualified as more of a transparent brown. It also wasn’t a lake, but a river. Mwahhh, details, what do those matter in the country of imaginary ordem e progresso? The place was absolutely lovely. In case I would be there on a romantic date, it would be a won match. Instead, I hugged myself for being here.
​I had about 40 minutes before the park would close, but I decided to give those 3,5km to the falls a go anyway… deciding that the whole how-to-get-back-story were problems for later. Luckily, a scooter passed by. No idea what a scooter with a local guy on top of it is doing deep in a national park, but the real question was if he was going to give me a ride or not. Of course he was, all the way to the end. When I finally reached the destination, the holy grail of the entire hike, a sign provided me with the biggest anti-climax possible: all falls were closed because rain made the trails slippery. 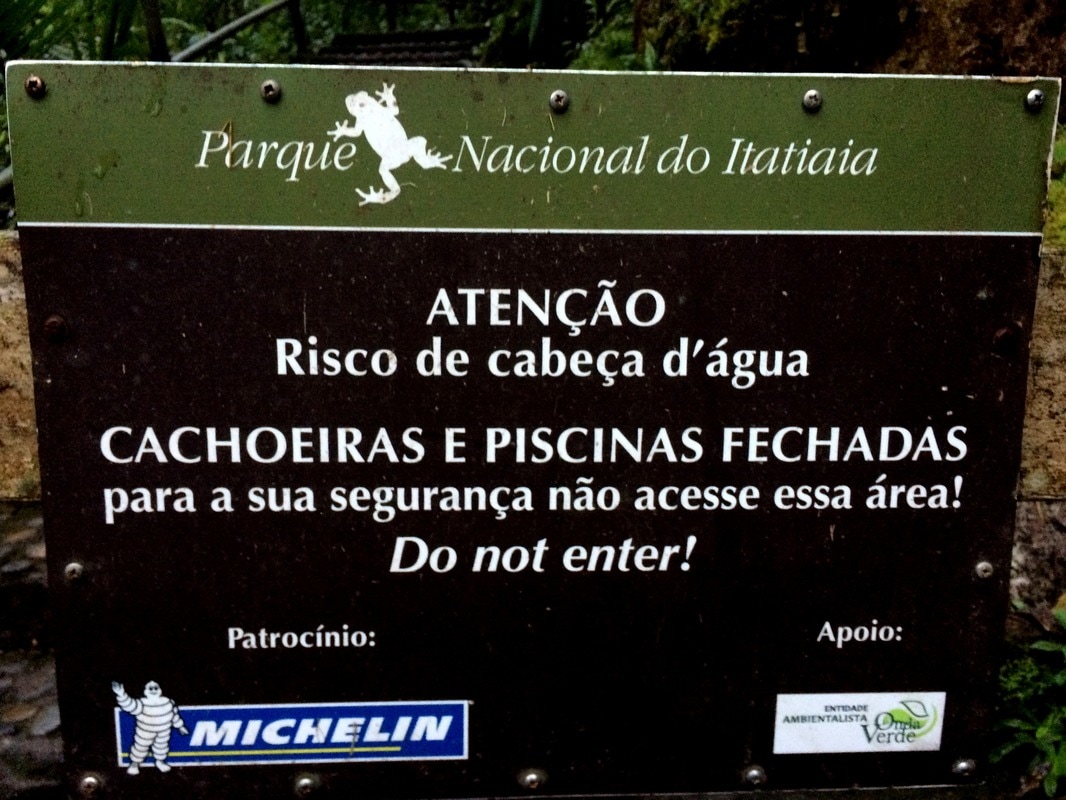 I read that as “all trails are closed UNLESS you climb over the gate and do whatever the hell you want.”

Slippery, pfff give me a break, I thought 5 nano-seconds before I thundered down the stairs. It doesn’t matter, adventure is the word! I checked off 2 outta 3, satisfying score.
I was just about to wonder how I would make it those 9+5km back down there in the dark when a car drove into my direction. A man looking like Morgan Freeman shone a torch in my face: “Are you the lost Dutch girl?” he asked. Lost, am I? “I traced her down!”, he barked into his walkie-talkie…

“We sent a search troop out to find you, you were reported missing.”

Great, I guess my ride was settled. All included in that discounted entrance price, not bad! When I told him I walked all of it he shook his head. In those 36 years he worked here he never did that or heard of anyone doing that. And I did it with a hang-over, imagine what I could do without one…

Alternative: Car hire isn't expensive at all in Brazil, I noticed. 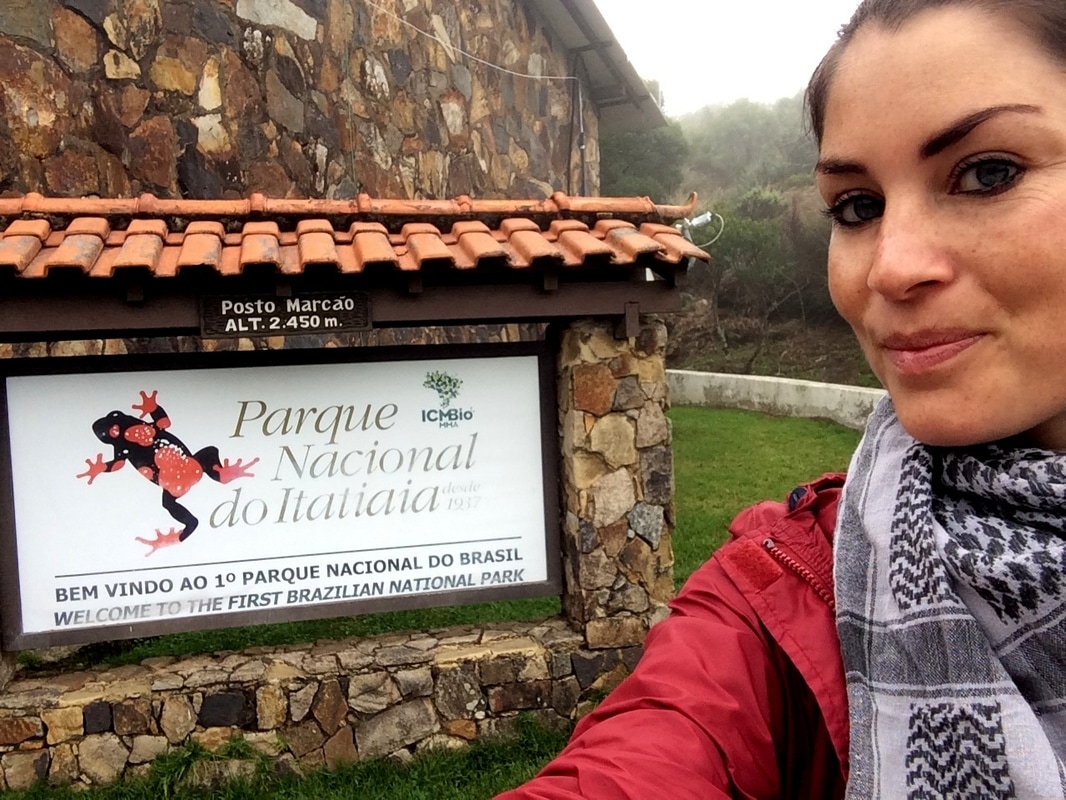 That was something to try out for the next day. A day with absolutely no guarantees. You see, the upper side of the park is all the way up north, bordering the province of Minas Gerais. And there is no bus getting you there, none at all! So yes again, you need a car… or convince someone who has one to take you. That sounded more like my strategy. So first I walked 1,5km to the other side of town. Then I took a city bus to the tiny town of Engeinhero Passos (that took a lifetime to arrive), which was about as far as I could get. From there I hiked towards Route 354 to try to hitchhike up the swirling road to the Garganta do Registro. Within no time I got picked up by a chatty old couple that just had their 40-years-wedding-anniversary that day. She said it were 40 years of  pure happiness, he had his doubts. But then… THEN it got tricky. 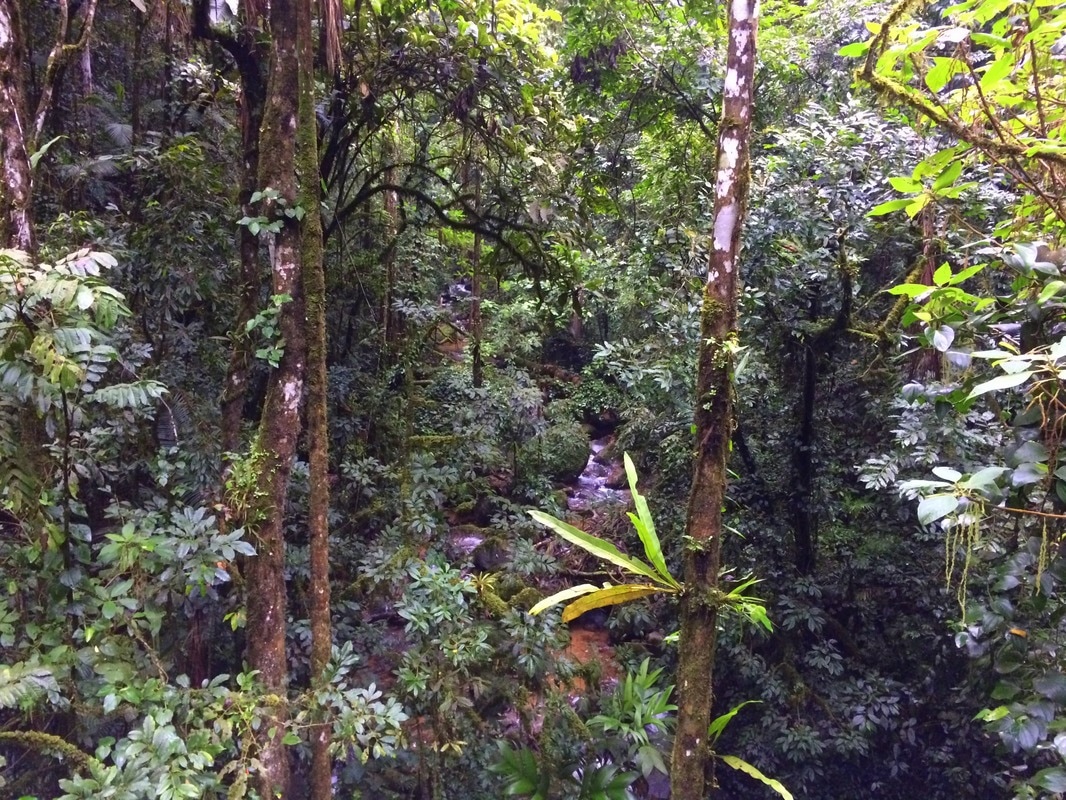 Even though you’re already traveling/waiting two hours by then, you’re  not there yet at all. You have to turn right  into a dirt road that brings you to the heart of  the park. And that dirt road can take hours and hours to walk… and there’s no traffic either. Unless you’re me, than you happen to walk into that trail when a vehicle happens to drive in. The young, recently engaged, professionals Eduardo and Cássia were happy to let me hook on. 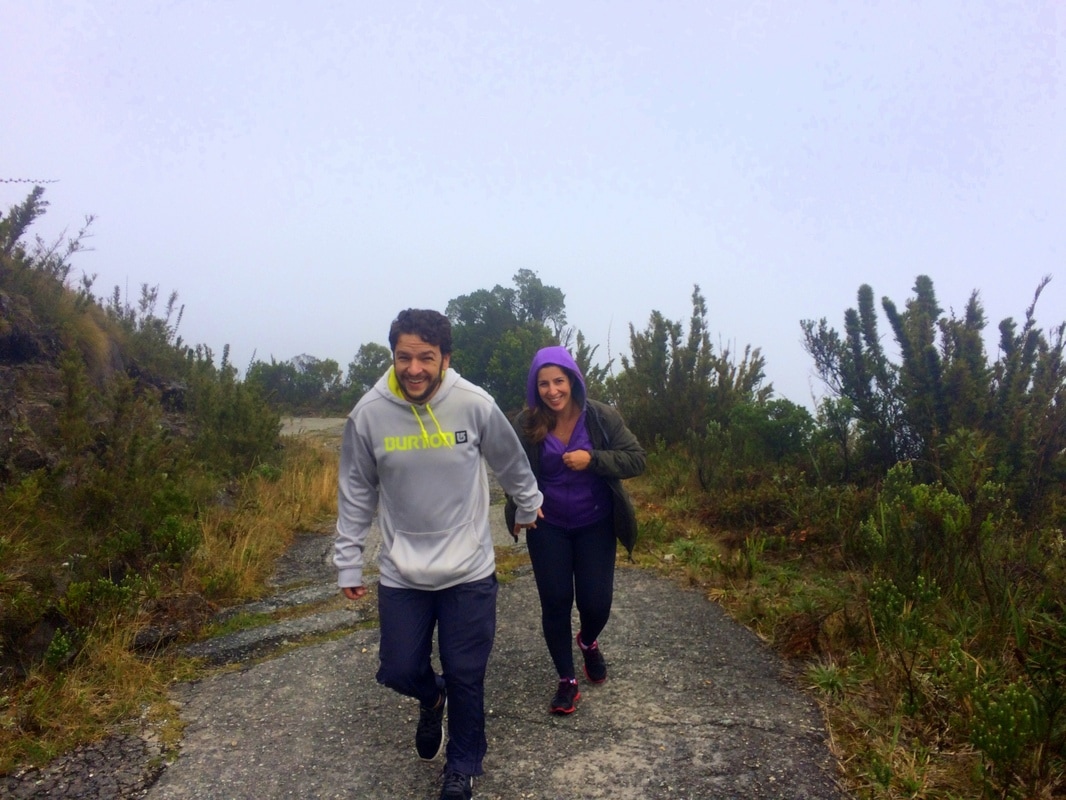 It was too late to still enter the Agulhas Negras (black needles) peaks, the hide-out of ‘Angel of Death’ Josef Mengele after WWII… 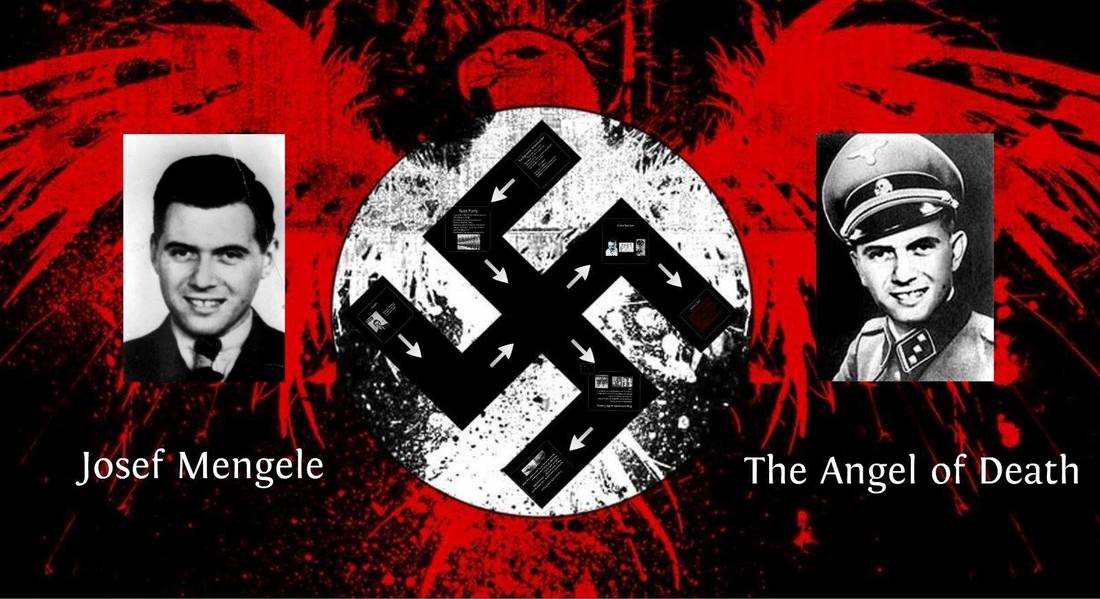 … but considering the weather conditions that was more a relief than a constraint. We were basically inside of a cloud the entire afternoon. And damn, it was cold. Height and stuff.

But it was my only day, so I dealt with what I got. It had its charm, at least, for me. Give me a mountain and I’ll hike it, that’s what I do. I had nature, I had nice company, what not to like? And I did it, I made it to the upper side of the park without a dime in my pocket (only to buy pinhão and paçoquinho).
Conclusion: yes, Itatiaia  is awesome. Just get yourself a car. 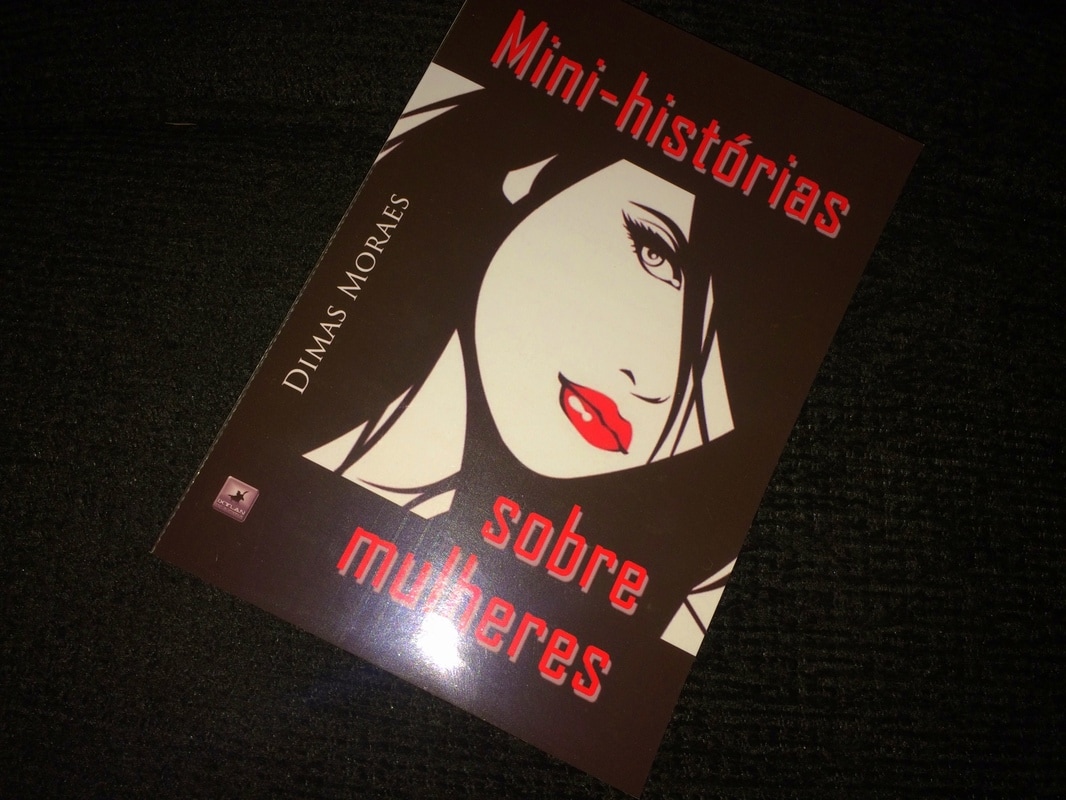