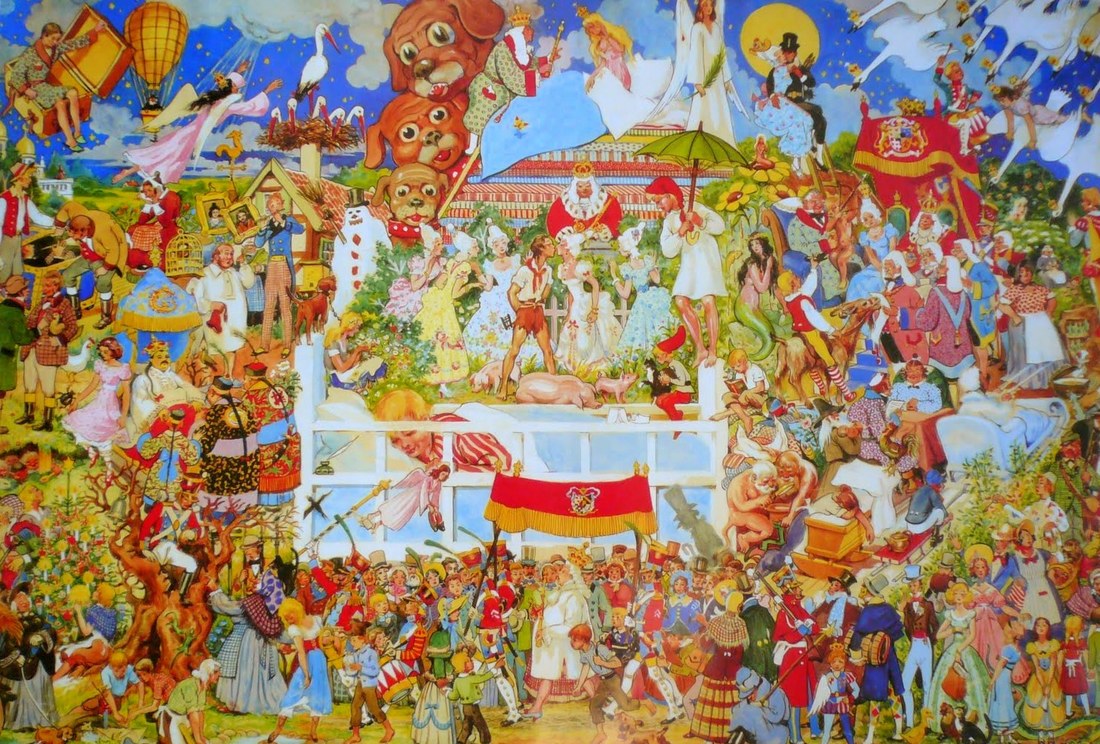 Of course not! Any fairytale fanatic (ME!) knows already what’s going on. I’m naming some, but certainly not all, of the magic tales of the father of bedtime stories: Hans Christian Andersen. Just hearing these titles triggers my entire childhood to flash by before my eyes. Tales that, truth requires to admit it, I carried along far into adulthood. 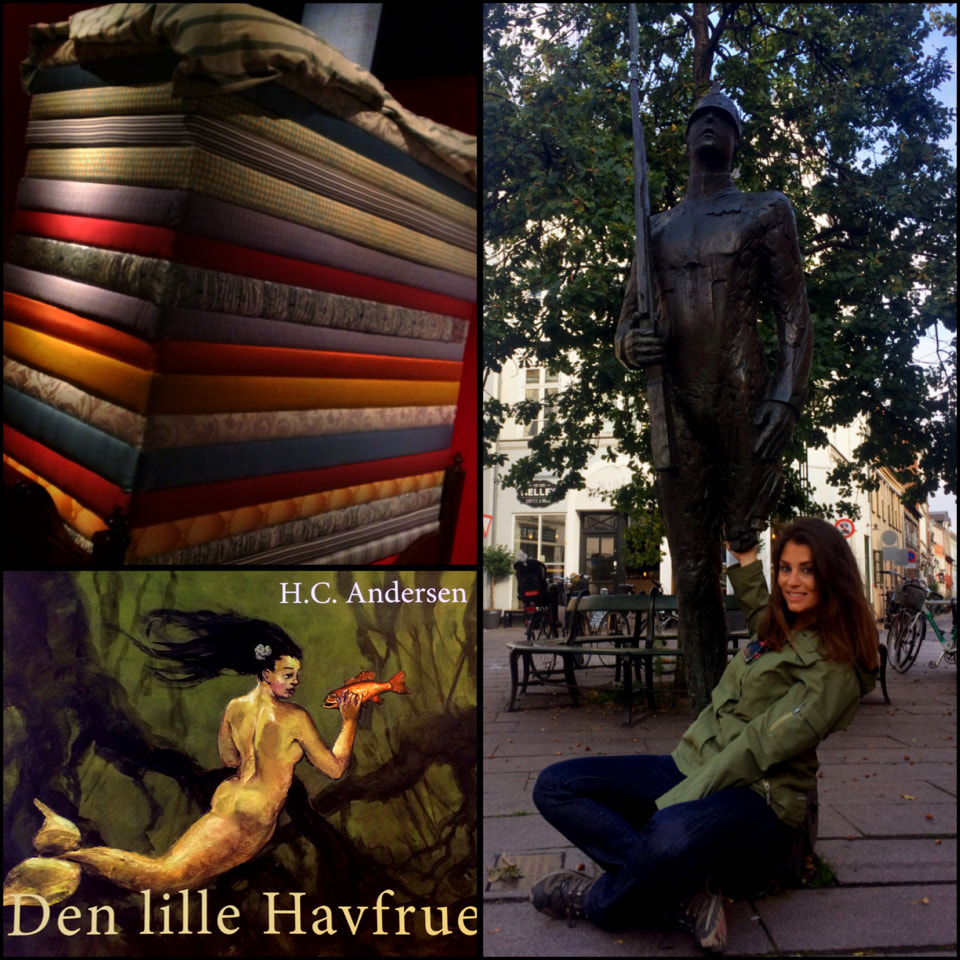 Some people choose religion, some politics, I go for fairytales, which is kind of the same thing.

And I wanted to see the city of his childhood, in which he maybe found the inspiration to inspire mine. Odense.

Fun (?) fact: You pronounce Odense as “you-n-sè”. Yeah dunno, Denmark happens. Do with this information what you want 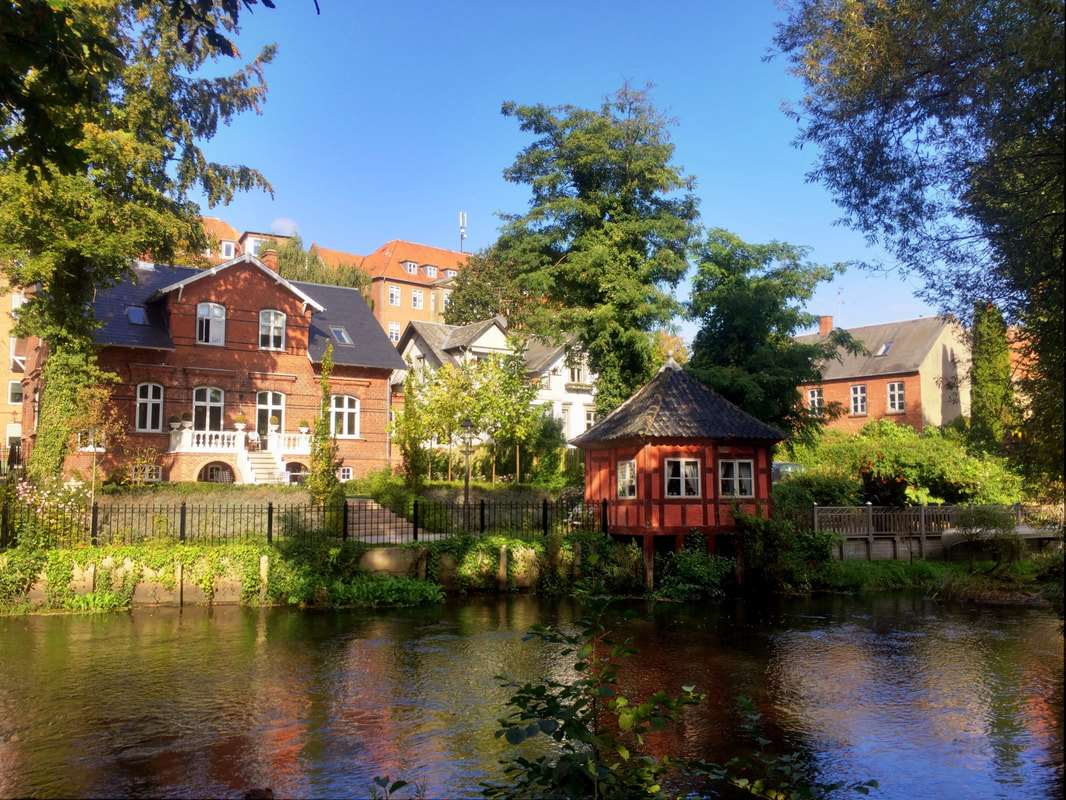 But before I met Hansie I first met up with Andrei, the Iranian Dane who was about to host me for three days in a row. This hitchhiking traveler and I immediately hit it off, as, well, he basically qualified as the male version of me… just with a bit more marihuana in his lungs. Once I kicked off my Andersen-monologue I noticed he couldn’t hide his annoyance. “Right, he was born here, big deal, even though he lived most of his life in Copenhagen… It’s just… they bombed this whole damn place into Andersen-town, milking it out until the last drop.” He’s got a point. I shyly glanced at my phone and had to admit I had already downloaded the Andersen-city-walk-app, making him burst out in laughter… but luckily Andrei was still willing to show me the highlights in person. 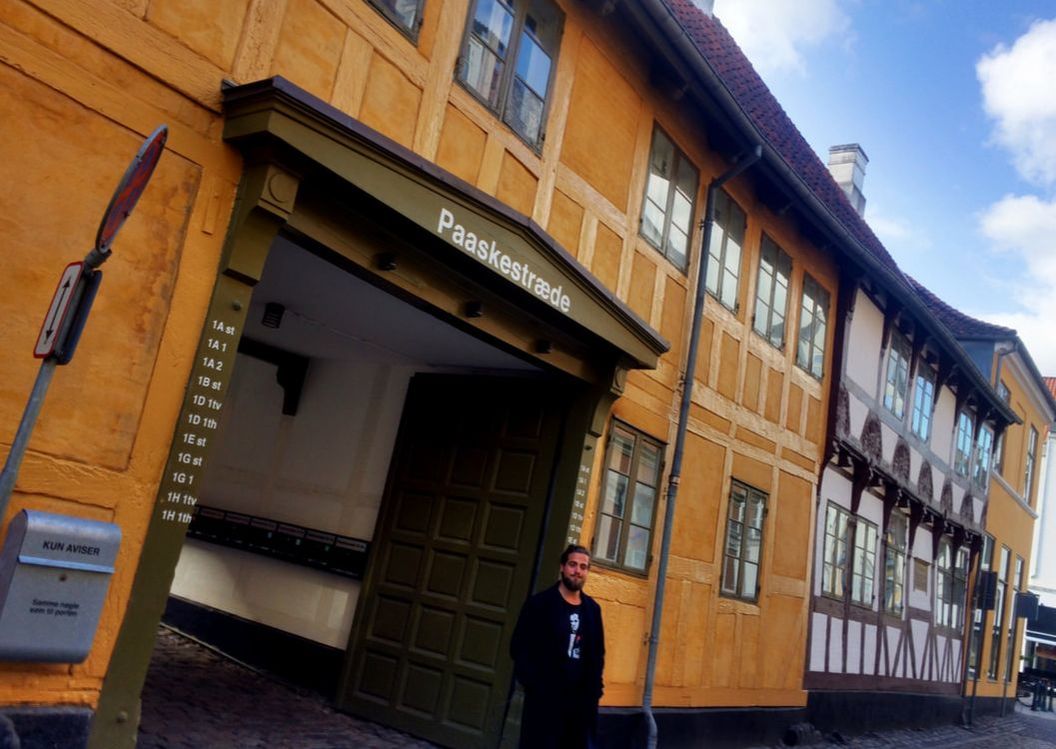 ​We strolled around the picturesque historical town passing the many fairytale-based statues, scattered around through the city center. We also passed a statue with an erect penis and a vagina on a stick. Why? Ask Denmark. 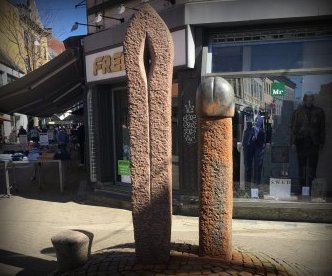 We followed the river in which Hans’ alcoholic mother used to wash laundry for a living, drinking a few sips more to beat the stinging cold. Passed the church we arrived at the old ‘school for the poor’ where this literary hero learned how to read and write. The idea was to visit a handful of museums that are certainly open for a visit… if you shit gold. Even though Andersen belonged to the absolute poorest layer of society, nowadays you have to be rich to admire any of the art and culture he created (unless you visit on a Thursday, when museums are free in the evening). I decided to narrow it down to the one museum I came for. Yeah, good guess: The Hans Andersen Museum. 95 kronor, 13 euro’s, free heart attack included. That said, the museum is pretty well done, guiding you through the entire life of this literary legend, from crib to deathbed. 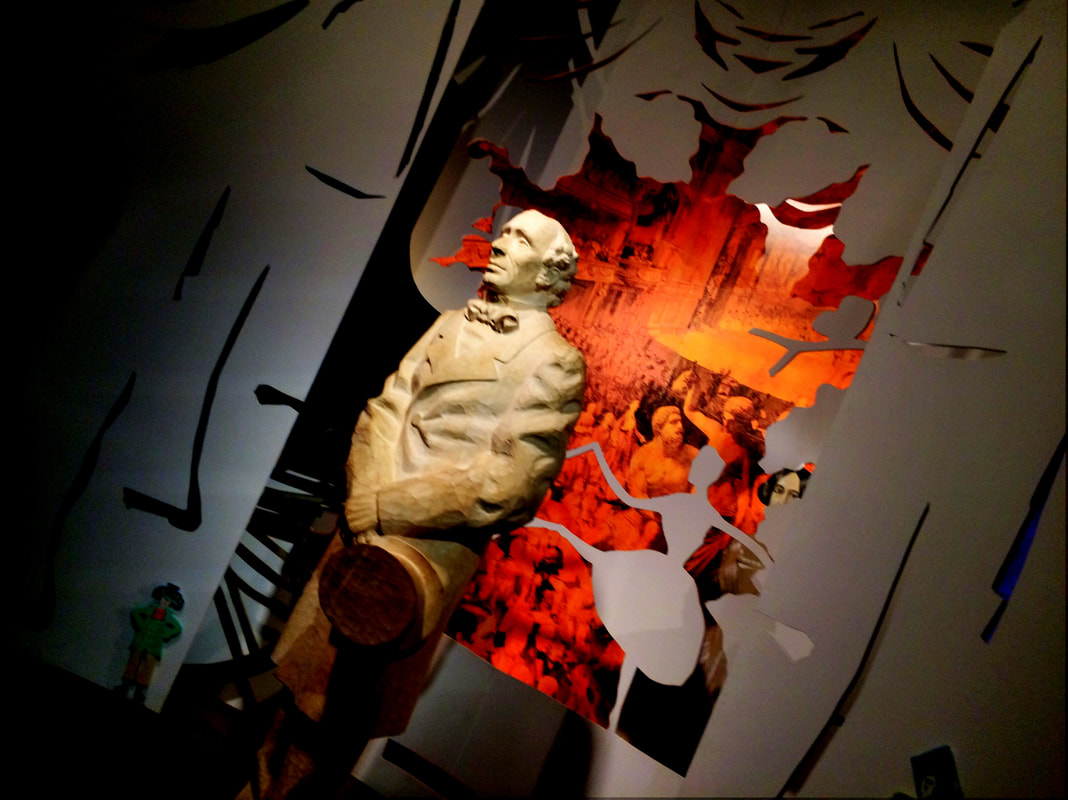 The funniest I found the part that covers Andersen’s meeting with Charles Dickens, which impressed the Dane so much he wrote a transcript about it. Dickens, on the other hand, stubbornly ignored his letters for a few decades to come, only referring to him once more as a ‘particularly boring man’. It made me giggle a bit, as this is exactly my experience with the Danes. They’re alright, they really don’t do anything wrong, and THAT’S exactly the problem. The whole society is glued together by rules and restrictions, and there’s not one living soul in the entire Danish population that decided to screw that and do whatever the hell (s)he wants. Try to cross a red light as a pedestrian, the pure shock on the local faces already makes it worth your while.

Man, I even got chased by a cop on a motorbike because I had my friend on the back of a bicycle! In my country that’s how we transport people, even more so if we’re drunk, as the cops only fine drunk-drivers with cars.

What can I say, the advantage is that it’s really damn easy to be a rebel in Denmark.
With the same museum-ticket you can have a look at Andersen’s childhood house, where it’s a challenge to spend more than 5 minutes. BUT make sure you head up to the garden, I spent a great deal of time eating every single raspberry from the bushes. You gotta grab all the free food you can get in one of Europe’s most expensive countries, I’d say! 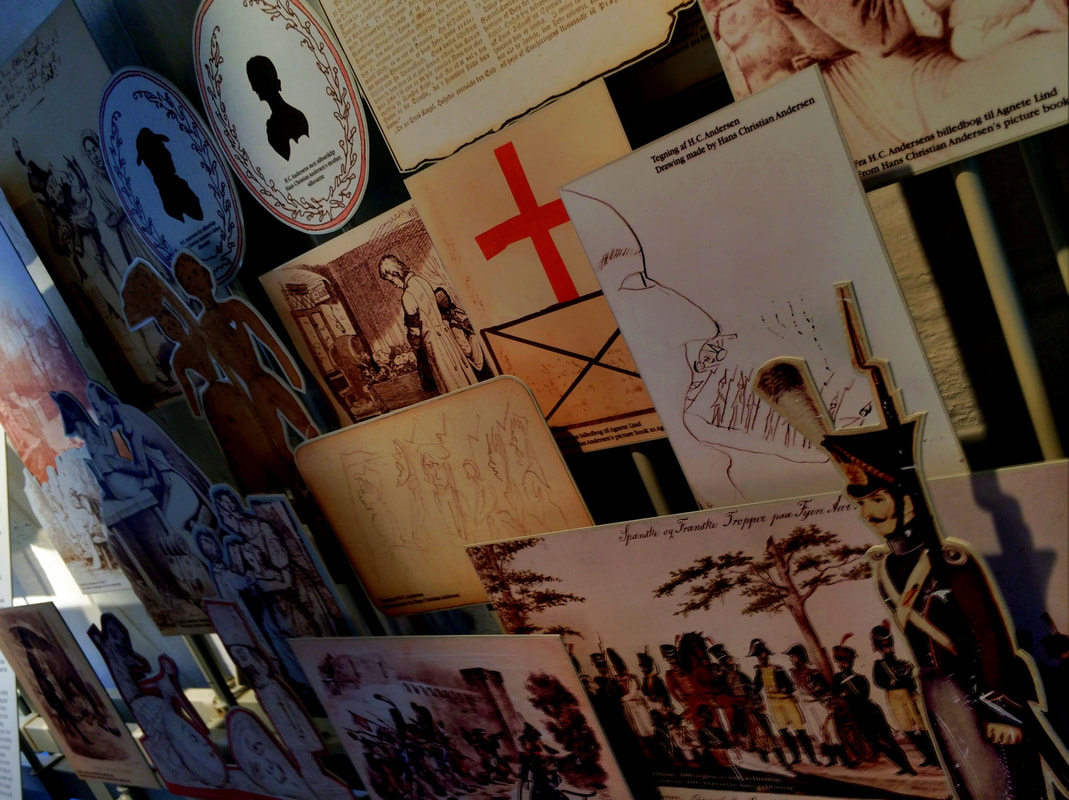 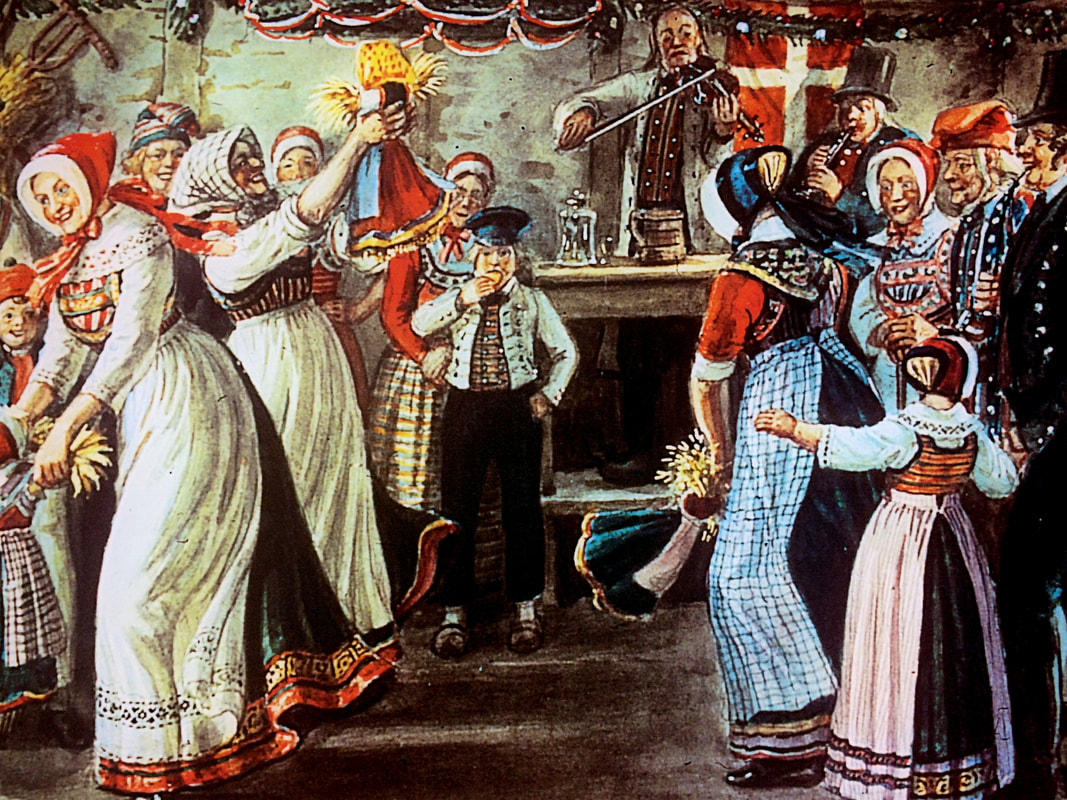 Nothing wild, of course, it’s Denmark, but interesting nevertheless. It’s a beautiful reconstruction, or better said, preservation of what once was.
By the way, you of course don’t have it from me, but eh… Enter the restaurant via the gate right of the entrance, at the end of the parking lot. Go into the garden until the outdoor bowling lane and climb the very low fence in the bushes next to it. You just saved yourself 10 bucks. No Dane will ever hold it possible anyone could do something that naughty, so you’re good. Live a bit.

Even Andersen said so. 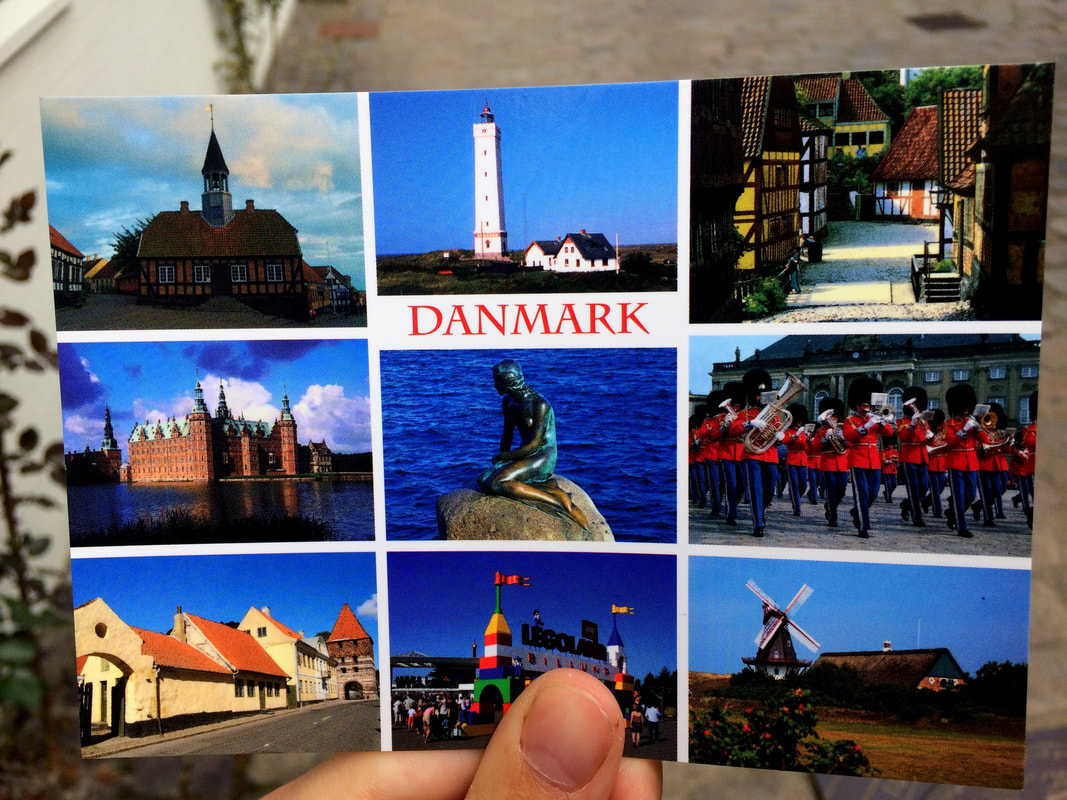 In order to support the travelers’ community, I spend many hours per week to adequately document all information and advices for prospective visitors, accompanied by a (hopefully) entertaining insight into my personal observations and experiences. This service is and will remain free. However, if you voluntarily want to make a contribution and support my travels and thus the creation of new stories and information supply, here is the button you’re looking for:
Donate
Related:
- A natural getaway in Denmark: Mols Bjerge National Park
- Citytripping in Denmark's capital: Copenhagen
​- 8 ways to save money in Vienna, Austria
- Europe's best skiing & hiking: Get your ass over to jaw-dropping Switzerland!
​​- Couchsurfing in the house where Ruben Dario used to party: Jujuy, Argentina
- Where Le Petit Prince started... Peninsula Valdes, Argentina
​- Le Petit Prince in theatre in Queretaro, Mexico
​- Where Ruben Dario once lived: León, Nicaragua
​- Discover more Belgium: Antwerp & the most kick-ass Flanders itinerary!
​- A visit to Lord of the Ring's Hobbiton [Matamata, New Zealand]
​​- The prettiest historical town in Romania: Sighisoara!
​​- History preserved: Time capsule of Romanian culture Maramures
- Visit Europe's mini-countries: Gibraltar, Liechtenstein, Luxemburg, Kosovo & Wales!
- The 3 golden rules to travel Sofia on a budget! & Why you shouldn’t miss out on Plovdiv! [Bulgaria]
​​- Top-5 places to visit in South Limburg [The Netherlands]
​​- German gems: Aachen & Frankfurt am Main