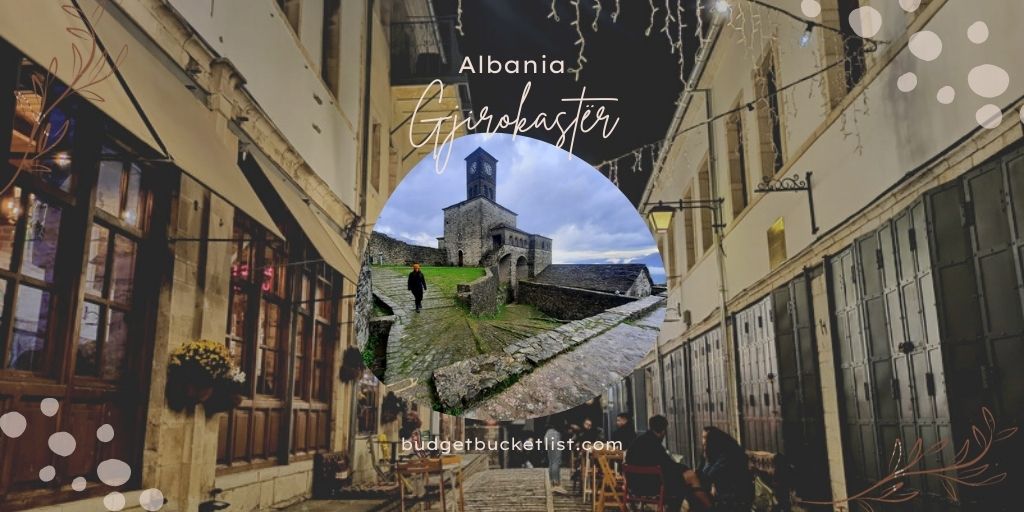 Not in the story-mood? Scroll down for the Quick Budget Fact Overview: an itemized information summary of Gjirokastër! ↓
Some countries you enter with certain expectations. When it came to Albania, I had none. A country like Bosnia and Herzegovina is preceded by (sad) legends, the name “Montenegro” gives away its mountaineous character… but what’s one to expect with a country such as Albania? Yet, somehow when I entered Gjirokastër (Gjirokastra) it all made sense. This is what my subconscious previously decided Albania must be like. Its bustling bazar flawlessly blends the vivid colors of local folklore with the Ottoman heritage, its monuments and architecture aligning the steep streets effortlessly connect the past with the contemporary turmoil. An obvious UNESCO World Heritage Site. The national cultural capital, décor of the childhoods of the country’s heroes and fiends… including Ottoman leader Ali Pasha, novelist Musine Kokalari* and ruthless Stalinist leader Enver Hoxha, who implemented a brutal local genocide and put Albania in a 4-decade lockdown. The history of Gjirokastër determines the face of today’s Albania.

​
* She was the first published female writer in Albania, writing in her native Gjirokastrian dialect. 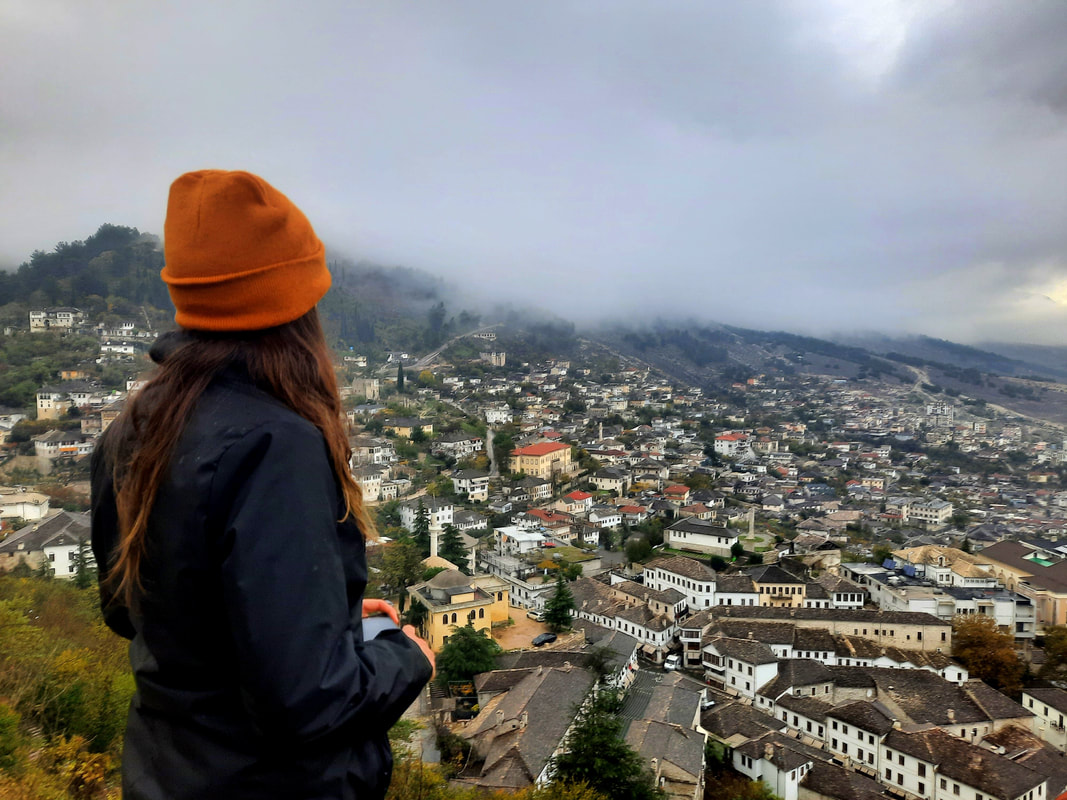 Too busy to read now? No problem, save it for later!
​Save on Get Pocket | Save in Browser Bookmarks| Save on Instapaper
Why Should I Go?

If the intro didn’t already give away the city’s historical and cultural significance, I honestly don’t know what does. Just being here feels special. That said, it’s more interesting to turn such a feeling into concrete activities, which can easily fill a day in this tiny but dynamic little town on the hilltop.

Your first stop will undoubtedly be the Gjirokastër Castle. I know, I know… If you have been traveling the Balkans for quite a bit already, odds are high you’re properly over those damned castles already. I sure as hell know I was. But hear me out, this place truly is something else. Not only is it one of the biggest castles I have seen in the entire Balkan-region (together with the Rozafa Castle in Shkodër), it’s the best preserved and restored one. Not to mention with one of the best views. When you slowly wander in between the castle walls you can effortlessly relive its turbulent history, both real and mythical. Talking of the latter: According to local legends, the Albanian Princess Argjiro refused to surrender when the Ottomans came knocking at the door during the 15th century. When she threw herself and her baby off the castle walls, the child miraculously survived… and where his mother fell to her inevitable death, milk flowed from the rocks. A magical tale backed up by some actual geological evidence: At the foot of the castle walls, limestone cliffs are covered in calcium deposits. 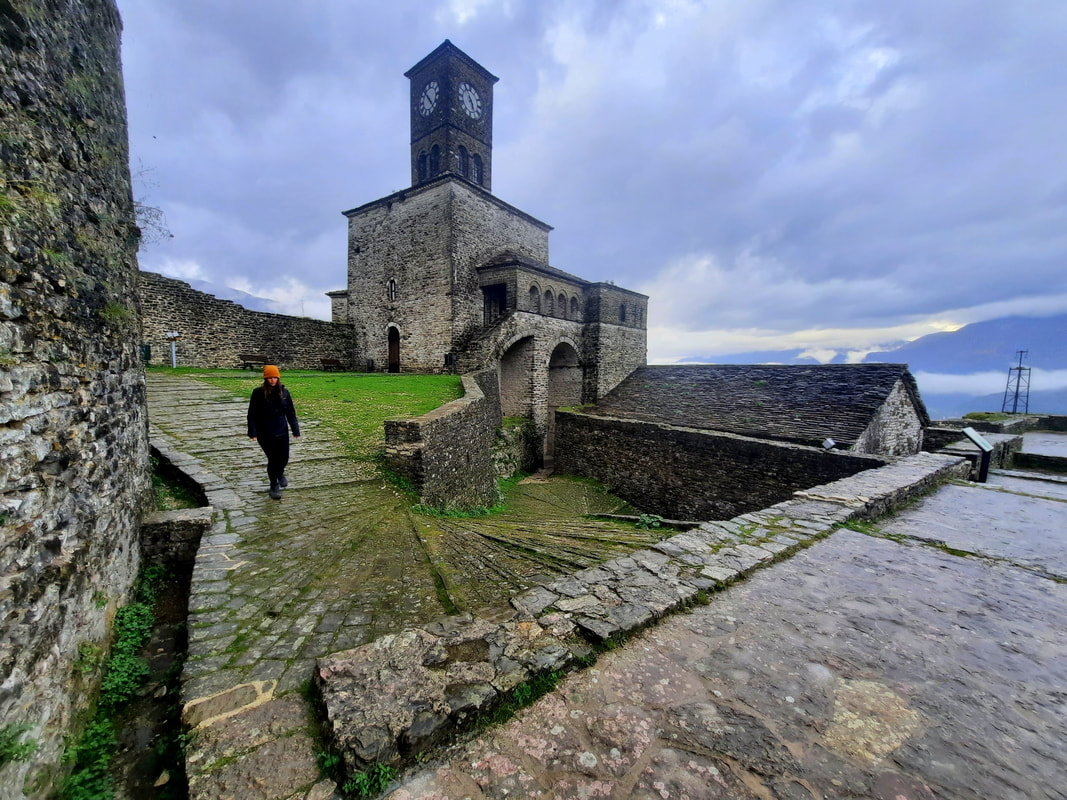 The two previous photos by Miles Watson Photography. Undoubtedly the best time to visit the Gjirokastër Castle is when the National Folk Festival is on (organized since 1968).


The castle houses two museums requiring an additional entry fee: the Arms Museum and Gjirokastër Museum. Especially the latter sheds an interesting light on the city’s past events and the lives of the (in)famous citizens it brought forth. Other museums include the Ethnographic Museum, Skenduli House and Zekate House – I’d say, pick one outta’ three to get the global idea.

To travel even further back in time, you can make the short drive to the archaeological remains of Hadrianopolis (later named Justinianopolis) and Antigonea. The latter flourished from the 4th - 2nd centuries BC and was allied to the Kingdom of Macedonia in its wars against the Romans. Following the defeat of King Philip V of Macedonia in 168 BC, consul Aemilius Paullus ordered the destruction of the city. The Romans set all buildings on fire, demolished the walls and sold the inhabitants into slavery. Modern excavations exposed a thick layer of ash all over the city… serving as evidence of the violence of the destruction.
What’s Around?

For a more natural experience you have to leave Gjirokastër, without needing to go too far. Permët is as a city far less impressive, but it’s rubbing shoulders with the alluring Fir of Hotova National Park. The park is with 343.61 km2  the largest one of Albania and – as the name suggests – covered in hotova fir trees. Hiking this area will lead you through dense forests, lime- and sandstone deposits, gorges and canyons cut in half by swirling rivers, and exuberant valleys. When it comes to the local fauna, the brown bears, wolves, foxes, martens, wild boars and roe deer are most prominent.

A variety of hiking trails can be found here.

Permët has an interesting natural sight of its own: the City Stone. Marked a cultural, natural and archaeological monument, the oddly shaped 25-meter tall rock looks like it comes straight out of a Harry Potter movie. Randomly plunged right in the middle of town (or more likely the other way around), it makes for both an eyebrow-raising landmark and a sublime look-out point when climbed. Don’t forget to notice the remains of a medieval fortress on top… what a spot for it! Not unlike the Princess Argjiro story of Gjirokastër, Permët recounts the heroic suicide-tale of local ruler Premt, who likewise preferred death over surrendering to the Ottomans. Together with his daughter Aleksandra he fiercely jumped off the City Stone, collapsing into the Vjosa River… after which Permët was named after him.
In order to easily reach the national parks and archaeological sites surrounding Gjirokastër, a rental car is highly recommended. In low season local public transport can be severely limited, especially to the more remote locations mentioned in this article. Having your own vehicle allows for a more thorough and true exploration of Albania, going beyond the standard tourist stops. You owe this to yourself! I had a great experience with Rental Shkodra, who provided me with a reliable vehicle and 24/7 customer service. I can’t recommend them enough! 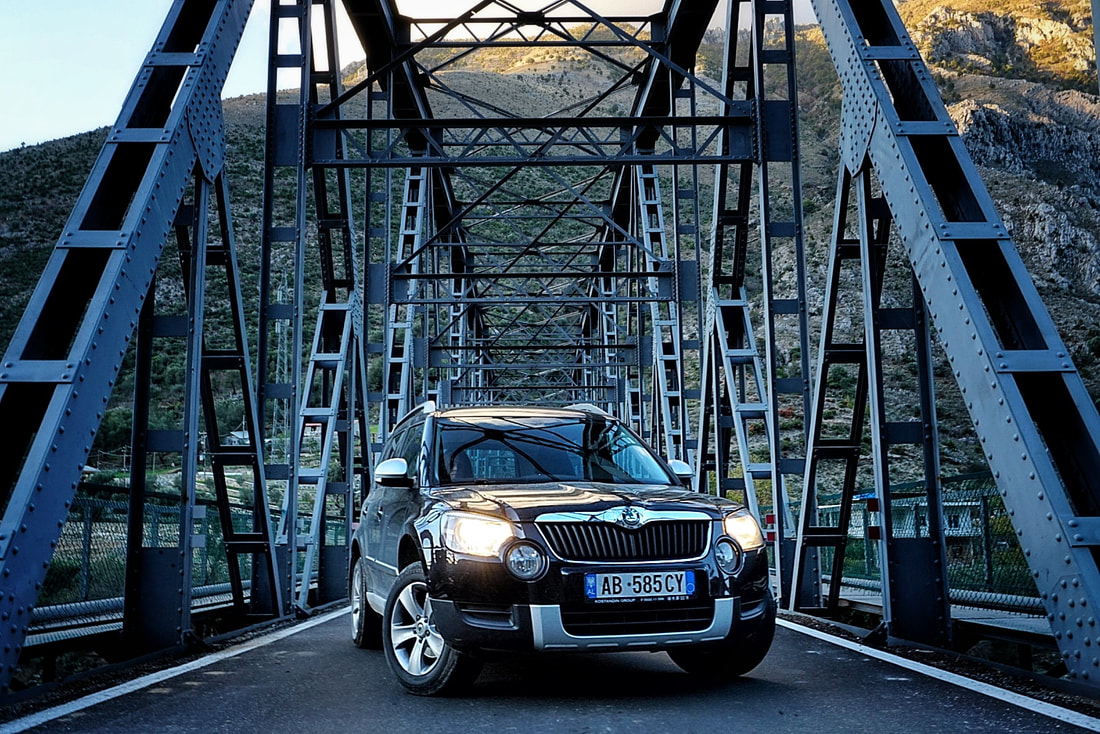 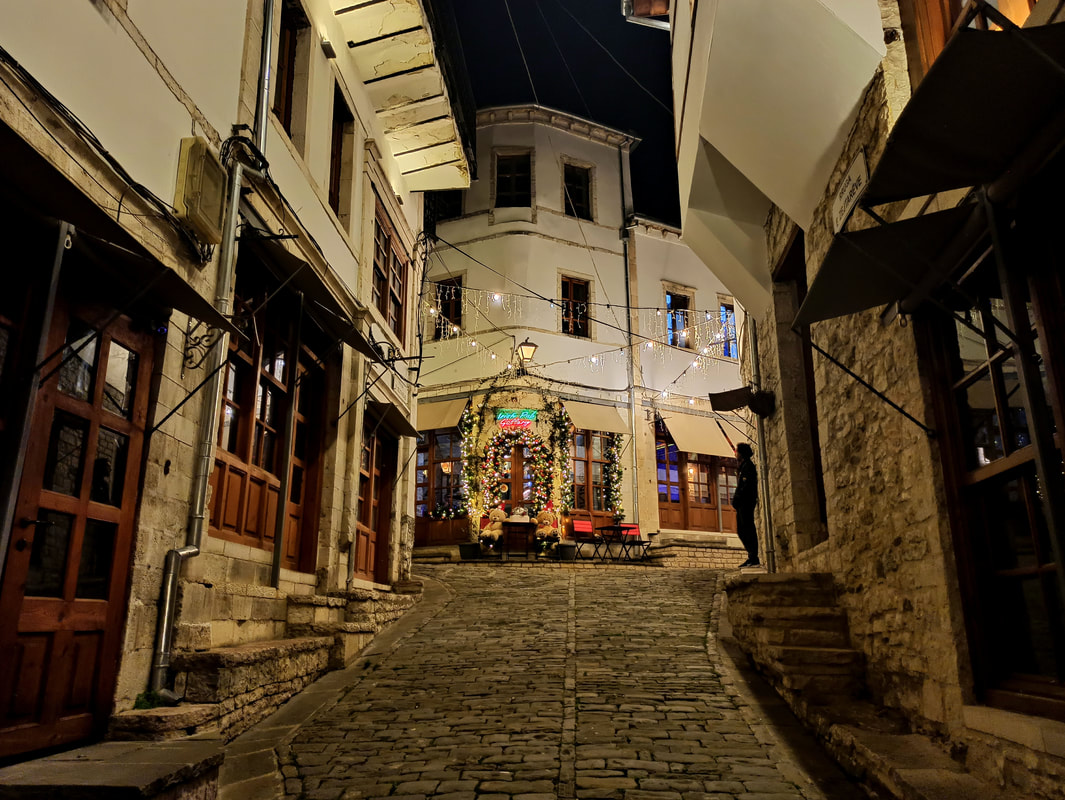 PAID Recommended Sights / Activities*
​
* A relatively complete overview of all sights and activities can be found on TripAdvisor… these lists include the ones I personally recommend. 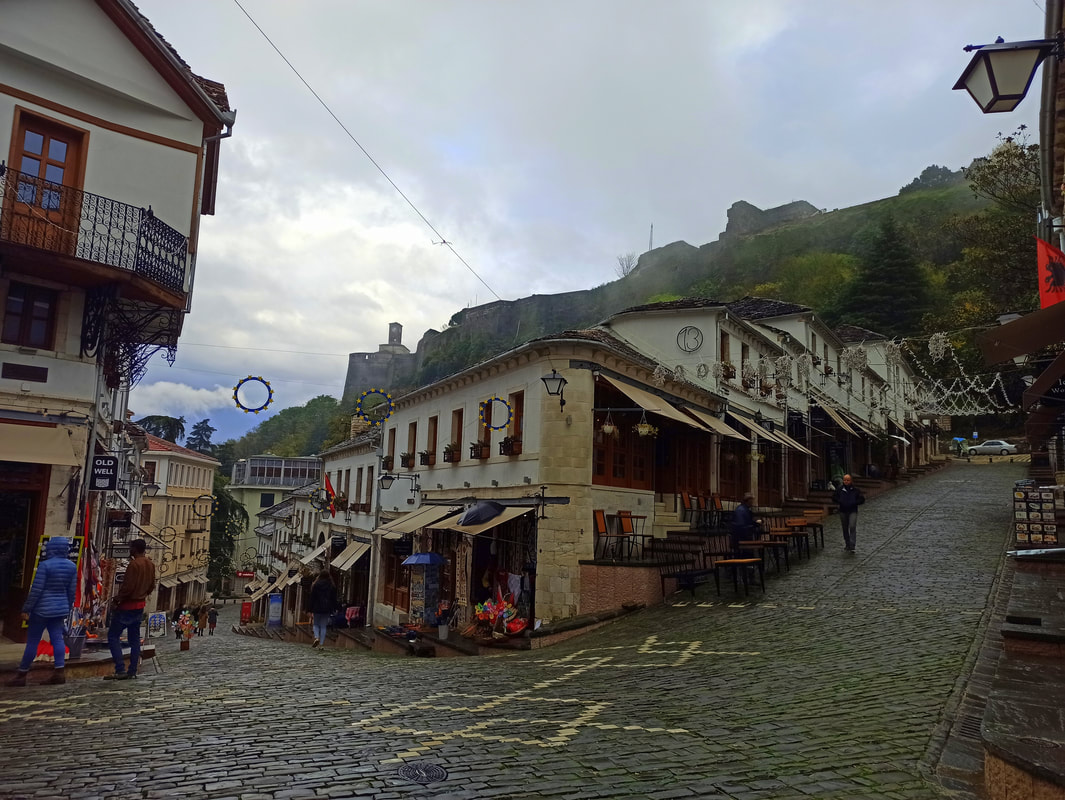 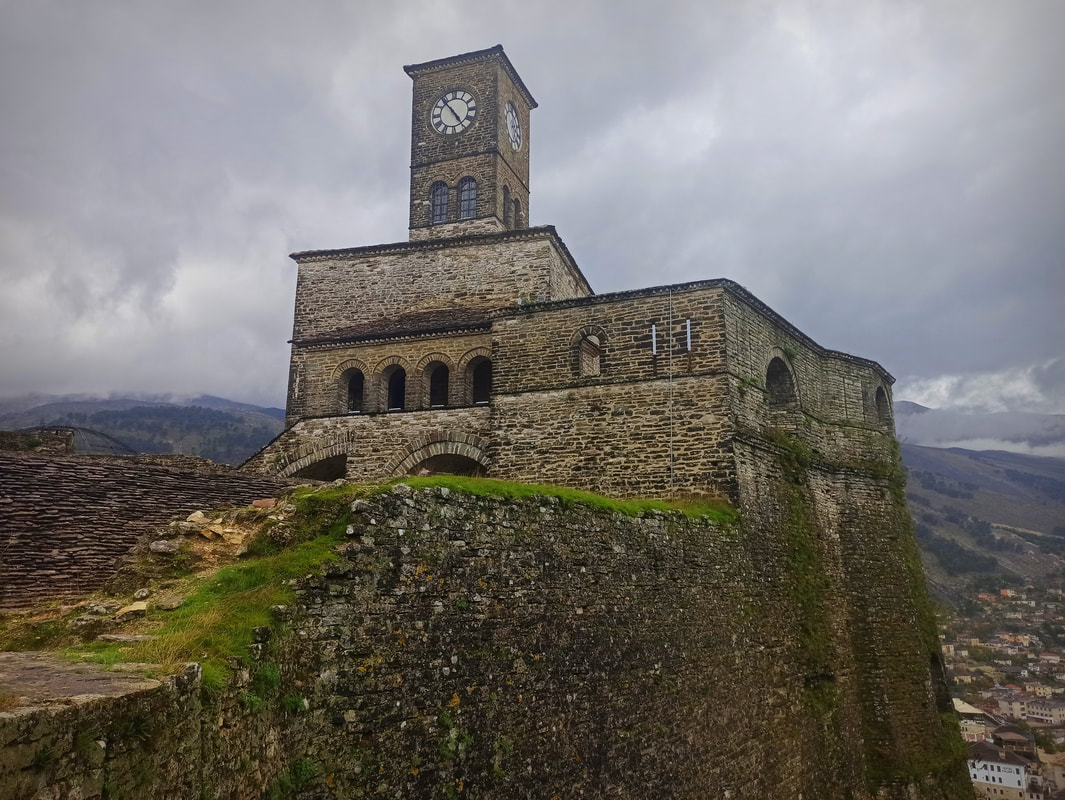 Next?
​​
In order to support the travelers’ community, I spend many hours per week to adequately document all information and advices for prospective visitors, accompanied by a (hopefully) entertaining insight into my personal observations and experiences. This service is and will remain free. However, if you voluntarily want to make a contribution and support my travels and thus the creation of new stories and information supply, here is the button you’re looking for:
Donate
Related:
- Get your Albania itinerary ready: Berat, Gjirokastër, Korcë / Ohrid Lake, Theth, Shkodër, Tirana, Mount Korab & the coast!
​​​- Check out Budget Bucket List's FAVORITE HIKING DESTINATIONS worldwide!
- Visit Balkan's finest: Montenegro's National Parks Blog, Kotor Bay & Lovcen NP and Cetinje, Podgorica, Prokletije NP and Montenegro's Coastal Towns Blog
- 10 typical Dutch celebrations no traveller should miss out on
​​- History preserved: Time capsule of Romanian culture Maramures
- Be about Bulgaria: Check off Bansko, Belogradchik, Plovdiv, Sofia and of course Veliko Tarnovo!
- Where modern meets classic: Vilnius, Lithuania
​- 8 ways to save money in Vienna, Austria
​​- German gems: Aachen & Frankfurt am Main
​- Europe's best skiing & hiking: Get your ass over to jaw-dropping Switzerland!
​- Budget Bucket List hitchhike trip to... Kosovo!
- Unravel the mysteries of Serbia
​​- Discover the splendours of Turkey: Istanbul on a Budget & Reasons to visit Edirne