I recommend anyone who's on this page to find Valparaíso travel tips to keep on browsing. I would have loved to share my positive tourist experiences with you, but life doesn’t always turn out the way you planned.
In the replies on my first Steemit post I got a lot of questions from people asking if I also encountered negative experiences during my travels. Well… if life is only positive, would you be able to see it as positivism or would it be ‘normal’? To experience peaks you need to know how downs feel. So yes, I experienced the necessary shittiness, life happens. It immediately addresses the comments I saw of several readers assuming my lifestyle can only be obtained being a ‘pretty white girl’. Even though skin color and appearance is not something I can directly influence, I am the last to deny that many things are granted to you when you represent an opportunity for sex to some people. We live in a world that attaches a lot of value to external display and looking a certain way opens many doors, with the hidden expectation it might subsequently open some legs as well. And sometimes negative results come your way if those legs don’t open automatically.

I have been ruffeed more than once, followed, harassed and touched in certain places without prior permission. I once woke up in a hostel bed with a guy watching me while playing with something else. I spent a night barricading all the entrances of my accommodation, because seven crack-smoking men kept on slamming my door while advertising the qualities of their genitals. 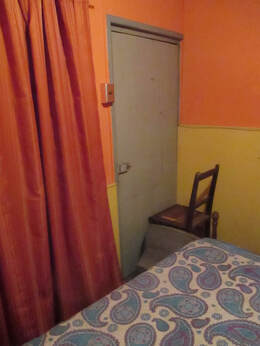 But the most terrifying experience happened to me in Valparaíso, Chile.

I stayed on the top of a mountain, providing scenic views over the stunning harbor of this vibrant, colorful town. That day I met some interesting people that invited me over for snacks, drinks and a typical Chilean dance performance. It was day time and the sky showed all its colors, so I decided to go for a scenic walk down the hills to meet them there. As there was no ‘main road’ I followed the many swaying little lanes and passages… until I got lost. It seemed awfully quiet all of a sudden, so I tried to figure out how to get back somehow.

A man appeared, speaking to me in Spanish. Back then I didn’t understand the language very well, but I understood he said it was a dangerous neighborhood and I shouldn’t be here. He knew the way, he would take me somewhere safe. I looked into his eyes that seemed blurry and felt my instinct holding up red blinking warning signs. I smiled and mumbled some “no gracias” and tried to move passed him. He instantly grabbed my arm and said I probably didn’t understand him correctly. Then from all roads I could go into I saw other men arriving, another three in total.

​I knew I was f#cked, I knew they were going to rob me. On my prior job as a hotel manager I once had an ‘assault training’ with very realistic actor-led role playing and I remembered cooperation is key. Don’t make them angry, they are in an aggressive ‘high’ and might have a weapon. An inner tranquility took a hold of me, I evaluated what I had (a camera, a phone and some money) and decided I would just do as they say, give away what I had and be done with it. It’s just material possessions. 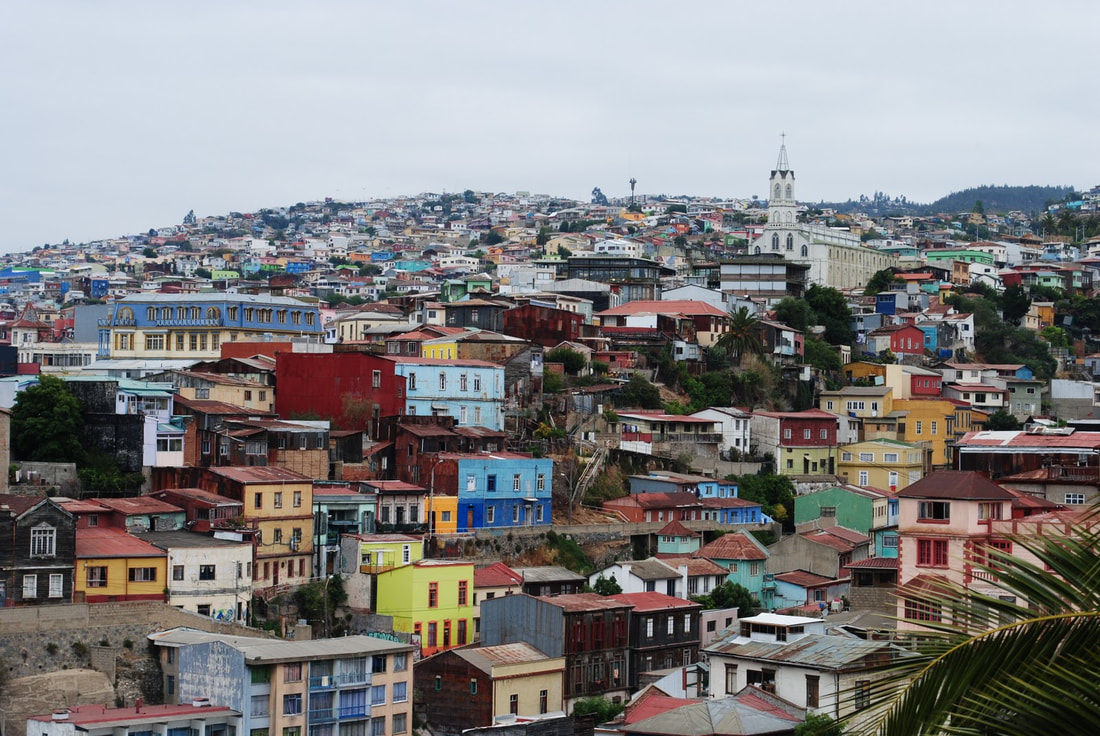 Under pressure I followed them, until we ended up in some alley. One of them immediately grabbed me by the throat and pushed me against the wall.

One of them pulled a knife, another broke a glass bottle and pointed it at me.

I held up my arms end let them empty my pockets. I just imagined happy places and waited until it would be over.

Once they took my stuff the one holding my throat kept staring at me. He said something to the other guys I didn’t understand and touched my face with his. He started loosening his pants. My inner calm immediately transformed into blind panic. I literally peed my pants, as an intense fear took over all my body functions. I started begging, please, please don’t do this to me. Take everything but not this. They laughed. This stupid white girl begging, that’s one story to take to the pub. I saw the knife still shining in the sunlight and realized I would probably die right now. I’m a foreign woman all alone, no one knows where I am, no one would be missing me anytime soon. Then it hit me. If they might kill me anyway, I have nothing to lose. I can die raped and dishonored, begging for my life. Or I could die running towards my freedom. 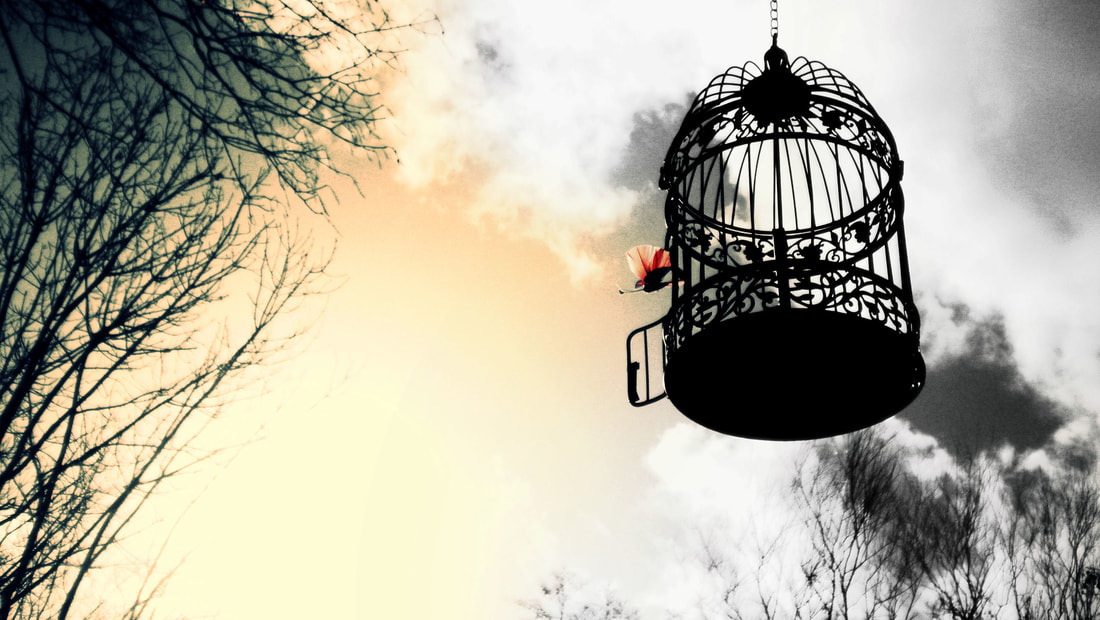 Before I realized what I was doing I had kicked the man that was holding me in the nuts and I was running out of that alley, in an unknown direction somewhere uphill. All these scientific theories I read in the past seemed to be true: In a fight to survive some primal power takes over and give you a strength you can’t access in daily life. I heard angry screams behind me. Wild footsteps. I have no idea how long it went on, I could have been running for 3 minutes or almost half an hour, but I kept on zigzagging into different aisles, hoping it wouldn’t be a dead end… because then for sure it would be for me.

Then, a bit further up, I saw a man hanging out of his window, smoking a cigarette. I started screaming, “open the door, open the door, por favor, peligro peligro!”. I had no idea if this man would help me or make the situation even worse, but he was all I had. I had no other option then to put my life in the hands of this complete stranger.

He opened the door. His wife and children were standing behind him, with big brown eyes watching this bewildered creature. Immediately they took my hand and dragged me in, trying to calm me down when I started trembling uncontrollably. I couldn't explan what had happened, but the woman saw the (pre-ejaculate) sperm on my clothing. I shook my head, letting them know it didn’t come that far. These life-savers, of whom I don’t even know the names, then called the people I was staying at. The owners of my hostel brought me to the police and helped me translating… The female police officer that wrote the report than shook her head and said “I’m not writing that down, that never happens here.” I couldn’t believe my ears. I went through all of this and they think I pass by the police office for some cup of tea and gossip? She was a woman even! But nope, she would just write down that my camera was stolen, that’s it.

​I stood up and walked out. Without a satisfying police report, but with my life. 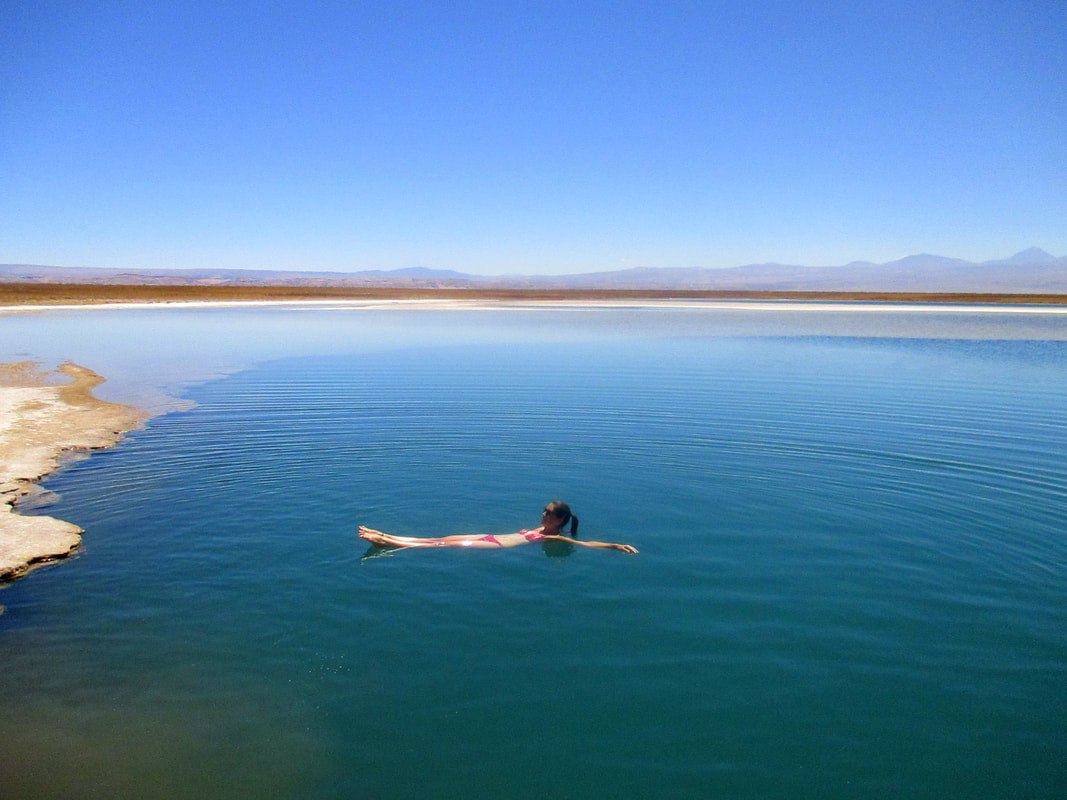 And that, dear readers, is my story. One of the many. I have never written this down in my life, I’m publicly opening up about this for the very first time. I’m not a victim. It’s no desperate scream for attention. It’s just a short chapter in my life that I finished once it ended.

This could have happened ANYWHERE. Chile is one of the most stunning countries I have ever seen.

I’m not naive, I know there’s always a tiny percentage of bad stuff glancing around some corner wherever you go… but the beauty of traveling lies in going out to explore that other 99,99% that makes life worthwhile. Experiences like this made me more alert, but more motivated than ever to go out there to discover what the world has in store for me.


Photo credits: 1 - 2
In order to support the travelers’ community, I spend many hours per week to adequately document all information and advices for prospective visitors, accompanied by a (hopefully) entertaining insight into my personal observations and experiences. This service is and will remain free. However, if you voluntarily want to make a contribution and support my travels and thus the creation of new stories and information supply, here is the button you’re looking for:
Donate
Related:
- A horrendous night in Copiapó, Chile
- Getting robbed in Brazil
- Getting robbed in Argentina
- The most dangerous border crossing of South America
- Couchsurfing with several men searched on Interpol
- Volunteering in a school aimed at HIV-infected children from the slums, Honduras
​- Corruption and misery at the border, Honduras
- Couchsurfing with a 'gangster' in Belize
- Couchsurfing with someone threatened by gangs in El Salvador
​​​- A volunteership with a psychotic woman & getting drugged in Granada, Nicaragua
​- When a WorkAway project gets seriously weird: Isla San Cristobál, Panamá
- An abusive hostel owner & a pornstar: my volunteership in Boquete, Panamá
- The worse place to go to in Mexico: Cancún
- When traveling goes terribly wrong: Gibraltar
- Where you shouldn't go to for holidays: Kaunas, Lithuania
- Digital Danger
​- A little sneak-peek into North Korea!
​​​- Graffiti hotspots in South America: Bogota [Colombia],  Porto Alegre & Sao Paulo [Brazil], Asunción [Paraguay]
- Graffiti Trail in Glasgow, Scotland
​​- 13 Strange Observations of South Korea
​- Budget Bucket List hitchhike trip to... Kosovo!
​- Malaysia's street art hotspots: Penang & Ipoh!