The One That Made Me Wonder...

An edited version of this post can be found on STEEMIT: Upvote me to support my travels for free!
​
Sometimes we meet people we think we know, to soon enough realize we are captured into the cloak of an illusion. Sometimes it are people we long to meet, sometimes they are already right in front of us and we never really cared enough to dig deeper. Sometimes it happens into the context of a digitalizing society. We embrace the idea to know someone based on the things this person writes, the thoughts he seems to disclose and the photographs he chose to share with his audience… Triggering the desire to discover what’s underneath.       ​ 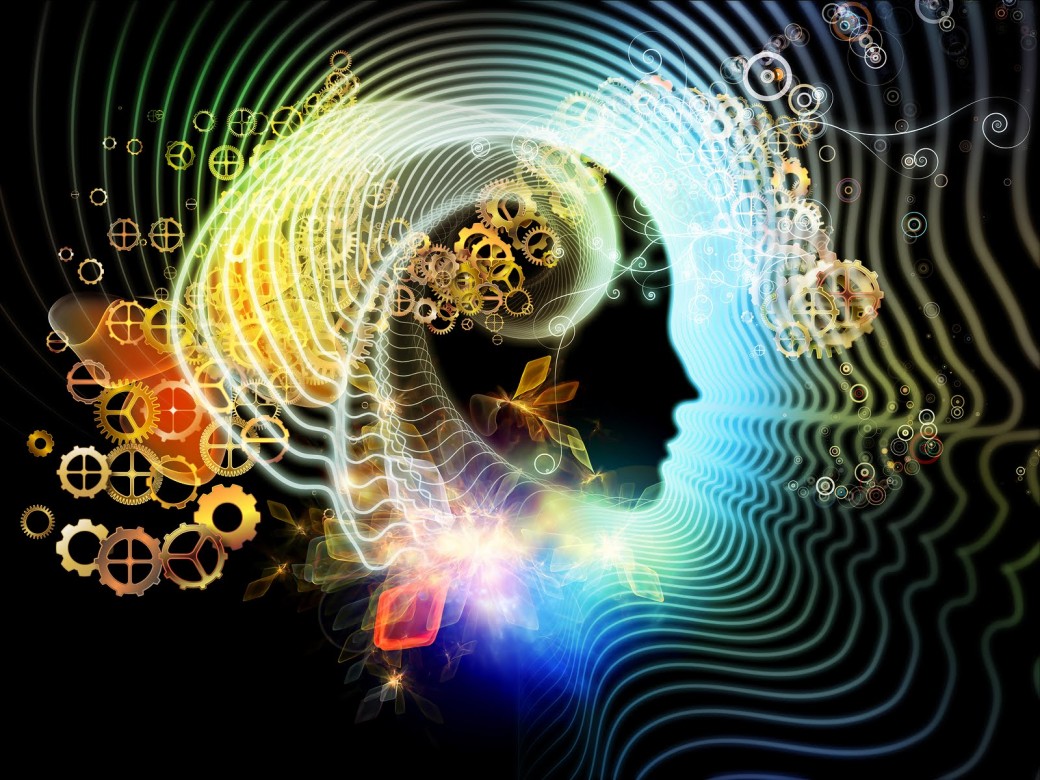 I stared into the whirling ocean and witnessed the smooth skin of dolphins break loose from the water, in order to be swallowed up again into the salty liquid they are destined to have as their home. I heard trucker Juliano talk, just like the two gaucho’s that gave me a ride earlier on, the sounds turning into an indistinguishable zoom into the realm of my subconsciousness. Every now and then I felt my head automatically nod or sometimes release a sound that resembled a laugh somehow, just to keep him at a distance from my actual thoughts.
​
My mind precisely measured the physical distance between him and me diminishing and it tightened my muscles, eager to predict future endeavors into a wide variety of possible scenarios. Your brain, by nature, constructs alternative realities. 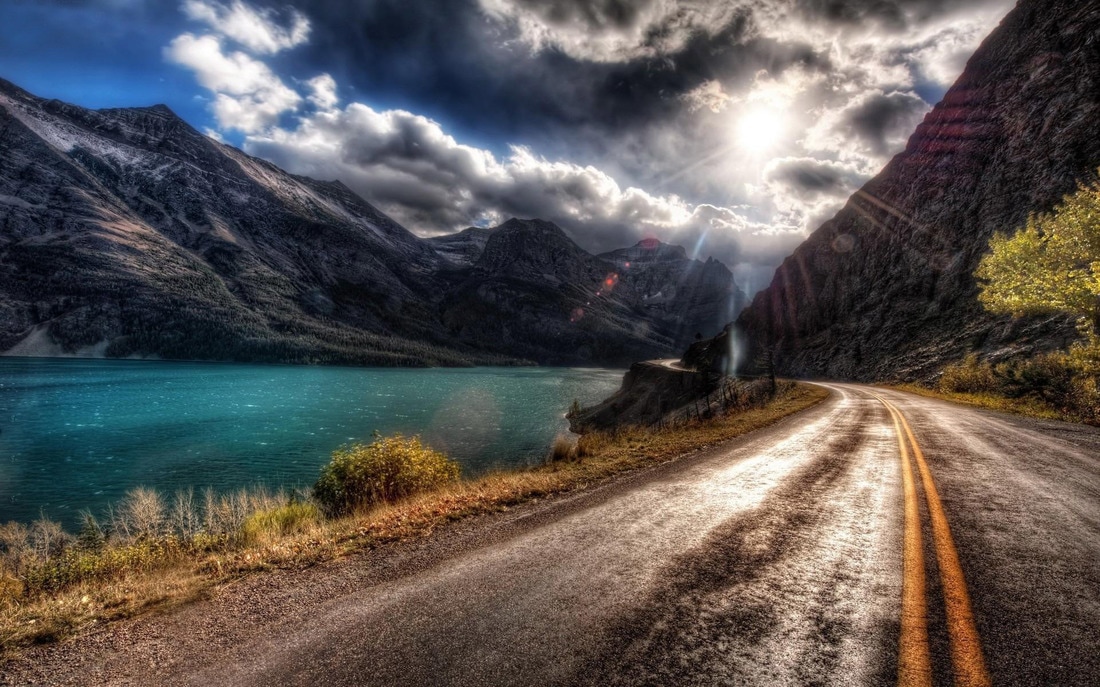 The moment I heard his voice shouting my name from out of the darkness I knew all my prior illusions were instantly shattered. His pitch, his accent, his mouth, his movements. What I saw approaching wasn’t the shy gentleman I imagined, slightly nervous around women, afraid to express what’s really on his mind. In fact, there came an overly confident being… who turned out to be surprisingly dominant. Like me, and even surpassing that. It disappointed me for a short instant, as I had to cope with the fact that my mental creation was indeed fictional, but at the same time it excited me. There was this whole new person entering my world right now, ready to be unraveled.

But that didn’t seem to be so easy.

He was nothing like I ever met before, confusing my brain in its natural attempt to create context and organize realities into possible meanings. 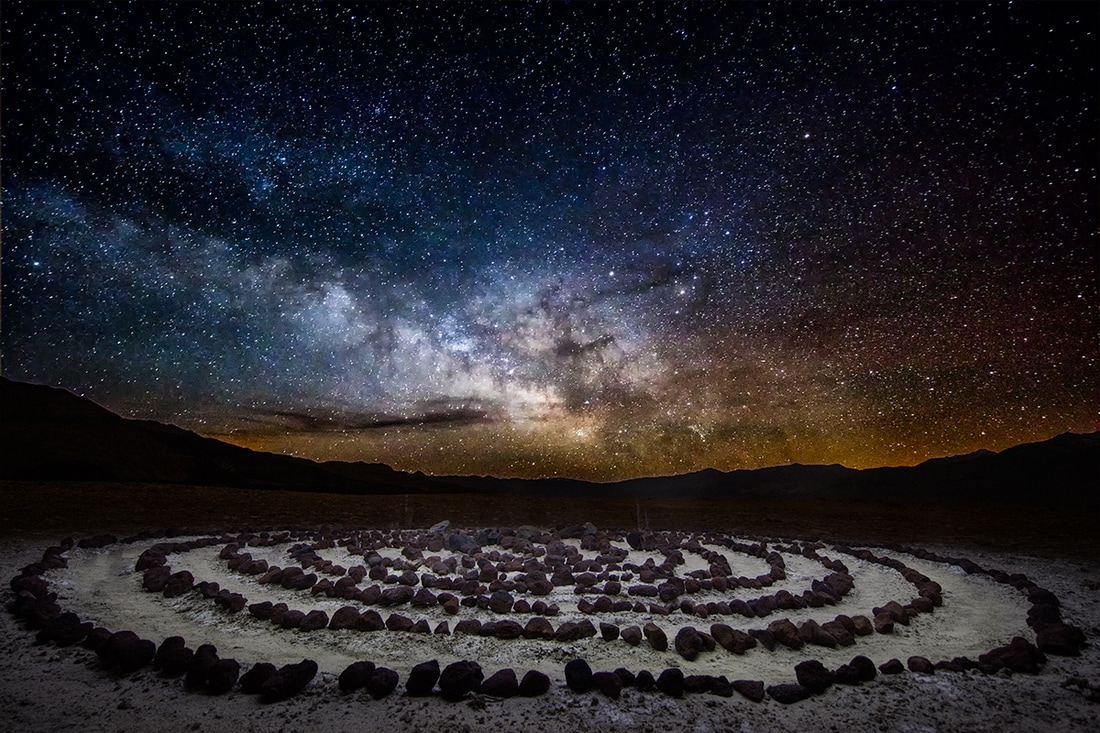 ​He dragged me straight out of my comfort zone and at the same time turned himself into my own shattered mirror. Because we were one in some way, two Leo’s attacking life with a similar intensity. He was all that I liked about myself and a confrontation of what annoyed me in my own ways of being. A dangerous combination. You can’t have two yins or two yangs without an inevitable explosion or implosion. If two equal sides of a magnet are pushed together no connection will be made, a very strong energy just floats in the air in between them.
​
I didn’t know if I experienced a desire of escaping or some raw passionate energy that made me want him more than anything else I was aware of, at the same time attracting and attacking him in ways I never thought I could. My body got disconnected from my brain more than once. I showed many faces, too many. Faces I didn’t even know I had in me and might not even have anymore, he just brought it up in me. 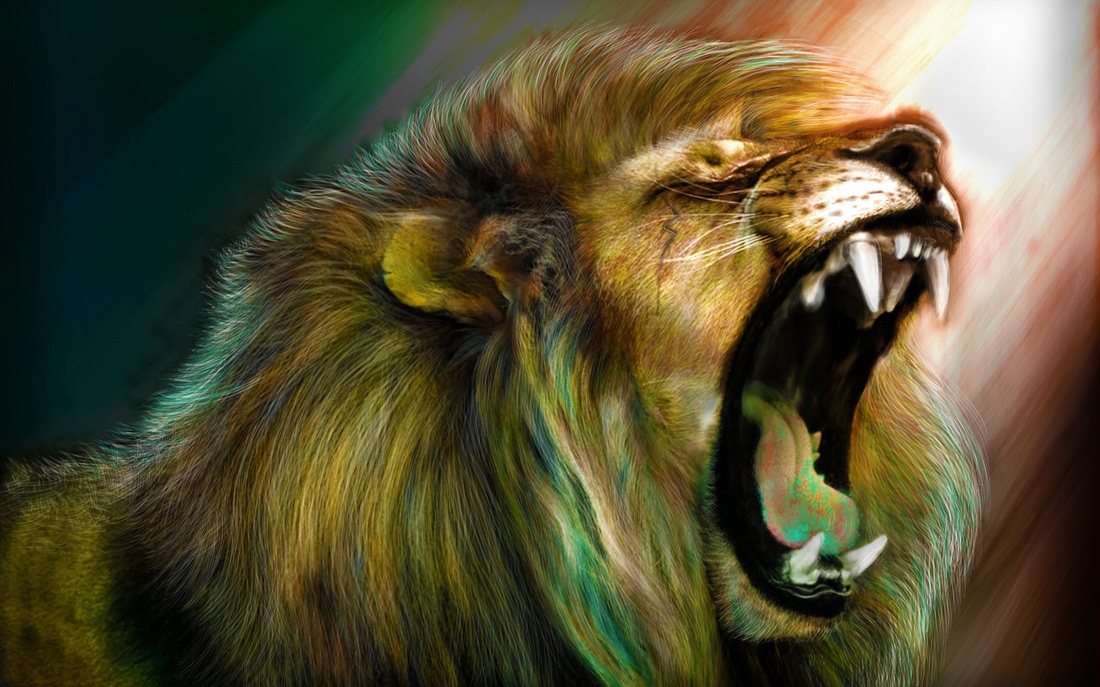 ​I soon realized he was doing the same, in his own fashion. The sick games of want and need and push and pull, to attract or maybe destroy each other. Lethal and dangerous, balancing on the edge and sometimes deliciously and painfully falling over it to crawl right back again. The edges from obeying to rebelling, from acceptable to way out of control and the haze when all of that blends together and becomes the same somehow.
​
I was the personification of his personal boundaries that I blurred at the same time, hitting him in the face again harder than a smack of a whip with the realization of their existence, just to repeat it all over again. When he came too close he couldn’t move away from me, that’s why I felt avoidance of that proximity, every now and then forgotten by the games our mind plays with our very own bodies. An ongoing challenge. He must think I’m absolutely crazy. And he thinks that because it’s true. 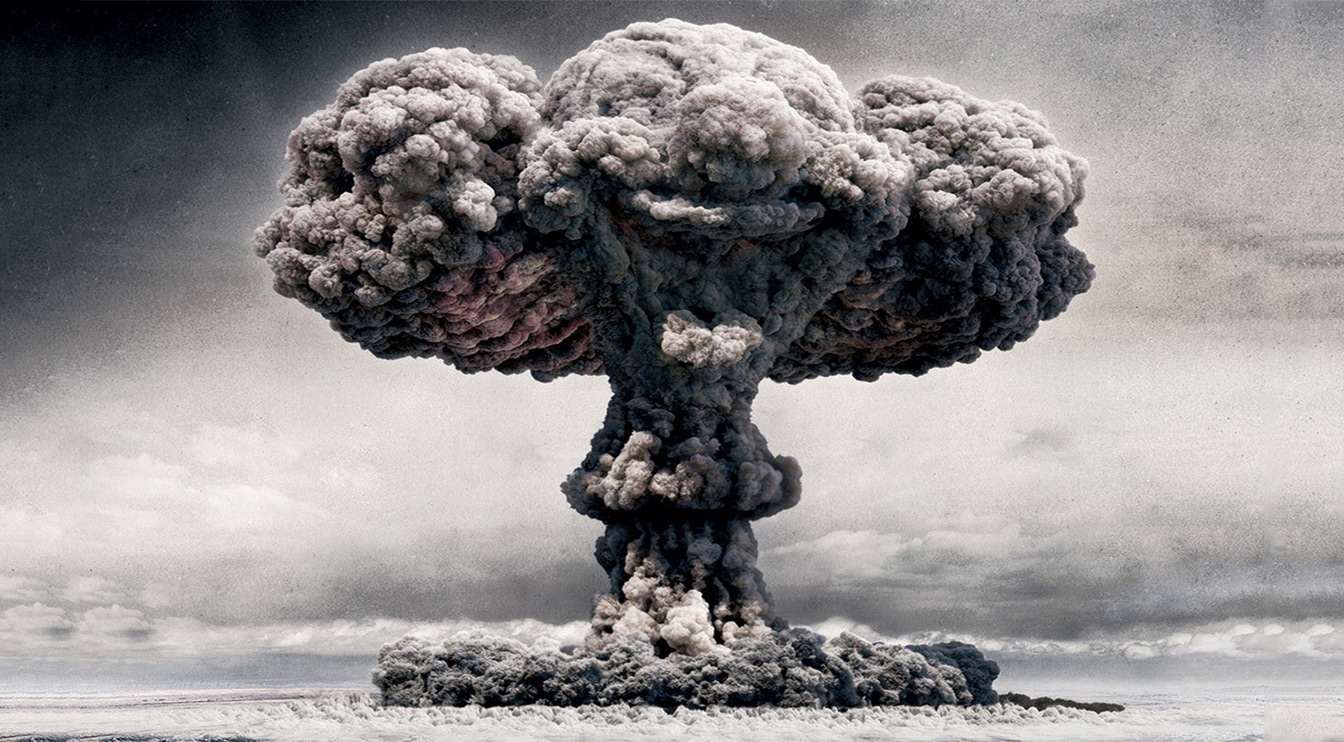 He did it all. He hurt me and then pampered me like a princess, shifting sentiments and confusing me about which one of those two I like best.

I was continuously tired around him because of all the mental energy his aura was consuming, but that was only a fair price to pay for all he had to offer me.

He made me question my own perception of what’s normal with his mood swings and power plays, which was the exact reason I needed to stay, because that’s when the learning starts. While all common sense sometimes says you have to go, his mystery made me stay. From confused thoughts to intrigued fascination. He made me wonder who I actually am and at the same time made me act out exactly that. At the graph of my own limitations opposed to those I internally don’t seem to have, I met myself right at the equilibrium, defined by actions before or way passed that breaking point. While I tried to learn more about him I learned more about myself somehow, in ways too unconventional to be understood. Running around in his assumed labyrinth of thoughts I realized I was cluelessly sprinting through a glasshouse, hitting myself while accidentally slamming into several mirrors. 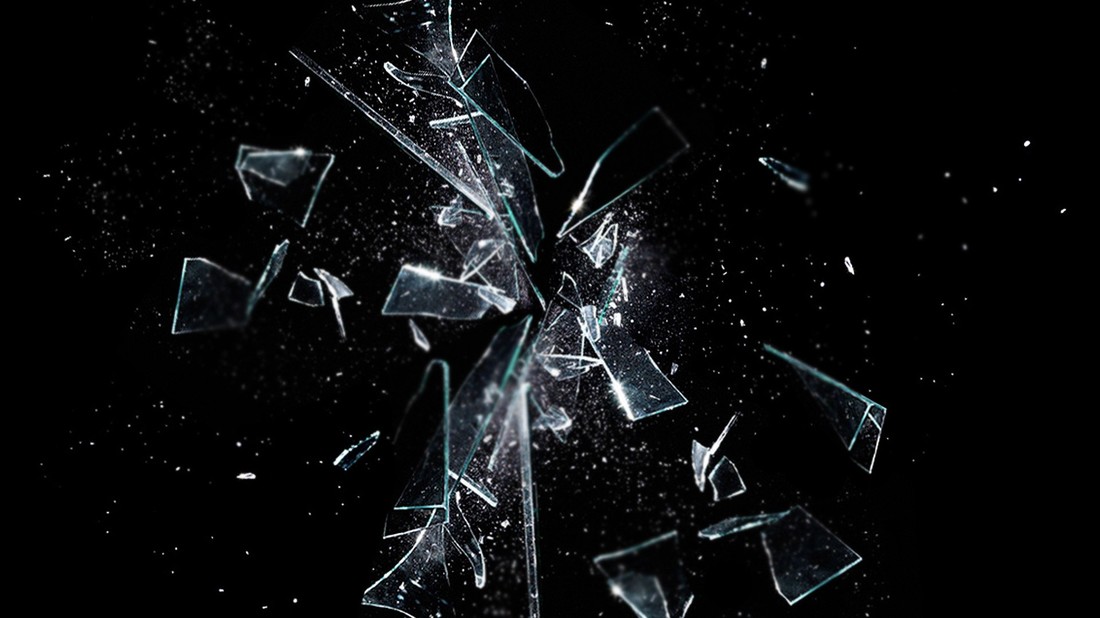 He destroyed me so I could pick up the pieces I wanted to keep, and leave my inner trash behind in the memory of his pretty house up on the hill, surrounded by monkeys. He broke me to heal me. And he didn’t even realize that, as I had my own role in his own personal struggle I only scratched the surface of.
​
I did some hikes. Most of them. I visited museums. All of them. But these were just distractions from what was really going on. I don’t know what he is to me. Not a soulmate, not a lover, not a partner in any way. Those titles would just over- or underestimate reality. He was the one that made me wonder.
​

Photo credits: 1 – 2 – 3 – 4 – 5 – 6
In order to support the travelers’ community, I spend many hours per week to adequately document all information and advices for prospective visitors, accompanied by a (hopefully) entertaining insight into my personal observations and experiences. This service is and will remain free. However, if you voluntarily want to make a contribution and support my travels and thus the creation of new stories and information supply, here is the button you’re looking for:
Donate
Related:
- A journey through the mind with ayahuasca [Peru]
​- Restless
​- Dear mama
​- The perks of a breakup, followed by a robbery
​- The psychological start of a journey... in the city of Marrakech [Morocco]
- 13 Strange Observations of South Korea
​​​- Guest Blog 'Kosovo Girl Travels': Travel tips and stories from Kosovo's first and only travelblogger!