Download File
Córdoba is a city that needs some time to fully absorb. It's not the overwhelming love at first sight situation you might encounter with bigger brother Buenos Aires. It's more like the laidback little sister you slowly fall in love with. I took this time, six days to be exact, which is probably longer than any average backpacker that set foot in this town. 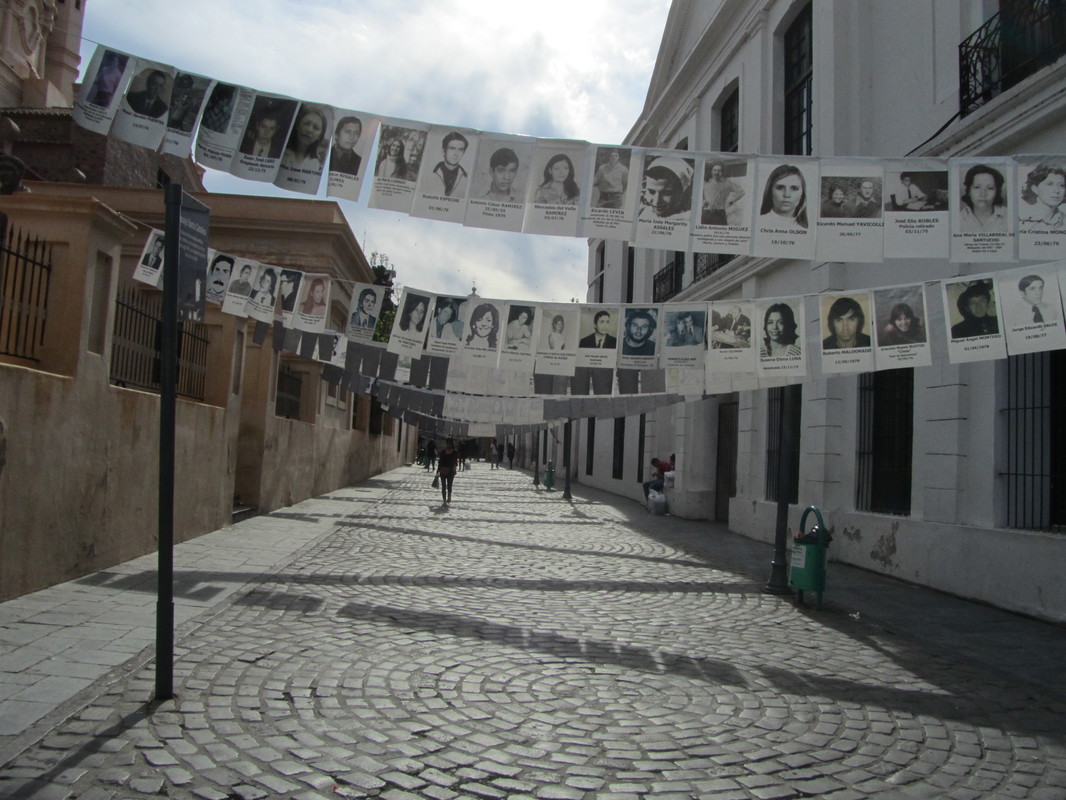 Apparently the long, boring road from Rosario to Córdoba can take 4.5 hours. Lucky me: I spent 7,5 hours on this trip, and the only exciting thing along the way was an eagle flying by with a snake in its claws (pretty good though). Once in Córdoba, I planned to stretch my legs and walk to the cheapest hostel in town I could find online. However, sometimes you have to rely on your female intuition... And when you walk around the bus station area and every vein in your body whispers “touch me and I will bash your head in”, maybe it’s better to trust your gut and take alternative transport.
​
After a well-deserved sleep I put on my thin summer dress on this Argentinean winter day and started my round of sightseeing. Although I am a convinced atheist, the churches here are just too beautiful to give the cold shoulder. My personal favorites were the centrally located Iglesia del Sagrado Corazón (nicknamed as Capuchin Church) and the Santa Iglesia Catedral.
​From there I headed to the vibrant Plaza San Martin to work on both my tan and my Spanish vocabulary. I had a lot of opportunities to immediately put this into practice, as many Córdobians joined me for a conversation. Roberto, an Argentinean lawyer, promptly invited me for lunch during the siesta and gave me a voluntary tour around town. As he was old enough to be my grandfather I assumed he was just being a very polite gent with no intentions whatsoever to hit on a 27-old extranjera. Of course, I was wrong. Don’t worry, I am not too naive to understand why during my trip so far every male has been exceptionally friendly to me. Foreign = exotic, gotcha... In fact, it made travelling alone a whole lot easier and it opened many doors that would have remained closed otherwise (I said doors, not legs). But sometimes it would be nice to shamelessly relocate your underwear or pick some salad out between your teeth with your fingernails without anyone staring at you. 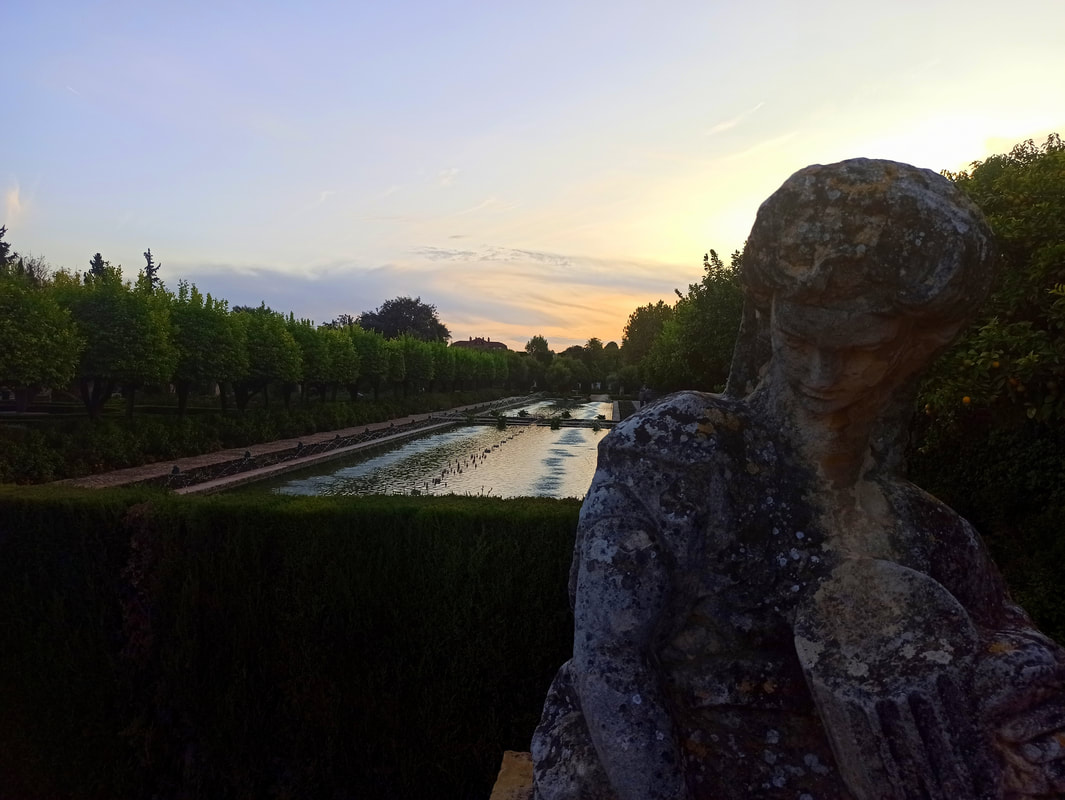 After a fulfilling dive in the Argentinean cuisine, I decided to tango once more. Little did I know I walked into the advanced class, 2 hours long and taught in Spanish slang.

I felt like a cripple trying to run the marathon.

Luckily I met Martín, Mr. Nice Guy with an angelic patience and a motivation to make me as confident at the milonga as he was. A bottle of supreme Argentinean wine did the trick for me and with some new friends looking like Maradona I danced this beautiful night away.
​Slightly hung-over I started Wednesday museum day. Why Wednesday? Because I’m a cheap bastard and all museums are free that day, my friend. This website is called Budget Bucket List for a reason. I took off at Palacio Ferreyra, also called Museo Superior de Bellas Artes Evita. Its stunning collection blew me away. This impressive beaux-arts mansion is filled up with work mainly from Córdobian artists. Not sure what magic beef they eat here, but their paintings are ridiculously good. It almost made me slightly emotional… although this was probably related to the fact that I wasn’t completely sobered up yet.
​I needed more art, so I crossed the street to enter the Caraffa Fine Arts Museum. This Escher-esque building seemed to be an anti-climax once I saw the cubist canvases hanging around (sorry, I just don’t see art in 3 colored squares and some random stripes). However, on the top floor they housed some awesome cutting-edge paintings made with weird materials as colored rope and candle-grease.
​Next on track was Museo Teatro, belonging to Teatro del Libertador General San Martín. Alas, it was closed for renovations. I really longed to check the theater out though, so I bought some tickets for that night’s show from Ballet Metropolitano. Usually I am not a great enthusiast of ballet, as in my limited perspective it just means some gayboys in tights uttering their hysterical happiness a tad too cheerful. After I witnessed the show I can confirm that this is indeed correct. However, this specific joyful jumping was carried out very professional and a true delight to watch. 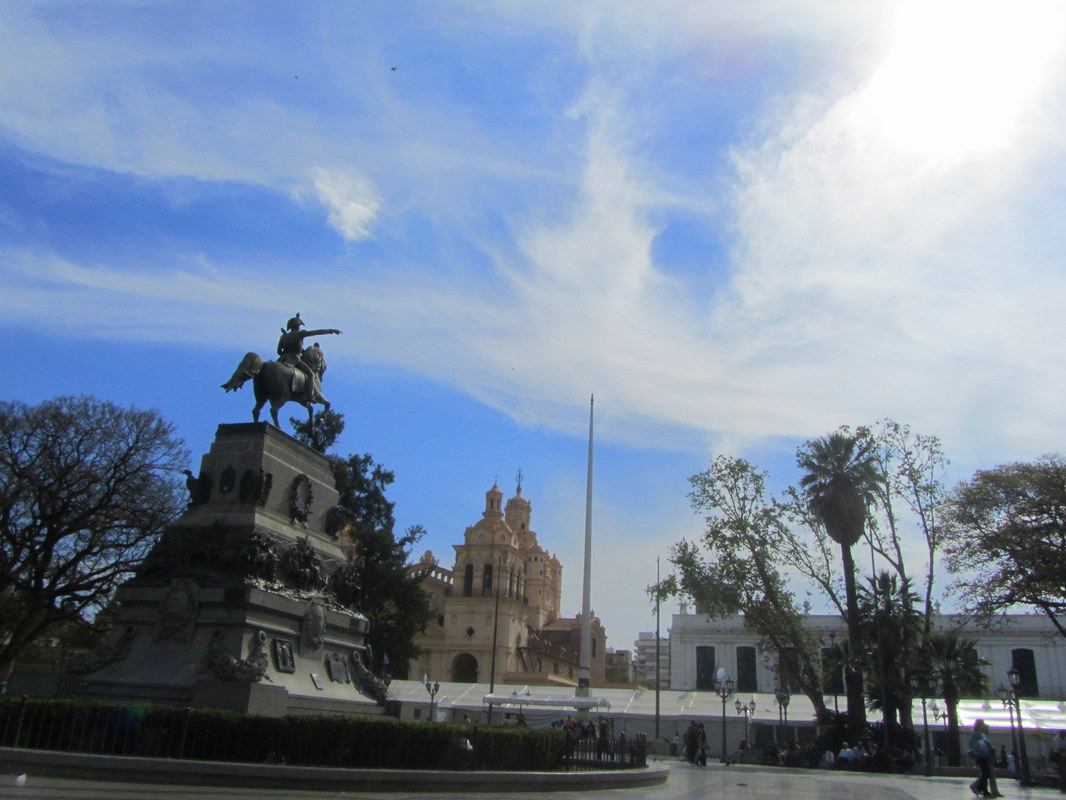 Beyond excited I checked my phone on Thursday morning to see at what time I could start my electric guitar lesson, a childhood dream that I would finally put into practice. Sebastian Salinos, a local heavy metal artist, however sent me a text he suddenly didn’t have the time anymore. Like stepping on a child’s surprise egg and crushing it.
​
Disillusioned I then decided to do the thing that cheers every Dutchie up: ride a bicycle. I found 2 rental places on the internet… the first appeared to be bankrupt, and the second had changed into some lottery outlet. Hm, well… then I’ll just walk on Córdoba’s bicycle lanes to see the outskirts of the city. It got shabbier, it got grimmer and suddenly I remembered reading something about dangerous areas outside the city center and me laughing about such nonsense. Pretty reckless, this one. I chucked all my cash, credit cards, phone and even my e-reader in my bra and with a weirdly shaped cup double-E I hurried back to the center. I had to dress up for the theater again, as Martín had invited me to join him to see a piano concert.
As we talked about Argentinean politics until the sun came up, it was quite the challenge to rise and shine for a hike through the Sierras, the natural bliss surrounding the city of Córdoba. After four hours of sleep a minibus drove me over the bumpy road to Cuesta Blanca.
​
At the hostel I had picked up on a place called Playa de Los Hippies and the name only had convinced me to take my chances.

It wasn’t defined on any map though... and the people living in Cuesta Blanca had no idea where I was talking about. Luckily I found some coordinations on Facebook and navigated myself through the mountains with the magical device that is called an iPhone. Glad I put on my walking shoes I marched over a deserted dirt road in the sweltering heat and ended up climbing rocks on both hand and feet. With wet armpits and a bewildered face I was suddenly exposed to a true oasis: A picturesque valley with a crystal blue lake and lush, green fields surrounding it.
Ready for a dive I all of a sudden heard a loud thunder and the first raindrops touched my skin. Great. Luckily a long-haired hippie run towards me and offered me shelter in his tent, decorated with windcatchers. While I shared my lunch, Orlando told me his life story. He initially came to this place to commit suicide by shooting himself through the head, but found peace instead and has been living in his tent for the past 15 years. His happiness kept him alive now, he smiled quietly.

After this he looked up and prayed for my safety during my travels. I looked up as well and saw a bright rainbow decorating the sky.

2 years later I returned to discover more of the Córdoba province... read these adventures here!
In order to support the travelers’ community, I spend many hours per week to adequately document all information and advices for prospective visitors, accompanied by a (hopefully) entertaining insight into my personal observations and experiences. This service is and will remain free. However, if you voluntarily want to make a contribution and support my travels and thus the creation of new stories and information supply, here is the button you’re looking for:
Donate