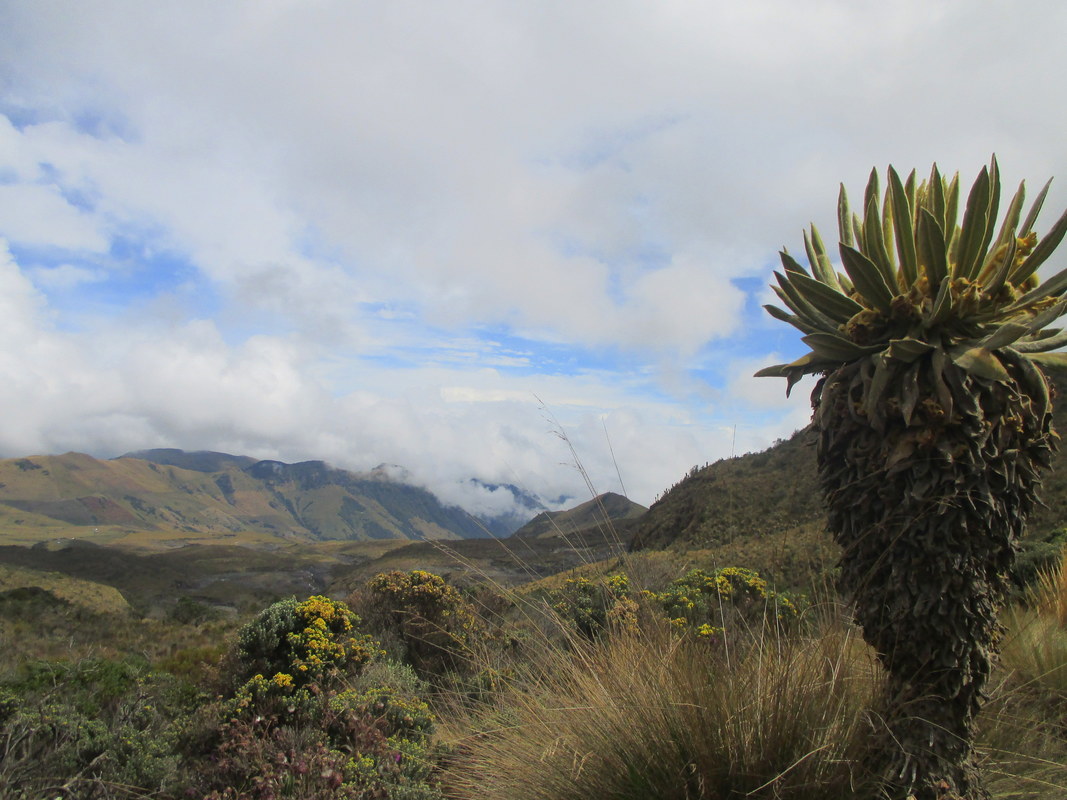 I dig national parks, so when I spotted Los Nevados on the map I knew which bus I needed to take: to Manizales, the closest town to this ‘natural splendour’.

A Disney-style cable car from the bus terminal dragged me over the poor slums where a white gringo like me apparently doesn’t want to wander around, all the way up to the city centre. As I arrived at midday and had a few hours to kill I reckoned I might as well first explore downtown a bit with the Estonian guy Vallo I ran into in my hostel. Yeah, nice try, however… this place is dead. Besides a few churches where I lit some candles for a whole generation of grandparents there was really nothing interesting to find. And now I’m talking festival season: Feria de Manizales attracted a bunch of Colombians who seemed to do nothing more than eating serious amounts of unhealthy food. I can only imagine how many youngsters die out of boredom on a regular weekday.
So when I smashed my alarm against the wall at 5:30AM I put all my hopes on Nevado del Ruiz, the volcano that hopefully had the splendid display to open my sleepy eyes. Now I am quite spoilt when it comes to volcanoes, as I am lucky enough to have admired some stunning ones in Indonesia, Italy, Chile, Bolivia, Peru and Ecuador before. Having paid at least four times as much as I did before, I could only fantasize about the enchanting beauty of this Colombian one 5km above sea level.
​​
Well, let me destroy the dream for you: It was 100% shit. An absolute waste of time and money. 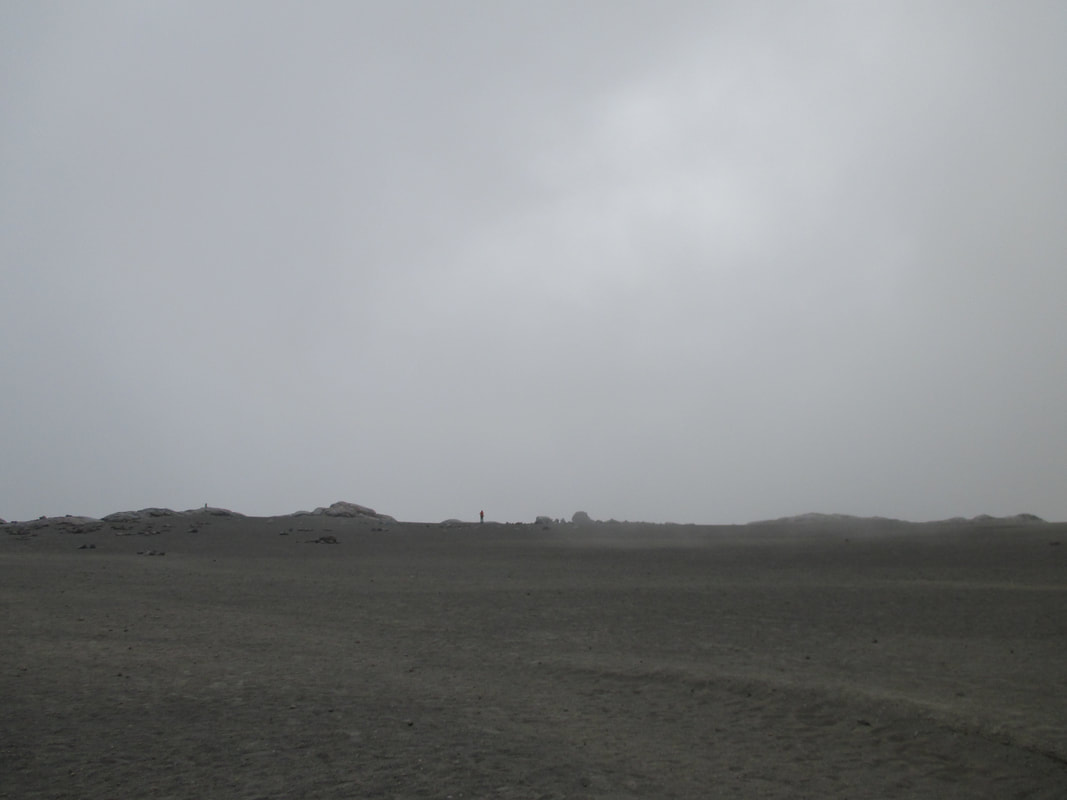 ​First we drove through parts of the national park that looked alright, but could be considered as a simplified version of what you can find in the Peruvian Huaraz region.
Not bad, I know, but...

I can honestly say that I saw every cafeteria of Manizales and surroundings, as first we had to survive six pit stops at places where vendors wanted to force every penny out of our pocket. Sorry man, spent it all on this overpriced tour.
​
And I mean a tour in the true sense of the word: Every 5 minutes the bus that read TURISMO (ssshht it’s embarrassing enough, you don’t have to put the label right out there) puked us out at some trash-invaded beaten paths, where our guide made me fall asleep with my eyes open with his monotonous verbal diarrhea of useless facts he poured all over us. 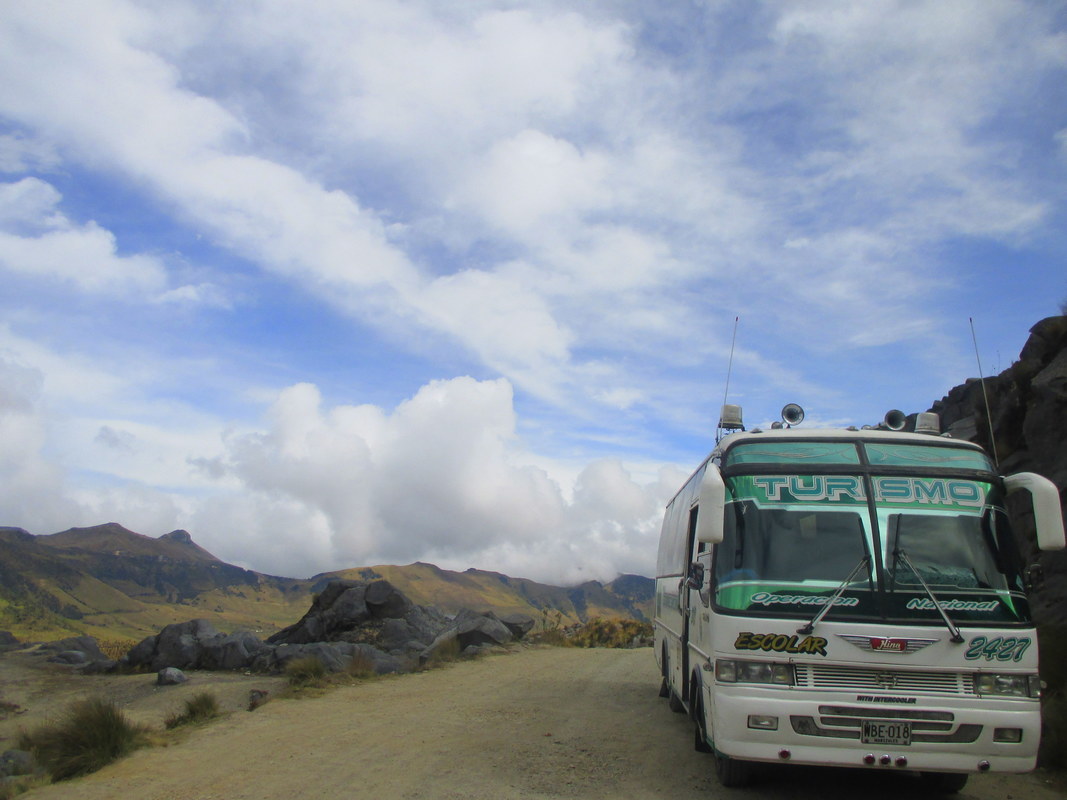 As I’m getting quite chubby with my irregular travel lifestyle I appreciate all opportunities to do some physical exercise... of which I got none that day. All the hikes I did were in the bus, as we had to walk in and out about 45 times. To me, ‘nature’ and ‘passivity’ is a contradiction in words.
​
After yet another 80 stops we then finally drove up to the snowy volcano, where the temperature dropped from sunburn to facefreeze. Couldn’t tell if we made it to the volcano or not, as the mist was so thick that I could hardly see my own tits.
​I guess we couldn’t go anywhere near anyway, as due to volcanic activity most of the park was closed down. Makes sense, as in 1985 about 23.000 people died in their sleep under a layer of lava. It didn’t stop them from charging the full park admission price though, which was almost twice as high for foreigners. A nice way of saying ‘thanks for visiting our country’.
​There was one absolutely tremendous thing about that day though: my Canadian, American, German and French group members who all stayed in the same hostel. After 4,5 months of travelling and meeting tons of new people every single day, the last week I kind of put the Asperger-mode on. In-depth conversations that develop after a few days of hanging out are always appreciated, but I am done with the whole ‘where are you from’ - ‘where did you travel’ -  ‘what’s next’ shallowness with people I forget the name of as soon as it hits my ears. However, this rowdy bunch was cool enough to crawl out of my autistic cocoon for. After a big ‘family dinner’ flushed away with the necessary strong liquids all of a sudden a big night revealed itself. The most (un-)memorable parties are the ones that just pop up out of the nothingness. Sleep appeared to be an abstract concept that night.

Did it make up for the Manizales-misery? Yes.  Should you still skip this town from your travel plans? Yes. 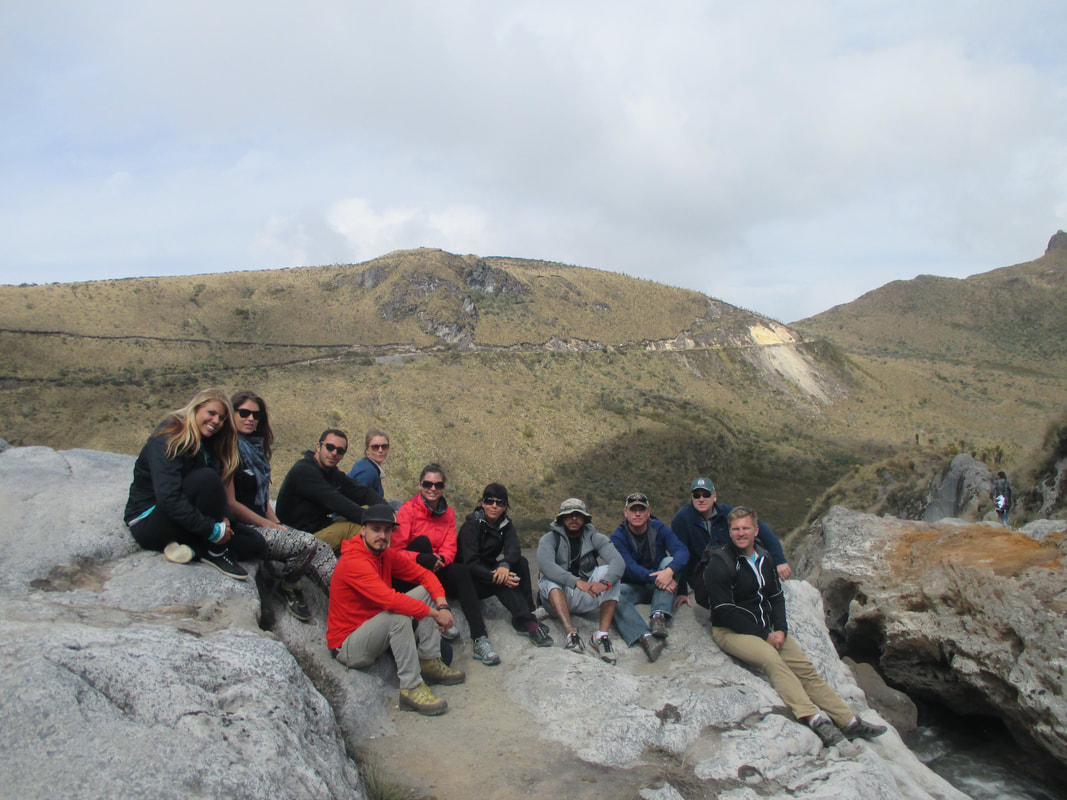 In order to support the travelers’ community, I spend many hours per week to adequately document all information and advices for prospective visitors, accompanied by a (hopefully) entertaining insight into my personal observations and experiences. This service is and will remain free. However, if you voluntarily want to make a contribution and support my travels and thus the creation of new stories and information supply, here is the button you’re looking for:
Donate
Related:
- Go to the Colombia Page for better destinations than this one
​- Check out Budget Bucket List's FAVORITE HIKING DESTINATIONS worldwide!
- Sumapaz National Park, Colombia
- Tayrona National Park, Colombia
- Volcanoes in Salar de Uyuni, Bolivia
​- Volcanoes in San Pedro de Atacama, Chile
- Volcanoes in Quito, Ecuador
- Volcanoes in Cartago, Costa Rica
- Volcanoes San Salvador, El Salvador
- Volcanoes in Antigua, Guatemala
- Volcanoes in Nicaragua: Isla de Omtepe, Masaya and Mombacho
- The city where humanity reached its lowest point: Cancún, Mexico
- The arsehole of Ecuador: Guayaquil
​- Not worth the effort: Huacachina, Peru
​- Avoid avoid avoid! San Juan del Sur, Nicaragua
- Where you shouldn't go to for holidays: Kaunas, Lithuania
​- The city that smells like eggs: Volcanic Rotorua, New Zealand
​- Natural hot pools and a volcanic alpine crossing: Taupo/Tongariro, New Zealand​