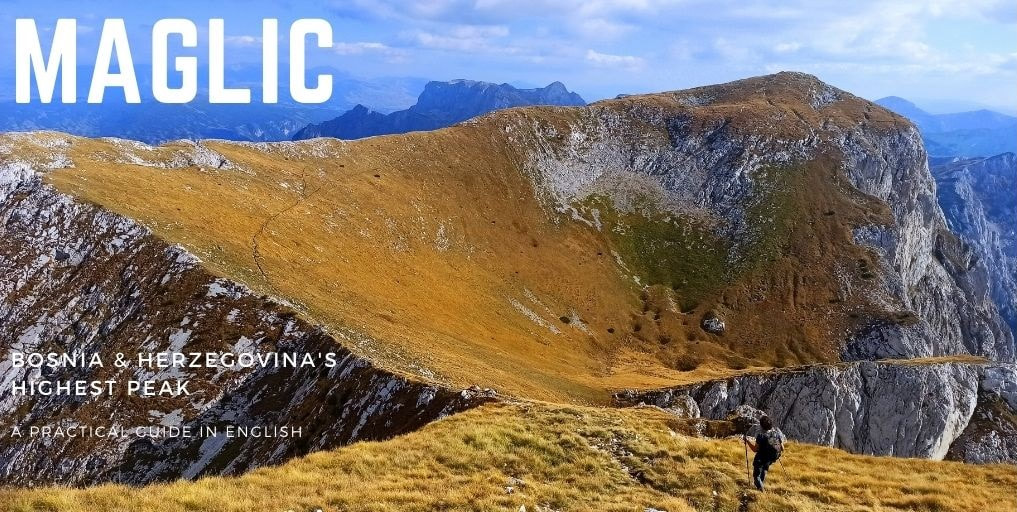 It’s quite the intriguing travel tradition I recently established, even if I say so myself: Climb the highest peak of every country I visit. As I was born in a land where the highest point is 323m above sea level (and parts even below sea level), one could argue that I’m easily impressed… Be that as it may, I don’t think I ever liked a person who’s not struck by the magic of a mountain. As such, Bosnia and Herzegovina is quite the captivating destination for me: flourishing with fresh greenery, cold blue rivers cutting through the wide bushy landscapes, and mountains everywhere you look. Who would have thought? From what I have seen in the month I travelled here, is that the country as a whole could be considered one big national park interrupted by a city or village here and there, but in reality there are only three. Surprisingly so.

The only southern one, Sutjeska National Park, is both the oldest and biggest of all, covering a total area of 16,053.24 hectares. It is bounded by the Piva, Drina and Neretva rivers and includes Mount Bioč, Vučevo, Maglić, Volujak, Lebršnik and Zelengora. The park includes Perucica, one of Europe’s last remaining and UNESCO-classified primeval forests, meaning that it attained a great age without noteworthy disturbance keeping its unique ecological features intact. To properly crown it the Mother of National Parks, it also includes the highest peak of entire Bosnia and Herzegovina: Maglić, 2386m. Time to ascend that bad boy. 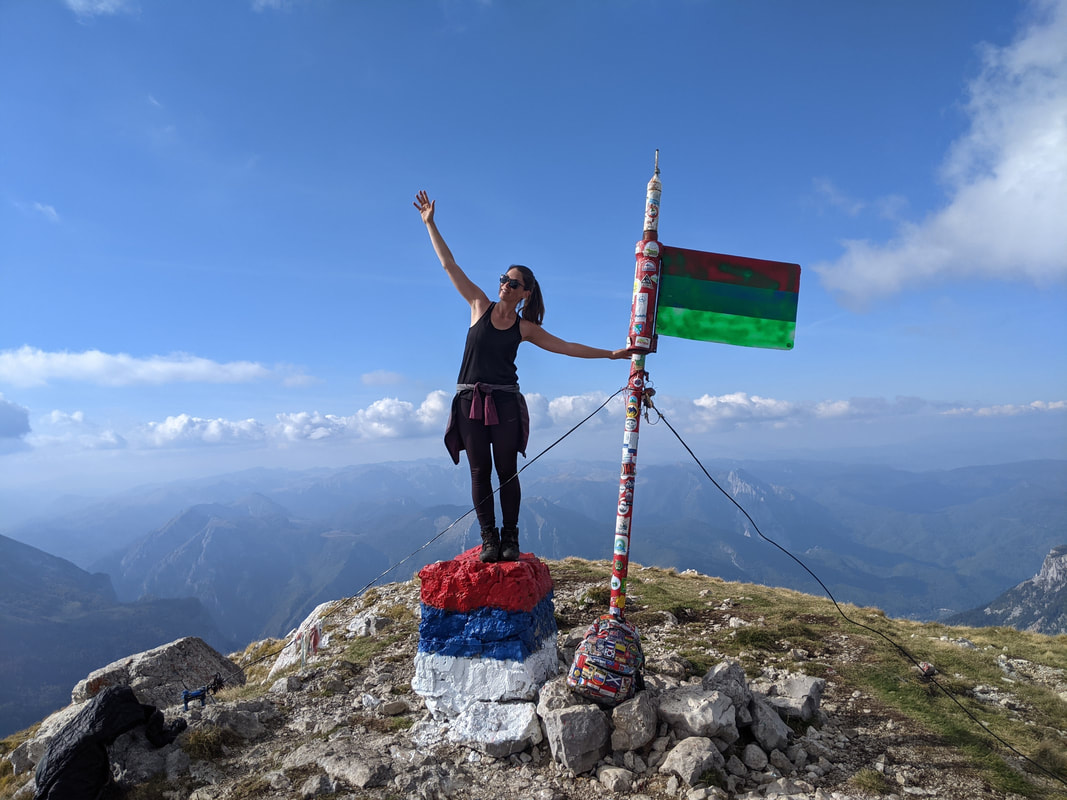 Save this article for later!
​Save on Get Pocket | Save in Browser Bookmarks| Save on Instapaper
Journey & Preparation

As usual, such things are easier said than done, especially when you don’t travel with your own vehicle. First of all, you have to manage to get yourself to Tjentjiste, situated in the bordering valley and the main ‘hub’ of the park (but still a 1-1,5hr car ride away from the main hikes!). Upon checking online, it seemed that there weren’t any actual buses heading there.* So we hitchhiked, which was in our particular case doable and rather quick, yet definitely not something that could be considered a common and widely accepted practice in this country.

* While there, we witnessed bus connections between Trebinje and Sarajevo. There is simply no correct online information to be found, and they generally come when they come. The most reliable source is simply asking a local, who can estimate a semi-accurate time frame. Buses can be hailed down anywhere, given there is space for the bus to safely pull over.

Tjentjiste turned out to be less-than-a-village, with a total of two restaurants and one hidden 2-square-meters-shop which only opens its doors if you call the phone number on the door. In short: bring supplies and hiking food, unlike us. Especially if you’re a vegetarian/vegan, which caused me to live on polenta, bread and half-arsed “sopska salata’s” during my entire stay in Sutjeska. There’s also a Tourist Info Center where no one speaks anything else but Bosnian, has zero information about the park and its hikes, and where one can buy the exact same maps you can photograph along the road (or just use the below picture). But no panic, I’m here to help. 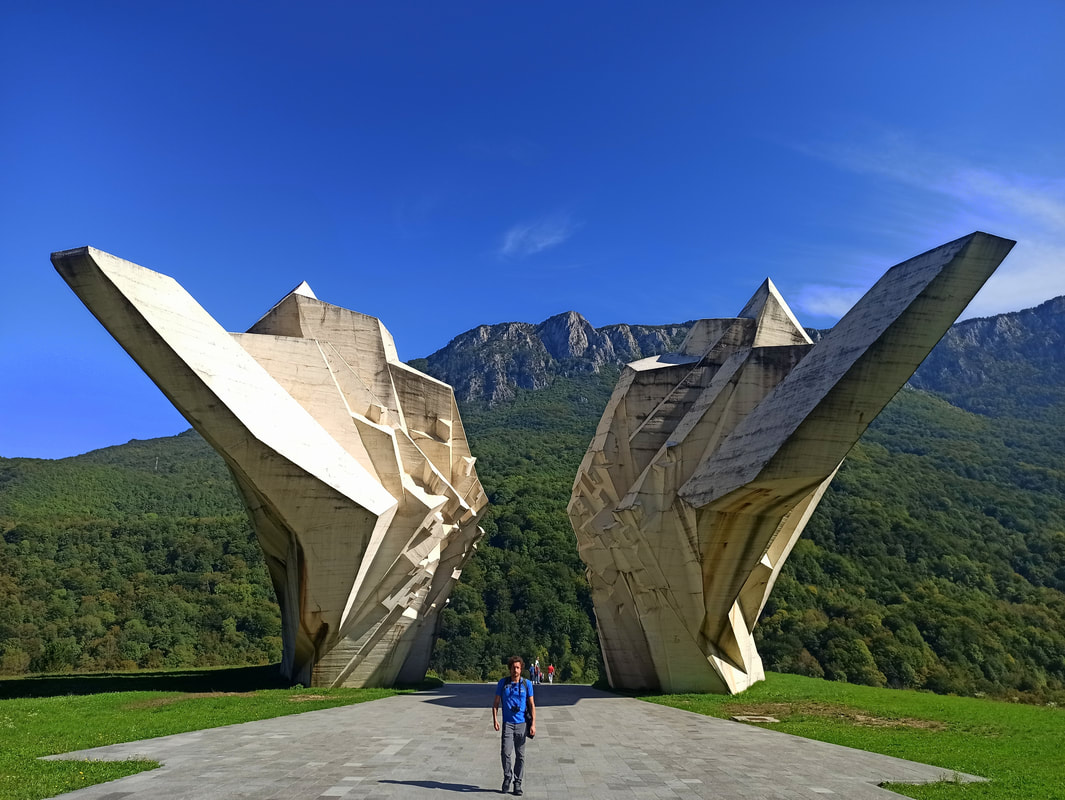 Up: The 2 maps sold by the Info Center… honestly, both equally unhelpful as it doesn’t display the trails. Down: Tjentjiste is the homebase of the Sutjeska Battle Monument. The WWII’s Fifth Offensive, “Operation Schwarz,” was the final and bloodiest struggle that happened here.

​
Other things to take into account before your arrival:

If you plan to visit the Perucica forest as a separate side-trip, know that it cannot be visited without a guide (allegedly). The guide is paid a flat fee per group, so the more the merrier. Guides have to be booked in advance via the Sutjeska National Park website. Other hikes, incl. the Maglic-hike, don’t include the Perucica forest and therefore can be done without a guide.
​
In case you don’t come with a vehicle and aren’t comfortable with hitchhiking: Transportation from Tjentjiste up to the hiking start point is offered by most locals for an average KM60 per car. It can be arranged on the spot, but in high season or to assure a hassle-free trip, I advise to arrange this in advance via your booked accommodation. 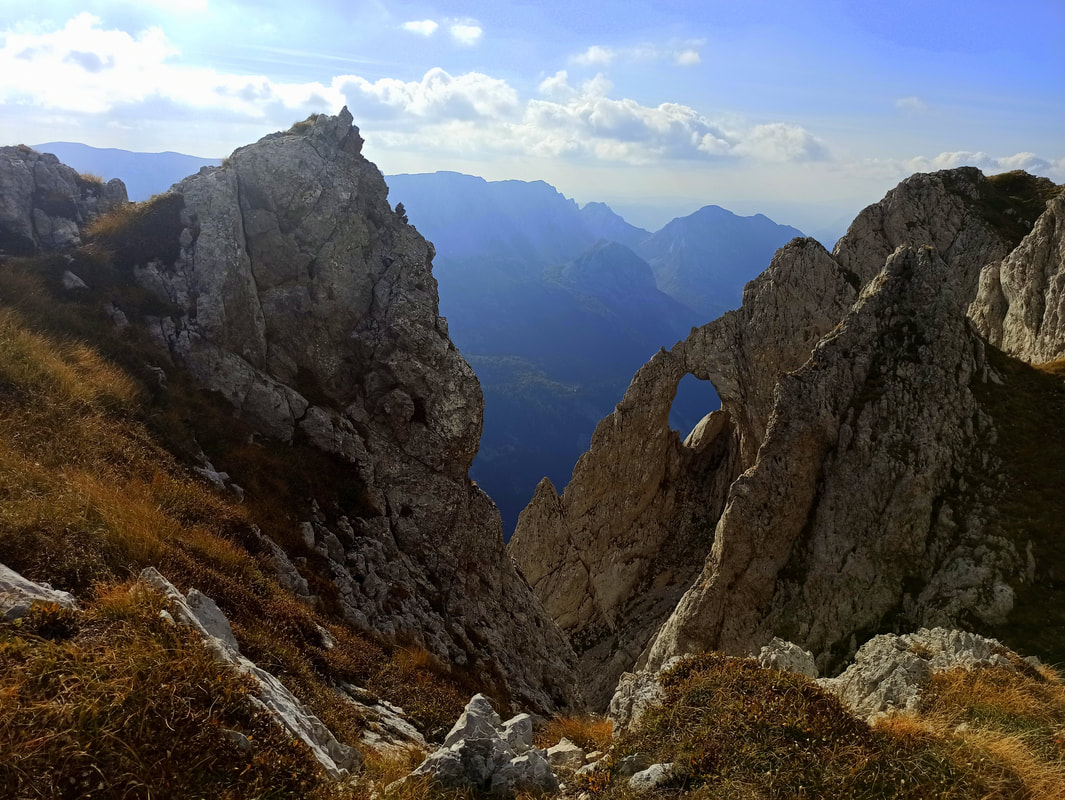 As dreamy as it may sound, “climbing the highest peak of Bosnia and Herzegovina,” it comes with quite some practical organization. You can’t just put on your hiking boots and climb the damn thing. As usual, that’s exactly what I did though, I tend to pre-plan nothing. Just like you, I was very confused about the different starting points, how to get there and the different trail options… information in English is scarce, and different people say different things. So I learned the hard way and lived to tell the story.

There are two starting points (from Tjentjiste):

There are three routes towards Maglic:

​Whatever combination you choose, lavish valleys, forested extents and high elevation mountain meadows will be the main ingredients. No matter how intense the muscle burn or how many deep breaths you needed to take when not trying not to look down too often… it’ll be worth it. Standing there, right on the Bosnian-Montenegrin border, absorbing the far panoramas of both of these marvellous destinations, you’ll feel Queen/King of the Balkan if only for a second. This is why you hike.
Seed planted? Take it to the next level! The trail you just hiked forms part of the Via Dinarica crossing Slovenia, Croatia, Bosnia and Herzegovina, Montenegro, Kosovo, Albania and North Macedonia. It consists of the Green, Blue, and White trail, the latter being 1261km.
In order to support the travelers’ community, I spend many hours per week to adequately document all information and advices for prospective visitors, accompanied by a (hopefully) entertaining insight into my personal observations and experiences. This service is and will remain free. However, if you voluntarily want to make a contribution and support my travels and thus the creation of new stories and information supply, here is the button you’re looking for:
Donate
Related:
- Discover England: Bath, Brighton, Isle of Wight, Portsmouth and London!
​- Go Green, Go Scotland: Easdale, Edinburgh, Glasgow, Glencoe / The Highlands and Isle of Skye
- Unravel the mysteries of Serbia
- Visit Europe's mini-countries: Gibraltar, Liechtenstein, Luxemburg, Kosovo & Wales!
​- Europe's best skiing & hiking: Get your ass over to jaw-dropping Switzerland!
- The 3 golden rules to travel Sofia on a budget! & Why you shouldn’t miss out on Plovdiv! [Bulgaria]
​- Citytripping in Denmark's capital: Copenhagen
- Where modern meets classic: Vilnius, Lithuania
​- 8 ways to save money in Vienna, Austria
- Spanish citytrips: Barcelona, Malaga & Sevilla
​- German gems: Aachen & Frankfurt am Main
​- Graffiti hotspots in South America: Bogota [Colo
​- Hiking Poland's longest mountain trail (550km) with a tent: Glowny Szlak Beskidzki - check the reports here!
- Walk like a pilgrim! 6 weeks on the Camino Frances towards Santiago de Compostela / Finisterre (900km) - check the reports here!