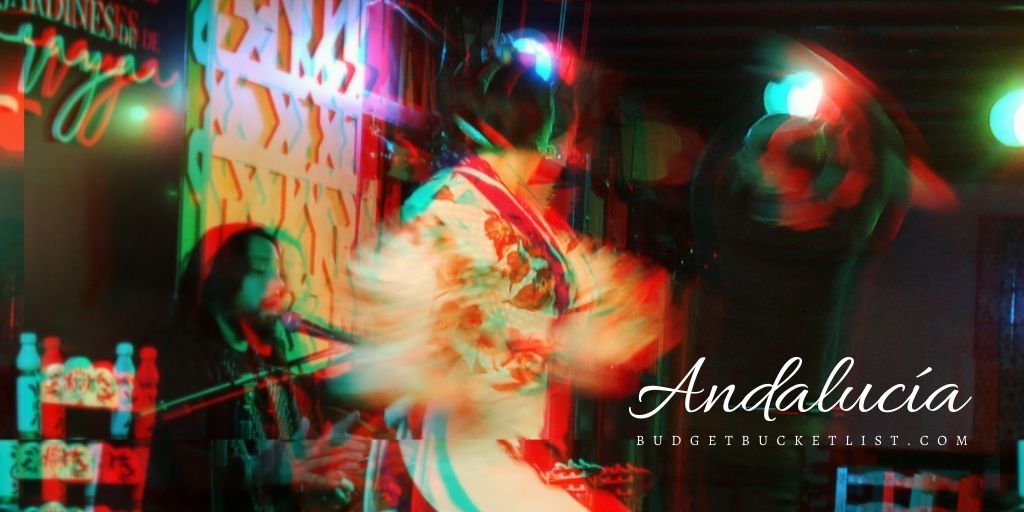 I learned how to properly speak Spanish in Colombia (where I crammed a 6-month language course into 1 month by military discipline and dedicated self-torture), which as such defines what is “normal” basic Spanish to me. Since then I have had thrown all kinds of crazy accents in my face, traveling entire Latin America from Argentina up to Mexico and down to Patagonia again, not one nationality slowing down for an obvious non-native speaker (people do tend to think that speaking LOUDER helps though)… Me, the foreigner, was supposed to make sense out of variations such as the Quechua-mixed Guatemalan Spanish (incl. throat-click sounds), the monotonous rambling-fast-train Mexican Spanish, Paraguayan Guaraní-drenched Spanish, Chilean Mapuche cut-all-words-in-half-for-no-obvious-reason-Spanish and obviously my clear sufferings in Argentina shouldn’t go unmentioned, where they seemed to forget they are in fact not Italians (I speak actually both Spanish and Italian – but it took me 15 passport stamps to flawlessly follow what these lovely ‘boludos’ had to say).

However, not one part of the world is going as borderline apenuts with their Spanish as the Andalusians. When re-entering Spain for the so-many’th time, the source of the Spanish language (which is in fact called “Castellano”) took me a while to adapt to, pronunciation-wise, if only for the sudden physical necessity to stick my tongue out of my mouth at every ‘s’… but once an Andalusian quite literally marched into my life during the Camino de Santiago, it took me in the beginning about 5 listen-turns of every voice memo he sent to understand what he was trying to communicate (after forwarding the message to 3-4 native speakers – fellow-Spaniards – who also were completely lost). As a rule every word is cut in half, Chilean-style, the last syllable entirely disappearing and being kind of thrown out in the air in a short shriek with an open mouth movement. The speed could be defined as a car rolling down a cliff in a certain and inevitable crash, words often overlapping with the other and forming one blurred sound in which often the lips don’t even touch. Add to that the inevitable local slang and you get expressions such as “no ni ná”, that cost about 0.001 microseconds to utter. Splendid. Now I’ve seen (heard) it all.
Save this article for later!
​Save on Get Pocket | Save in Browser Bookmarks| Save on Instapaper
Now I didn’t convince you to travel down to southern Andalusia to follow a language course, perhaps I can simply entice you for some no-nonsense tourism? Let’s just ignore covid-ruined times entirely and focus on what’s out there when the old normal is the new normal again… my favorite must-see-towns in Andalusia:

An obligated #1 hit, as this is the city where I (let’s just quote a Karen-wall-sticker) “lived, laughed, loved”. Quite literally. I actually moved to Granada on several occasions, having lived in a campervan next to the local skatepark, along the Daro river in a historical freezing cold building and… in one of the Gypsy Caves in the Sacramonte area. Yes, an actual cave turned into a comfy 3-bedroom home. That indeed is as awesome as it sounds.
What kept me interested is its nature full of contradictions, being both classy and edgy, modern, and delightfully historical, and urban yet tucked right into nature. You can roam passed the walls patched with well-done street art towards the historical city heart, the Albayzín, reliving Moorish influence in a breath-taking Spanish wrapping (bloody hell, can those bastards build!).

It’s completely doable to visit an art gallery in the morning, ski down the snowy slopes of Spain’s biggest winter sports resort the Sierra Nevada in the afternoon, while going for a delightful evening walk in the Dehesa del Generalife, or even better: into the mountains of Parque Natural Sierra de Huétor.

All to a soundtrack of the ferocious clapping of the castañetas marking Flamenco, a deeply-rooted Andalusian cultural heritage both visually and auditorily sucking me right in with its introverted yet explosive bomb of pure emotions. Magical. The Queen of Andalucía, the Alhambra her shining crown.

The same reason that drove me into Granada also triggered my exile: Love. This hearth-pounding rollercoaster of emotions will forever stay within those historical city walls, being captured as one of its many treasures.
2. Cordoba

After visiting the Argentinean version over and over again, it seemed about time to get back to the source. A completely different cup of tea. Entirely at random I just grabbed a Blablacar destined for Cordoba and booked a fantastic Air-BnB-slash-wine-bar right in the city centre. For 7 euros a night. Covid does have upsides.

Just like in Granada, the impression that slapped me straight in the face first was the overly visible Moorish influence from when this region was still referred to as Al-Andalus. But ehm… *whispers* looking much better than you can witness in any Arab country nowadays. Judgements aside, the cool thing is that you can visit both churches and mosques, while as a convinced atheist just being in it for the art and architecture. As an example: the Alcázar de los Reyes Cristianos ("Castle of the Christian Monarchs"), which, in case you cared, was one of the primary residences of Ferdinand II of Aragon and Isabel I of Castile. Yeah, I don’t know these people either, but the structure and gardens are impressive enough to reward it with a UNESCO World Heritage status. Quite rightfully so. And did I tell you they scrapped the entrance prices because of corona? You just have to reserve via the app (which can be done on the spot).

I now highlighted one sight of Cordoba that should be on your shortlist, but obviously I can go on and on and on. I won’t, we both have limited time, but I’ll quickly sum up a bunch: Palacio de la Merced, Santa Marina, Palacio de Viana, as also Iglesia de San Lorenzo and San Miguel. Other sights that really got me: Diputación Provincial de Cordoba, Jardín de Poetas, Puente Romano, the Jewish Quarter, Museo de Bellas Artes*, Plaza de Corredera, and obviously the tintos de veranos and endless tapas that mark Cordobanian (is that a word?) nightlife, mainly situated at Avenida Barcelona. Oh and they have a Roman Temple too. The fun just never ends, does it now, Cordoba? I just wanted to stop every 2 meters and photograph everything.

*  Museums are free for EU-citizens, by the way
Now, the observant reader might have noticed one sight has been left out entirely… the main sight, so to say. Eh well, yeah, I’m sure the Mesquita is stunning. I, however *coughs and talks at the same time*  am banned from it. Yup. After having arrived at 9:15 AM to benefit from the supposedly 8:30-9:30 AM free admission, the small female creature in front of it denied entry after uttering some highly offensive statements about foreigners in that language she assumed I wouldn’t understand. How very courageous of her. Well now, anyone who slightly knows me understands that did not go down well, so I pulled out my phone to film and kindly requested to repeat that on camera one more time. Long story short, shit escalated, the little gnome in security-outfit ran towards me and tried to pull me down while almost ripping my backpack, and I might or might have not left my prominent teeth marks in her arm. Police got involved upon her initiative, who obviously found the entire situation quite hilarious and merely for form wrote down my address and phone nr. The first I pulled right out of my ass (if it exists – the Avenida Pablo Picasso #10 in Madrid might get some mail for me) and after finishing my convo with the cops, I tossed out my Polish simcard attached to the number I gave to them straight into the gutter. I might have not actually seen the Mesquita, but this experience makes a much better story though.

Aiiii, it’s just so hard to choose an order – all these Andalusian towns are just so damn good. Take Sevilla, where the entire melting pot of cultural diversity that shaped this vivacious region over the course of history just flawlessly fuses together. In the midst of summer, while overhanging hoses gently spray its scorching visitors with a cooling water-mist, the attraction of Sevilla still beats the overwhelming heat and motivates anyone lucky enough to find him/herself in between its old city walls to keep on moving… keep on exploring. In a maze of improvised street parties, tapas, colorful tiles and flamboyant structures, one can hear the emotional shrieks and shoe-clapping of flamenco dancers gracefully conquering the Plaza de España as their suitable stage. Sights like the futuristic Metropol Parasol and the grungy Bohemian Quarter weirdly oppose the rich tangible heritage in the shape of the Alcazar Palace (a Game of Thrones film location by the way). Museums such as the Museo de Bellas Artes and Museo de Arte Contemporaneo colorfully embrace the creative spirit so understandably triggered by the minds growing up in this hotbed of everything Andalusian culture stands for. Sevilla, that’s one for your list.

Read more about Sevilla in this travel report.​
4. Marbella

Before you could start wondering why I keep feeding you properly-sized cities: Here’s Marbella. It’s not tiny (about 142,000 inhabitants), but scenically tucked in between Malaga and the Straight of Gibraltar whilst tickling the foothills of the Sierra Blanca it does have quite a village-feel to it. Tourists for sure discovered that, spreading out in all corners and gaps of the charming streets of the Old Town lingering passed cityscapes that give Spain that typical sweet flavor. Sipping on a sangria on the Plaza de los Naranjos or getting some cute nick-nacks on the Puerto Banus Saturday street market – it’s not so much the activities an sich, but the overall laidback pace of it that makes you truly adapt to Andalusian culture. And while at it, why not go for it and get yourself that beach massage or romantic sunset beach stroll? You’re on a holiday after all.
5. Malaga

Last on the list, as it’s not as diverse as Granada, not as cultural as Cordoba, not as colorful as Sevilla, neither as cosy as Marbella. Yet, there’s something about Malaga. It might be these clean cosmopolitan shopping streets and upscale boulevards, offsetting dodgy outskirts and noisy highways, or how it exactly hits the sweet spot by providing the right balance between that popular Mediterranean coastline while leaning backwards against dry inland mountain scenery… the yellow sandstone colored city contrasting with the colorful pallets of its former inhabitant, Mr. Pablo Picasso. No, it is not the most scenic hangout in entire Andalusia indeed, neither does it pulsate that typical Spanish vibe through its concrete veins, but it’s the kind of place where beauty suddenly pops up in unexpected places and where there’s always something up. It seems like a challenge on its own to get bored in a place like Malaga. And as this is where the main airport of the south is located, it’s rather unavoidable you’ll pass through it anyway… good for you.