An edited version of this post can be found on STEEMIT: Upvote me to support my travels for free!
​
What do you say if someone gives you a skydive? Are you going to argue, are you going to ask specific questions? No, of course not. You scream "HELL YEAH" and dive into the adventure. Literally, in this case. 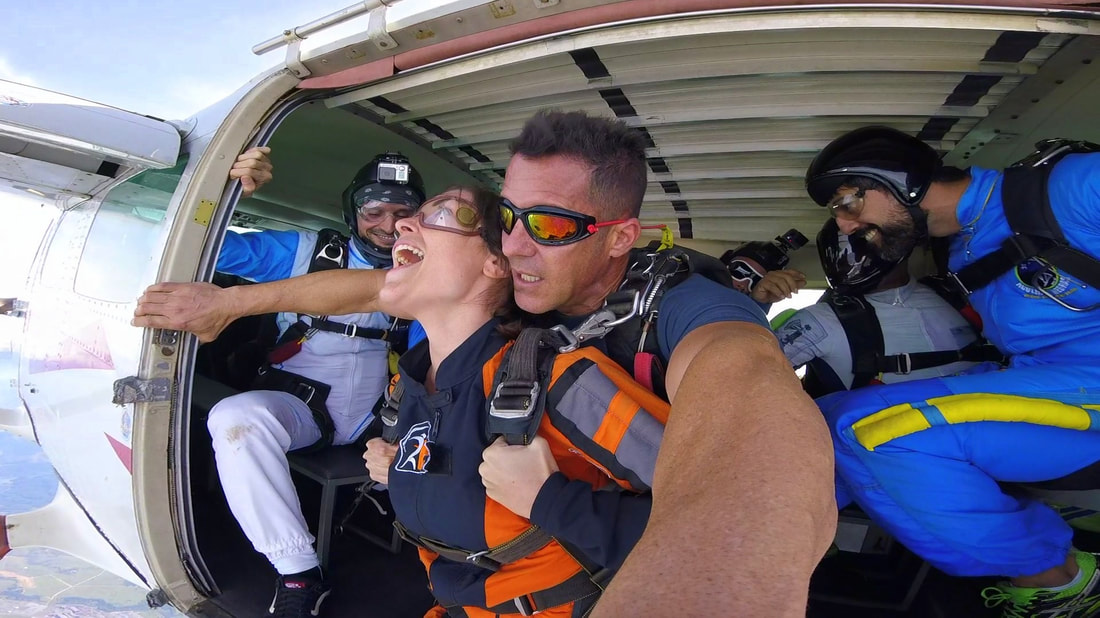 The idea was to get reckless in São Paulo, but weather wasn’t all that supportive (Brazil’s yearly rainfall dropped down on us in those specific 24h planned). But luckily, my new generous friend Wes did not forget. So after he picked me up from the ferry coming back from Ilha Grande and let me taste of the high-end life in Angra dos Reis, Trindade and Paraty, he checked us in into a decent hotel in Resende… Some desolate shithole where, believe it or not, I had been before. Why? Well, because I went to its neighboring even-more-tiny-but-pretty-shithole Itatiaia earlier on to visit its eponymous national park and the only place where they served alcohol was here… 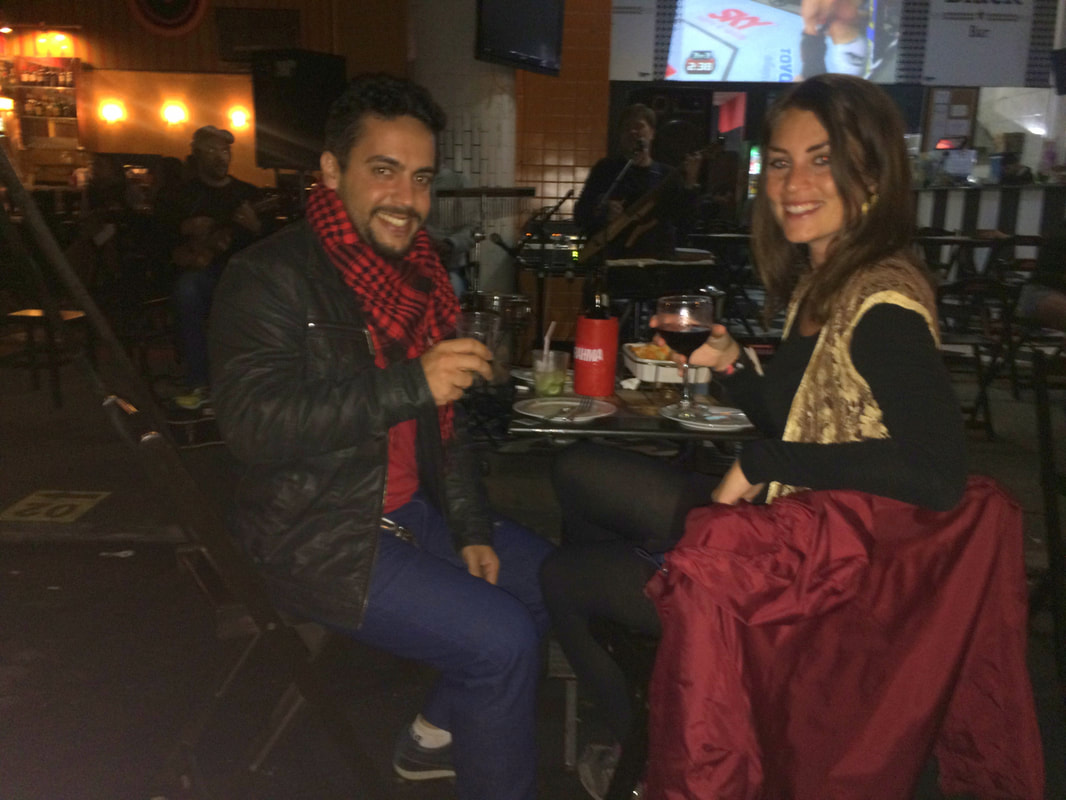 … in run-down establishments where 16-year-old teenyboppers hiding behind veils of cracked open one-shade-too-dark-foundation and glitter lipstick twerked against the beer bellies of bolding men holding themselves up against the bars while burping along on the worst karaoke ever brought to the world. Those were the nights.

But back I was. Eating vegan sushi in a desolate restaurant where the bartenders stealthily snapped not-so-secret-pictures of me because the whole idea of not killing animals for consumption struck them as slightly extraterrestrial to say the least. I expected to be more nervous, the anticipated aroused hysteria hijacking my sleep. Maybe because that would be the normal human reaction to doing something as unnatural as jumping out of a flying airplane about 8km above that thing we usually live so comfortably on. But I wasn’t. When I looked at myself in a mirror I noticed my reflection had all the aspects of a person with a mild retardation, as I had this slightly maniacal smile dancing around my jaws that I couldn’t neutralize somehow. 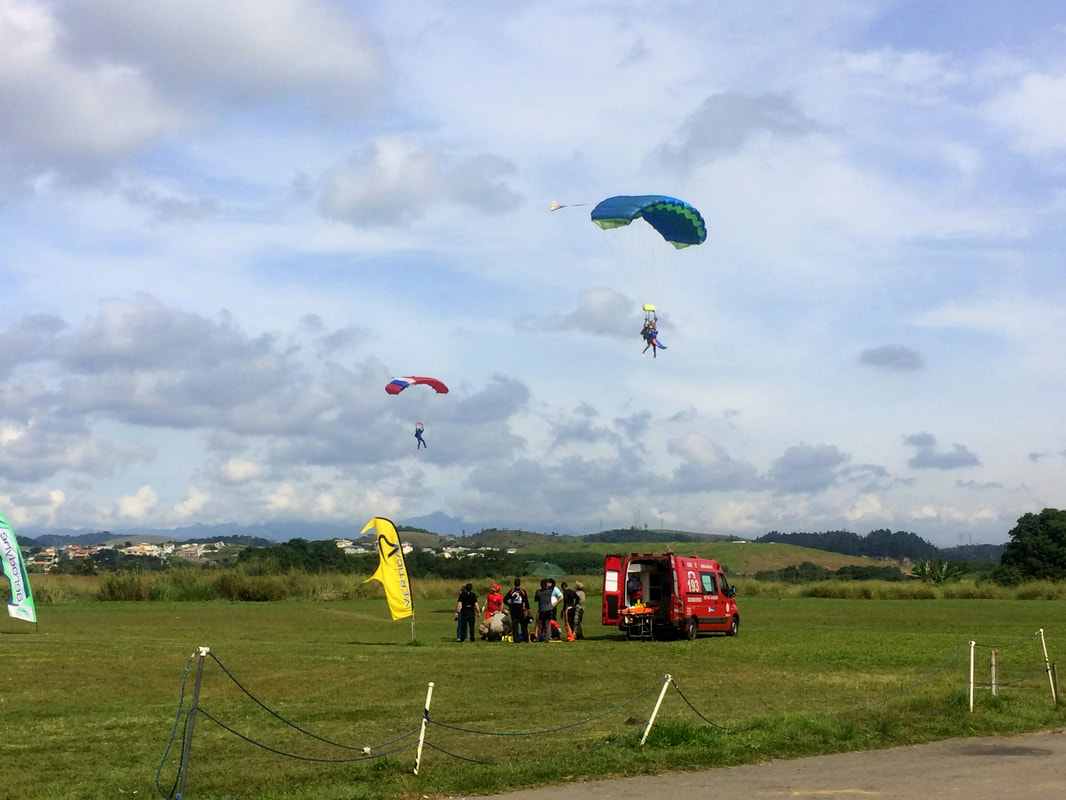 Even when my jump got somewhat delayed because a skydiver in the flight just before mine crashed and broke two of his legs, my enthusiasm remained a 100% unaffected.

He could have forgotten his parachute altogether and splashed apart like a tomato for all that I cared, I’m doing this. 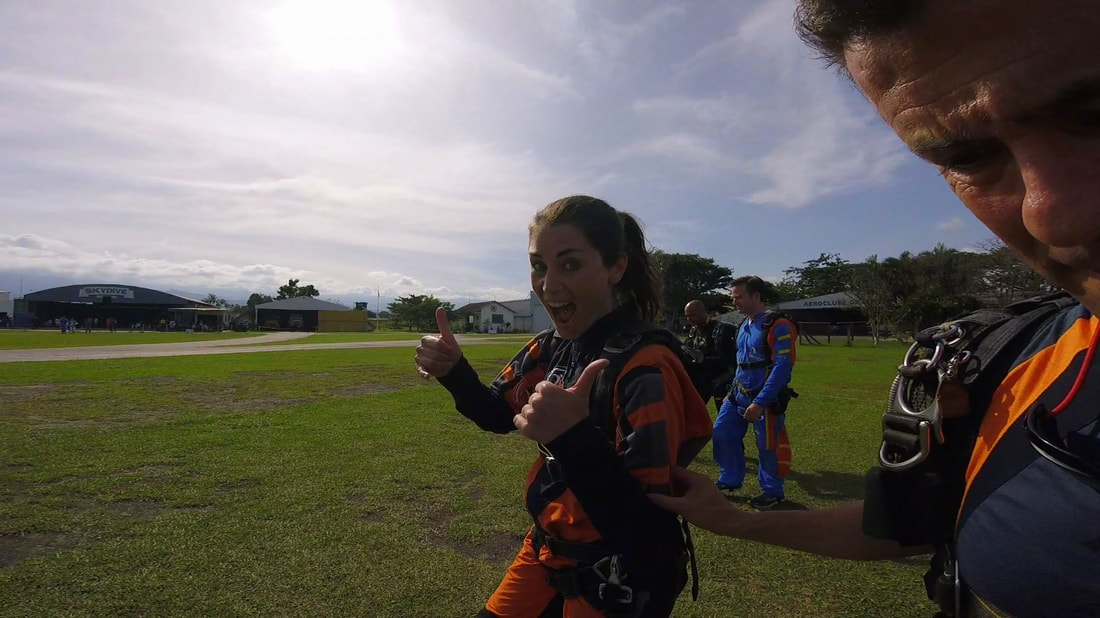 The whole training went passed me in a haze. I saw that there were words spoken to me, so I nodded to give them the illusion I was following, but my mind was already in that plane.
Belts and clips were attached to me, and I was slid into some orange overall which meant this was actually happening. 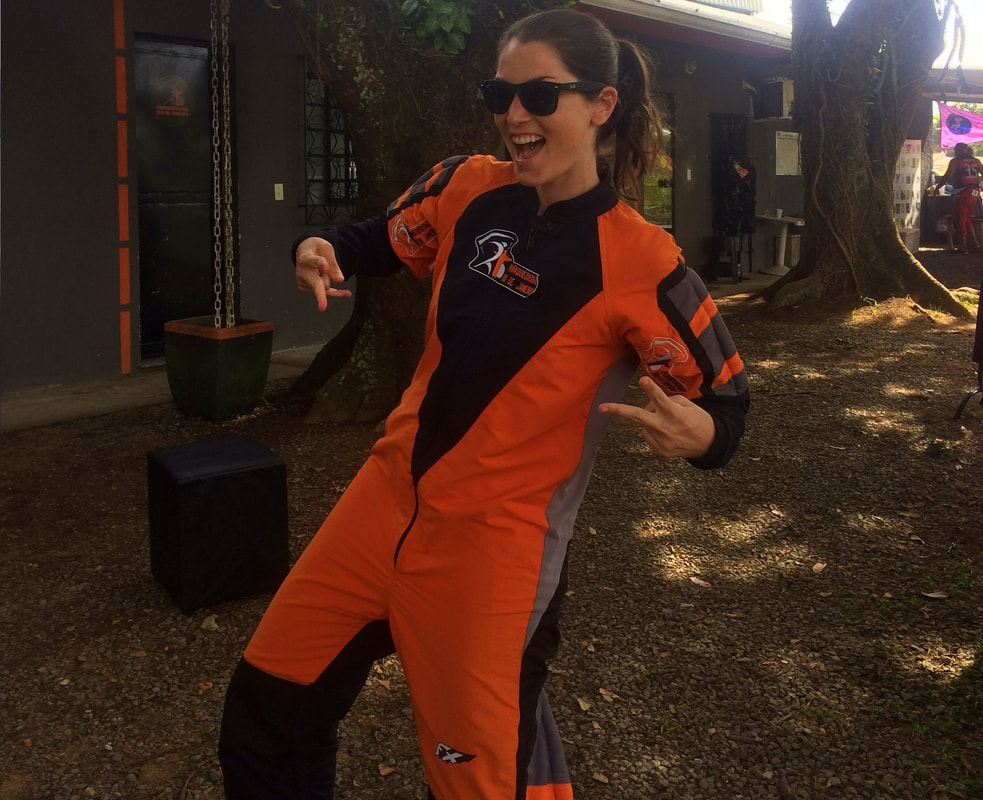 I suppose there were other people in that aircraft, but I don’t remember their faces. It was just me and my adrenaline blinding all other irrelevant elements.
The rollercoaster-tremor of the ascend. The deafening clamor of the engines. Landscapes that turned into the little bright coloring pages of sobbing infants. People patting me on the shoulders and holding up thumbs.

It was my turn.
​
Head back, hands around the front of the parachute. No time to think or anticipate the situation, 3 nano-seconds and SLAZAM! 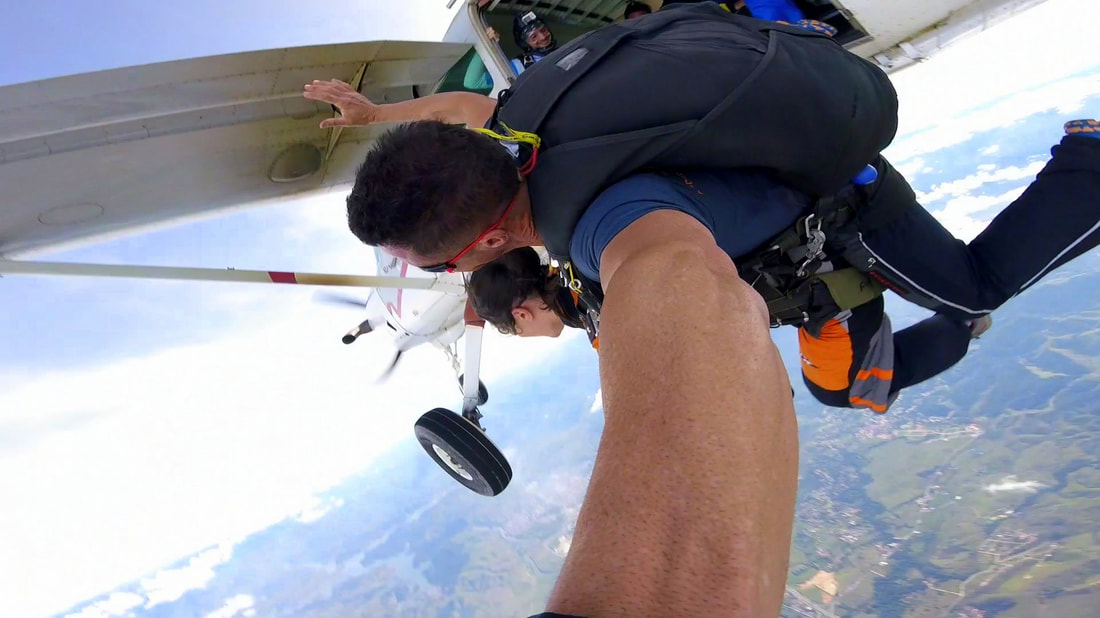 Making a summersault into the oxygen I ripped the air in my way apart, seeing the distance between me and the plane rapidly increase. An internal explosion. I tried to remember what my instructor had told me back there on Planet Earth, but it was one big brain fart. 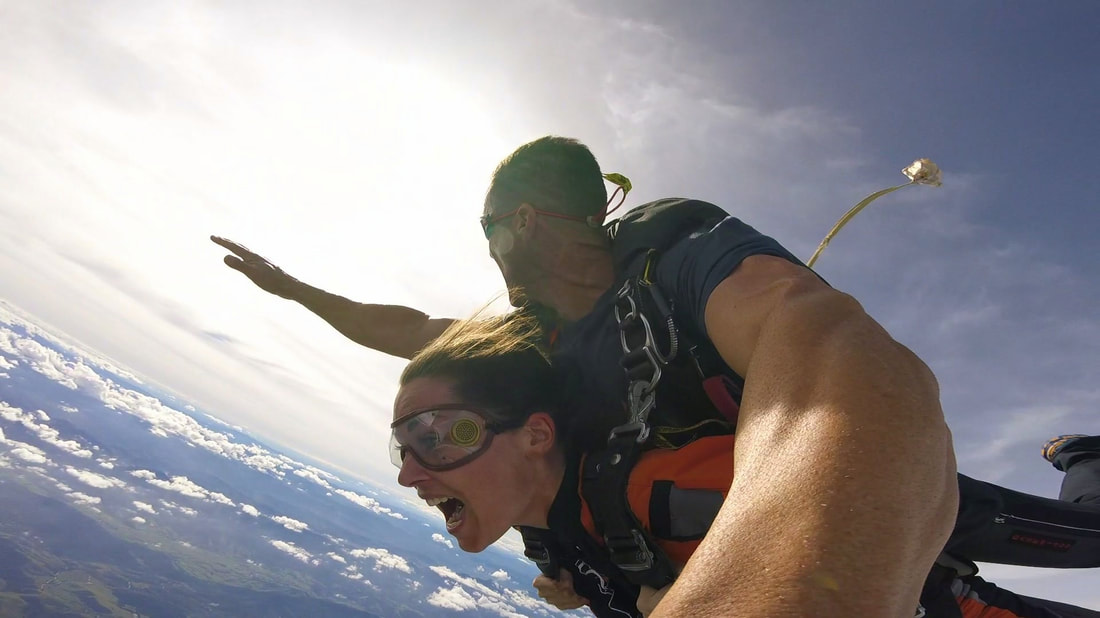 Did I even have a brain? I think it blew out via my ear. I tried to process the state of affairs, but it was like someone was holding my auricle while screaming into it from the top of their lungs. AAAAAAAHHHHH!! I was falling, falling so hard, how can you even fall for so long? I felt my flesh flinching backwards as my speed built up. Swallowing was impossible as all my saliva was sweat out of my body and had evaporated in heaven somewhere along the way.
One eye had stopped working as the self-inflicted typhoon roaring into my face had blown my contact lens straight out, causing it to bounce around in my mask. Earth approached, gravity sucking me back straight where I belong.
​
If I ever wanted to audition for one of those Scandinavian black metal bands I adore so much, the video shot during this event might have the best results. Whatever came out of me this short but brutally intense instant of my life was anything but feminine, or even human. 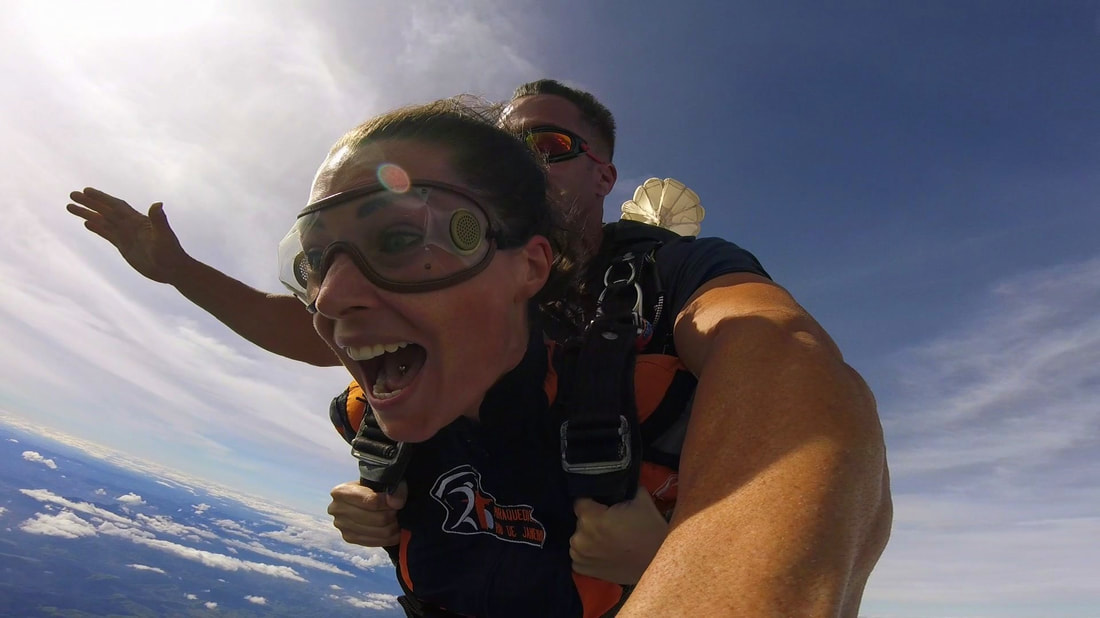 Before some stimuli had finally went from my mind down to my toes and bounced back to my conscience again to inform me whatever was happening right now is sickly, amazingly, outrageously AWESOME, I already felt a heavy punch into my thorax. After my body clapped double into a giant human sandwich a parachute broke my fall into a laidback panoramic voyage.
​Holy fucking mother of Jesus and all the whores of Bethlehem (oh look, there goes my religious following). I punched myself in the face and didn’t feel anything. “You enjoyed your jump?”, I heard a Portuguese-speaking voice say behind me. Oh right, there was this guy bouncing with me, I totally forgot about him. “Muito legal”, I said with a voice that didn’t seem to be mine, as whatever I would answer to that would be a pathetic understatement. 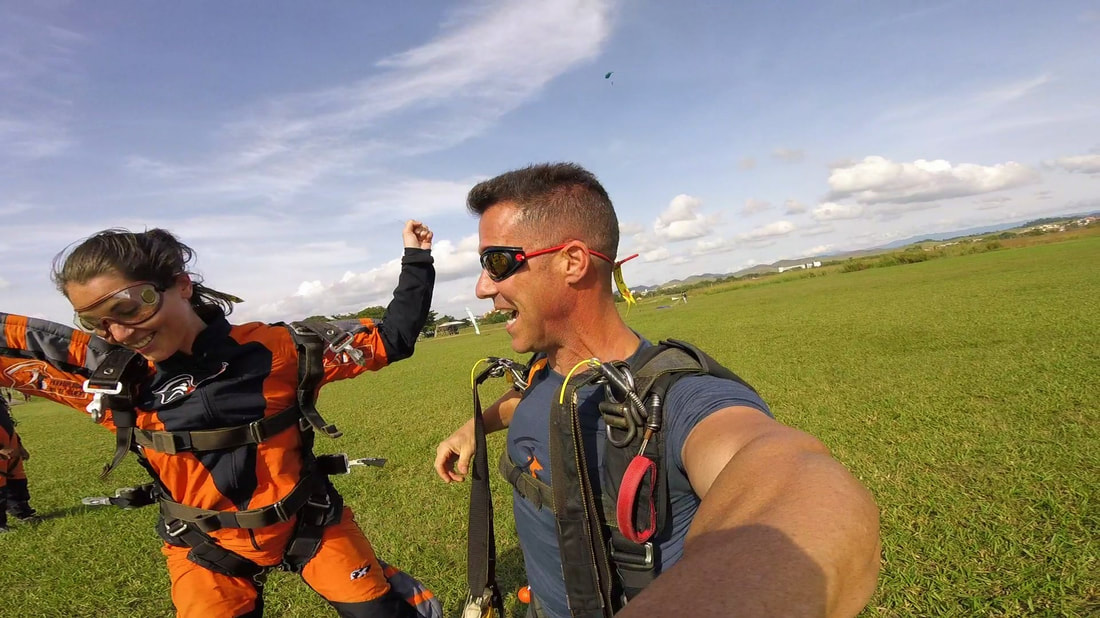 This was one of the best things, if not the best, that happened to me in Brazil.

I do all crazy shit mankind has ever invented to make life less boring, but this one topped all the madness.

They say adrenaline is addictive… to those people I have to say only one thing:

“When can I jump again?”

​Ah... you're the type  that prefers watching the movie instead of reading the book? Alright, there ya go:
In order to support the travelers’ community, I spend many hours per week to adequately document all information and advices for prospective visitors, accompanied by a (hopefully) entertaining insight into my personal observations and experiences. This service is and will remain free. However, if you voluntarily want to make a contribution and support my travels and thus the creation of new stories and information supply, here is the button you’re looking for:
Donate
Related:
​- More adventure sports in Brazil
- Adventure sports in Ecuador
- Adventure sports in Peru
- Paragliding in Argentina
- Rope-jumping in Lithuania
​- Flying a microlight above Northland, New Zealand