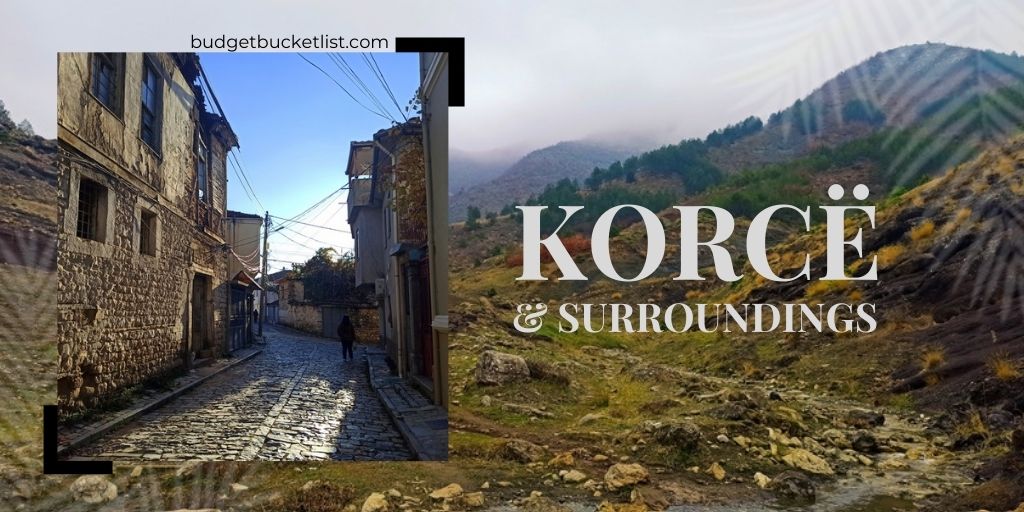 Not in the story-mood? Scroll down for the Quick Budget Fact Overview: an itemized information summary of Korcë and Pogradec! ↓
Not often did I hear someone mentioning Albania as their upcoming holiday destination. And the rare times I did, I heard the same names… the same carved out pinpoints of every rapid itinerary: Tirana, Theth, Shkodër Lake, Berat, Gjirokastër and a handful of idyllic stops along the long, lush coastline. Yeah, those are fun, but what about the east? Does anyone ever head over there? What are they hiding? I had to figure it out… and wasn’t disappointed.

Take a place like Korçë (Korca). It only takes a short stroll from Bulevard Shen Gjergji to the historical Old Bazaar, filled with the laughter and turmoil of people having a good time, to abruptly and irreversibly lose your heart to this city. And the people of Korçë worked their asses off to make that happen: After 40 years of brutal communism, tainted by genocide and a complete lockdown of the country, the city regretfully fell into disregard. Even though this fierce town formed the epicentre of revolts and resistance*, these tribulations took their toll and in the 90’s very little was left from its former glory. Little but the strong spirit of the people: In the 2000s all citizens came together and did their part to accomplish a full-on make-over, backed up with the financial aid of the EU. The main streets and alleys were reconstructed, historical houses restored, façades painted, parks revigorated, and why not, a cultural calendar introduced to everyone’s entertainment. And now it’s for us to reap the fruits!


* Not only against the terrors of Enver Hoxha, but a few timelines back against the Ottoman domination. 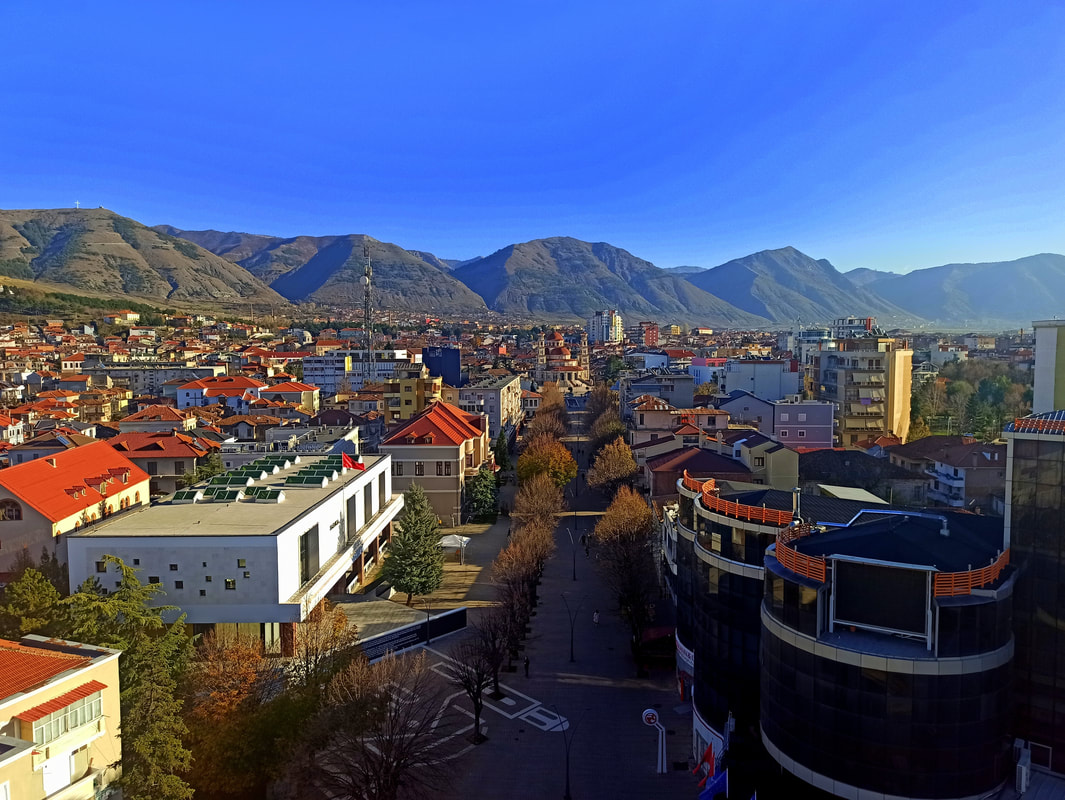 Too busy to read now? No problem, save it for later!
​Save on Get Pocket | Save in Browser Bookmarks| Save on Instapaper
The first step when visiting Korçë is obtaining a bit of an overview of the city, for further orientation. The best way to do that is by taking the lift up to the top of the Red Tower… which is white with the letters “RED” on it (“ART”?). From this modern look-out point a few landmarks will immediately jump into eyesight: the Andon Zako Çajupi Theatre and the Resurrection of Christ Cathedral, which both can be visited. The cathedral is a reference to the Orthodox history of town, tightly tied to the local Greek population (who also funded the biggest chunk of this house of prayer). The proximity of Korçë to Greece and the strong Greek presence led to numerous claims in the past, of which a handful were (temporarily) successful. These tense events were paired with fierce oppression of any Albanian nationalist sentiments, which were strictly followed up by repercussions. By contrast, the Ottoman origins of the town are also still visible today: Take for example the Old Bazaar and the Iljaz Mirahori Mosque, which was named after the founder of Korçë.

If this caught your interest, I recommend digging a bit deeper into various episodes of Korçë’s past by visiting a handful of its museums… of which most are them are entirely free every last Sunday of the month. If you’d like to stick to the chronological order: Kick off at the Archaeological Museum, make that far jump to the Middle Ages at the National Museum of Medieval Art, on to the National Education Museum of the First Albanian School (1887) and finish at my personal favorite, the Photography Museum Gjon Mili. Chances are high you unknowingly have seen a few of the works of this celebrated photographer before, who played with the suggestion of movement and light by using the strobe-technique. Little did most of us know that this man, whose pictures were published in Life Magazine for over four decades and who had Pablo Picasso in front of his lens , comes out of – you guessed it – Korçë! That tucked away town, secretly hiding behind the Morava Mountains, that just never stops surprising!
Like your Korça Beer? Of course you get it best from the source; The Korça Brewery in Korçë!

I always wanted to visit the Ohrid Lake of Macedonia. And I did, eventually… but before that pleasant event in my personal travel history took place, I visited the Ohrid Lake of Albania. Same lake, just the other side! I had no clue an actual border cut straight through it, but hey, you’re never too old to learn new things. Ohrid is one of Europe’s oldest and deepest lakes, whereas the Skadar / Shkodër Lake is Southern Europe’s largest… and yup, Albania also owns a considerable chunk of that one, the other part belonging to Montenegro. It seems to be Albania’s thing, owning half-lakes. The funny part is that both the Ohrid and Shkodër Lake are proclaimed National Parks in its neighbouring countries, but not in Albania. What does that imply… that it’s special to them, but just “normal” to Albania, where big fat doses of natural splendour are always around the corner? Who knows?

Pogradec indeed doesn’t shout its proximity to this important sight and ecosystem* from the rooftops and chances are high you never even heard of the place, but it does make for a recommended stop on your itinerary. Not only for a dive or row-session, but also to check out its Roman Golik Bridge, to visit the Castle and Historical Museum, and why not: to shovel down some seafood. Apparently, the trout (koran) is really good.**


* The lake contains more than 200 endemic aquatic species.
** Or so I heard. I’m a vegetarian, and unlike popular Albanian believe: that excludes dead fish as well (a pescatarian is something else). 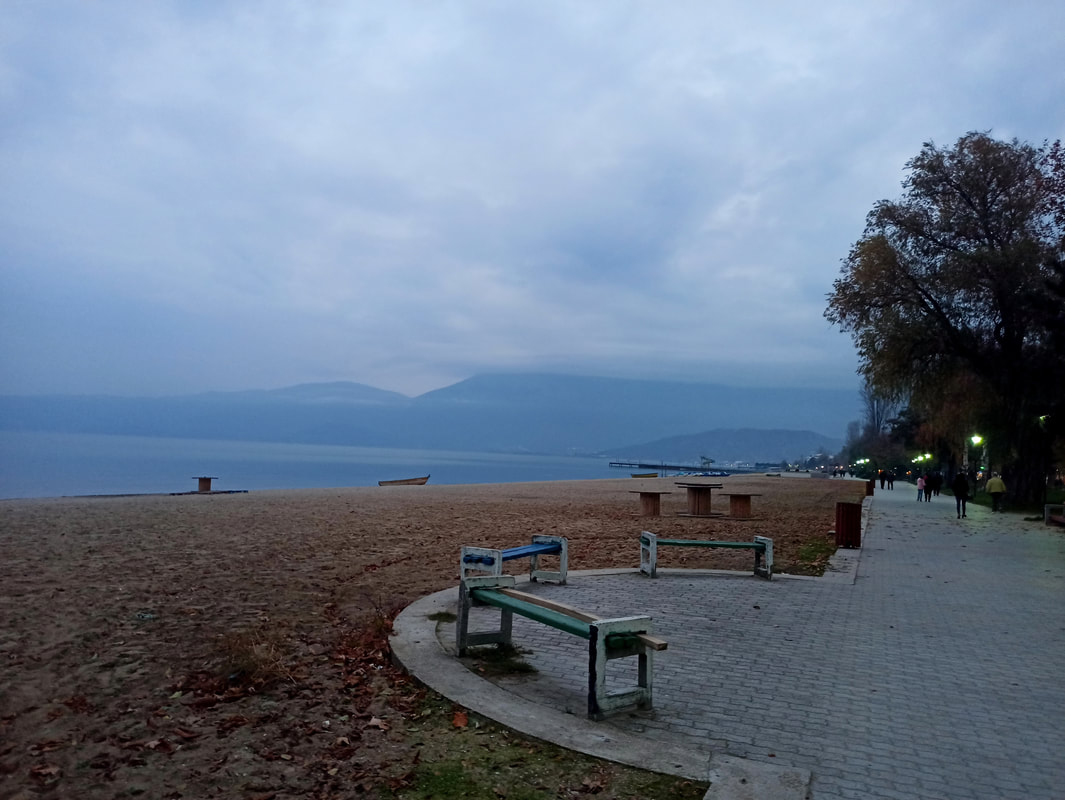 The south-eastern side of Albania indeed is the gift that keeps on giving: it shoves hands full of national parks in your face as well! If we just look at Korçë and Pogradec alone, we can already detect no less than three national parks at a mere stone’s throw away: 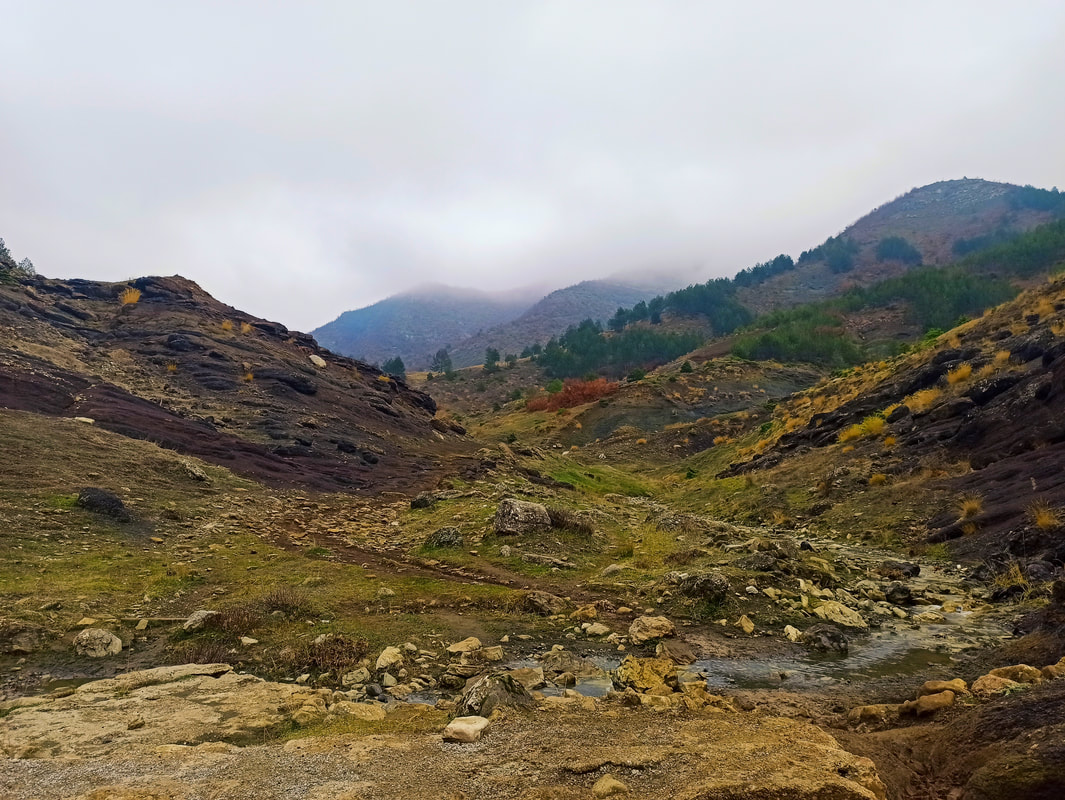 In order to easily travel down the south-eastern side of Albania, which is more remote and sometimes lacks efficient public transport systems, renting a car is highly useful. Not only to easily get from A to B and explore the more off-the-grid locations of the country, but also to allow for an easy daytrip to the various surrounding national parks which are otherwise hard to reach. I have an excellent experience with Rental Shkodra, who charge affordable prices and as a family company go above and beyond to provide a personal level of service. With pick-up and drop-off points in both Shkodër and Tirana, you can easily drive around the entire country without backtracking. Ideal! 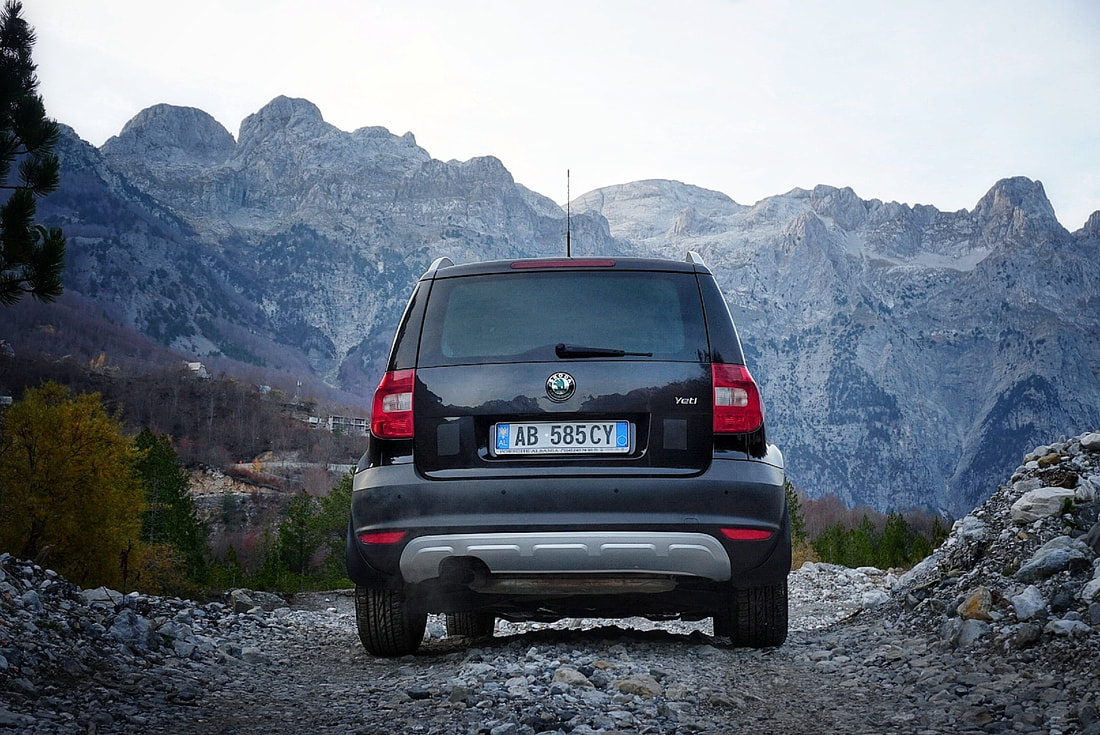 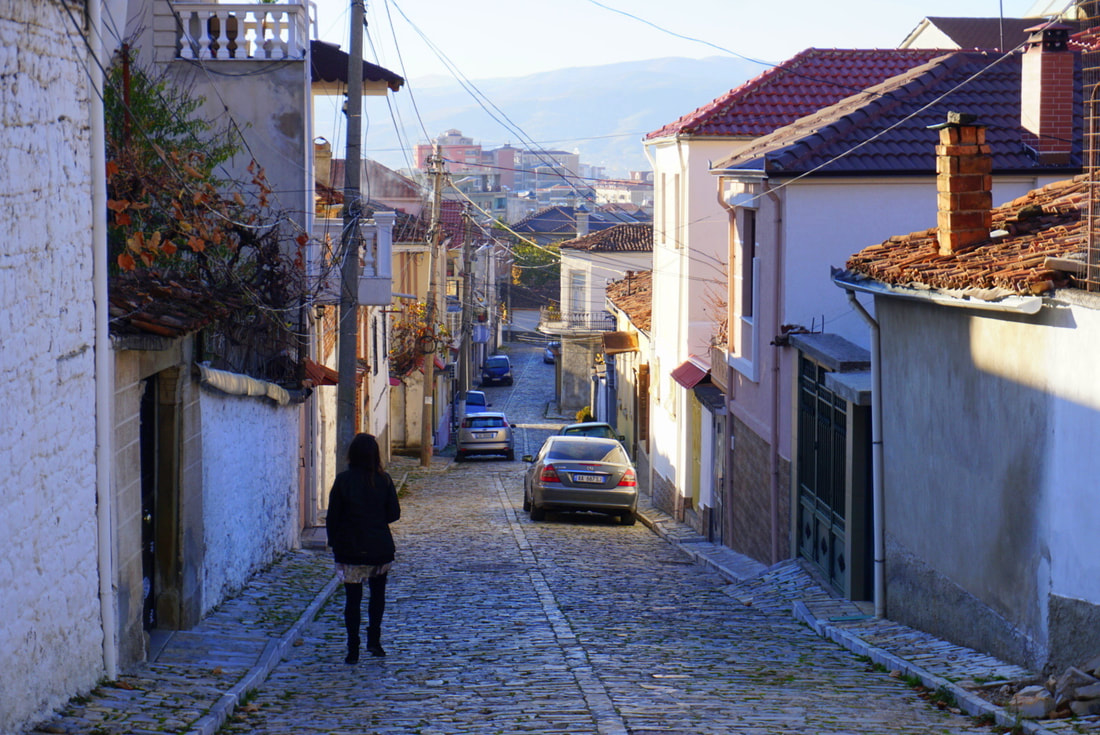 * A relatively complete overview of all sights and activities can be found on TripAdvisor… these lists include the ones I personally recommend. I purposely don’t quote entry fees, as they are bound to change over time. 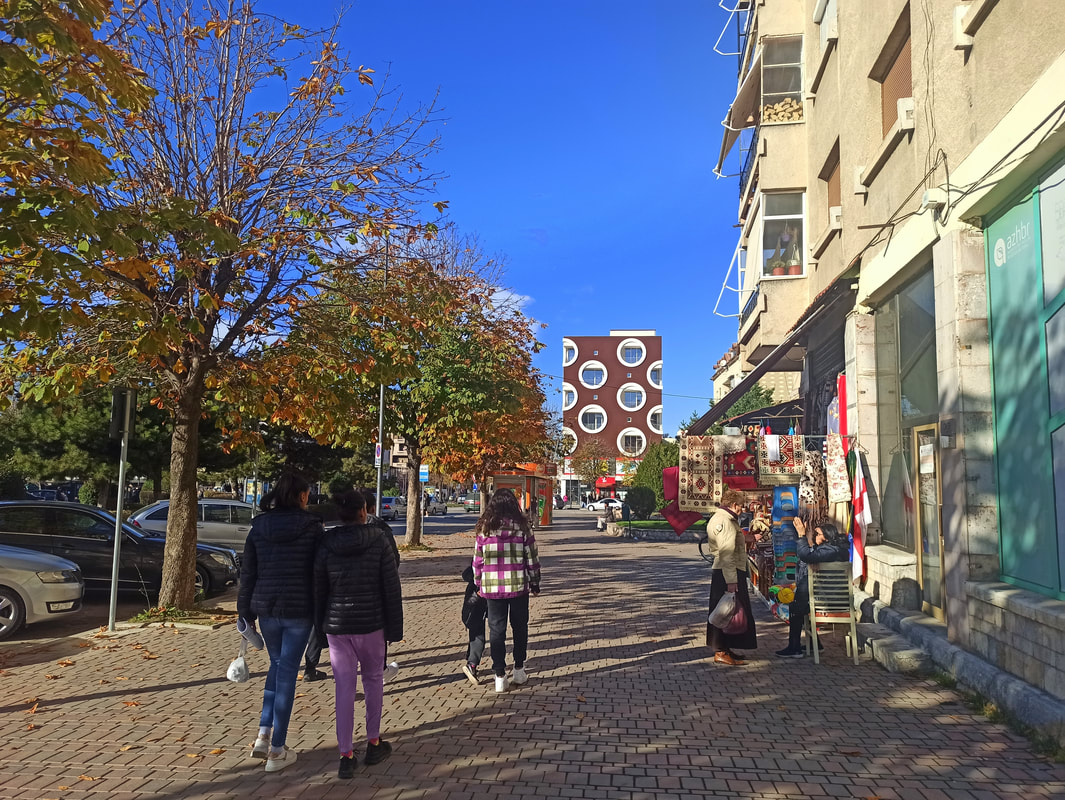 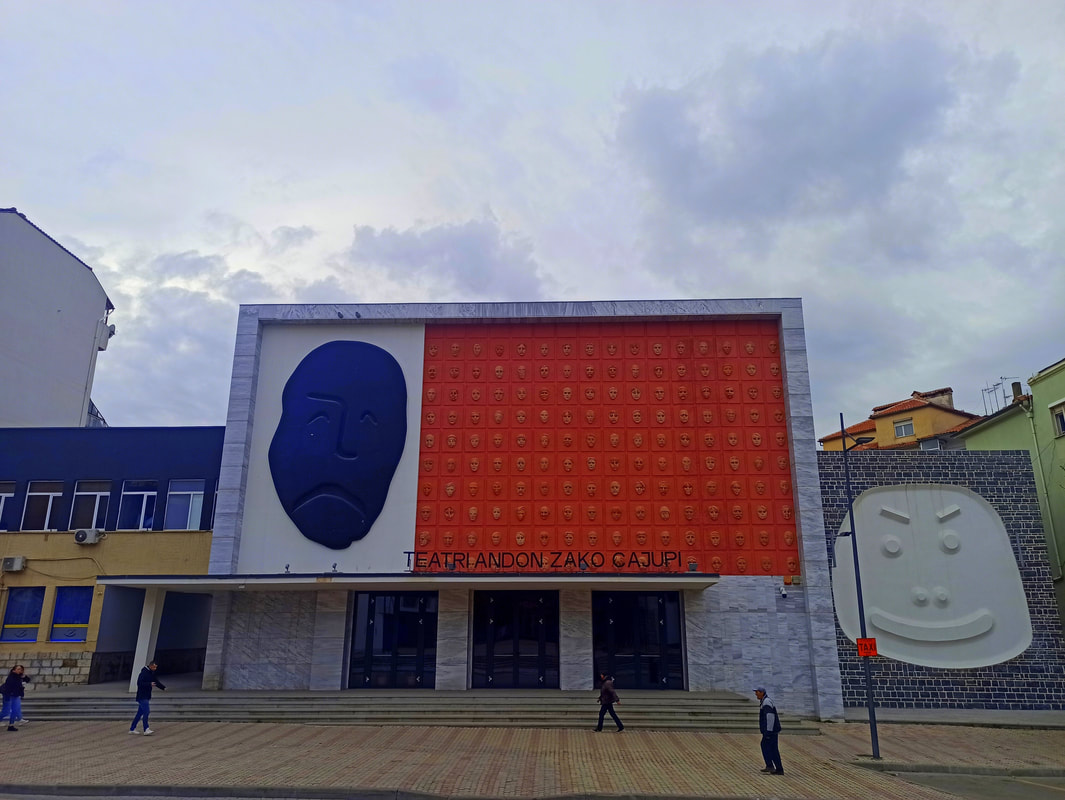 
Next?
​
In order to support the travelers’ community, I spend many hours per week to adequately document all information and advices for prospective visitors, accompanied by a (hopefully) entertaining insight into my personal observations and experiences. This service is and will remain free. However, if you voluntarily want to make a contribution and support my travels and thus the creation of new stories and information supply, here is the button you’re looking for:
Donate
Related:
- Get your Albania itinerary ready: Berat, Gjirokastër, Korcë / Ohrid Lake, Theth, Shkodër, Tirana, Mount Korab & the coast!
​​​- Check out Budget Bucket List's FAVORITE HIKING DESTINATIONS worldwide!
- Visit Balkan's finest: Montenegro's National Parks Blog, Kotor Bay & Lovcen NP and Cetinje, Podgorica, Prokletije NP and Montenegro's Coastal Towns Blog
- 10 typical Dutch celebrations no traveller should miss out on
​​- History preserved: Time capsule of Romanian culture Maramures
- Be about Bulgaria: Check off Bansko, Belogradchik, Plovdiv, Sofia and of course Veliko Tarnovo!
- Where modern meets classic: Vilnius, Lithuania
​- 8 ways to save money in Vienna, Austria
​​- German gems: Aachen & Frankfurt am Main
​- Europe's best skiing & hiking: Get your ass over to jaw-dropping Switzerland!
​- Budget Bucket List hitchhike trip to... Kosovo!
- Unravel the mysteries of Serbia
​​- Discover the splendours of Turkey: Istanbul on a Budget & Reasons to visit Edirne