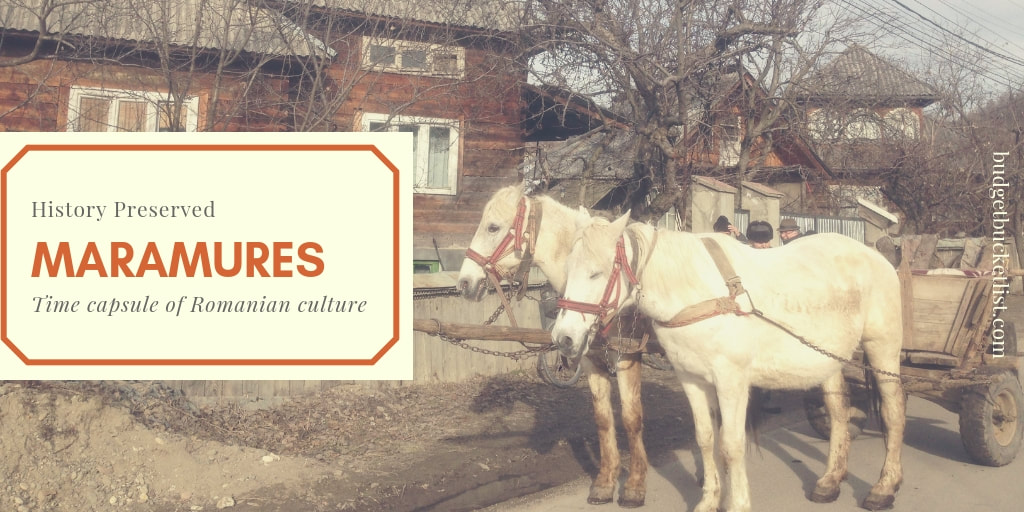 What tourist guidebooks recommend and what local people recommend are generally two entirely different things. Strange, as you’d think the pure core of a country lies in its people and the way they shape their culture and environment… It seems odd to direct visitor streams in search of a true taste of a destination to spots local people never even check out themselves, and which thus don’t represent anything they recognize as their own.

As such, I immediately altered my itinerary based on one suggestion that continuously popped up in any random conversation I had with locals, be it during one of my many hitchhikes, with fellow hikers or skiers in the Transylvanian mountains or over a glass of palinka or two: Maramureş.

All Romanians seem to have lost their hearts in Maramureş. A place they consider simultaneously the cradle and time capsule of what are considered the heydays of Romanian cultural identity. 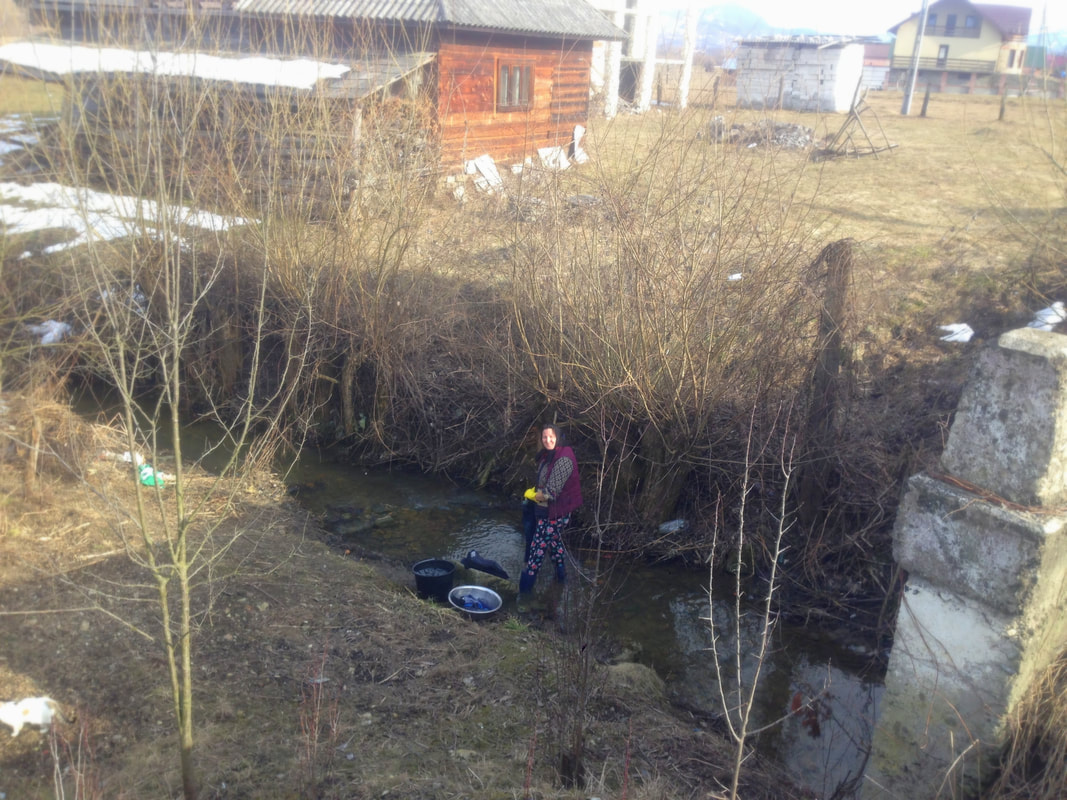 Too busy to read now? No problem, save it for later!
​Save on Get Pocket | Save in Browser Bookmarks| Save on Instapaper
Viseu de Sus

It cost me no less than 5 hitchhikes to make my way up from Cluj Napoca to Viseu de Sus, arriving just before the frosty night kicked in. But I was there with good reason… I had come to meet Adi. Adi? Yes, Adi, you know, from Adi’s Bar. Although you might adjust your western connotation of ‘bar’ right there, as in Maramureş this simply refers to a humble little cabin filled with old, ripped seats, smoke-stained paint flaking of the creaking walls and filled ashtrays on the wooden tables. The kind of bars I appreciate more than all that trendy bullshit. Friendly places where everyone knows everyone, football is always on and people have their well-deserved beer (or 20) with their buddies after a long day in the freezing fields.

I looked around me and noticed I was the only woman there. I noticed that everyone noticed. Because similar to Arabic cultures*, women attending bars are ‘no good’. “Lovely”, I thought while filling my glass to the brim, nothing as satisfying as destroying some stiff, caked stereotypes.

* In the traditional area of Maramureş, also headscarves are standard attire.
Want to really mute down an entire bar here? Tell ‘em you don’t believe in God either.

​
The day ended at Adi’s, and the new one started here again. Rather early, to some. At 7AM I heard men banging on the window, desperate to fuel themselves up for their soon-to-be-shortened days. I’m usually this passionate with coffee (not at 7AM though), but these men had something stronger in mind. Beer? Liquor? Go on, one step up… Medicinal alcohol (for cleaning wounds) has really taken off in Viseu de Sus, Adi entrusted me, supply hardly being able to match the escalating demand. And not because healthcare is such a fundamental value here…  but because nothing else gets you off your face more efficiently. Why waste precious glass-space on water or any other useless additions, if you can also swallow pure, cut-priced alcohol. True, the bright blue colour doesn’t look so appetizing… which is why local men filter the liquid through a slice of bread. Quite the morning ritual. At least it’s more mellow than the rather popular ‘bed powder’, a mix of rat poison locals fancy to snort here, causing you to dance several days in row until your heart might or might not give in. Maramureşeans surely know how to intensify the day (and as such, shorten life).

“But… why?”, I asked Adi, a man who went out into the world to obtain that bird’s-eye view most people don’t have when it comes to their own ways of life and comfort zones. “Because there’s nothing else to do here”, he shrugged.

There is. But then we’re back at those tourist guidebook highlights unrelated to any sense of place. Like the highly popular Mocanita Steam Train. Utterly beautiful, but 100% tourist-focused.
But travelling isn’t merely about checking off sights, or completing all possible activities. It’s about being, observing, absorbing.
Everything about this place seemed surreal to me. Or once real, in a faded out era straight out of a dusty, yellow-paged story book. Over a breakfast of bread with zacusca, stroked by the first kind sun rays of spring’s prelude, I observed laborers galloping towards the bar over muddy dirt roads on their horse-and-carriage… shouting to Adi for a liter of beer, which they swiftly swallowed leaning back in the bales of hay. Men and women with weathered faces chopping wood outside of their timber houses, escaping the night frost by burning fires in the basement by means of central heating. Back to times without middle men selling modern solutions, back to a 1-on-1 approach to life. 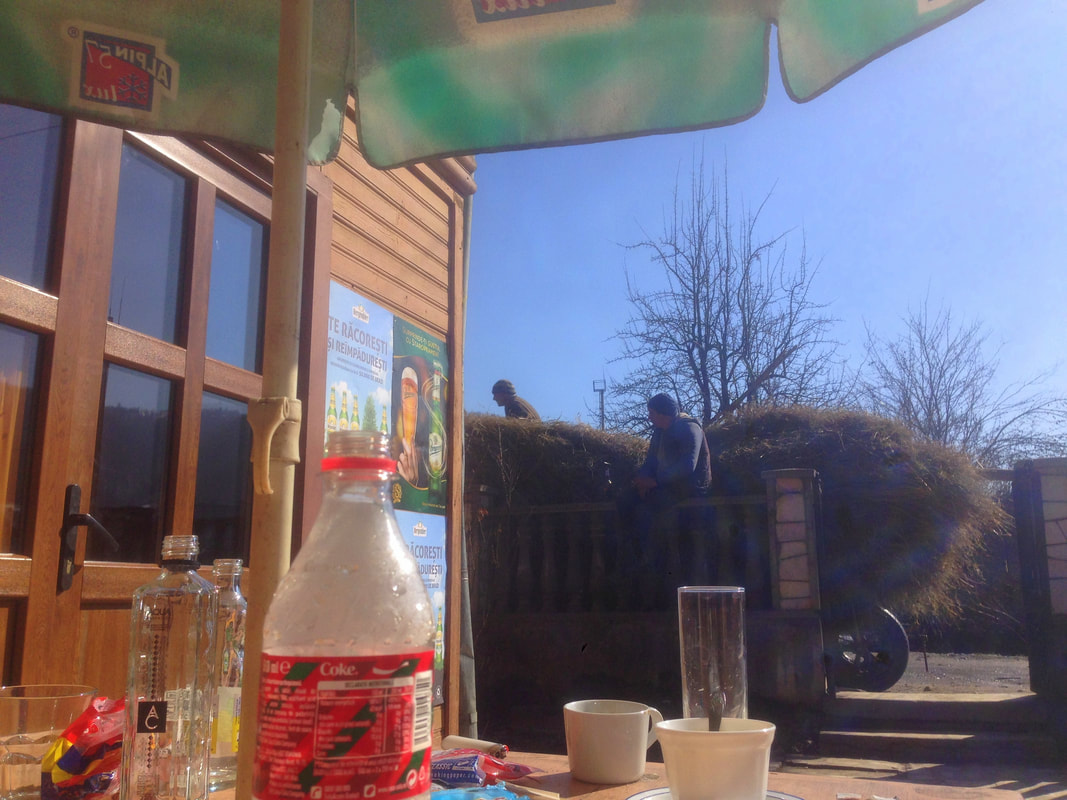 I started to get the hang of that whole time-travel-thing. Somehow that seemed what Maramureş is all about. Borşa, however, seemed a leap forward to the 80’ies. You know those brown’ish photos of people with big exploded haircuts sitting in squeaking wooden ski lifts without any safety measures whatsoever? That’s exactly Partia Prislop for you, and you can give this pleasant gentle slope a go by renting some gear out of a pick-up truck from some guy named Andrei or Vladimir.
More Maramureş skiing: Cavnic, Suior, Rarau, Malina, Mogosa -  check out the blog 'Romania's Top Ski Resorts'
​
Besides that, there’s plenty of other stuff to explore. I mean, sandwiched in between both the Rodna Mountains National Park as well as the Maramureş Mountains National Park (as well as only a stone’s throw away from the Țibleş Mountains) it’s hard to get bored. Adi and I decided to combat the snow during a hike to the Horses Waterfall. And I’m talking snow-in-the-buttcrack-deep.

“The water falls in several stages, offering magnificent views both in summer and winter, when the water is frozen.” – some pretentious commercial Romania promotion website says. Well, all I can confirm now is that that’s total bullcrap: the water was nowhere to be seen in the last bursts of winter. But hey, hiking here… once again, simply being here is worth the journey. 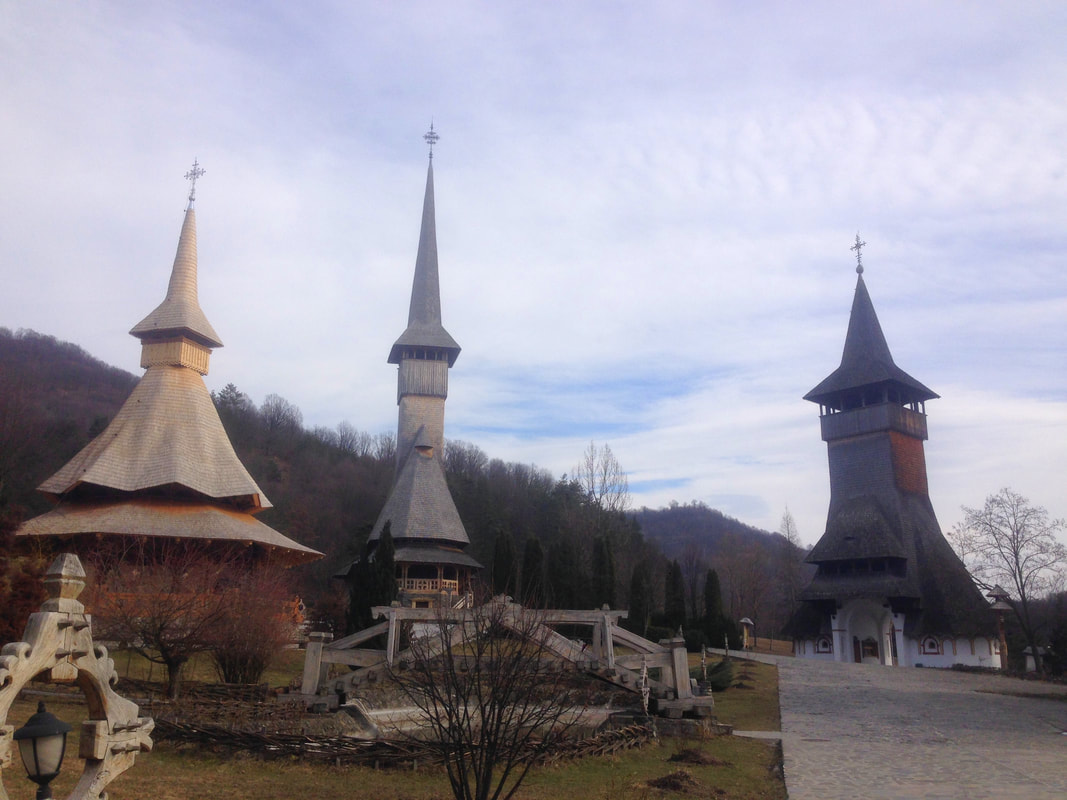 Okay, you visited your grandparent’s Interbellum times as well as the 80’s… but it’s time to go truly hardcore this time around: Bȃrsana. Yeah yeah, the Monastery containing the famous ‘Wooden Churches of Maramureş’ is really nice, UNESCO World Heritage even, but there’s something even more fascinating preserved here. You guessed it: Life itself!

While hitchhiking deeper and deeper into the countryside (don’t you think there’s something as developed as ‘public transport’ here), I decided to spend the last stretch walking. Walking and watching. Because as much as they stared at me, alien from some future galaxy, I stared back at them. Smiling.

Another place out of Romanian history, be it not the brightest part. Where once stood the Sighet Prison, now stands the Memorial Museum to the Victims of Communism and of the Resistance, remembering the many people that found their deaths here. People that weren’t referred to as people, but as ‘unwanted elements’ that don’t deserve a trial or a goodbye. Tortured, humiliated and dumped into anonymous graves without traces to relocate, simply because they were politicians, journalists or simple civilians that held another opinion than the ruling one.

I tend to not shy away from such places. I visited several Nazi concentration camps, the Cambodian Killing Fields, and bullet-filtered buildings where people such as William of Orange (Delft), Leon Trotsky (Mexico City) and Nicaraguan FSNL-combatants (Léon) were bloodily murdered. I even visited similar schools-turned-into-prison-torture-cells in places like Vietnam, Korea, Argentina and Chile. I do so because even though I generally chase rainbow and butterflies, they’re only visible by the contrast of darkness. Why avoid material manifestations built on the terrors of humanity, when all people do is feed their days with news flashes about more cruelty made possible by our own species?

I see it as a reminder to never fall victim to group thinking. Never sacrifice the independent mind for a longing to fit in or to follow. Confront yourself to stay alert, as times might change, but people don’t.
Săpanța

I like the attitude of the Romanians towards death. Remembering those who didn’t deserve it, but also lightly looking back on the lives of those who found it ended quite abruptly. By leaning too far into the wood chipper, or drunkenly driving a tractor off a cliff, for example. All reasons to have a good laugh, according to the Romanians.

The Merry Cemetery truly is an uplifting place, and nationally quite famous. I never giggled so loud at a burial ground, to be fair.
While sponge’ing up local life approaches the experience of a local identity more accurately than checking off sights, nothing approaches local life itself more accurate than the outlook on death.

Ehhhmmm... what was that dude on the right doing when he died?

​
From Adi’s smokey bar I moved to Ede’s Salt Room, designed to give asthma patients a good breather. Couchsurfing gives local experiences of all natures, destroying comfort zones and simultaneously expanding them to a global level:

Officially not Maramureş, but close enough and on the way to both Hungary and Serbia: Oradea. A cute little town forming the perfect pittstop on the way to foreign lands or looping back into more Romania (and a shoot-out hotspot every now and then, as the photo below proofs). But not much more than that:
But focus on Maramureş. That’s where it all began and delightfully refuses to change.