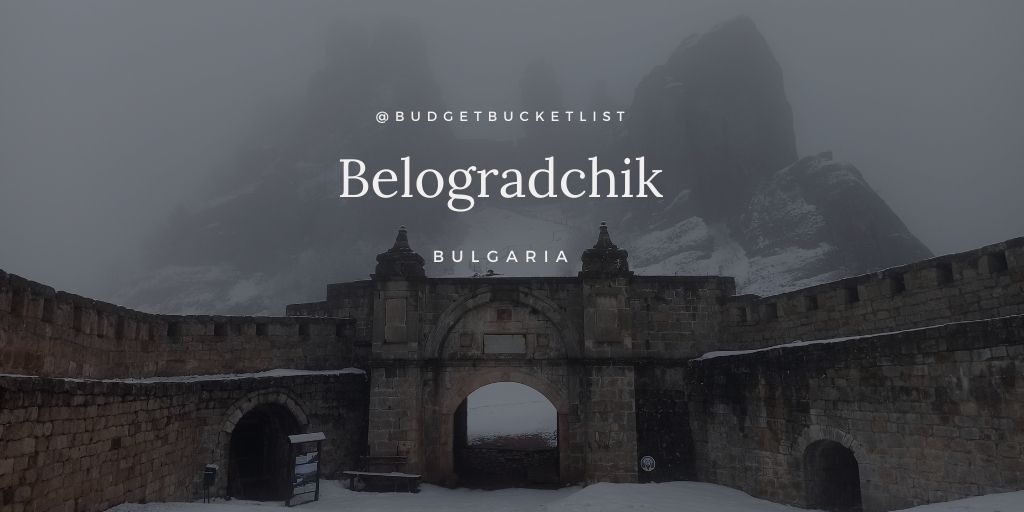 Not in the story-mood? Scroll down for the Quick Budget Fact Overview: an itemized information summary of Veliko Tarnovo! ↓
I won’t blame you if you never heard of Belogradchik. Quite frankly, I had never heard of it either, even though this was already the second time I set foot in Bulgaria. It was in fact my travel companion who in between conversations randomly name-dropped this destination, loosely mentioning its placement on the tentative list of UNESCO World Heritage, as well as its nomination for the New 7 Wonders of Nature. It’s impossible to plant that seed in my brain and expect me to ignore it… from that moment on I had to go, even though I was running out of time and this destination was located in the far upper corner of the country, 3 hours (x2) out of the way with nothing around.* Thorough travel sometimes demands dedication.

​
* Unless you’re on your way to Serbia or Romania. But I had been in both of these countries already, twice. 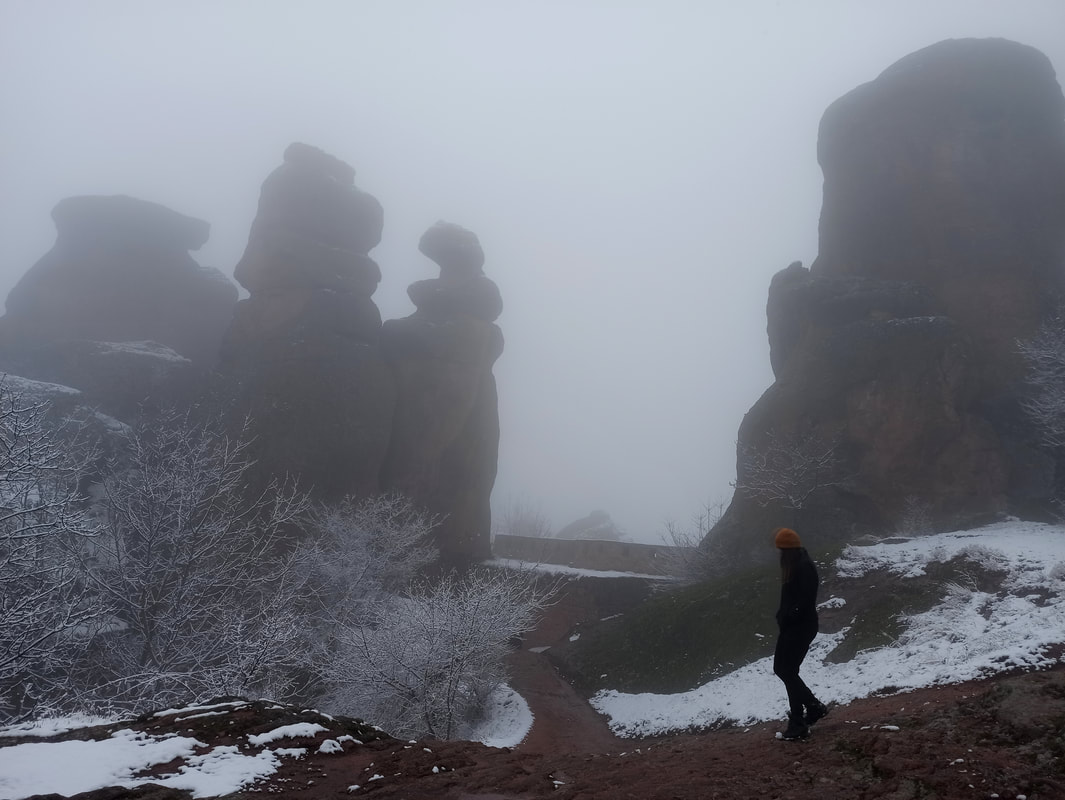 So what makes this destination so special? Why sacrifice all that time and energy for a quick sneak-peek into this remote place on earth? Because it doesn’t feel like a place on Earth to begin with! The bizarre, odd-shaped pillars unsuspectedly rising out of the land leave you feeling slightly unsettled and confused. It’s like visiting Meteora, but more intimate and obscure… the fortress tucked in between the rocky claws adding to the sensation of having entered a gloomy alien empire.
​
The formation of this almost extra-terrestrial landscape finds its origins in the Permian period, which dates almost 230 million years back. During these times, the earth deformed into large folds (creating the Balkan Mountains), causing the core of the surface to crack and ruptures to appear in the landscape. At a later stage, during the Triassic period, the area got covered by a shallow sea, allowing these formed cracks to gather gravel, sand, clay and sediment… piling up into thick conglomerates of sandstone. Over the course of time these constructions were firmly cemented. Once the region turned into dry land again and the surroundings of Belogradchik started rising, water and wind erosion did the rest, shaping the peculiar-looking pinnacles as we can witness them today. The Belogradchik Rocks cover a territory of in total 50 square kilometres, reaching altitudes from 250 to 620 meters. 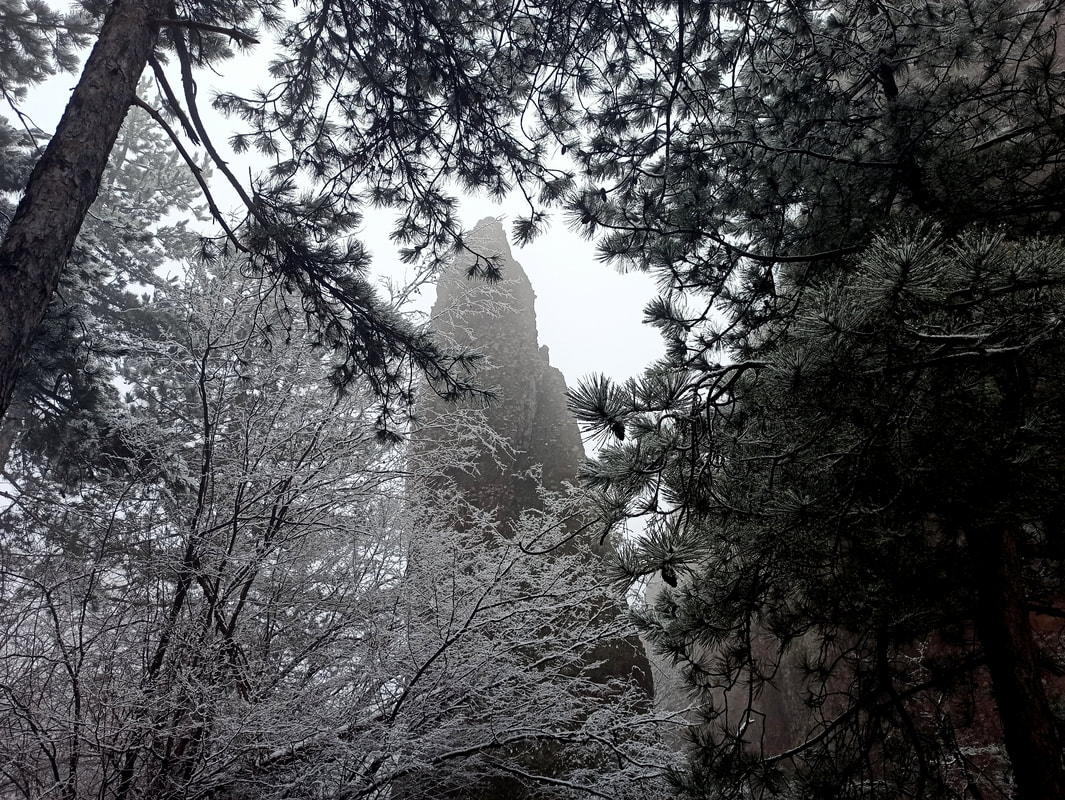 Of course: Tucked in between the intimidating Belogradchik Rocks one can find an ancient fortress. It’s only to be expected when looking at the strategic location, optimizing the inaccessibility with its protective, defensive and observatory advantages. The first origins of the fort trace back to 1-3AD, when the Roman Empire was dominating most of Europe. During this time, only several fortified walls were added, as the rock formations already provided sufficient natural protection. At a later stage, the Bulgarian Tsar Stratsimir expanded the fortress into one of the region’s most important strongholds. However, when the Ottomans absorbed the entire Balkan, the structure was partially destroyed and rebuilt to match Turkish standards. European elements were added to it when French and Italian engineers were employed for further expansion. Since then, the fort played a role in the Bulgarian uprising against the Turks, the Russian-Turkish Liberal War and lastly, the Serbo-Bulgarian War. Nowadays, the fort is still largely intact and was restored where needed, providing a vivid look into its turbulent history. 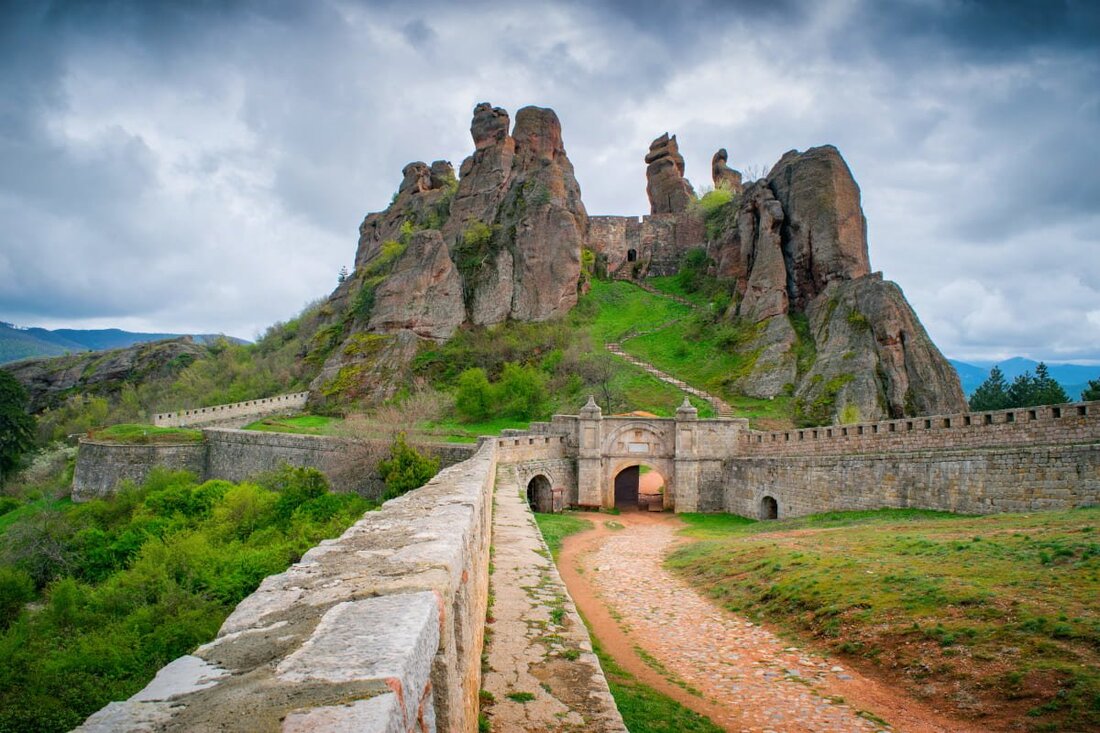 Belogradchik on a sunny day - unlike my visit  [Photo by Triptipedia - a commercial website selling tours while representing themselves as non-profi organization towards bloggers and photographers, so they can use their stories and photos without paying them.]

It only takes a swift look at the eccentric forms of the Belogradchik Rocks to understand its inspiration to an endless array of legends and fantastic folk tales, hinting to whatever shape they seem to resemble.

Some of the most popular ones:

There used to be two monasteries between the Belogradchik Rocks: a convent and a nunnery. Sister Valentina housed in the latter, her robes unable to cover her incredible beauty. The rumors spread quickly, and soon enough a young shepherd named Anton popped up at night to reveal his love. Valentina quickly forgot her vows when discovering these new feelings of passion, and one night she hung down a rope from her bedroom. The affair couldn’t stay hidden for a long time, as soon the cries of a child were heard in the nunnery. Sinner Valentina was cursed and chased away despite her heart-breaking objections. As the nun was on her way out, a miracle happened. God, the witness of this unblemished love, sent storms, lightbolts and earthquakes, opening up the Belogradchik Rocks and laying the monasteries in ruins. The Monks, Valentina (the Madonna) bending over her child, and Anton the Horseman were all turned to stone.

Once upon a time… there lived a schoolgirl in Belogradchik. Not surprisingly, also she was known for her astonishing beauty. The girl fell in love with a young hammersmith, and they kept meeting up near the Subashin's spring. However, the head teacher (the dervish) was quite jealous of this pure love. One day, he stayed covered near the spring until the girl arrived and he jumped out to attack her. She wrestled herself out of his hands and started running towards the rocks. All of a sudden a bear appeared, causing the girl to throw herself at its feet. She would rather be devoured by the bear than die by the hands of the hateful dervish. At this moment, a miracle occurred. A loud thunder was heard and the day turned promptly into night. When the light returned, all had turned into stone. (Somehow this god enjoys punishing the victims as well). 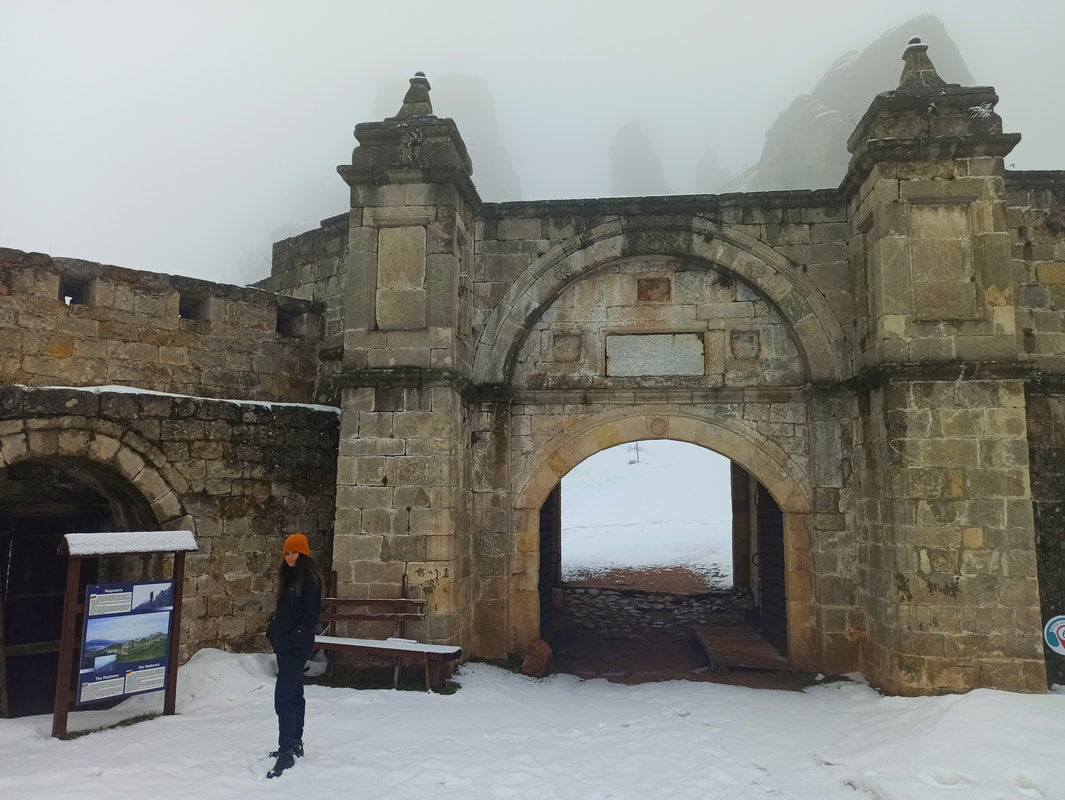 This stone played a role in measuring the bravery and strength of the young men of Belogradchik, who tried to ascend it as fast as they could. The winner would be rewarded with quite the price: He could take the most beautiful girl as his wife. In this tale, Bozhan the shepherd had proofed himself the fastest, and he pleased himself with the idea to take the pretty Elka as his brand-new spouse. However, when the happy day had arrived, he learned that the Ottomans had captured the poor lady. Therefore, he kept climbing Boro’s Rock on a daily basis, because it overlooked the Turkish basecamp, and played a sad tune on his flute to commemorate his lost love. One day, Bozhan got so absorbed in his flute play that he failed to hear the call of the ram in his herd. The animal got so furious it pushed Bozhan off the rock. Allegedly, in his push the ram fell off the cliff in the process, and the entire herd with it (?). Likely story.

This legend involves the three sons of a rich but generous couple: Radul and Blaguna. Warm-heartedly they shared everything they had with others. The only thing they missed to complete their happiness was a child. One day, after they had provided food and shelter to an old poor woman, Blaguna received herbs for a magic potion granting her an instant pregnancy. Soon she gave birth to three healthy baby brothers: Stamen, Kamen and Dragoy. Some sour noble men of the village could not bear the happiness of this family and plotted to kill Radul and his sons and rob them of their fortune. Sadly, they succeeded. However, after their deaths three rocks promptly rose out of the earth… The triplets menacingly shed their shadows above the murderous noble men, who as such were forced to face them every day and remember their macabre deed. Shorty after, the noble men were driven mad causing them to take their own lives.


... Can you find the rocks behind the legends?
Quick Budget Fact Overview 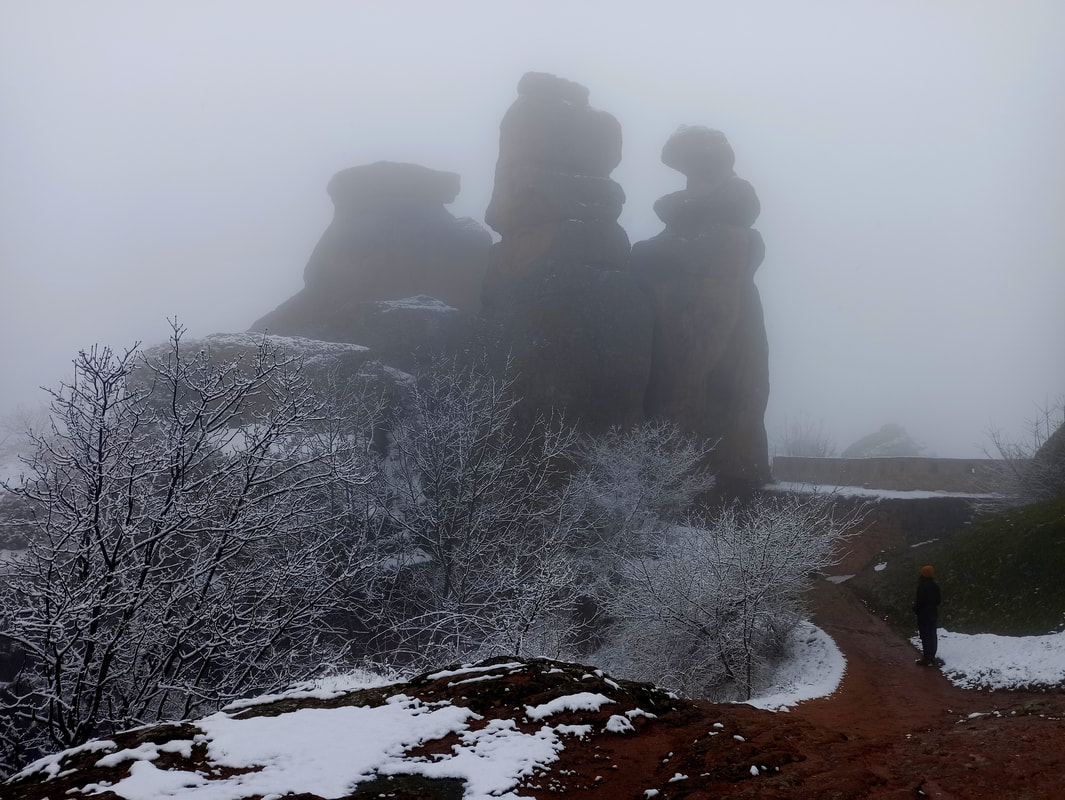 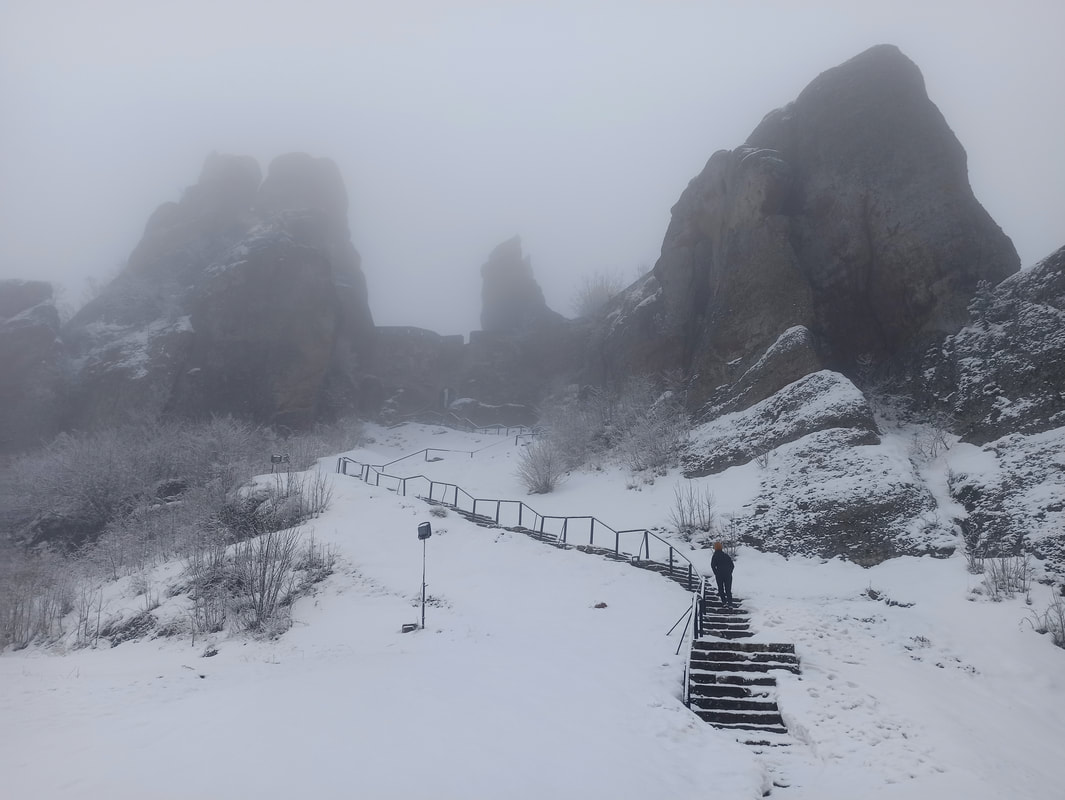 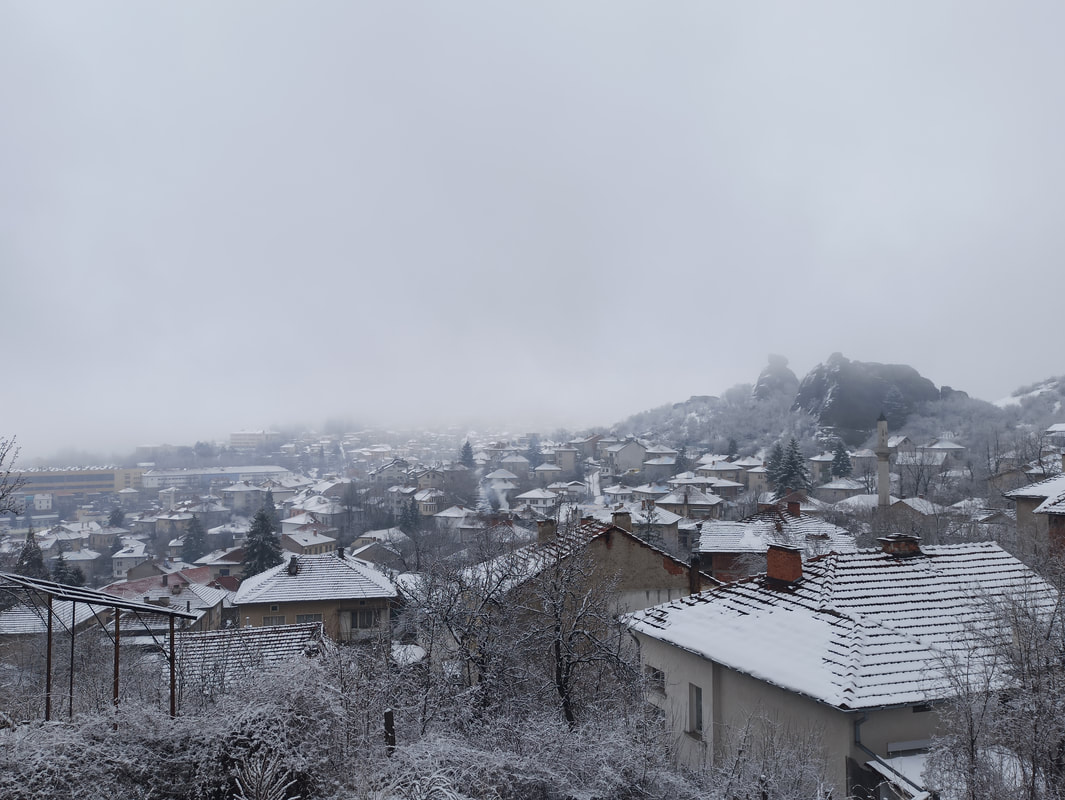 
Next?
​
In order to support the travelers’ community, I spend many hours per week to adequately document all information and advices for prospective visitors, accompanied by a (hopefully) entertaining insight into my personal observations and experiences. This service is and will remain free. However, if you voluntarily want to make a contribution and support my travels and thus the creation of new stories and information supply, here is the button you’re looking for:
Donate
Related:
- Be about Bulgaria: Check off Bansko, Plovdiv, Sofia and of course Veliko Tarnovo!
​- Romania's Winter Wonder Land: Sinaia & the Sibiu Region (and sleep in an igloo!)
​- Europe's best skiing & hiking: Get your ass over to jaw-dropping Switzerland!
​​- Check out Budget Bucket List's FAVORITE HIKING DESTINATIONS worldwide!
- Visit Balkan's finest: Montenegro's National Parks Blog, Kotor Bay & Lovcen NP and Cetinje, Podgorica, Prokletije NP and Montenegro's Coastal Towns Blog
- 10 typical Dutch celebrations no traveller should miss out on
​​- History preserved: Time capsule of Romanian culture Maramures
- Get your Albania itinerary ready: Berat, Gjirokastër, Korcë / Ohrid Lake, Theth, Shkodër, Tirana, Mount Korab & the coast!
​- The 3 golden rules to travel Sofia on a budget! & Why you shouldn’t miss out on Plovdiv! [Bulgaria]
- Where modern meets classic: Vilnius, Lithuania
​- 8 ways to save money in Vienna, Austria
​​- German gems: Aachen & Frankfurt am Main
​- Europe's best skiing & hiking: Get your ass over to jaw-dropping Switzerland!
​- Budget Bucket List hitchhike trip to... Kosovo!
- Unravel the mysteries of Serbia
​​- Discover the splendours of Turkey: Istanbul on a Budget & Reasons to visit Edirne