As I am a sucker for national parks I decided to travel up from Pisco Elqui to Copiapó, as this was close to the Nevada Tres Cruces, Laguna Verde and Ojos del Salado. I knew it was hard to get to these natural treasures, but as I wasn’t keen to do the 1256 KM ride to San Pedro De Atacama in one sit I thought I might give it a go. Well, it seemed like the whole universe worked together to give me all the signs that I shouldn’t take on this mission. First, the guy who drove the minibus from Pisco thought it was great fun to stick to 35KM/h, so it took me twice the time to get there. Honestly, walking would be less frustrating.

I mountainbiked all morning (and crashed because I had a dog between my wheels, check the Valle Elqui blog) and just had one avocado for lunch. I had seen at least five bakeries at the La Serena bus station though, so I thought I would be fine to get some food before I took off. Think again. The moment I set foot in the bus terminal all bakeries closed and refused to sell anything to a starving female. Why? No idea, it was 4PM and siësta was long gone. My bus was leaving in exactly two minutes and missing it would mean waiting two extra hours in La Serena and an after midnight arrival in Copiapó. Great, so I had one avocado for lunch, and would have a few crackers and a cookie for dinner. At this point I was so angry that I could set a tree on fire by merely looking at it.

This was not a great start of my Copiapó adventure right? Well, it’s about to get worse. I was seated next to a baseball player, and he wasn’t even pretty. He was not only pushing me against the window with his body mass, he also had a problem with his intestines. Yup, he farted the whole way through. And of course, the estimated five hours is determined in South American perception. The real duration of the trip was seven long smelly hours.

Then, when I arrived at the dodgy Copiapó bus station and decided to take a cab for my safety, no one ever heard of the hostel address I found. I begged the Pullman bus company to use their Wi-Fi and figured out that this place was located in another Copiapó. I did find another residency though, recommended by the Lonely Planet. Why? No one knows.

Once I entered the establishment I saw some guys smoking (crack?) and playing cards. It were the kind of guys that make you turn around in little alleys when you see them. Silence fell when I started talking, and they looked at me like hungry lions after a piece of fresh meat was just thrown at them. I didn’t want to wander around in the dark to find another hotel, so I accepted the dorm which I had thank god for myself. Chewing gum stuck to the wall, and I stared at the countless indefinable spots. The owner had to admit the rooms smelled like a fine combination of feet and unwashed genitals, so she used some spray. I always carry a silk sleeping bag from Vietnam with me to protect me from gross places like this, so I got that out.
​
There were no lockers… the door didn’t even have a lock, so I grabbed the 90’ies television to barricade the door. And a chair. And another bed. While doing this I listened to the loudly expressed sexual fantasies I apparently triggered in these guys heads (my Spanish is good enough to understand the nasty words). 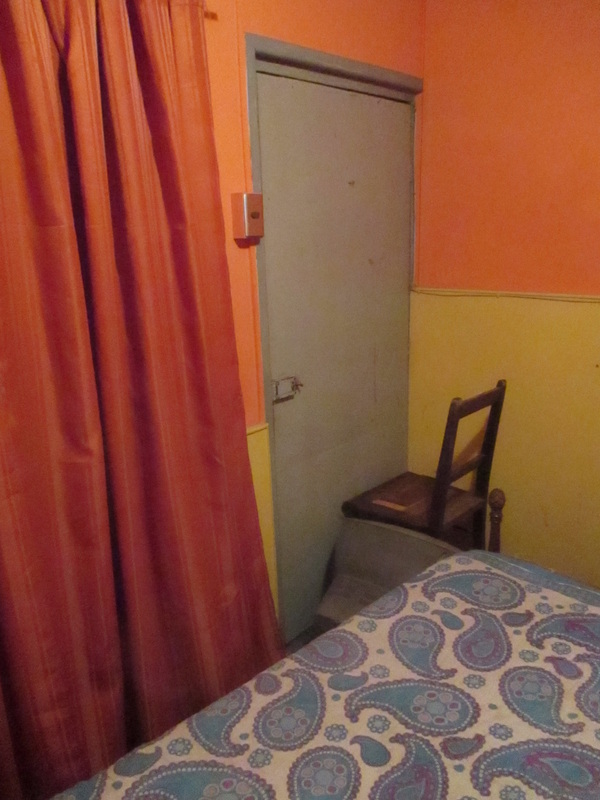 ​Determined to leave first thing in the morning I wrapped myself in the silk sleeping back and pretended I was in a pink castle, where hunger doesn’t exist and naked Abercrombie & Fitch models polish my toe nails. The moment I almost passed out I heard a suspicious sound. Someone whispering and knocking? Was this meant for me? I saw shadows moving before my curtain and immediately sat straight up in bed. Yes, someone knocked on my window and well, offered me oral pleasure. I switched on the lights and started talking Dutch to myself out loud, pretending I was on a phone call. The knocking stopped but the shadow was still there. The whole night I left the light on, stayed up and Skyped until my phone was out of battery, so at least someone would witness it if something happened.

At some point I started hysterically laughing, alone in my barricaded room. Unbelievable, what the hell am I doing here? Where did I get myself into? Oh oh oh, welcome to the romantic life of a solo female backpacker, with all its ups and downs. 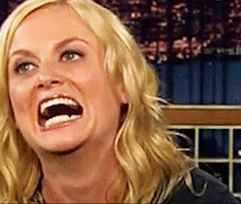 Photo credits: 1 - 2 - 3
In order to support the travelers’ community, I spend many hours per week to adequately document all information and advices for prospective visitors, accompanied by a (hopefully) entertaining insight into my personal observations and experiences. This service is and will remain free. However, if you voluntarily want to make a contribution and support my travels and thus the creation of new stories and information supply, here is the button you’re looking for:
Donate
Related:
- Escaping an armed gang-rape in Valparaíso, Chile
- The most dangerous border crossing of South America
- Getting robbed in Brazil
- Getting robbed in Argentina
- Couchsurfing with several men searched on Interpol
- Volunteering in a school aimed at HIV-infected children from the slums, Honduras
​- Corruption and misery at the border, Honduras
- Couchsurfing with a 'gangster' in Belize
- Couchsurfing with someone threatened by gangs in El Salvador
​​- A volunteership with a psychotic woman & getting drugged in Granada, Nicaragua
​- When a WorkAway project gets seriously weird: Isla San Cristobál, Panamá
- An abusive hostel owner & a pornstar: my volunteership in Boquete, Panamá
- The worse place to go to in Mexico: Cancún
- When traveling goes terribly wrong: Gibraltar
- Where you shouldn't go to for holidays: Kaunas, Lithuania
- Digital Danger
​​- A little sneak-peek into North Korea!
​- Budget Bucket List hitchhike trip to... Kosovo!