With some gentle memories in my back pocket I found myself posting at the frozen streets of Bariloche, waiting for a ride to my next adventure. A worried mother brought me to the highway, warning for all the boogiemen on the road and their dark plans. From that spot, another solo female hitch-hiker and I made the first car passing by stop with squeaking wheels… Soaked to the bone by the instant rain storm we willingly accepted the swift ride to El Bolson, a place I visited literally 1 day before to head back to Bariloche again afterwards. Yeah, my travel route doesn’t always make sense. That said, this delightful section of Ruta 40 never bores: freshly snowed mountain summits, endless fields of emptiness with just vegetation and hills as far as the eye could look and the eroded faces of smiling Gaucho’s crossing the copper-colored pampa’s followed by hurling vapor of dust to add to the drama. After an economical backpacker-supermarket-lunch.

I jaunted to the village’s exit and held up my freshly fabricated carton with that day’s destination scribbled onto it: ESQUEL.

In about 3 nano-seconds a white delivery van halted, dropping me off at the exact address of Couchsurfer Agustín. 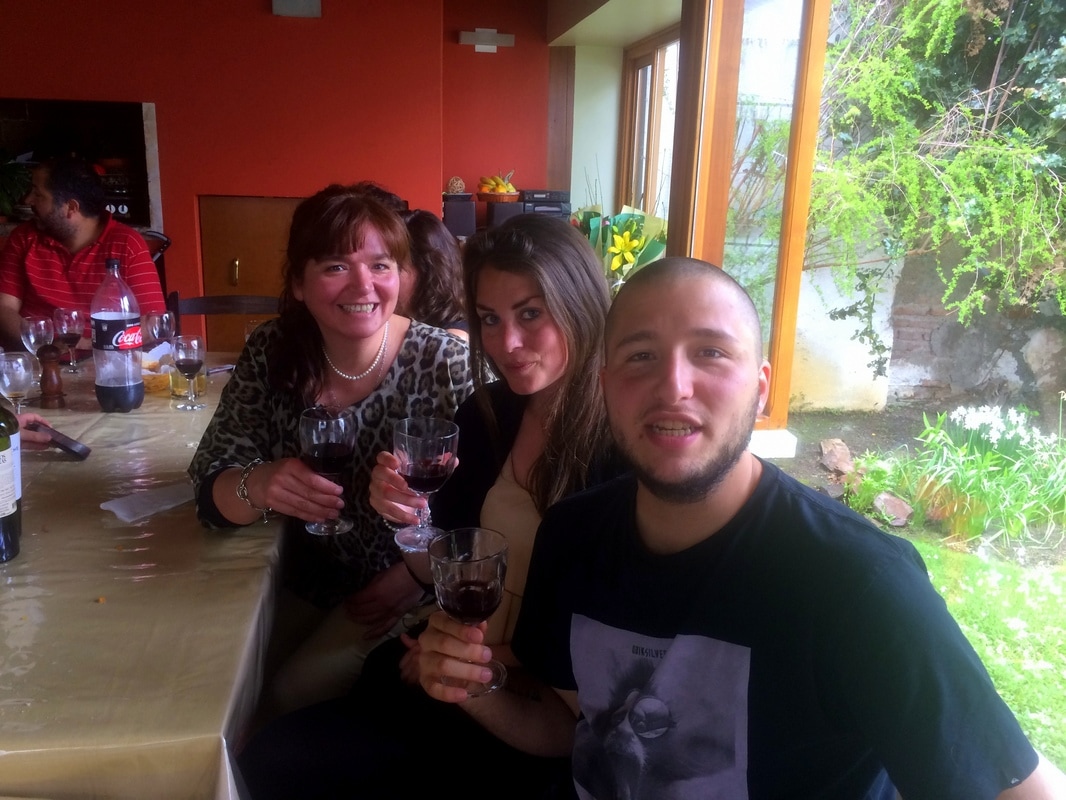 There was a reason I messaged this particular guy in order to stay with him: the good man, opposed to 99,99% of his compatriots, is a vegetarian. So in order to not waste any more time we immediately cut to the chase and plundered the supermarket with all the ingredients necessary to make a proper feast: home-made bread with hummus from scratch, vegan banana ice-cream, eggless gnocchi’s, bean stews… I knew I found my culinary audience. 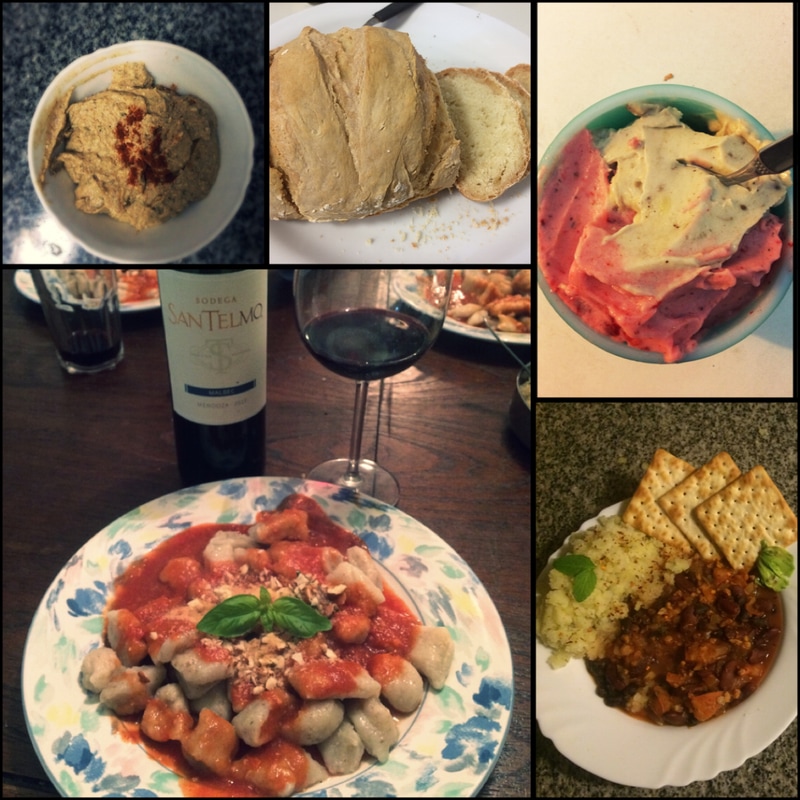 Half-chewing Agus told me he unfortunately had no time to join me on excursions as he had to find work, and quick. 7 months ago he accidentally knocked up a stranger and even though he’s a single 24-year-old hedonist still living in with his caring mother, he is going to take on all the responsibilities as a dad.

And what’s a better day to put this bright new future into practice than with Argentinean Mother’s Day?

After I woke up with an exploded dripping face caused by my savage dog allergy and let his literally maniacal dogs throw me on the floor with their ludicrous jumps, I prepared to join their local family celebration. Which basically means eating. Eating a lot.
Unless you’re vegan, because there won’t be anything for you. Luckily Agus and I had prepared some salad and an extra kilo of hummus, that was eaten away by the carnivores as a ‘side dish’. But honestly: I didn’t mind the wine for the entrée, main course and dessert at all. A very pleasant get-together, I almost found myself dancing on the table after this ‘grape salad’ overload.

We returned to the house find that his dogs ate a big chunk of my luggage. My flip-flops, laundry bag, towel and socks were utterly destroyed… and I can’t imagine walking comfortably in my underwear with the crotch ripped out. Veganism 2.0, the animals started eating me now. 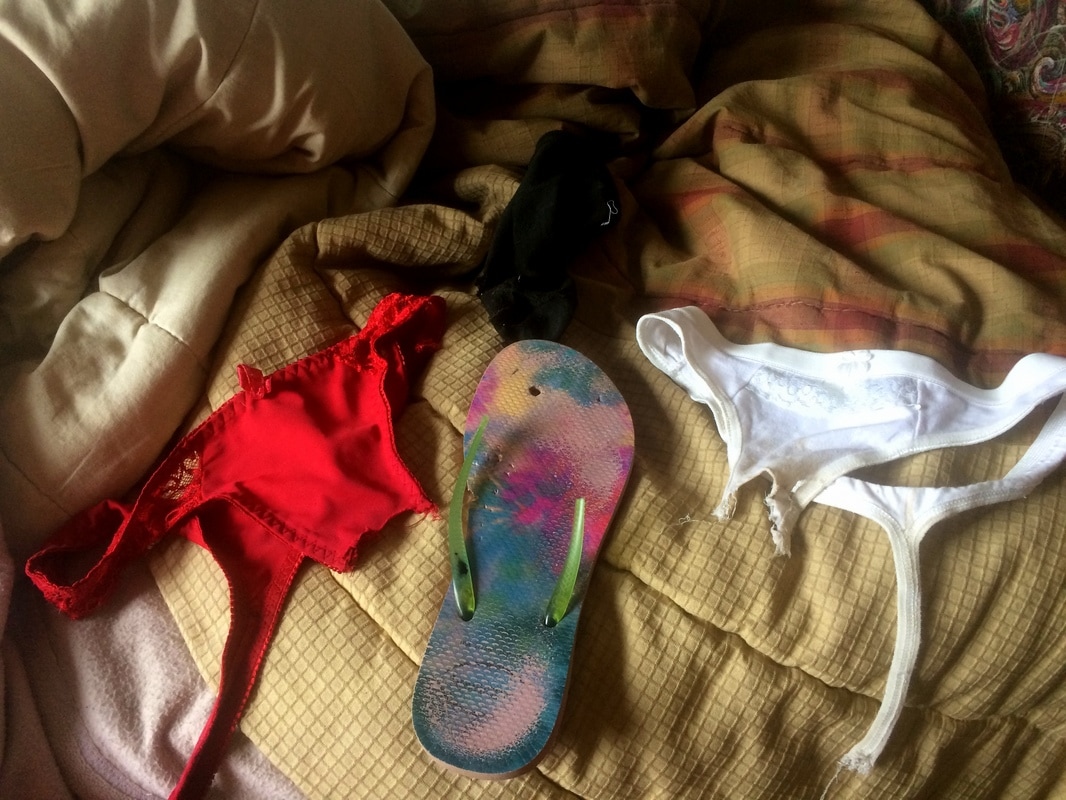 ​To process this material loss I sought the comfort of the hills, were according to my city map a lush lake was located. Hiking up the Z-shaped roads I arrived rather rapidly at the obviously-named Laguna Zeta, which probably is best visited at a mellow summer day.
​I stared at the hardly visible snow-peaked mountains almost entirely covered by the looming rain clouds, the peace disturbed by the roaring sounds of passionate motorcrossers… Oh well. At least my poncho wasn’t eaten yet, keep a positive mind.

After I visited the very well-organized tourist office I understood my options for the next day were either a trek to the striking Piedra Parada or a hiking expedition in Parque Nacional Los Alerces. As the first one requires a two-day camping trip (and I learned by recent experience that snow and rain are not the ideal conditions for an adventure alike), I went for the second choice presented. However, in low season only 3 buses a week head that direction and the absent traffic makes hitch-hiking a no-no… but wasn’t I a lucky lassie?! The family of my host happened to own a wooden cabaña right in the national park, and Agus had a set of keys.

Jackpot!
​Forgetting his quest for employment we stocked up on food and raced down into paradise. A big rustic chalet made of wood and cozy stones, a crackling fireplace and a kayak in the corner to explore the Futalaufquen Lake bordering the outdoor barbecue… this place is everything you imagine when you think of a forester log cabin. It was perfect. The weather absolutely wasn’t though, but I didn’t let that stop me.  When Agus went for a siësta I went for a walk… a good and long one. As it was low season (no season) the lake was all mine.

Birds flew only for me to see, in inseparable pairs, squeaking at the sound of my footsteps. I even spotted the rarely seen pudú-pudú, family of the deer. The beauty was immeasurable. I zigzagged through virgin forests, jumped over rivers and entertained myself with building a dam functioning as a temporary tottering bridge.
When lying with my eyes closed on a tree trunk I listened to the echo of the words once spoken to me by a North-American woman in Colombia. With tears in her eyes she asked me “my last few months of traveling were so incomprehensibly beautiful, why can’t life be a bit more like this?” It can be, this is the real life, more than any capitalist imitation will ever be. It’s also a conscious decision, not something that just happens to blow your way if you’re lucky… there are too many institutions preventing that from happening. It’s a life decision that comes with a fair amount of sacrifices, but with unimaginable rewards.

When I returned to the log cabin, tired and satisfied, I found Agus sitting in front of the fireplace, sipping at a glass of wine. As it’s hard not to join in I filled my cup and followed the warmth of the glowing fire. Such a situation inevitably entices a sense of brotherhood bringing up fundamental life-stories. When he noticed me reading his tattoo, “Una chica en el cielo vive en mi océano salvaje” (a girl in the sky lives in my savage ocean), he revealed how his sister’s life came to a brutal end two years ago.
​Slowly a smile appeared on his face when he mentioned he would know the gender of his unborn child in two days. Helping himself to another glass of splendid vino tinto he grabbed some dices and asked me if I was ready to be defeated in a game of Yahtzee.

As it took until 2AM to win from me ((just joking) the morning was rough and ruthless. Nevertheless, I grabbed my backpack for a daytrip in the village of Trevellin, traveling together with the 2 hitch-hikers Agus and I picked up ourselves. People had told me this place was very very tiny and I can indeed verify this information.
* Explanation photo: 8 Marzo, the 8th of March, is International Women's Day. The mural says "8 de Marzo no me digas feliz día, levantate y lucha conmigo" - the 8th of march doesn't mean a happy day to me, get up and fight with me...  which refers to the high rates of femicides in Argentina, which recently caused national and international outrage and protests.
​
​In 20 minutes I finished the ‘city walk’ the friendly man in the tourist office planned out for me. I noticed the English tea houses and street signs in a language I didn’t understand and therefore headed to the very well-done local history museum (Museo Regional Molino Andes) to see what’s up. The entrance price was 80 for foreigners, 50 for nationals and 30 for national students, so I decided to go for the head price. Not only am I the most obvious foreigner with my  blue eyes, patched backpack and rolling ‘r’, I also graduated university at a pretty young age six years ago and the photo on my student pass is ten years old… nevertheless, I successfully succeeded. In my best Caste-sh-ano I shouted “¡Che, una bi-sh-ete para una estudiante nacional porrrrrfa!”and for some reason I passed the test.
​This great maintained museum is an excellent source of self-education about the local (apparently) Welsh history of European settlers. From countless China Towns to the more German-than-Germany-colony of Villa General Belgrano, you can travel to all edges of the world within Argentina.

Back ‘home’ I met up with another Couchsurfer, Braian, who very possibly turned out to be the most beautiful man of Esquel. With a thermos in his right hand and a wooden cup of mate on the left, he guided me through the poorest part of town telling me about the ongoing protests against the contaminating gold mines bordering the town.
While his dark curls danced on the music of the wind, hours were softly blown away… and before I realized it the clock reminded me of midnight, just after I finished his home-cooked meal at a proper Argentinean dinner time. Time to go again…

“… Still the clever north wind was not satisfied. It spoke of towns yet to be visited, friends in need yet to be discovered, battles yet to be fought…”
[Chocolat] 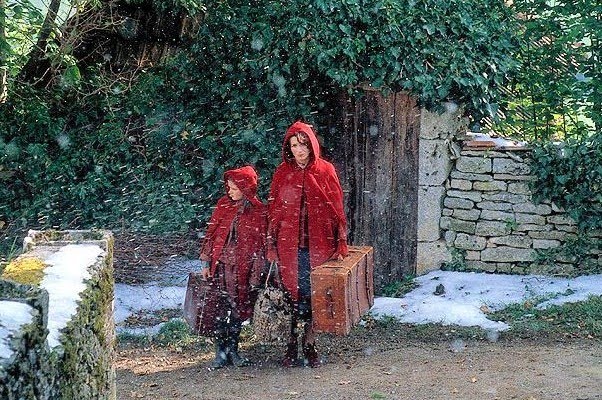