"I can’t think of anything there I would recommend seeing." [Frans Photos]

“Podgorica is a hole [...] Abandoned buildings, graffiti, potholes, overflowing bins. In some cities in the Balkans I have found those things give the place an edgy feel, rough edges of a gem. But here in Podgorica they just seem depressing and I interpret it all to mean that even the citizens have lost faith and given up on a city they show no pride in." [Time Travel Turtle]

Only after I booked my stay in Podgorica, I read up about what you could actually do there. Apparently, not much. Probably just like yourself, blog after blog after blog I read about how excruciatingly boring this city apparently is, and that it's not even deserving of an overnight stay. Great, I booked 6 nights!

However, zero expectations, even a negative bias, form a great state to be in. The place in question can only either match the expectations or exceed them. A town like Kotor, who literally everyone I ever met (digitally or in person) is frothing over, can only just meet the extremely high hopes, or be a tad of a let-down if any condition such as the weather or your mood is slightly off. Fair enough, Podgorica might not compare to a Rome or a Budapest, but I made an effort and ended up quite liking the place!


Things I liked about Podgorica 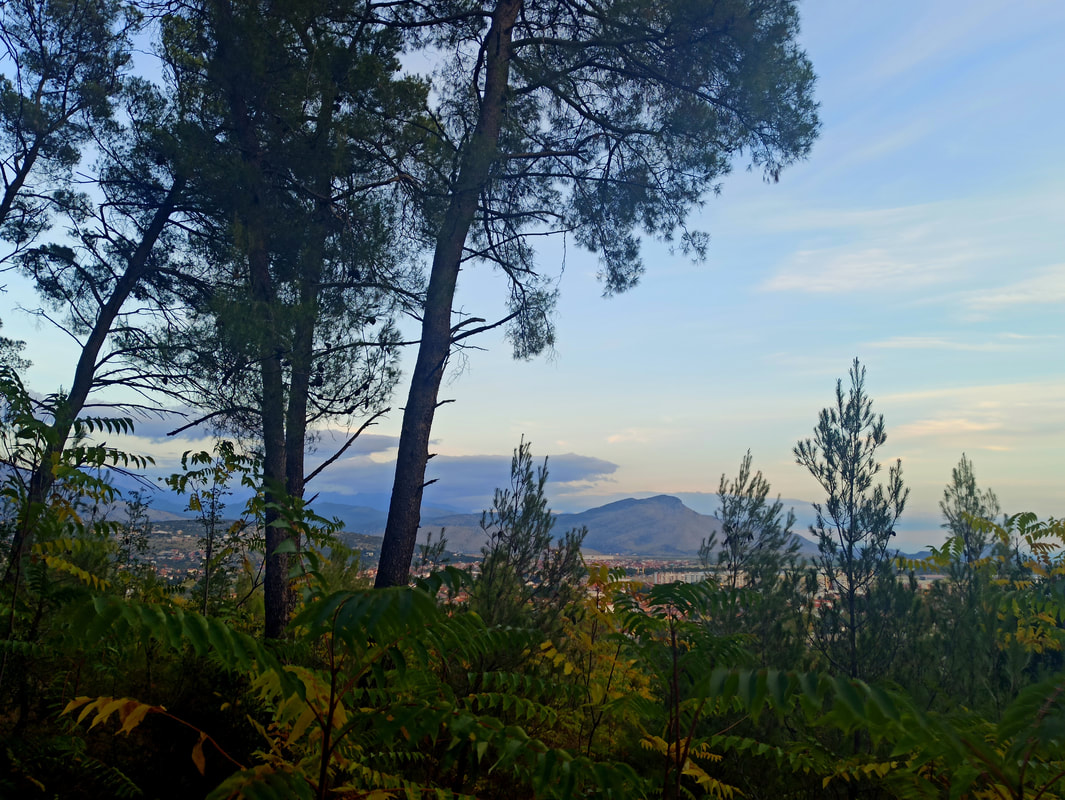 Too busy to read now? No problem, save it for later!
​Save on Get Pocket | Save in Browser Bookmarks| Save on Instapaper
Surrounding Nature

I always go weak for a city that has nature right at its doorstep, it prevents me from feeling claustrophobic. As expected from a country like Montenegro, its capital is no exception. Excitingly enough, the entire urban area is enclosed by a mountain range, shedding its majestic shadow over this flattened out mini-metropolis. To make it all the more exciting, part of the ridge is dramatically split open by the Cijevna River Canyon, stretching out southwards all the way into Albania. I recommend by all means to go out of your way to explore the magnificent viewpoints over this canyon, preferably around the so-called “Niagara Falls,” to take in the clarity and almost unsettling blue shades of its river. It’s hard to believe you’re in a city to begin with!

While at it, you might as well go all the way and make your way down to the Skadar Lake National Park, which is with a 25km distance surprisingly close. My first introduction to Southern Europe’s largest lake was when I flew over the Balkan by airplane. I was lucky enough to travel during a remarkably bright day and suddenly saw this impressive sight stretching out right under me in all its splendour, enclosed by a dense conglomeration of mountain peaks. This is when I decided to visit Montenegro, there was no question about it. Personally, I took several days to explore this area, crowned as one out of five national parks of Montenegro. I took a boat tour from Virpazar, allowing me to grasp a fraction of the incredible size of this lake. It is home to no less than 270 bird species, including some of the last pelicans to be found in Europe. Staring into its clear waters, one can also spot carp, bleak, eel, or some of the other in total 34 native fish species (of which 7 endemic to the lake). Another experience can be obtained by renting a car* and driving down the scenic route P16. This mountainous road, marked as one of Montenegro’s panoramic routes, allows fantastic views over the side of the lake scattered with little islands (serviced by ferries). One of them is Beška, home to a Serbian Orthodox monastery, and another Grmožu, a former Ottoman fortress and prison with no way to escape. Intriguing!
​

* For a good downtown sunset spot, head up to Ljubovic Hill, next to the stadium.
Photo on the left & banner photo by Miles Watson Photography

If you’re a wine-loving budget traveler like me, there’s no way around it in the Balkan: Plantaže. Trust me, I went above and beyond to find that one perfect blend of red, combining great taste with a wallet-friendly price tag. After a long and miserable series of Chateau de Migraine, I finally long-term settled with Plantaže’s Vranac. Therefore, my heart skipped a beat when I learned their vineyards, the biggest complex of entire Europe, are situated in and around Podgorica! The Ćemovsko Polje vineyard is with its 2310 ha. in fact so unbelievably substantial that it’s bigger than Montenegro's capital itself. Starting from a bold endeavour in the 60’ies, at an unlikely location of bare stone and fruitless soil, now 22 million kilos of grapes are harvested annually, resulting in 16 million bottles sold in 40 countries. Its unique location between the Skadar Lake, Montenegrin mountains and Adriatic sea, as well as the Mediterranean micro-climate over the Bojana River, creates ideal conditions for viniculture, producing one of the widest ranges of wines I have ever seen... many award-winning!

Without hesitation I hurried to one of its three wine cellars: Šipčanik, just outside of town. At this location tours and a variety of wine tastings are being hosted. I must admit, I travelled far and wide to the world's most well-known wine destinations (France, Italy, Spain, Portugal, Argentina, Chile, Uruguay, Australia, New Zealand etc.), never ever skipping the local wine regions, and participated in every tasting or vineyard tour I could lay my hands on… but this one ranks as one of the most detailed and explanatory ones. My knowledgeable private guide precisely balanced the right amount of information and educational value with a tasty bite and sip along the way for further processing. While enjoying the unique location, a 356m-long tunnel which formerly served as a secret underground Yugoslav aircraft hangar, my taste buds were fortunate enough to experience a Val Brut (Krstac Chardonnay), a 2020 Pro Anima (Pinot Blanc), a 2019 Chardonnay Crnogorski, a 2019 Krstac straight out of the barrel, and as a proper climax: a 2013 Medun (Vranac). Cheers to life being this good sometimes!


* The Šipčanik wine cellar can best be reached by taxi (ca. €6 from downtown Podgorica). There are different wine tasting packages available, which can be pre-booked here.
Sightseeing

Okay, I admit: There isn’t much sightseeing to be done here. But there is definitely some, and not just the Clock Tower and the Millennium Bridge. I personally really enjoyed the Ribnica bridge, located in the Old Turkish Town (Stara Varoš) characterized by mosques and swirling alleys. This area used to be the core of the city in between the 15th-19th century, but most of it got destroyed by heavy bombing during WWII. However, the bridge, as well as the remains of a fortress can still be seen today, and sharply contrast with the modern features of current Podgorica. Another rather unusual sight is the Hram Hristovog Vaskrsenja, the Cathedral of the Resurrection of Christ. Surprisingly enough, it’s nothing I have ever seen before. Constructed very recently in 1993, the top is a strange blend of Romanesque, Italianate, and Byzantine influences, plunged right on top of apparent castle foundations. The interior slaps you right in the face with its heavy embellishment, leaving not a single patch blank. Special mention for the cross with Nikola Tesla inside of it. Another one for the weird-list is the Centre of Contemporary Art, where I witnessed an art exposition of human tongues in formaldehyde, as well as a life-size painting of some turds with a roll of toilet paper next to it. Okay.

​
* I do NOT recommend the local Free Walking Tour, which turns out to be very unreliable. I set an alarm to show up in time at the meeting point for the scheduled tour (with exact date and time), but not a single guide turned up. Emails and phone calls remained unanswered. Big thumbs down.
Cheap shopping

We all have these moments in our trip: Stuff breaks and needs to be replaced, repairs need to be made, or the change of seasons demand an adjustment in wardrobe. Podgorica is your place, and you’re not going to spend much! The main shopping streets are Slobodna Ulica, Hercegovačka, and the George Washington Boulevard. However, you will have a bigger choice in the wide supply of shopping malls, such as Delta City, Capital Plaza, City Mall, and the Mall of Montenegro. I liked the latter, as it contains a big indoor market where you can literally find anything from clothes to electronics, for next to nothing. The ground floor section is home to a giant farmer’s market, incl. a lady who will burn and grind fresh coffee beans for 65 cents a bag!

I started my Montenegro trip at the coast and was slightly surprised how expensive this country seemed to be after Bosnia and Herzegovina and Serbia. As it turns out, this is just the case at these seaside towns, as this is where all the tourists hang out. Once I travelled more inland, I found myself paying €5-8 for a lunch for two people, including drinks. Podgorica is no exception, with the pleasant addition of having a vegetarian / vegan selection at your disposal… a small wonder in the Balkans! Every street corner is filled with another delicious smell, causing instant salivation. My personal recommendations are Paradise Food, Kod Feta and Masala Art… the latter the first (and only?) Indian restaurant in Montenegro. 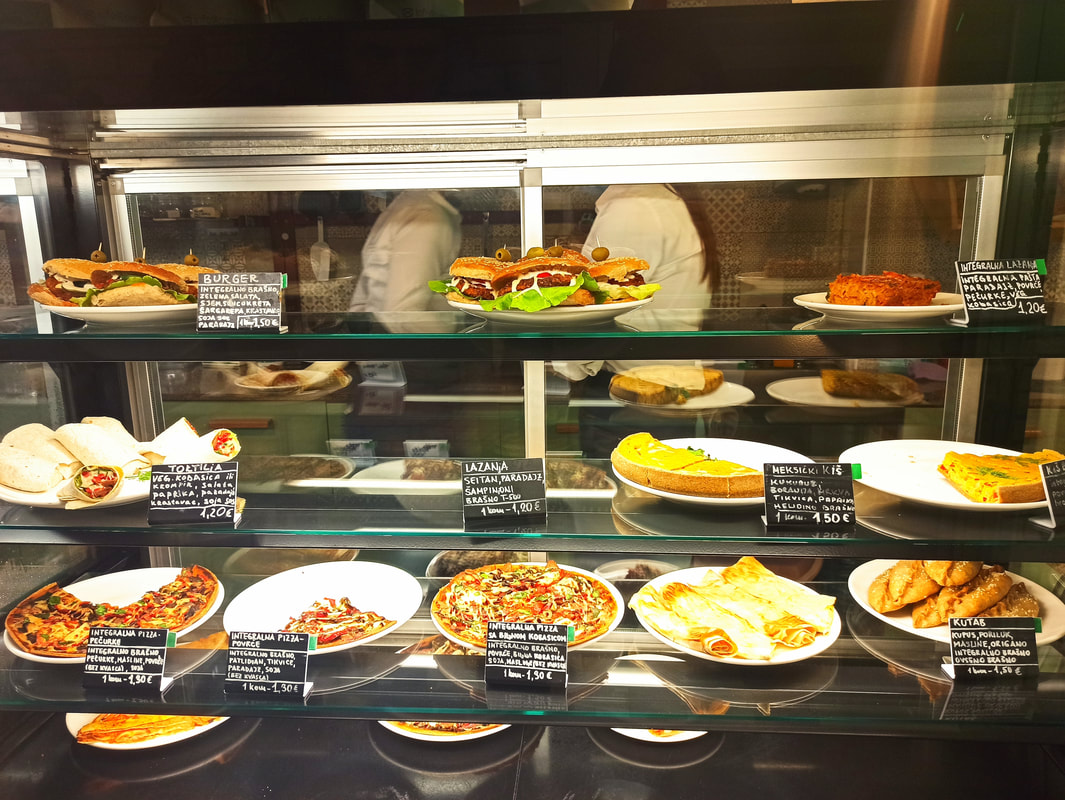 Where generally public transport is widely available and quite straightforward to use in any capital city, in Podgorica that’s not the case. Google Maps doesn’t work here, and even though I saw the occasional bus passing by, I never located a bus stop nor a map with the bus lines. However, if you manage to get on one, allegedly the ticket price is €0.80 per ride, to be bought in exact cash from the driver. Intercity buses leave from the main bus station, Autobuska Stanica Podgorica. If you book online, you still have to pay to print out the tickets, the so-called “station fee.” It is custom to also pay extra for luggage.

Podgorica is one of the many stops on the scenic and famous train ride between Nikšić and Bar. Trains are in good condition and unbelievably cheap to use, although tend to be delayed. Unlike many blogs imply, there are in fact trains between Podgorica and the airport. The ticket price is only €1.20, which is so much cheaper than taking a cab. However, it entails a 10-15 minutes walk, and you’ll be dumped out on the tracks on a field somewhere (no platform, just a jump onto a dirt road). This train station is a short walk away from all the main car rental companies, which are generally more competitively priced than the ones directly at the airport.

I strongly recommend renting a car in Montenegro, allowing you to go beyond just scratching the surface (the country is more than just Kotor and Durmitor). Podgorica is very likely your arrival spot in Montenegro and also the best place to pick up a rental car. I personally had a great experience with Drive Montenegro, both in terms of friendly, laid-back customer service and budget rental prices. Their office is only a stone's throw away from the airport and located right next to the airport train station. Book now to secure a thorough and hassle-free trip through Montenegro: 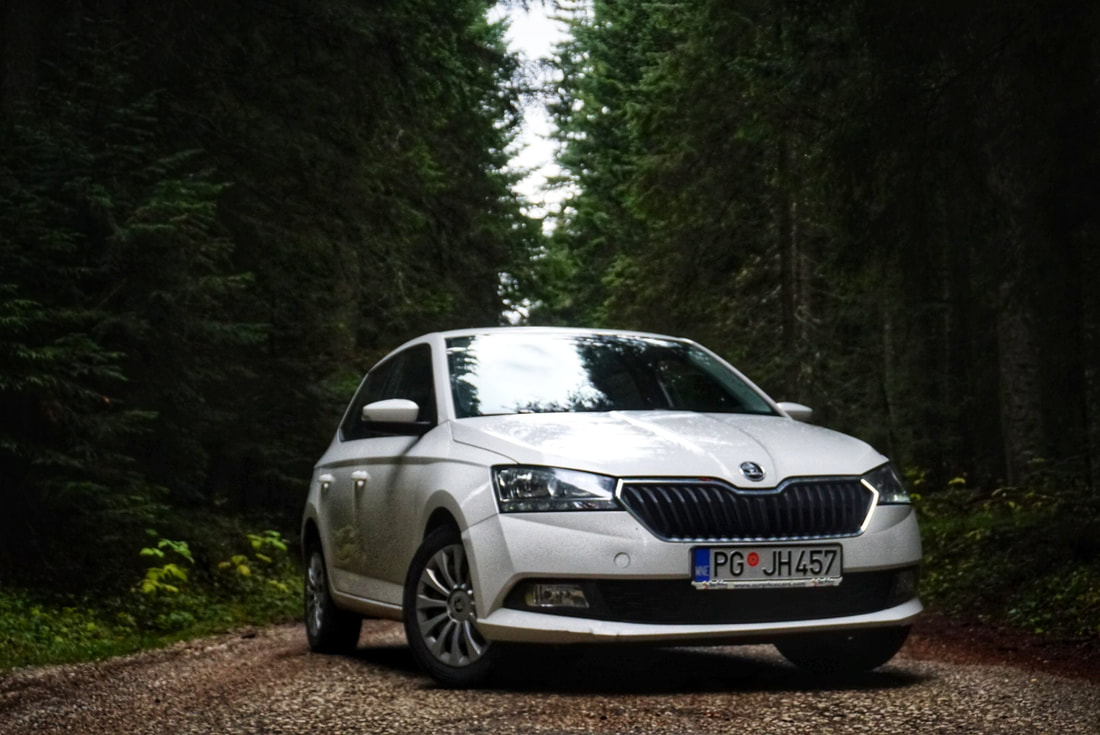