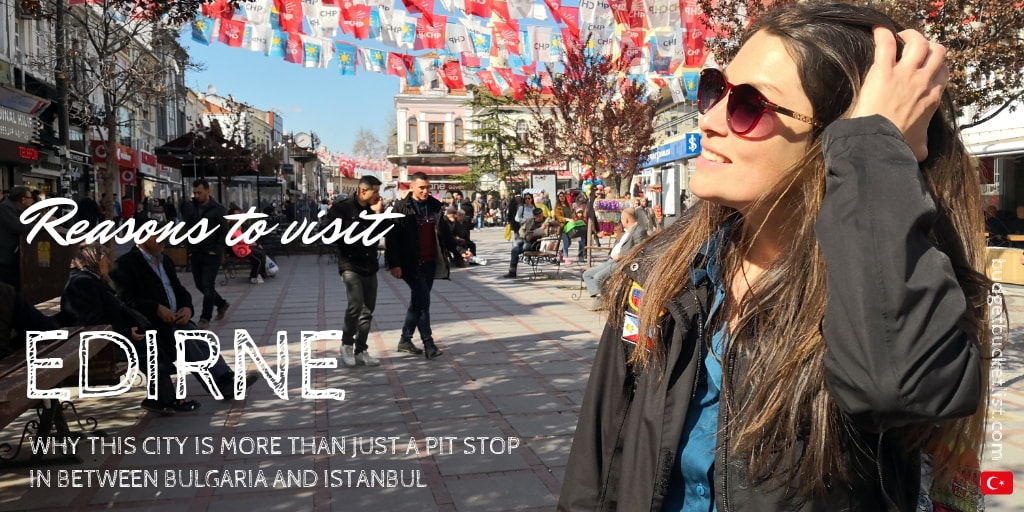 So you’re like me, and you want to travel over land from Bulgaria to Istanbul while making the most pleasurable pit stop possible? That’ll give you Edirne, my friend. Let me bring you even better news: Edirne outgrows the status of a pit stop, with a handful activities at hand.

I drove down there with a car full of Bulgarians, eager to fill their shopping bags with cheap brand clothing and affordable groceries (for only a fraction of the Bulgarian prices - Erasta Mall / Margi Outlet). That, and remarkably good-looking men* are two but not all reasons to sneak a peak. 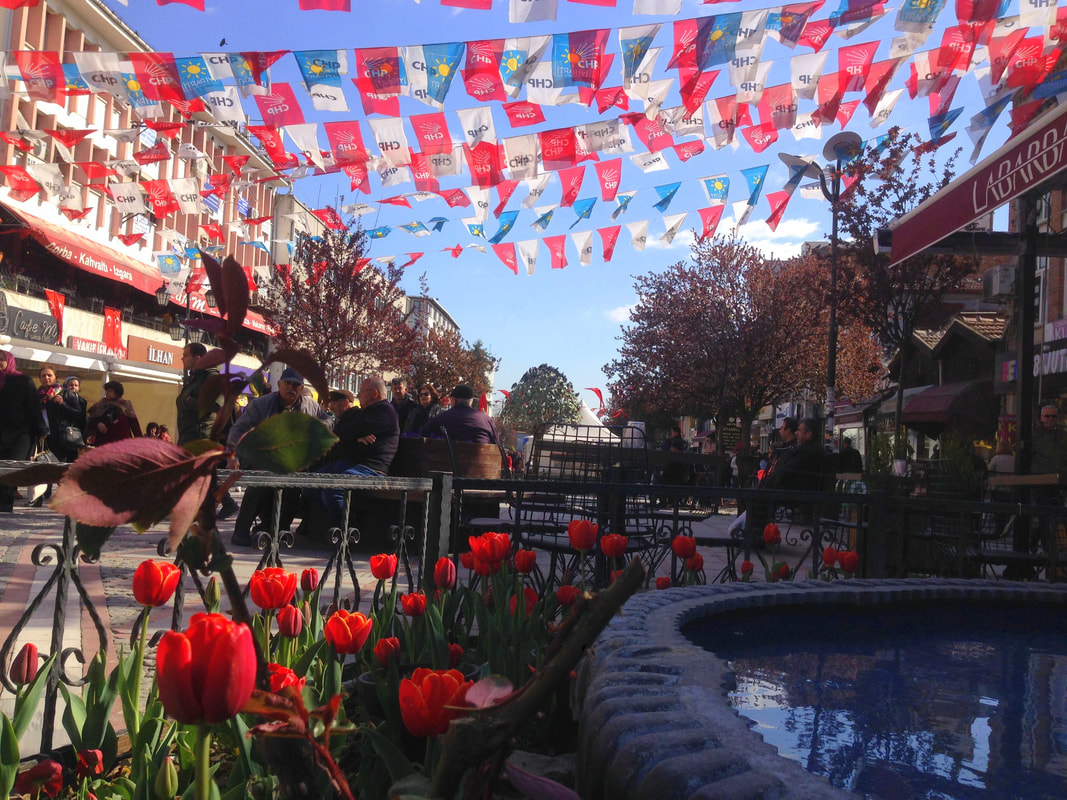 Too busy to read now? No problem, save it for later!
​Save on Get Pocket | Save in Browser Bookmarks| Save on Instapaper
Religion & History

What else? Mosques, of course. You’re in Turkey, so you’ll get used to the five daily howls motivating (or irritating) local citizens… and to be fair, with about 392 mosques in Edirne only (serving 382,300 citizens) it’s near to impossible to avoid them. The great news is that they’re pretty well-done up here and - opposed to for example Morocco or Jordan - everyone is welcome to have a look inside. Even if you’re a non-Muslim, even if you’re a woman. Just grab one of them public headscarves standard provided at any entrance, and Allah’s crib slams its doors wide open. Top picks are the Selimye Mosque (designed by Turkey’s most famous architect), Eski Camii, UC Serefeli Camii, Muradiye Camii and Dar-Ul Hadis Camii.
Mosqued out? Well, they do Orthodox churches too (Bulgarian Church of Sweti George) and even have a synagogue to suit your needs (Edirne Buyuk Sinagogu).

Personally, as an atheist I’m hardly intrigued by the spiritual (in my view: oppressive) side of religion, but I can appreciate its role as an expression of the cultural facade of history. Obviously, the Islamic nature of current Turkey reflects the acquisition of the Ottoman Empire (starting in 1361 after the invasion of Sultan Murad I who was born here), when Edirne received its current name, and even became the Ottoman capital (up until 1453 when the capital moved to Constantinople - current Istanbul). The roots of the first Jewish settlements go back a tad further, namely to the Byzantine period, when Edirne was still called Adrianople and Jewish workers were active in the textile, leather and wine (!) industries. After the Ottoman invasion, Jews from the Balkan (already part of the Ottoman Empire) moved to newly acquired territory (incl. Edirne) in greater numbers… and the same happened during Jewish exiles from Hungary, France, Spain, Portugal and Italy, as well as during nationalist movements and threats to the followers of the Jewish religion throughout history.

The Orthodox concretization seems at first to be merely related to the proximity of Bulgaria, where this is the prime religion, but it in fact dates all the way back to the year 813, when the city was seized by Khan Krum of Bulgaria. After this it changed hands to a colorful variety of Bulgarian leaders right up until the Ottoman interference, when country borders were still blurred and subject to change. Recent events include the Siege of Adrianople during the Balkan Wars (1912-23; the Balkan against the Ottoman Empire), during which Turkish war prisoners were imprisoned in a camp situated in Sarayici, where many died from abuse, sickness and starvation.

While we’re at it, we might as well go back aaaaaaaaall the way to where it started, when the current status of Turkish Edirne was still centuries away. The Turks might not be pleased to be reminded of it, but this part was actually Greek (nowadays they’re not the biggest friends, so to say). In fact, in Greek mythology Agamemnon’s son Orestes (which is totally weird as that’s my ex-boyfriends name) built this city and named it Orestias. Later some pal called Hadrius came along, who happened to be a Roman emperor and rechristened it as ‘Adrianopolis’, the capital of the Roman province of Thrace. 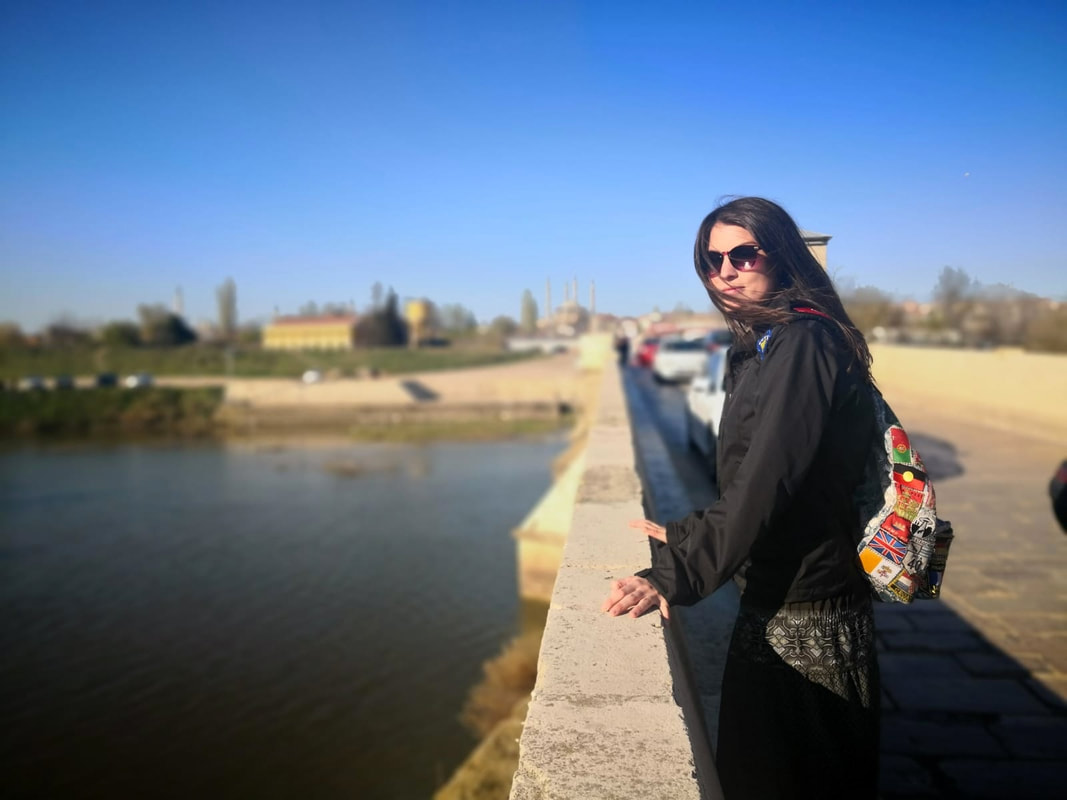 Not in the mood for too much seriousness and culture? Well, the Jews laid out quite the groundwork for you. That wine industry I mentioned earlier: it’s still thriving! Where I generally struggle in Islam-drenched environments to find a proper glass of sin, Edirne comes up with actual wineries (Arda Winery - and there's even a "Thrace Wine Route", fantastic). Hijabs and prayers aside, also locals properly enjoy their evening entertainment, I noticed when being taken out by my Couchsurfing host Ilyas and his lovely friends to dip into the vibrant student nightlife of Edirne. Also the municipality of Karaagac (famous for its train station) won’t miss its charm attack when it comes to nocturnal ambiance and recreation.
If you want to take it even further... A spectacle of half-naked male bodies slithering over one another in slippery olive oil is grouped under the flag of ‘tradition’ in Edirne: Kikpinar Oil Wrestling! Hallelujah to that. The national sport... Wow, the Turks truly know what we spectators want (end of June - great timing to be in Edirne, so it seems).

​
In case you need to visualize that (over and over again):
Source
​

More stuff oil-related: a massage in the Turkish Hamam. And a frying pan. A Very Big-Ass Frying Pan. Big enough to chill in with your entire family, up 'till three generations back. The world’s largest.

If that’s not a reason to travel all the way down to Edirne, I don’t know what is. 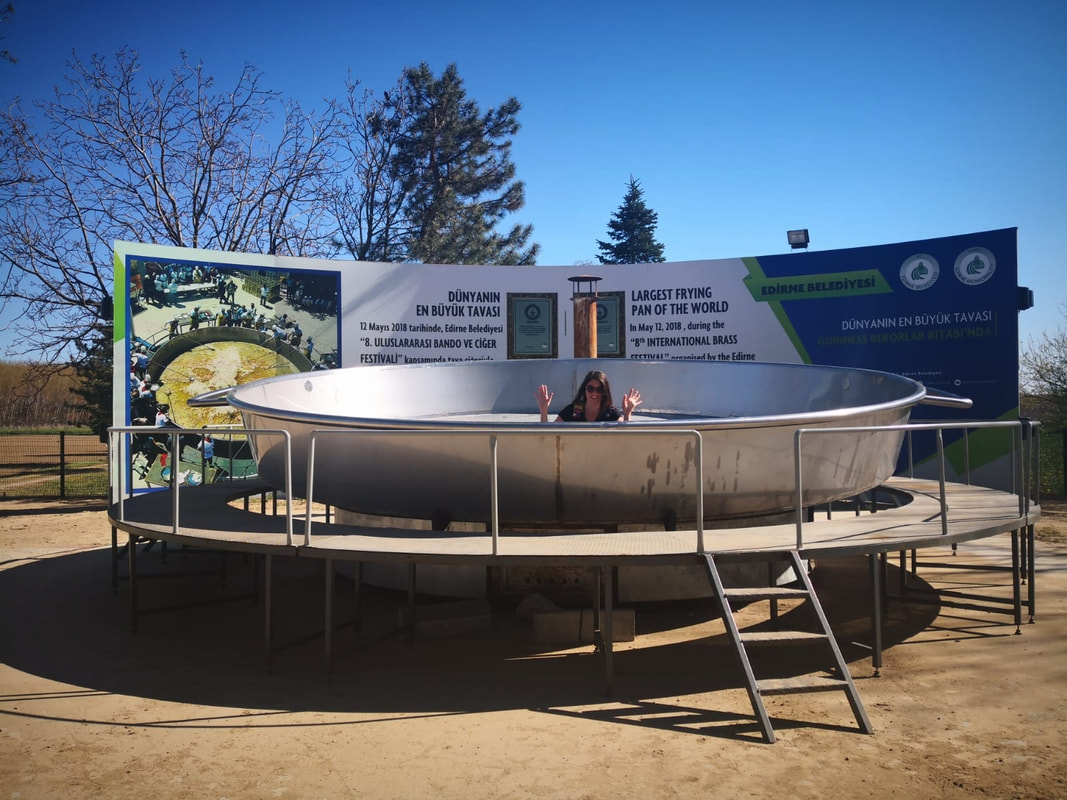 In order to support the travelers’ community, I spend many hours per week to adequately document all information and advices for prospective visitors, accompanied by a (hopefully) entertaining insight into my personal observations and experiences. This service is and will remain free. However, if you voluntarily want to make a contribution and support my travels and thus the creation of new stories and information supply, here is the button you’re looking for:
Donate
​Related:
- The 10 essential Istanbul budget tips: Travel Istanbul on a minimum budget!
- The 3 golden rules to travel Sofia on a budget! & Why you shouldn’t miss out on Plovdiv! [Bulgaria]
- Discover Romania's bustling capital Bucharest
- Experience the bright and dark side of Vienna [Austria]
- Citytripping in Copenhagen [Denmark]
​- German gems: Aachen & Frankfurt am Main
​- Budget Bucket List hitchhike trip to... Kosovo!
​​​- Guest Blog 'Kosovo Girl Travels': Travel tips and stories from Kosovo's first and only travelblogger!
- Witness the many faces of Lithuania within the city of Vilnius
- Visit the crown of Scotland: the blissful capital of Edinburgh
- Dutch delight: wonderful Haarlem!
​- 3 reasons why you need to visit Nijmegen [The Netherlands]
​​​- Top-5 places to visit in South Limburg [The Netherlands]
- Jordan, a destination on the rise: Extensive guides to Petra, Amman and Wadi Rum
​- 10 things you can't do in the non-touristy part of Morocco