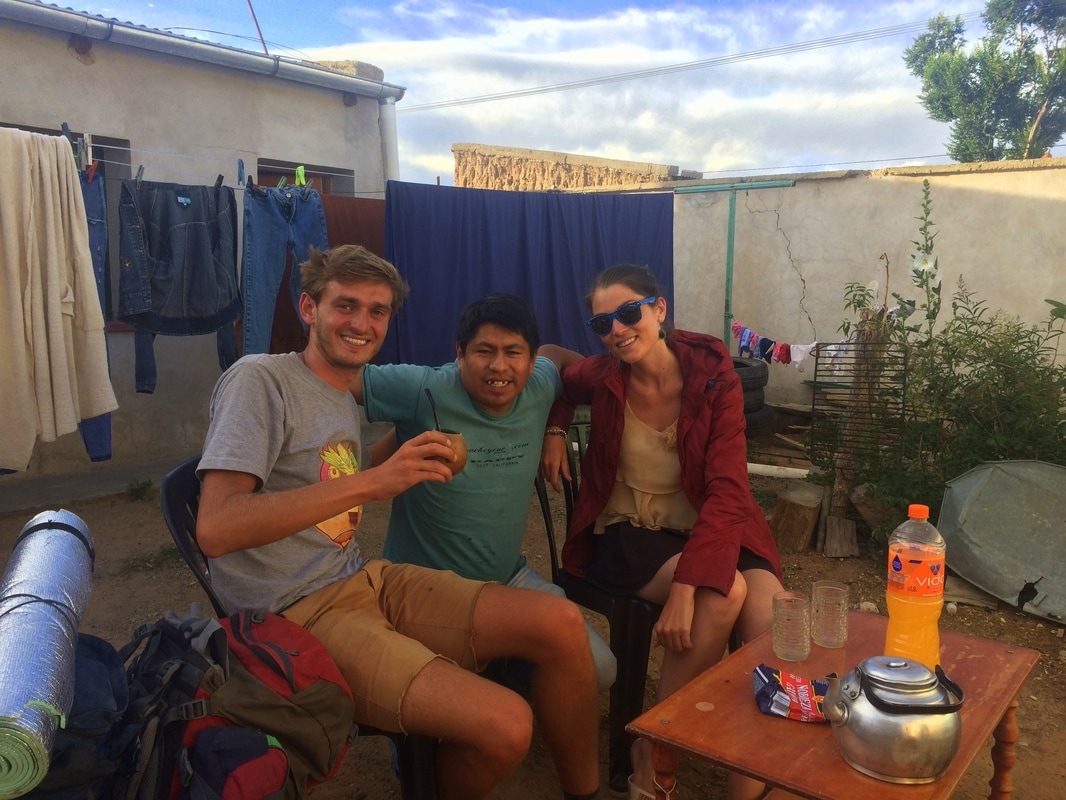 Too busy to read now? No problem, save it for later!
​Save on Get Pocket | Save in Browser Bookmarks| Save on Instapaper
To say my journey to Tarija was easy would be a lie… but things that are obtained with a fair struggle always value more in the end, don’t they? Well, first of all, we had to get out of that mountain-locked Inca village Iruya. We, because ze Frenzj Pierre temporarily tagged onto my travels, or I to his.

As the local traffic ratio came down to an absolute zero a bus had to be taken, which is almost against my principles, but I wanted to get the hell out of there somehow. The plan: Getting off at the Gauchito-Gil-Ruta-9-crossing again and hitch a swift ride to Bolivia. 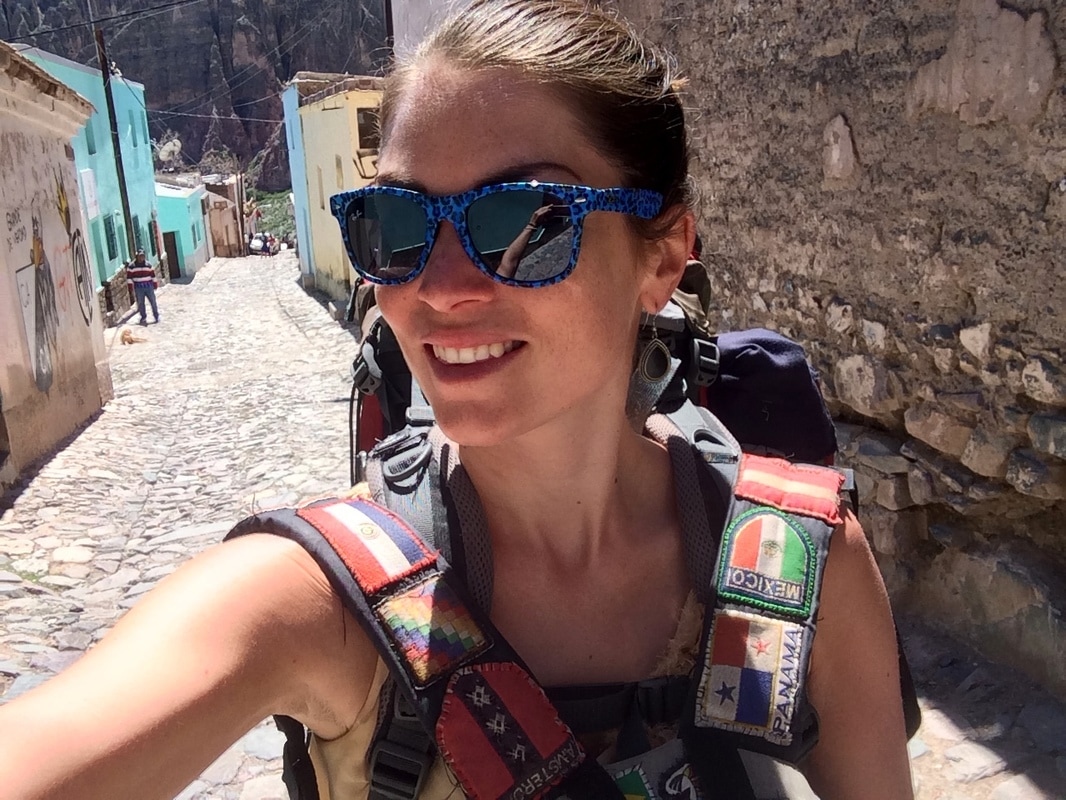 The reality: Waiting 2,5 hours in the middle of bloody nowhere, as oh yeah, I wasn’t a female solo hitchhiker anymore all of a sudden. Oops… Travelling broadens your mind and teaches you something new every day, and the rather obvious thing I learned that specific 24h is that nomading around and life in general is a whole lot easier with two tits and a pretty face attached to your bag of bones (minus the risk-of-rape-factor obviously). But well, I had to take one for the team. And the ride we finally scored was the absolute hitchhike-jackpot. 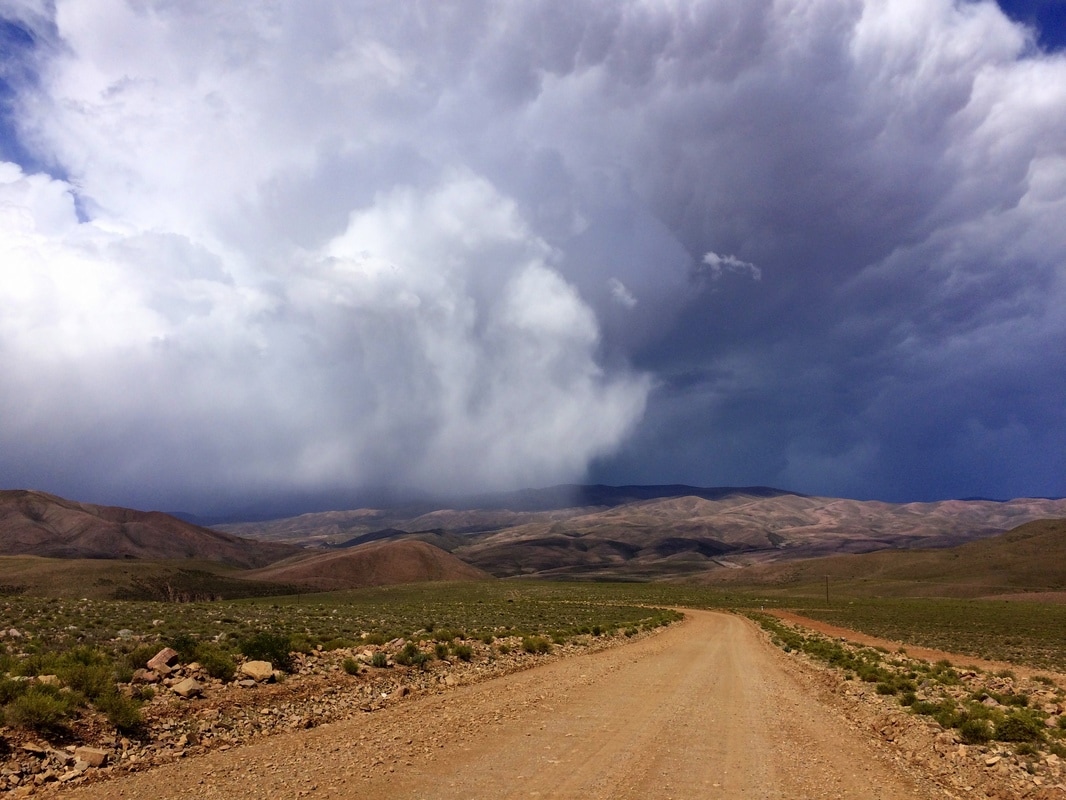 ​While Willy drove us and his daughters through the flawless headlands the absolute north of Argentinean Jujuy is attired with, I noticed how low the clouds were hanging. Quickly I realized it wasn’t the clouds that were so low, it was us being so ridiculously high. 3,500m above sea level to be exact. To think I grew up living behind a dike, essential to protect the North Sea from swallowing my fatherland which is located below sea level. Can you imagine how unsettling that feels to me?

Once we entered Abra Pampa, about 40 minutes below the Argentinean-Bolivian border, Willy looked over his shoulder. “It’s getting dark and border towns are dangerous at night… where are you going to sleep tonight?” Pierre, being as unorganized and spontaneous when it comes to traveling as I am, shrugged his skinny shoulders and mumbled something about pitching a tent along the highway.

“Look, I live very humble and I don’t have much, but you are welcome to stay here in my house", he smiled. 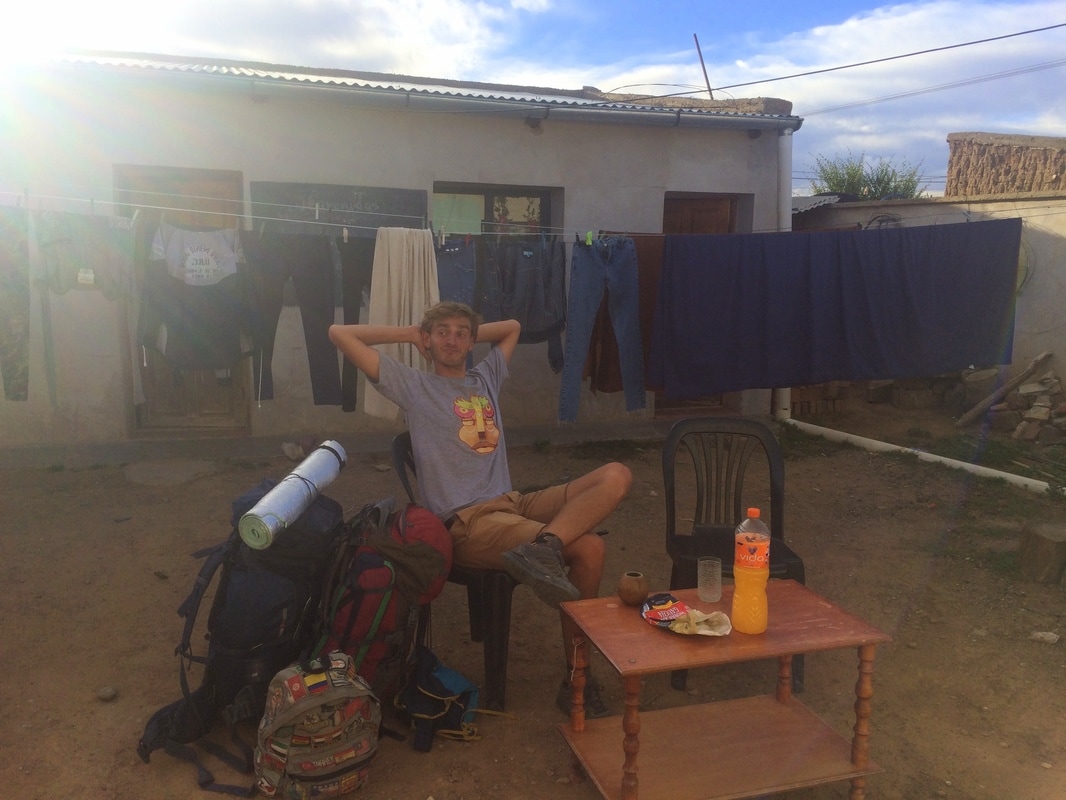 Mind-blown by this instant hospitality I received once again we entered his home, our home, and before we knew it we were drinking mate with the entire family, his brothers and sisters with their offspring all living in the same residence. Willy was wrong about one thing though… Especially the people that don’t have a lot have so much more. 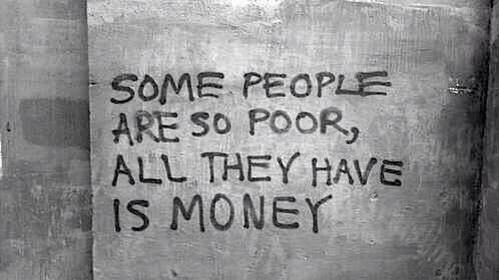 Pleased with the unexpected turn of events we witnessed how the family cleared out two private rooms for us, themselves sleeping in the living room and little grocery store to offer their foreign guests they didn’t even know the names of the best they had. A level of generosity that I only found in Latin America. 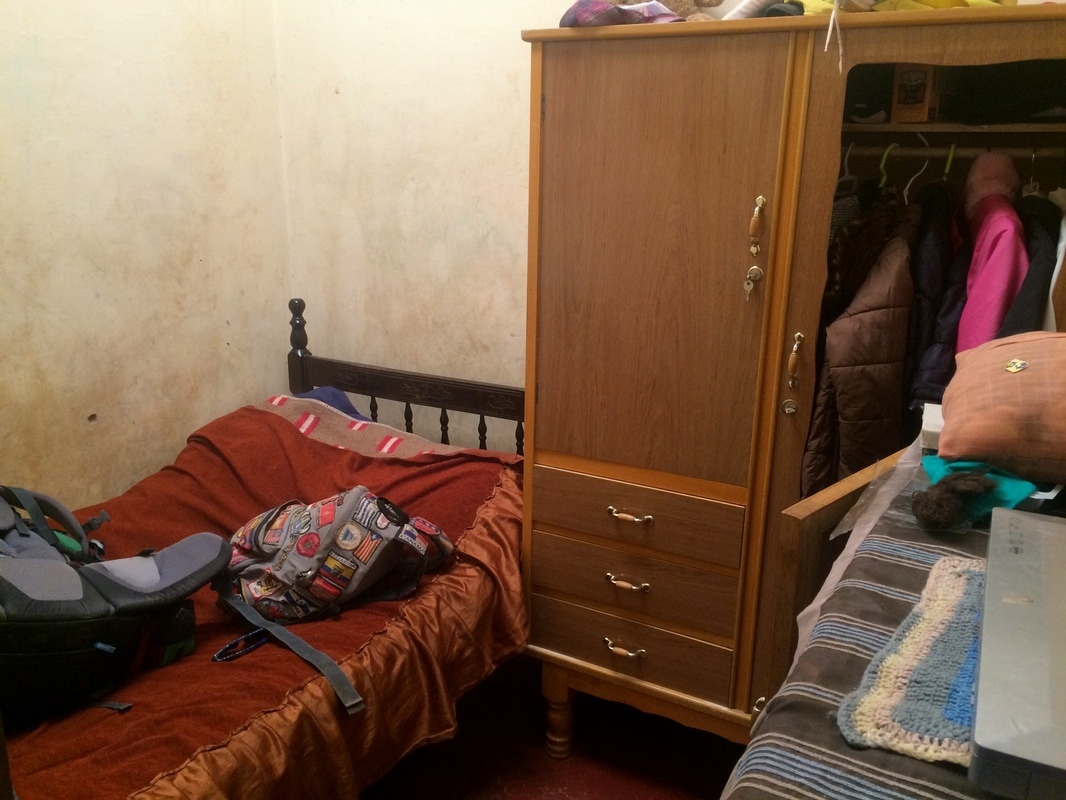 While getting comfortably installed Willy’s sister, Belén, tapped me on the shoulder. Her family are very actives member of the Evangelical Church, she explained, visiting mass every single day… she would be honored if we could accompany them? You simply don’t say ‘no’ to such things, to such people. And you might be surprised to read it, but I’m glad I didn’t. I had an absolute blast!

You see, how I remember church is shaped by the boring Sundays on which my grandmother dragged me along to the protestant abbey in a place called Bergen op Zoom, using a bag of candies as ever-fruitful bait. It mainly involved being quiet, not moving for 3 hours and sitting on the uncomfortable wooden benches while the chilly draught stiffened my muscles. I also remember having to give money at the end, which I found strange as the church was bigger than our house and the priest had nicer clothes than us.

No, then Abra Pampa. We could hear the cheerful singing and clapping three streets away, Jesus-karaoke inspiriting the merry believers with enlightenment. 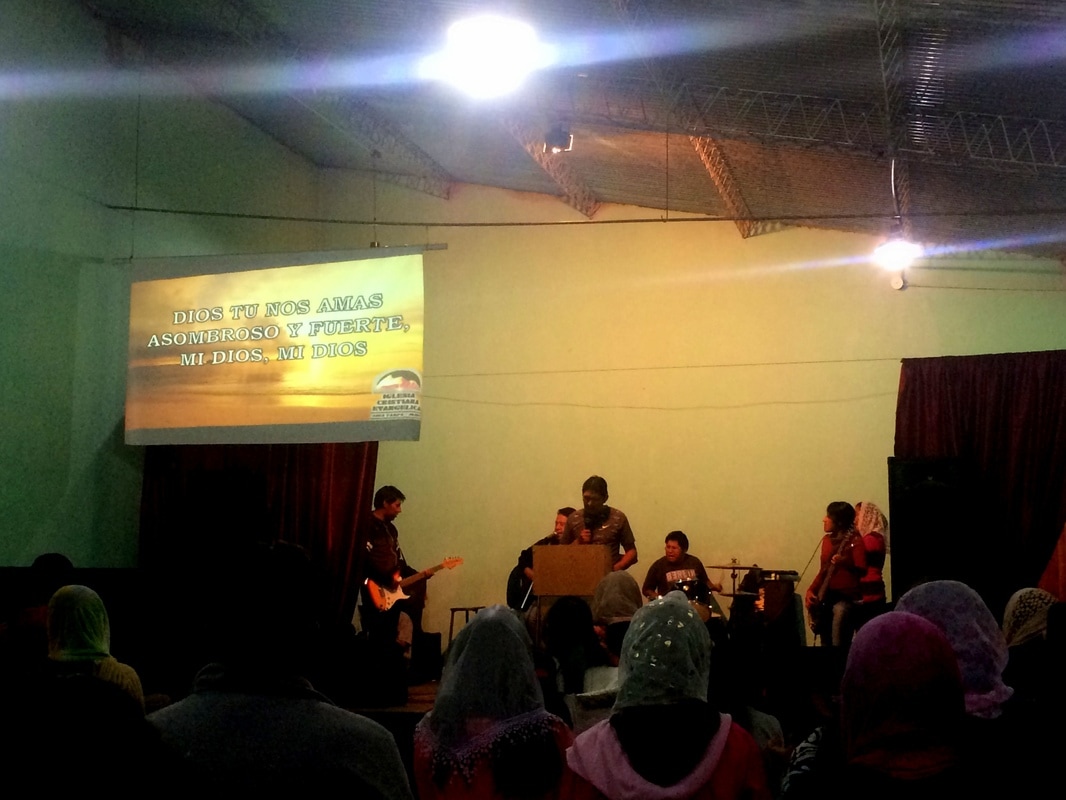 A full band with guitarists, drums and even a bass player was dashed down there for the occasion, impassioned musicians attacking their instruments while playbacking along with their eyes closed. The humble building reminded me more of a parking garage than a house of prayer, plastic chairs scattered around in between the unpainted cement walls and floors.

Wait a minute, did I finally find a church that puts their own prosperity aside to actually help others? Trading self-enrichment and power for the development of the common good?

I jumped off my chair and swung along with the catchy god-pop, the sing-along-part made easier by the giant karaoke-screens. Hold my drink: “Mi Dios es grande, mi Dios es fuerte taralalalaaa!” aaaand  polonaise! After an hour I lost my voice, exactly when the pastor came in, wearing jeans and a Nike cap.  He had made some powerpoint-presentation on how to pray, followed by a practicum in which men and women separately had to pray and confess their sins and deepest thoughts and desires to each other. I could fairly say I knew Belén quite well after that, as she was the only one talking (thank god for that!). 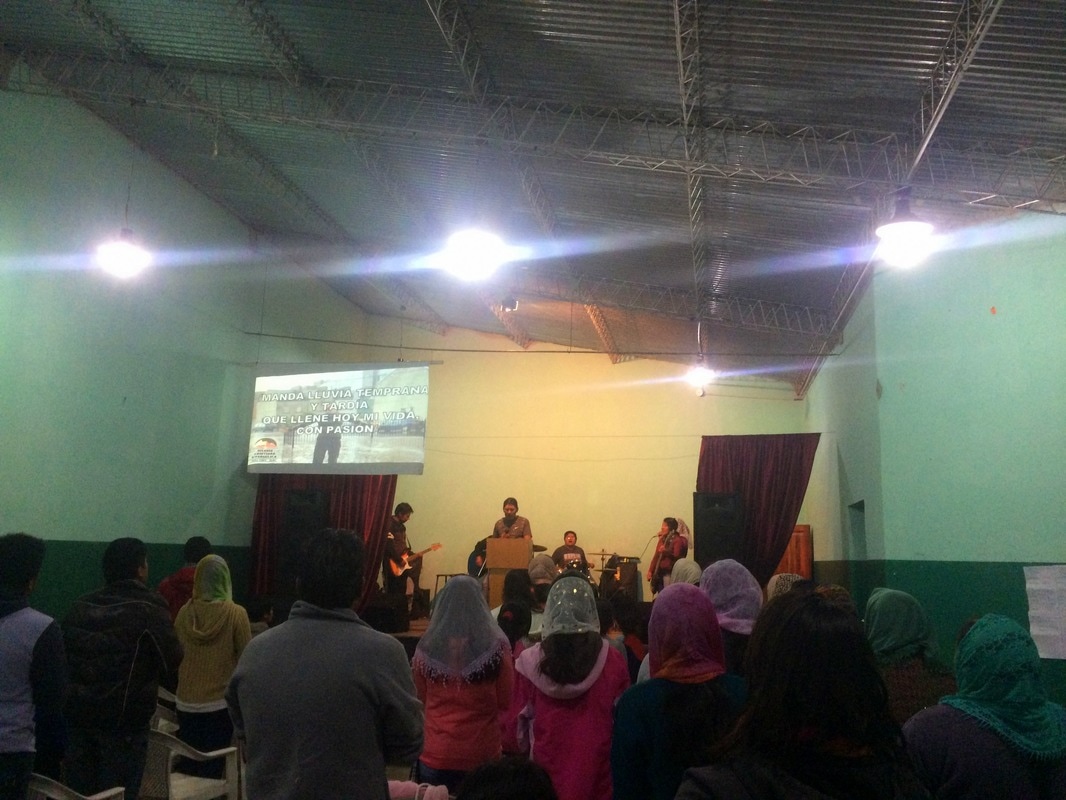 Then the pastor scraped his voice and spoke to his audience: “Ladies and gentlemen, as you can see we have some new blood among us, please give it up for Stephanie and Pierre!” All of a sudden a lot of faces looked our way and we were submitted to a public interview, after which we received communal prayers for our travels, accompanied by loud cheers and applauses. But that wasn’t all… once we left the church with our hosts the pastor and chaplain ran behind us, thanking us sincerely for our arrival, fumbling a 100-peso-bill in my hand during the handshake. Shocked I gave it back to him, thanking him genuinely but explaining I can’t possibly accept that. The man softly smiled and whispered, “por favor, do it for me, I’m here to help others, not to enrich myself… please allow me to do my good deed of the day.

Bloody ‘ell. This is what religion should be all about, don’t you think? All my complaints about the institution that’s called Church were presented an alternative approach that night, showing how it also can be done. It doesn’t make me believe in a bearded man on a cloud just yet, but my full respect they have.

We used the money to buy dinner for the entire family, the first encounter with eggplant schnitzels and other vegan weirdness in their lives. It fulfills me with pride to conclude my plant-based creations were devoured faster than the smoked chicken shuddering on the table. Maybe because it didn’t look like vegetables anymore. Because believe it or not, the 5- and 6-year-old-kids, who also ate their evening meal at 11:30PM, were allowed to just eat rice and meat and toss their veggies aside because “they didn’t fancy them.” What a difference with my childhood, when I was force-fed my greens up until the point I wasn’t allowed to leave the table or play outside with my friends until the very last pea had rolled through my throat…. after which I went to bed at 6PM after Sesame Street. A little aspect of how our entire lives were absolute contradictions in every sense of the word. Shortly intertwined. 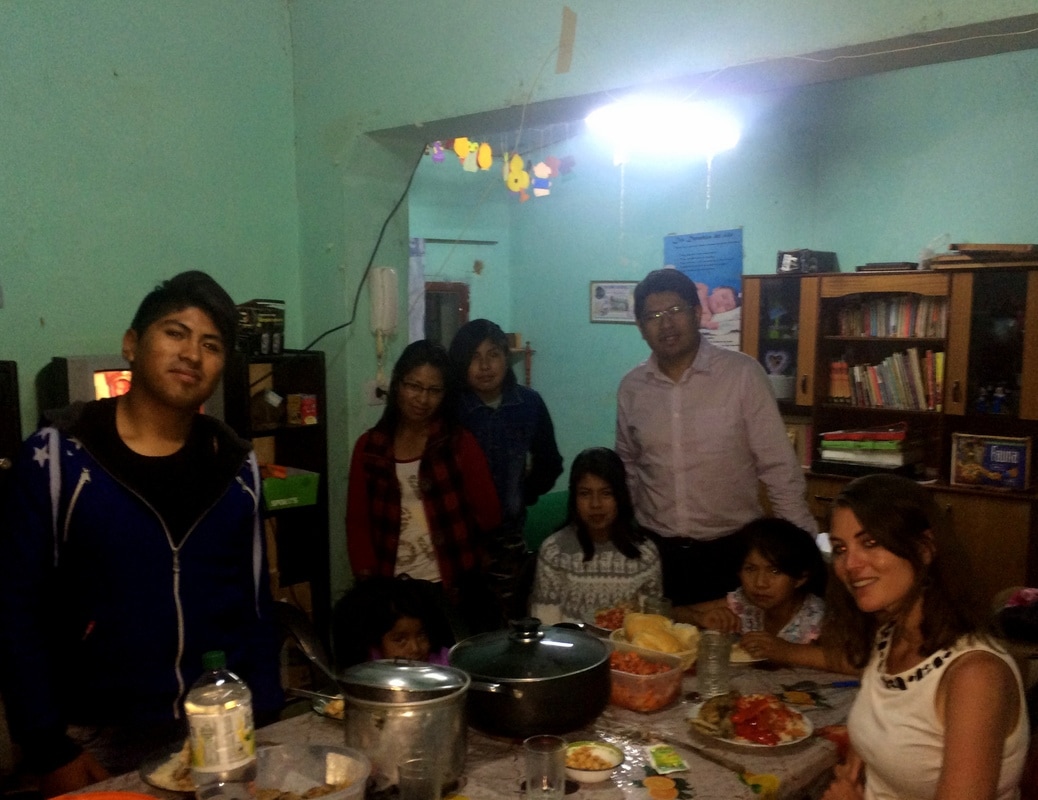 Experiencing profound differences in the tiny things of daily life elevates you out of your own culture, providing a birds-view above the high fences around your perception of “what’s normal”… showing you other interpretations and habits that put everything in perspective, allowing clearer understanding instead of judgment.

Something that money can’t buy you, a career won’t teach you and even an academic education doesn’t entirely entail. Only by the means of traveling. That’s richness. 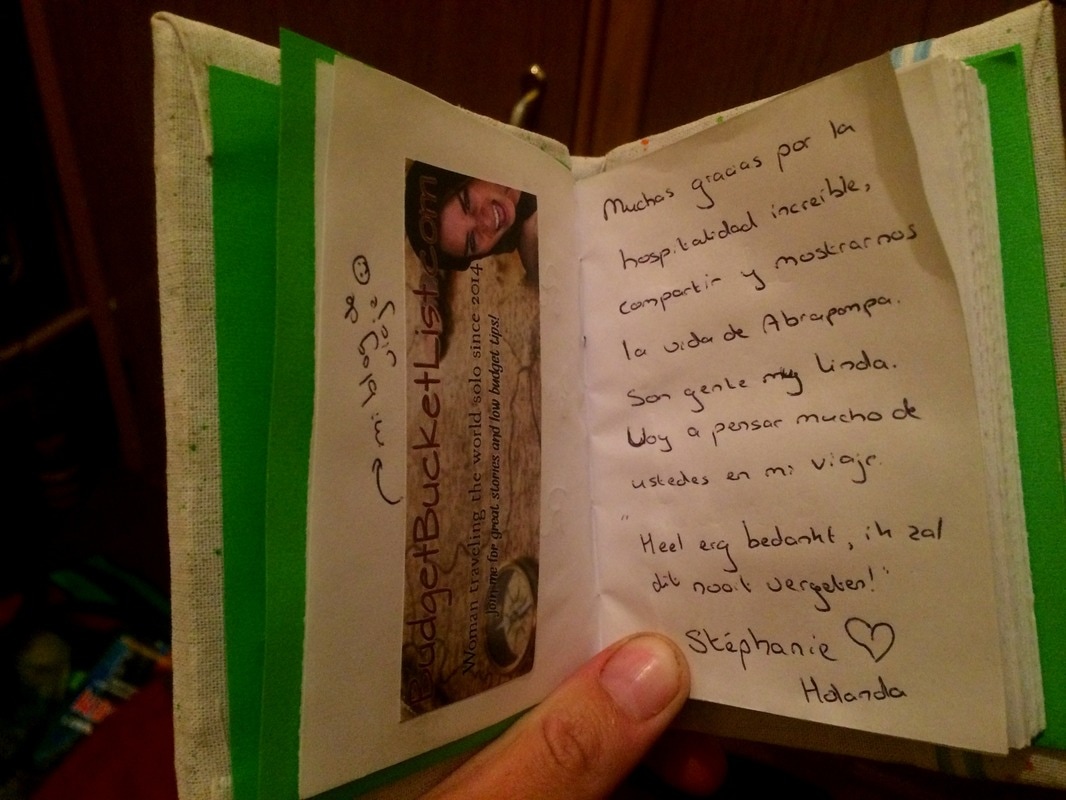 In order to support the travelers’ community, I spend many hours per week to adequately document all information and advices for prospective visitors, accompanied by a (hopefully) entertaining insight into my personal observations and experiences. This service is and will remain free. However, if you voluntarily want to make a contribution and support my travels and thus the creation of new stories and information supply, here is the button you’re looking for:
Donate
Related:
Go to the Argentina Page for more blogs and hitchhike adventures!