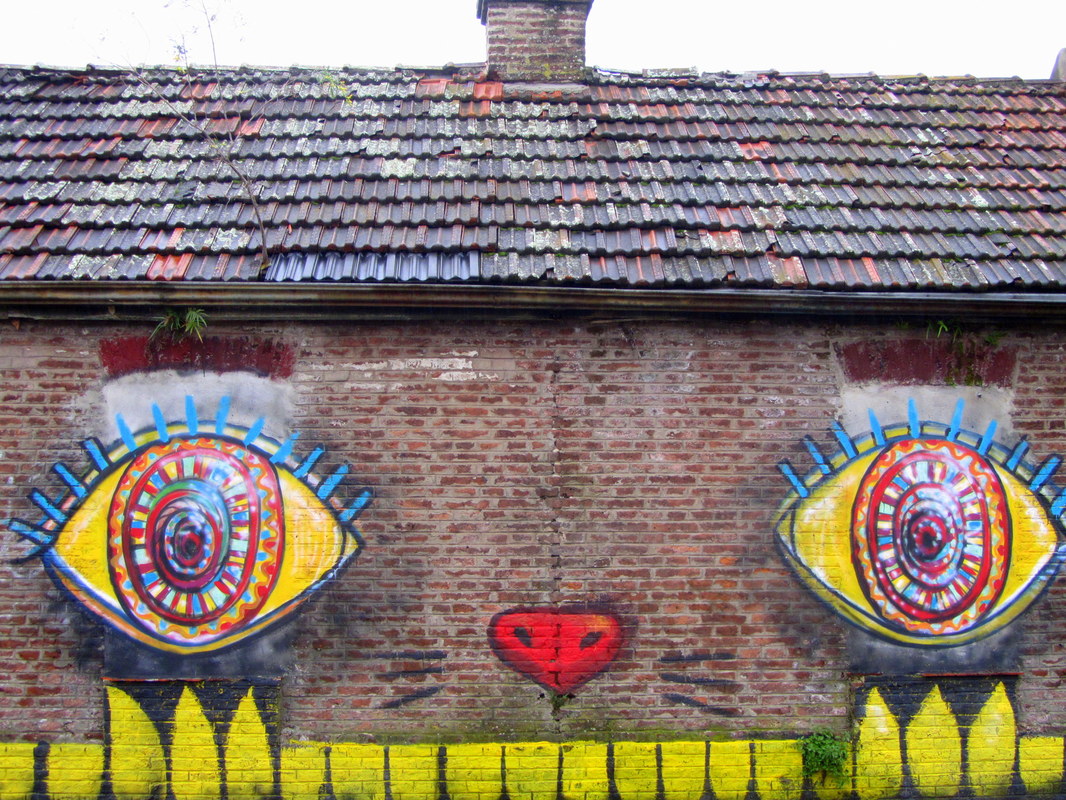 ​The high amount of estrogen in my body usually blocks an honest judgment about anything that involves map-reading. For example, when I lived at Moreton Island in Australia I thought it would be a brilliant idea to ‘go for a refreshing run around the island’. Some male figures surrounding me slowly explained that maybe then I should bring some camping gear and food supplies, as it would take me approximately a few days to return. Aha. As kilometers don’t usually tell me anything about the involving time, every bus ride in Argentina catches me by surprise. Just one road here can take 4,5 hours (BA-Rosario), which is like Amsterdam-Paris. Or 6,5-8 hours (Rosario-Córdoba). “But it looks so close on the map!” – ssssssht sssht woman, it’s not.

With a flu from the air-conditioning I arrived in the prettiest hostel on my trip so far, La Casa De Arriba in Rosario. Although I always thought my Spanish was quite alright, I realized once more that in South America I’m back to level zero. The pronunciation is completely different (“chicken”,  pollo, is in Spanish pronounced as pò-jó, in Argentinean as possschó). Also, they have many words of their own and speak as fast as that guy from Storage Wars. And yes, it’s different in every city as well, hurray! So in my combination of Spanish-Italian-English (Engitalish) with a French accent and a twist of sign & body-language I completed my midnight check-in.

After a restless sleep in which my flu intensified I woke up, looked out of the window and witnessed the worst weather since I started my trip. Call it Dutch summer.

So what do you do then? Stay in, drink dulce de leche and watch Netflix under a blanket? Not this chick. With a swollen face I wrapped myself in Goretex, put my Nikes on and walked six hours straight in the pouring rain. Correct, I need professional help. 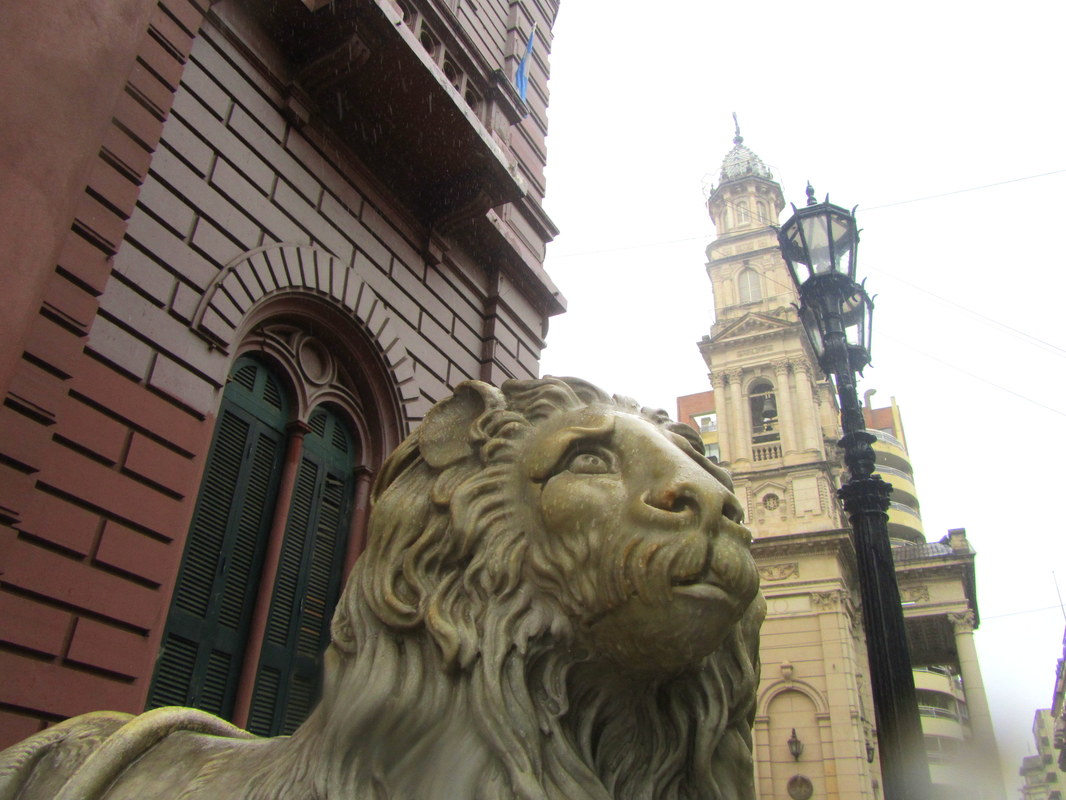 As the streets turned into rivers I did my sightseeing in this city of Che Guevara and Messi. From the Silos Davis Museo De Arte Contemporaneo (which looked nicer from the outside than the inside) I strolled along the waterside and watched the Rosario Victoria Bridge fade away in the mist.
​Via the Municipal Palace and the Basilica Catedral de Nuestra Señora del Rosario I let the massive Monumento a la Bandera overwhelm me. The Argentinian flag was designed here by Manuel Belgrano in 1812, and the Rosarinos didn’t forget about that. The complex is 10.000 sqm big. An eternal flame honors the ‘unknown soldier’, all the people that died fighting for their homeland Argentina, which apparently is an honorable thing here (yeah, don’t ask me why).
​From there it wasn’t too long to Teatro El Círculo, the biggest theatre in town. I would have loved to catch some Argentinian drama, but after patiently staring 45 minutes at their website I still couldn’t decipher the program. Maybe they cooperate with SeaCat, that would explain everything (check the Colonia del Sacramento blog). As every second the rain intensified with ten buckets per square centimeter, I walked to two other museums: Centro Cultural Bernardino Rivadavia which housed, believe it or not, a superman exposition and the Castagnino Fine Arts Museum. The latter being praised as #1 in town and of national significance. Well, I love art… a lot. But for me, some plastic crammed into a wall, an Ikea-table mounted with the manual upside down (I get it, we’ve all been there, just don’t put it in a museum afterwards for fuck’s sake) and paintings either made drunk or brain-damaged just don’t classify as art to me. Next.
​Wetter than Chasey Lain I arrived at Museo de la Memoria, 15 minutes before it opened. A guy named Guido (hhhwiedo) ran out, took of my soaked jacket, refused my money and offered me a cup of tea, after which he opened the museum. Quite the difference from around 40 years ago, when the totalitarian military regime decided here which political opponents were going to be kidnapped or murdered.  Guido gave me a private tour through this previous headquarter and provided me with background information about the desaperacidos, the people that disappeared and according to this regime never existed. It grabbed me by the throat. Let’s say my country had a valid reason to not having invited Mr. Zorregueta on his daughter’s wedding, queen Maxima of the Netherlands.
I know I am pretty die-hard when it comes to culture, but even I have a limit. So after four museums, 16KM and the whole TripAdvisor-sightseeing-checklist I called it a day, swam home and passed out. To wake up with 27 degrees and a clear blue sky...  *obscene gesture*.

In order to support the travelers’ community, I spend many hours per week to adequately document all information and advices for prospective visitors, accompanied by a (hopefully) entertaining insight into my personal observations and experiences. This service is and will remain free. However, if you voluntarily want to make a contribution and support my travels and thus the creation of new stories and information supply, here is the button you’re looking for:
Donate
Related:
Go to the Argentina Page for more blogs!​​