Download File
An edited version of this post can be found on STEEMIT: Upvote me to support my travels for free!
​
An opportunity to cross another country off the list, that’s what Brunei means to most.
​
I must admit I didn’t have any wild childhood dreams about this tiny sultanate either. Being so close by, however, I found it hard to resist that persistent traveller’s urge. Off the list it must indeed. 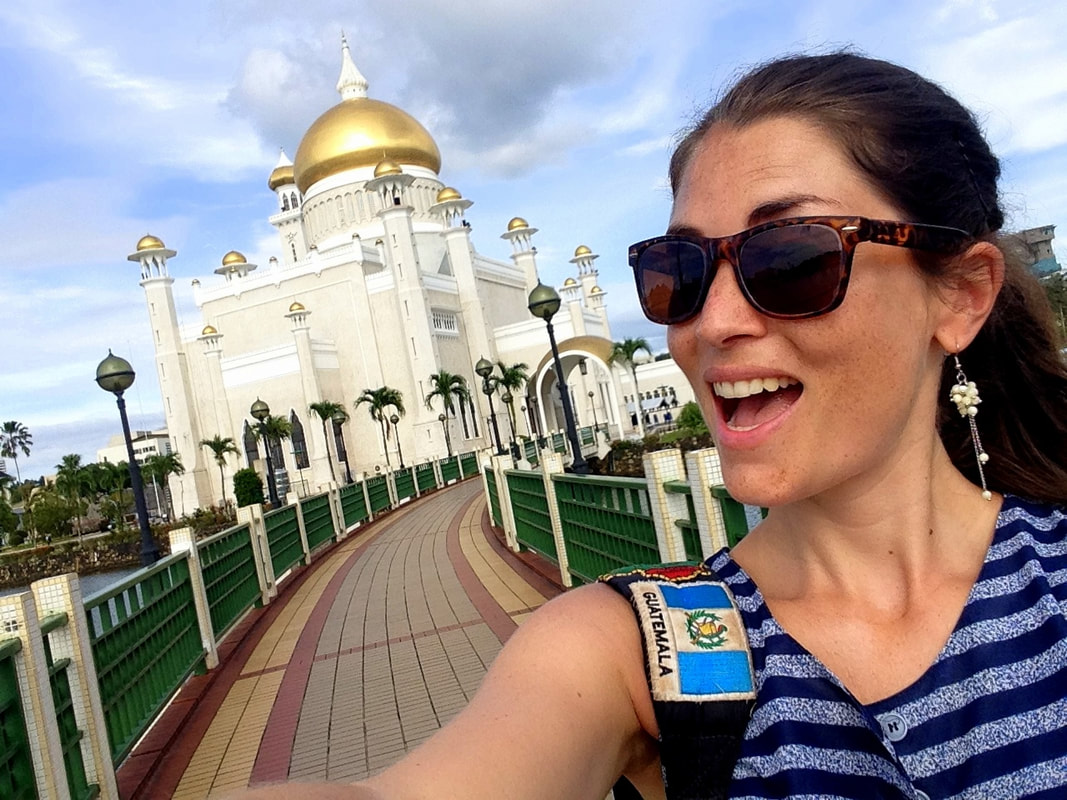 ​The border crossing was quick and efficient, as expected from one of the wealthiest nations in the world, giving way to a land of green fields and black streams. Yes, oil happens. Which is great, money-wise, but as usual, nature is (literally) the black sheep of the whole profit-trade-off. That didn’t scare the birds off though, as I appeared to be blessed enough to witness some tropical species sightings straight from the bus. Thanks for this colourful welcome, Brunei. 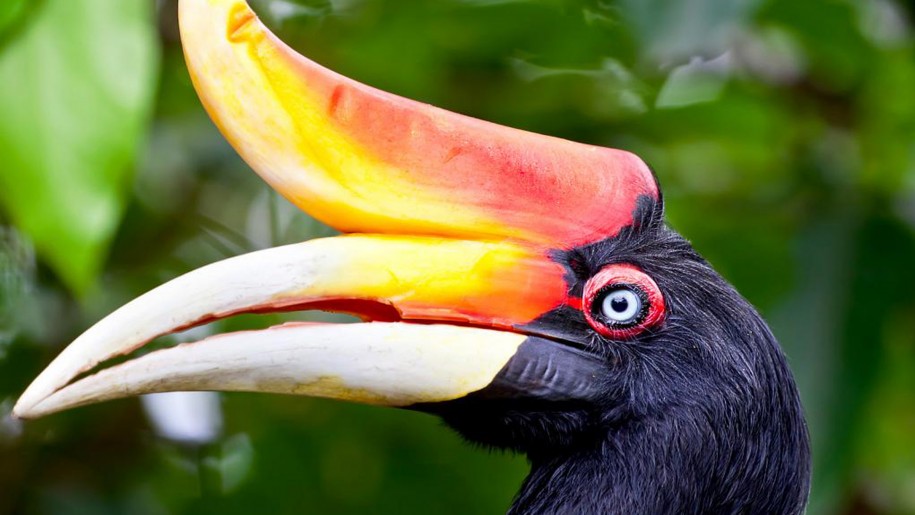 So this bird I saw twice. No idea what it’s called, but he’s rocking that double beak. ​
​
My first impression: HOT! Man, is this country is hot. If you’ve ever been to the Arab Emirates you know exactly what I’m talking about. Borneo is rather scorching in itself, but somehow it feels like Brunei has built some high walls around its borders, stretching out highly to enclose the sun to capture all that heat for itself. Proper microwave-effect. Are the people hot too, are you asking? (Or maybe you weren’t, but in that case I’ll provide you with a complimentary answer). It’s hard to judge to be frank, as everyone’s frantically covered according to Islam standards... but amazingly kind they are without doubt.

After hauling around in the swelter for over an hour, incapable to make any sense out of the local street system (‘jalan’ refers to the main street, the numbered ‘simpangs’ specify the side streets... of which there are many... with the same numbers in different places in town), I knocked on the door of the fire department. In case a house catches flame, which is quite likely with these temperatures, I assume they know where to go. Well, here’s a reassuring thought: they don’t. 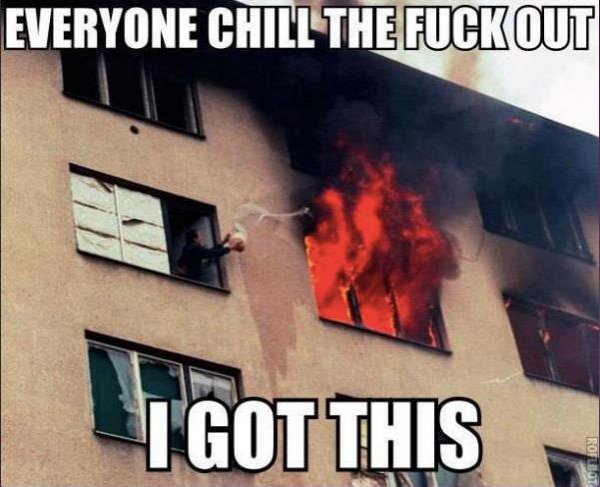 Kind as they are though they immediately offered me a ride, as taxis are almost entirely absent in between these land borders... but even they dropped me off at the wrong building. Only after having climbed twelve stairs five times with two backpacks loaded on my body did I managed to trace down City Backpackers, one of the few hostels in town. Their showers being the first thing I tried.
​

* Tourism is still in the preliminary stage... this hostel was located in an unlocked domestic apartment block. Mattress randomly thrown on the floor, a hole in the window... If I wouldn’t have insisted on paying they would’ve totally forgotten about it. 5* for service though.
I started my self-guided city tour at the Royal Regalia Museum, which is a gift from and tribute to the person that can only be described as ‘the man’ of the country.  Meet Sultan-and-prime-minister-in-one Hassanal Bolkiah: He looks like 35 years old but is in fact 71, his capital is estimated at $20 billion which makes him the wealthiest monarch in the world and one of the richest people in general. His house has 1788 rooms and 257 bathrooms, and he also owns homes in England and the US. 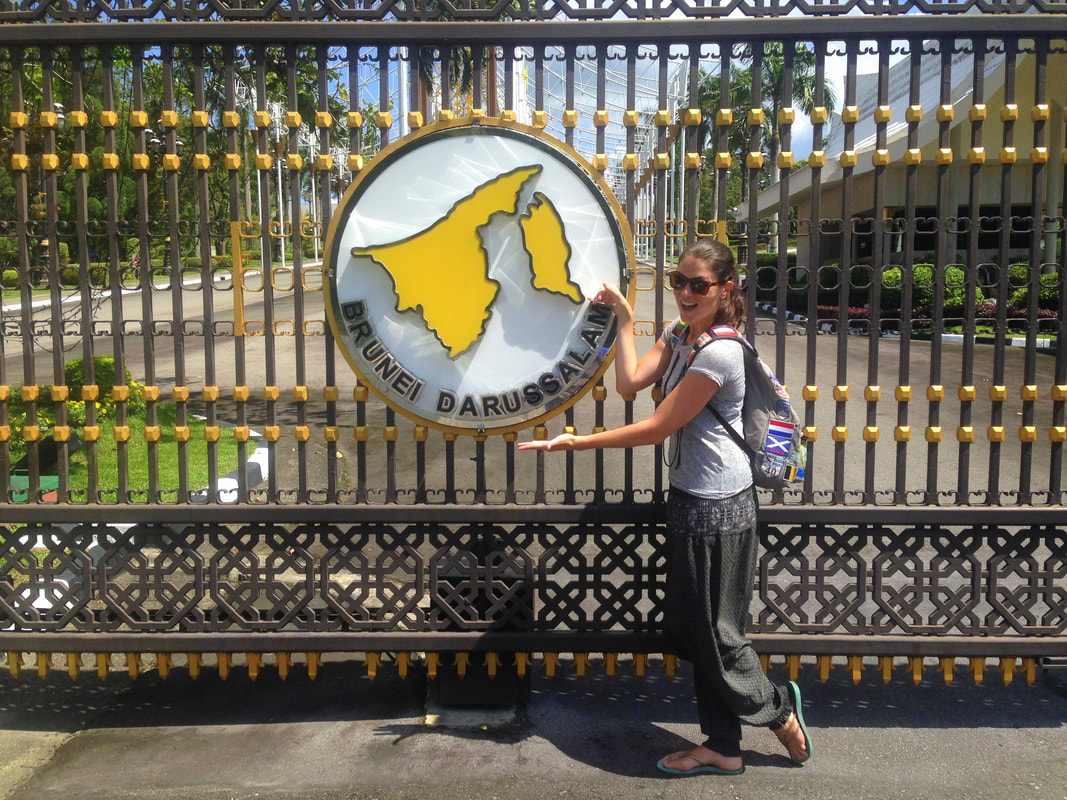 However, it’s not visible to the public. I also took the bus to see Nurul Iman, the Sultan’s palace, with my own two eyes... in vain, the golden gates keep everything out of sight.
​
​
He has 200 horses, a fleet of yachts and over 20,000 cars, among which a Rolls-Royce coated with 24k gold.

When he turned 50 he paid Michael Jackson $17 million for a private show. At some point he had three wives simultaneously (giving him 15 children in total), but in the end he divorced the latest two and stuck with #1. On top of that he received 8 honour university degrees. Some people just have it all. 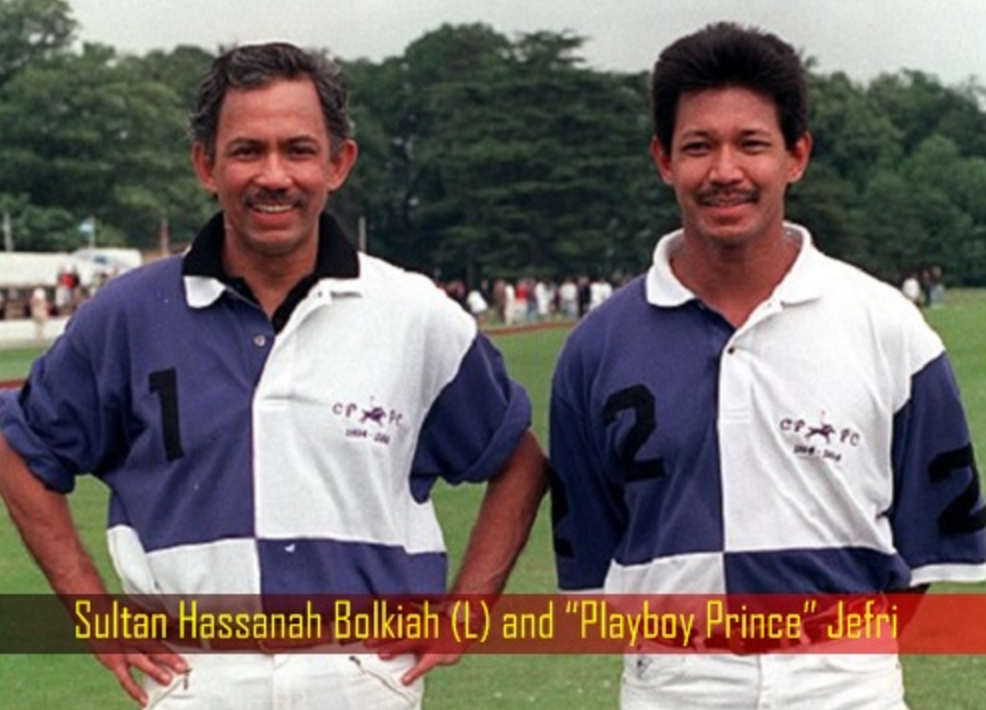 ​Against all odds, he seems to not be a prick. He in fact opens the doors of his ‘house’ once a year to the public, inviting everyone in the country (including foreigners and tourists) for a free three-day feast. On top of that, an ex-NZ-soldier disclosed to me that after Hassanal’s visit to New Zealand he rewarded his entire military entourage with Rolexes worth about $8000 each. And income tax? Doesn’t exist in Brunei! Nice bloke! And in the (also free) museum you can gape at all this lavish extravaganza, royal wise.
Around the corner you can find the Brunei History Museum which comes basically down to copies of letters, so you’re safe to skip that one. It’s better to spend your time visiting a few of the many mosques, which you undoubtedly will. The most central one is the glorious Mosque Sultan Omar Saifuddien, allowing non-Muslim visitors inside at designated hours.
​The most impressive one, however, is the Jame’Asr Hassanil Bolkiah Mosque. You have to go a bit out of town for it, but the pure splendour is worth every effort. Keep an eye on the visitor’s times below to not miss out on this unique opportunity.
I had the great honour to meet the French travelblogger Roobens Fils here. Check out his stories!


Opposed to all this exaggerated abundance you find Kampong Ayer. The slums, technically speaking. Or ‘where the normal man lives’. There’s definitely something special to it, as this far-stretching neighbourhood is entirely built on stilts, some of them alarmingly eroded. And I’m not talking small here:

Kampong Ayer is the world’s largest settlement on stilts, clustering forty small villages connected by a 38-km boardwalk and housing about 3% of Brunei’s entire population.

Schools, clinics and even entire gas stations are all to be found right above the water. 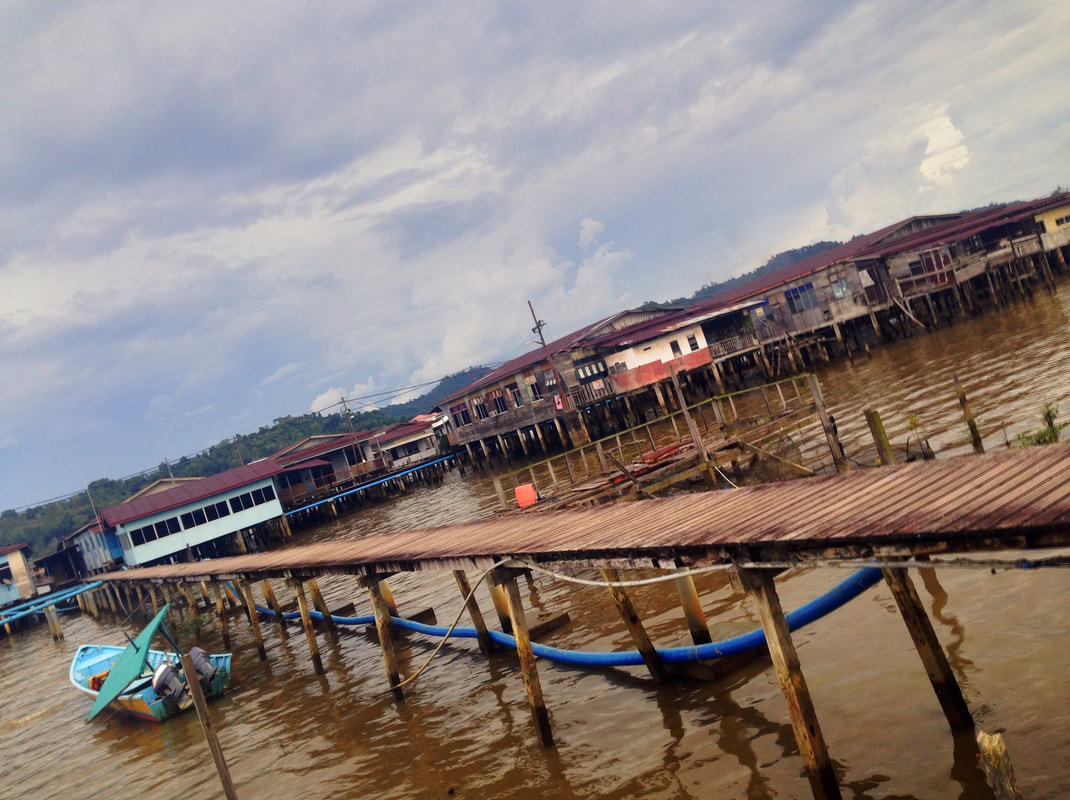 ​At the river side pushy men will loudly inform you about their overpriced boat tours and river transfers, but let me tell you that you can enter this village entirely costless via the flashy new bridge behind the Saifuddien Mosque and the imminent boardwalk. On your way there you can witness the cheeky monkeys searching the abundant piles of trash washed ashore, as material poverty unfortunately often goes hand in hand with poverty of the mind too when it comes to ecological consciousness. 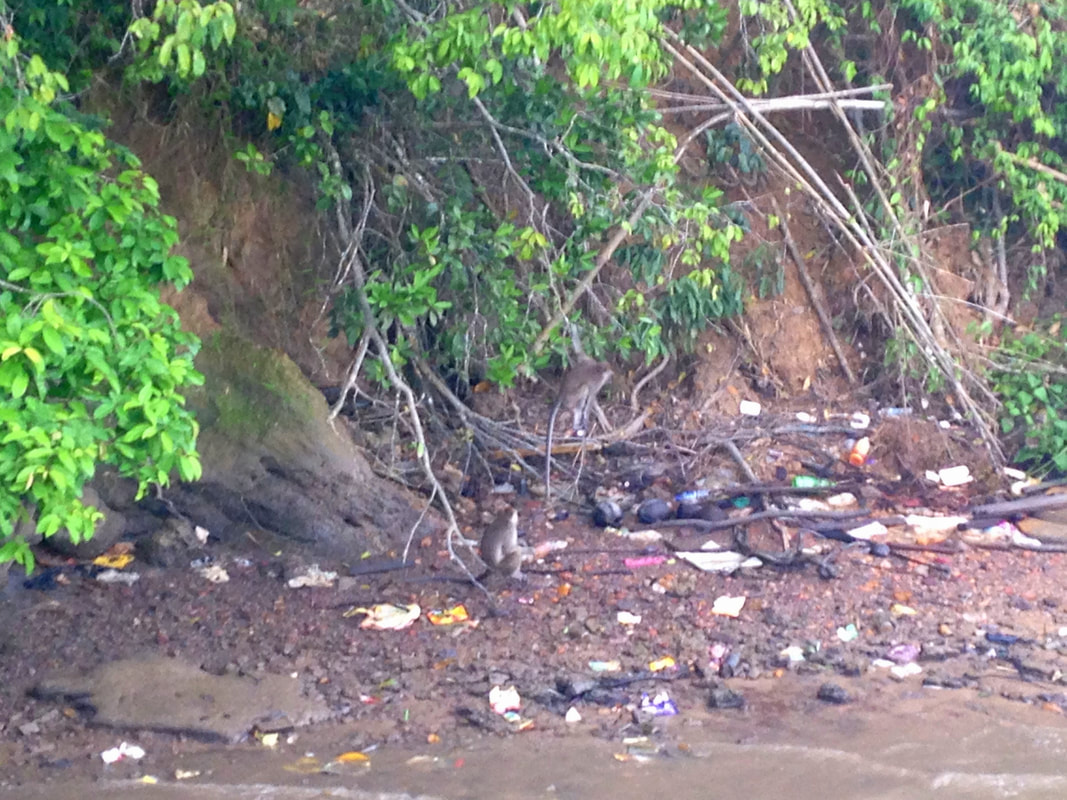 Strongly conflicting with the signs just across the river in the modern city center: 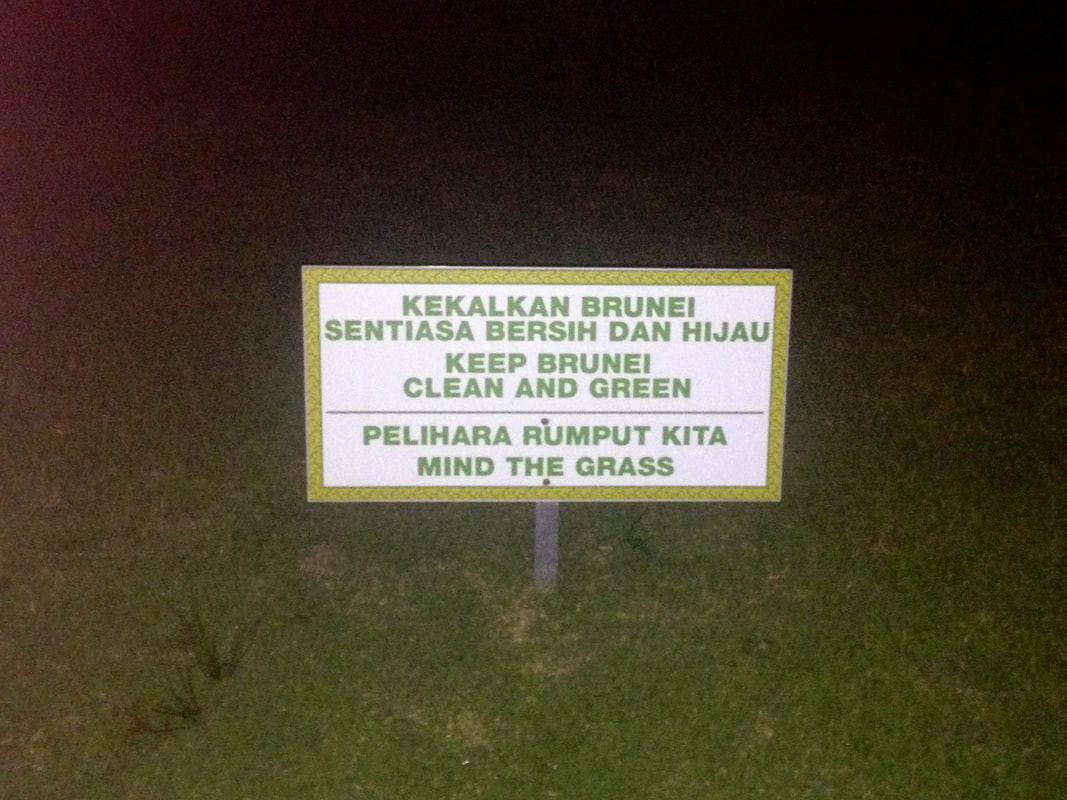 The ‘Venice of Brunei’ they call it and I beg to disagree. It isn’t and it doesn’t want to be. Tradition is kept alive here, preserved like a vivid vacuum of time. Brunei shows its true face. A face that shows solidarity, traditions and a strong sense of morals.

Alcohol is strictly prohibited, smoking (and vaping) is heavily fined and for drugs you’ll face death by hanging.

Don’t even consider committing adultery with a Muslim as alternative nocturnal entertainment or even getting too close to the other sex, as you can attract a fine, imprisonment or both... and also corporal punishments are not uncommon. So what sin we have left for the later hours?

​Eating. Eating a lot.
And surprisingly enough this tiny country houses a modest collection of vegetarian/vegan restaurants. [In this overview: Mituo, Pureland and the Kianggeh Market]
​
​
Except during Ramadan, when you face a year of jail when munching during fasting hours. Exquisite country, Brunei... but money can’t buy freedom. 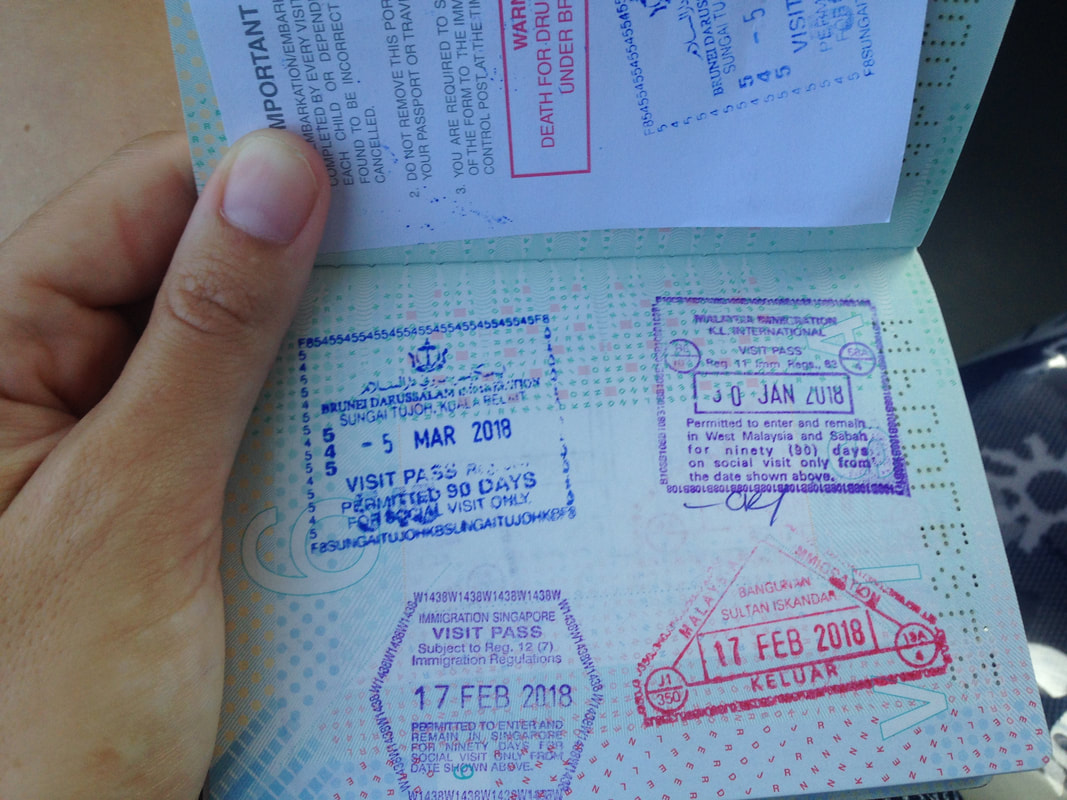 * Excited to go all sober and fill your pockets? Brunei is generally recruiting foreign English teachers. Not only will you receive a salary, you will also be granted a complimentary house and car.


Photo credits: 1 -2
Related:
- Malaysia's hottest hiking spots: visit Taman Negara, Cameron Highlands, Penang, Miri and Kuching!
- The deception of northern Borneo: Don't ever go to Kota Kinabalu
- Make a Malaysia roundtrip: Kuala Lumpur, the Cameron Highlands, Ipoh, Taman Negara, Penang, Tioman Island, Kuching, Melaka, Miri, and Sabah!
​- Visit Europe's mini-countries: Gibraltar, Liechtenstein, Luxemburg, Kosovo & Wales!
- Small & rich: Singapore and all the deceptions that came with it
​​- Comfortable with the uncomfortable? Bohol & Panglao Island, The Philippines
- Travel Asia off the grid… discover the magic of South Korea!
​​- 13 Strange Observations of South Korea
​​- A little sneak-peek into North Korea!
- Mansion-surfing in Jujuy: Staying with the rich and famous in Argentina
- Visiting the mini-country Gibraltar
​​- Pacific-island-hopping: Samoa
​- Jordan, a destination on the rise: Extensive guides to Petra, Amman and Wadi Rum
​- 10 things you can't do in the non-touristy part of Morocco
In order to support the travelers’ community, I spend many hours per week to adequately document all information and advices for prospective visitors, accompanied by a (hopefully) entertaining insight into my personal observations and experiences. This service is and will remain free. However, if you voluntarily want to make a contribution and support my travels and thus the creation of new stories and information supply, here is the button you’re looking for:
Donate