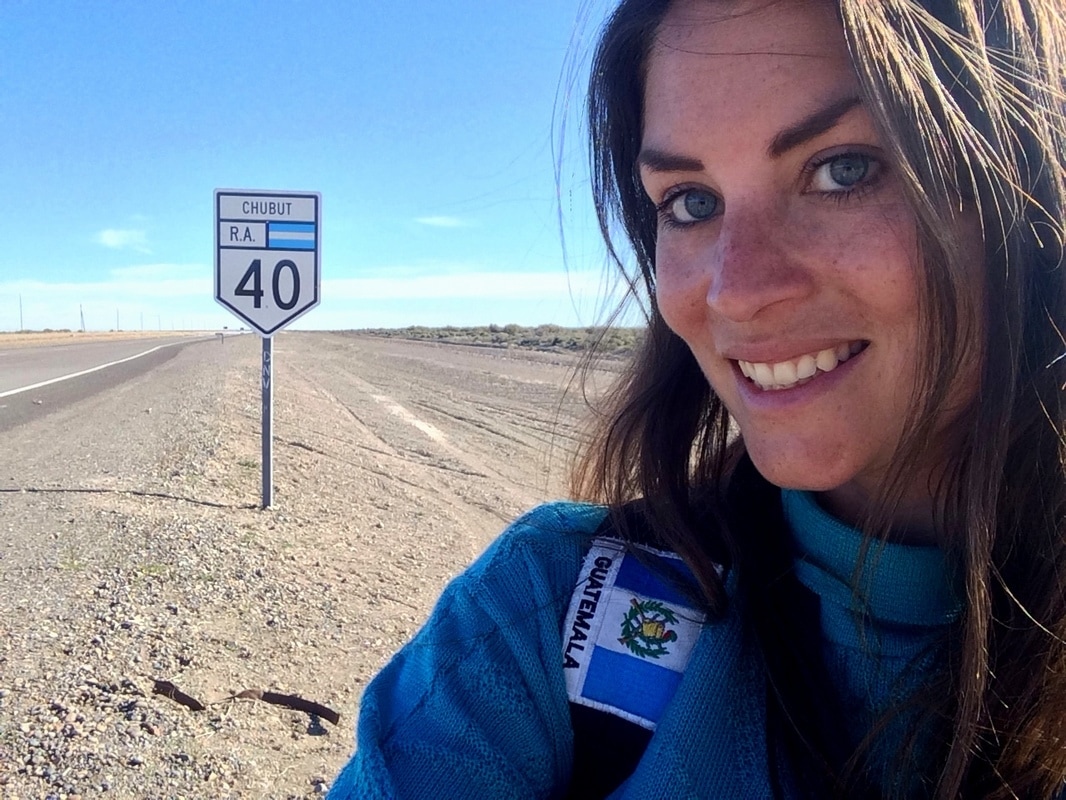 I stroked the hairs out of my face and looked at the map… Esquel – El Chaltén: 1123km/14hrs partly over dirt road, or 1442km/19hrs over asphalt. Add up the waiting time for a hitch-hike in a place where hardly any traffic is seen: that’s quite the journey. I figured it might be better to cut the trip somewhere in the middle, get some proper sleep and continue the expedition. But there’s another challenge: Patagonia is an endless stretch of nothing. Just plain (stunning!) landscapes only every 200/300km interrupted with a tiny-ini-mini village that most likely doesn’t even have lodging.

Nevertheless, I settled with Perito Moreno… the city, not the famous glacier (which is next to El Calafate).

Yeah, in Argentina that seems like a convenient thing to do: use the exact same place- and street names for localities relatively near to each other, not confusing at all. 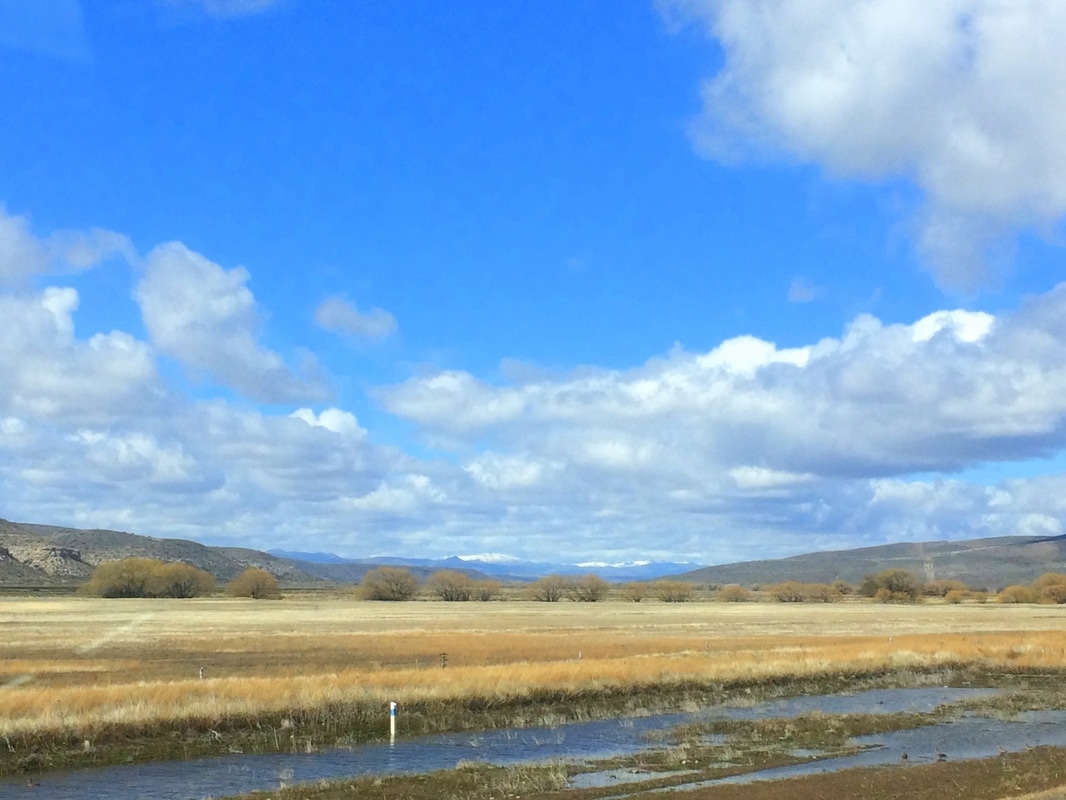 Two 1-toothed Mapuche farmers gave me a ride to the crossing of Ruta 40 in something that had four wheels and some metal on top of it, so I guess that could be considered a car. As these men didn’t even need to be there this was an utterly generous gesture and yet another proof that it’s quite rewarding to belong to the female kind. From there the stream of traffic kind of stopped. Nothing seemed to be coming in my direction, heading south. After 45 minutes the first thrilling sound of a vehicle reached my ears and, luckily, the truck loaded with brand-new cars coming from Chile immediately came to a halt. 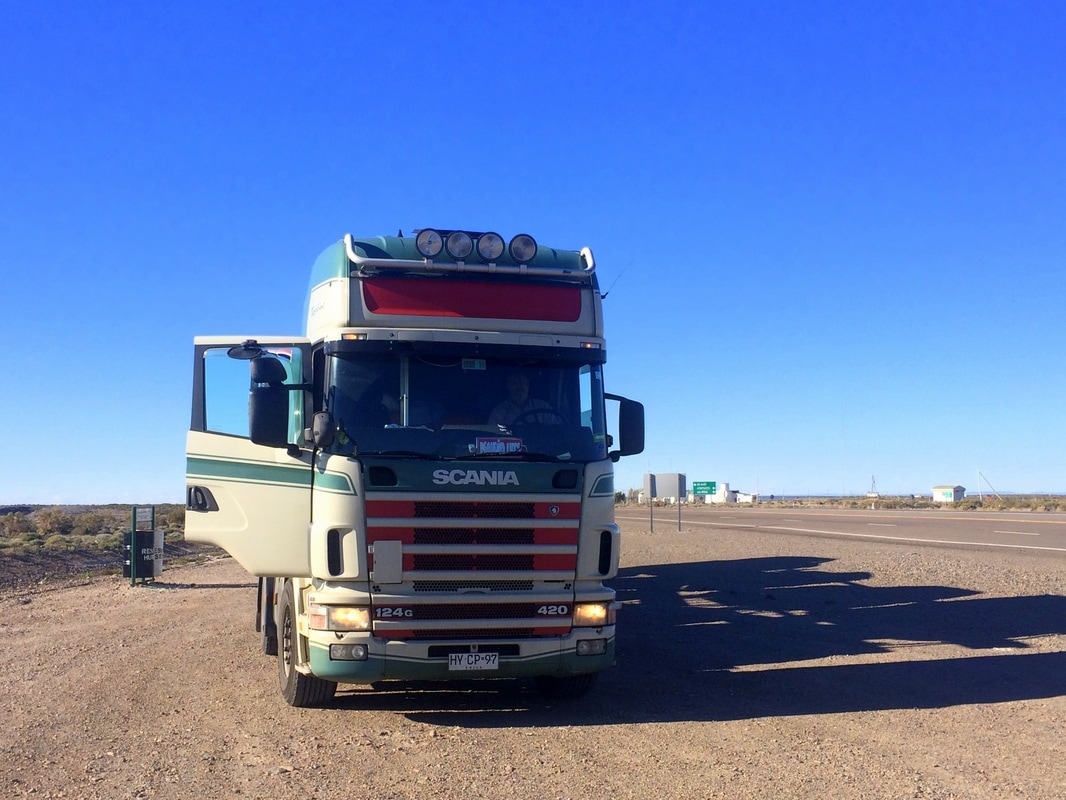 He was going to Perito Moreno, what a brilliant coincidence. The Argentinean trucker living in Chile, listening to the name Luis, and I were an instant match. Even though I had to get my head around his mumbling-Chilean-speedball-accent, I was truly enjoying listening to the stories about the love of his life (his daughter) and his jokes about the exaggerated (?) sense of entitlement his fellow-countrymen deduct from the Malvinas war with the British. In the meantime I watched the vacant pastel landscapes passing by, resembling scenes out of my dreams but kind of better.
You’d love to see pink flamenco’s fly over your car someday, you just said? Well, that just happened! As my interrupted sleep rhythm made me yawn every ten minutes Luis offered the bed the vehicle was equipped with, but I didn’t want to miss one single second of the show that’s called Ruta 40. 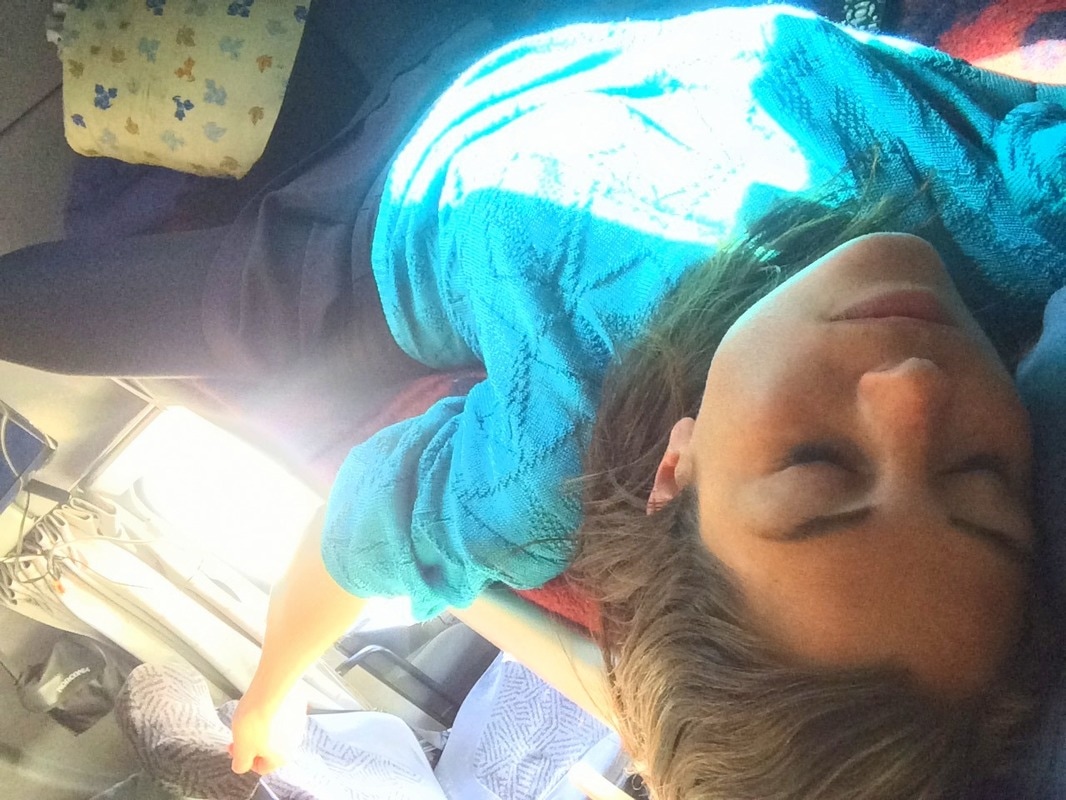 I just went up every now and then to hide for the authorities, as Luis was scared to get a fine for transporting backpackers…
​
While sharing a mate or two (or 20) Luis told me about his partner who passed away eight months ago, at the age of 40. Cancer is a bitch. He stopped the truck to show me the little memorial stone he had made for her, displaying her photo and a personal poem. The look in his eyes when he discovered it broke into two pieces made my heart break into a thousand. The lottery of life doesn’t always play a fair game.
​
Eight hours later Perito Moreno was reached. I hugged my guardian angel goodbye and walked into the gas station to steal some internet. As there were no Couchsurfers around I needed to track down a cheap hostel. While asking the coffee lady for some advice an indigenous-looking man tapped on my shoulder. He overheard my conversation and suggested I’d head to Los Antiguos instead, 60km west and close to the Chilean border, where I would be more lucky finding a hospice… and which is ten times prettier as well. He happened to go there right now and offered me a ride. I stood there for a while looking into his eyes, letting my female-instinct-machine scan this man from inside-out. Test results: Buena onda, good vibes… I felt safe to just go with it and accepted his offer. 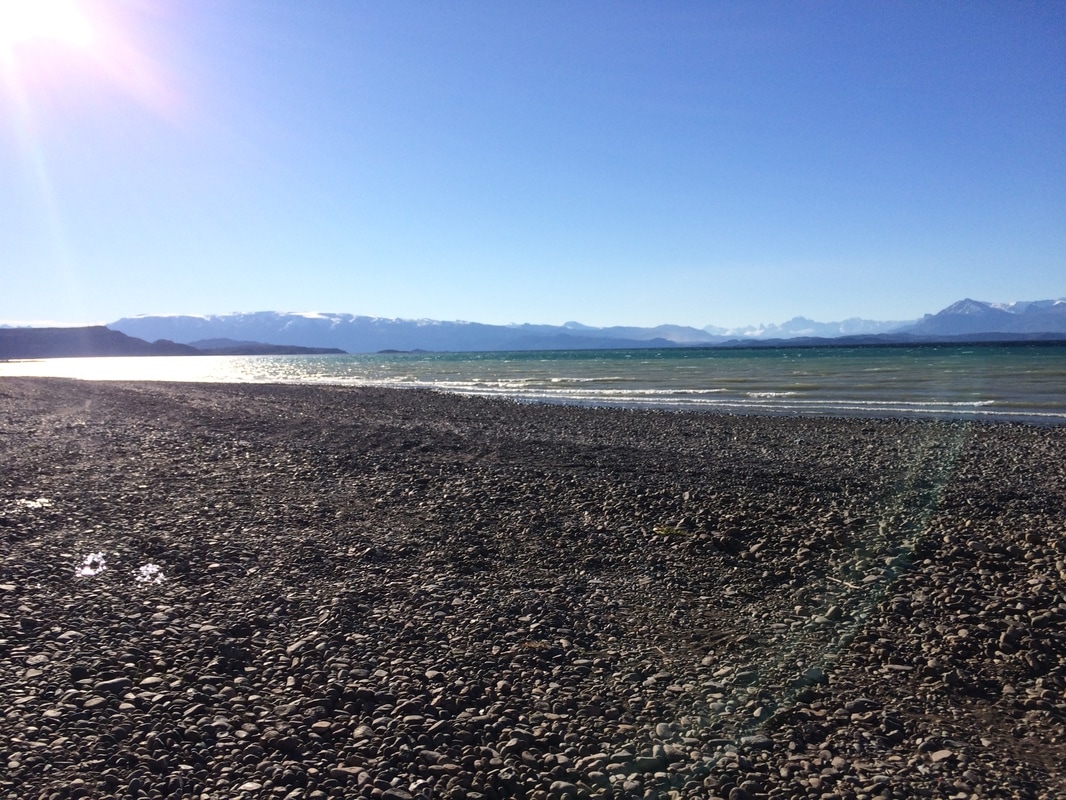 While rolling passed the breath-taking Lago Buenos Aires this man, Roberto, told me about his many years of travelling by the thumb with his now-wife, disclosing every single piece of his South America. “I know how it feels when random people help you out in ways you can’t imagine”, he smiled while driving up some entranceway to a mansion… “This is your ‘hospedaje’ for tonight if you want, travelers are family.” A 100% flabbergasted me stepped into his villa and let his wife Moira and young daughter Violeta hug me like I was a friend they hadn’t seen in ten years and just made a sensational comeback. Dinner was just being served, so they quickly set the table for an extra person. Did I like some wine perhaps?
When I woke up in my comfortable bed the next day I expected to end this wonderful dream right there. But I looked right into the face of Roberto, who just made me some fresh coffee and a breakfast of home-made marmalade his wife freshly prepared. He was just about to go to his work (he’s a psychologist), but he left out his mountainbike for me to explore Los Antiguos if I was interested. Well, I’m Dutch… Dutch heart bikes. And with the little sneak-peek of the surroundings that was granted to me on the way here this seemed like a magnificent plan. 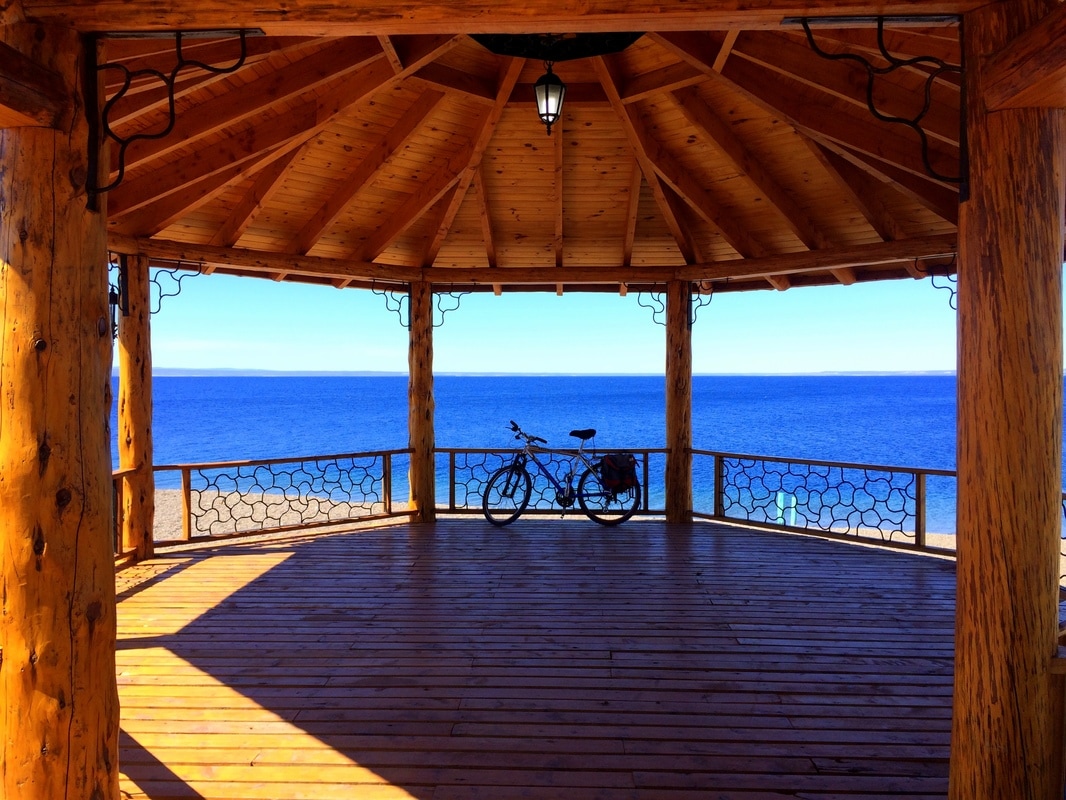 I zigzagged through the streets to discover endless statues of cherries. Aha, Los Antiguos is the main cherry ‘producer’ of the country. Makes sense I guess.
I raced to a mirador overlooking the village and down again to the coastal boulevard where a pier stretches into the giant lake. What a great richness, being here. Sometimes life has unexpected gifts for you in store.

I parked the bike and walked through a small designated natural reserve, which made me rather thirsty. 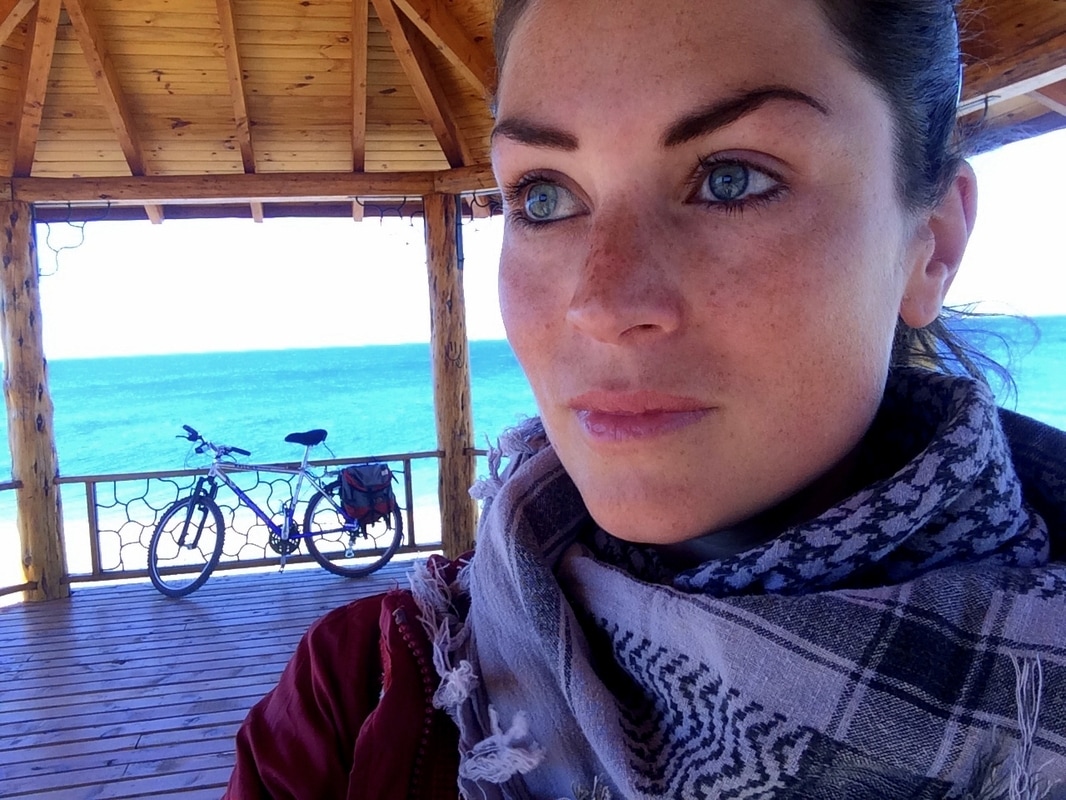 I remembered Roberto mentioning a restaurant ran by a Dutch guy, Viva el Viento (long live the wind… a mantra you’d better embrace, considering the fierce wind-force Patagonia is exposed to). To put this statement to the test I ordered my diet coke in my native language, leaving the waiter dumbfounded and slightly panicking. Then I saw a smiling man approaching: “Dus jij bent ook Nederlands, dan kom ik er even gezellig bij zitten.” While devouring his lunch Nick told me he was born in Buenos Aires, where his two Dutch parents had immigrated to. The entire family had moved back to the Netherlands in the meantime, and so did he, but he’s back again running basically the entire economy of Los Antiguos with his wide variety of businesses. My drinks were on him, and he would be happy to make some time to give me a private tour around Los Antiguos if I was interested?
With his luxurious pick-up van he drove me to all viewpoints the municipality had planted around town over the years. When we checked them all off he shifted into another gear and started driving up the mountains. Like literally in full force up to the peaks, because why not. Two hours later I could honestly say I saw Los Antiguos from all its pretty angles. There was nothing left to explore. Or well, of course there was, there always is: Cueva de las Manos 200km down the road or a trek to Monte Zeballos seemed to be quite the smash-bangs, but you really need your own vehicle for that or book an overpriced tour, which is not my style. 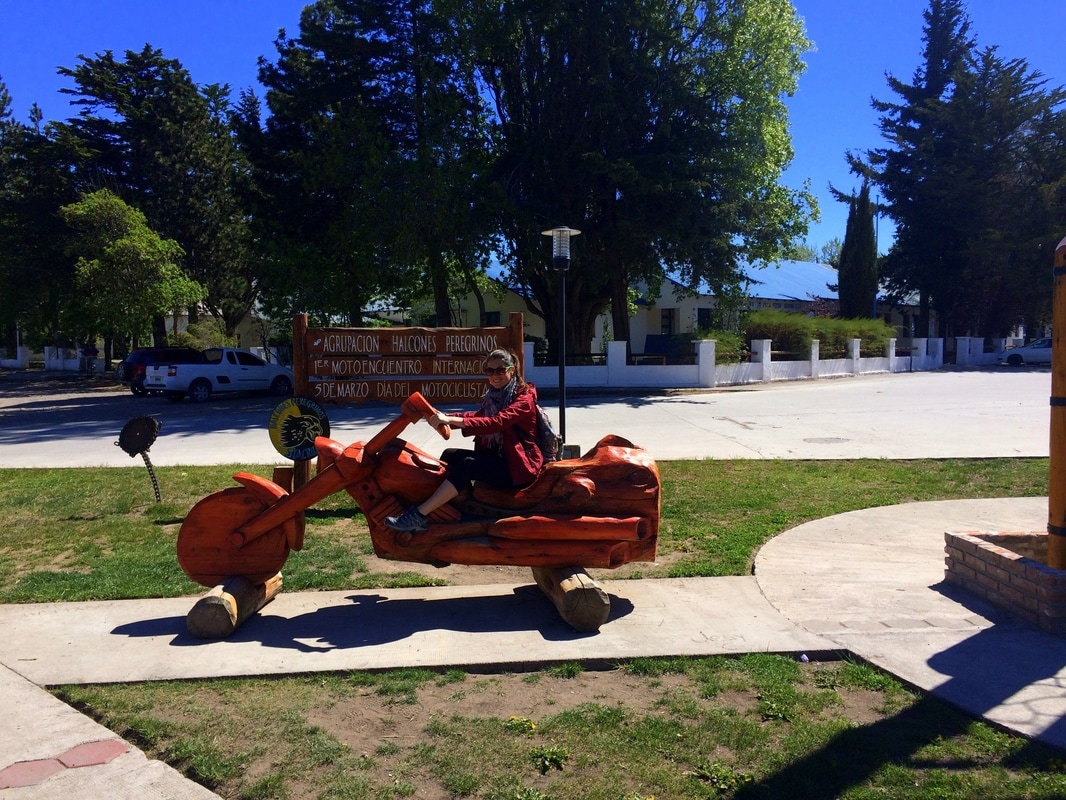 Or you can go by motorbike of course, if you’re epic.

So I returned to my temporary family for yet another healthy dinner and wine-affair. I could get used to that… but I always step out once I get too comfortable, new adventures are constantly on the look-out.
​
And they’re mine to take. 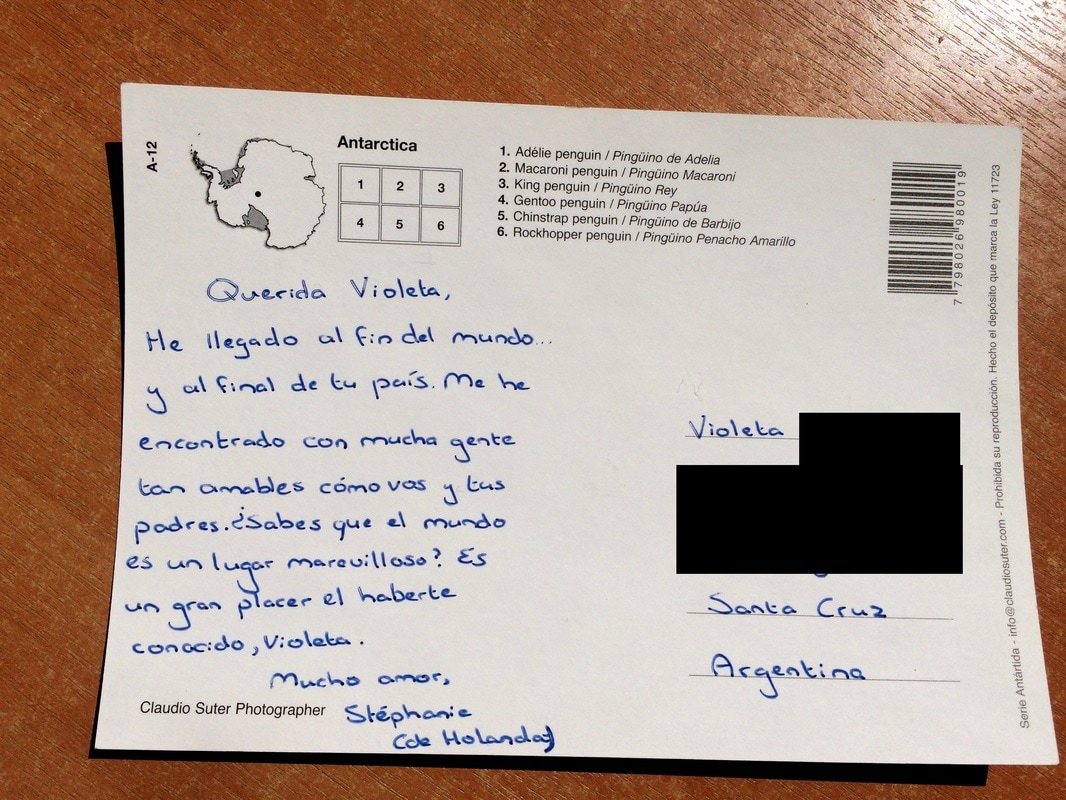 In order to support the travelers’ community, I spend many hours per week to adequately document all information and advices for prospective visitors, accompanied by a (hopefully) entertaining insight into my personal observations and experiences. This service is and will remain free. However, if you voluntarily want to make a contribution and support my travels and thus the creation of new stories and information supply, here is the button you’re looking for:
Donate
For more Patagonia, check:
- The Chile Page
- The Argentina Page
- Check out Budget Bucket List's FAVORITE HIKING DESTINATIONS worldwide!