Download File
I wasn't mentally prepared to leave Guatemala yet, so I decided to head to the northern city of Quetzaltenango, also known as Xela (pronounce: Tttshelllllá). I wasn't sure what to find here… I had heard something about a huge market, but as it turned out that appeared to be in Chichicastenango. Glad all city names sound the same here, not confusing at all. Driving into this northern 'metropolis' I peeked out of the window and I still didn’t know what to think of it. It all just seemed to be quite industrial and grey, nothing that instantly captured me. Another observation was that it seemed to be cold. And not just Caribbean ‘cold’ (like 20 degrees), but European-freezing-your-balls-off-cold. Heights happen. 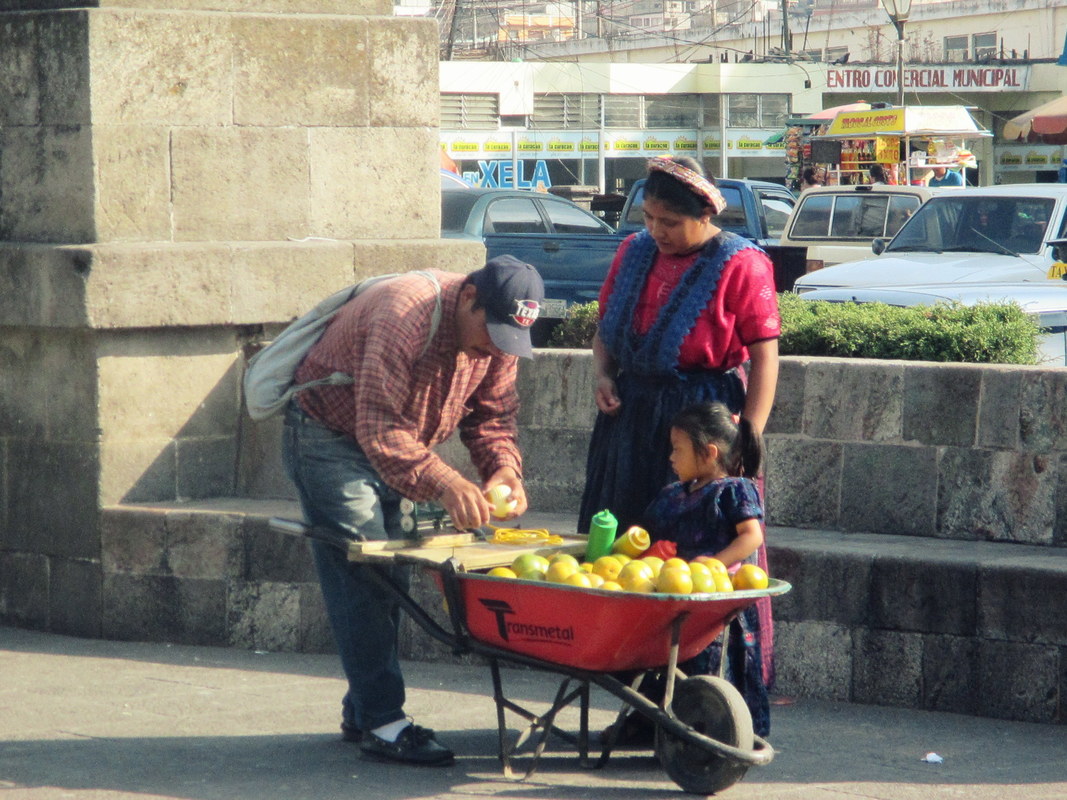 I (had to) hang around for about three hours until our host could welcome us in his unconventional home. Nestor lived in one of the biggest dance studios of the city, his work and passion. He showed us our private room right next to the karate and tai chi space… the walls vibrating on the techno and rap music. I wasn't in for five minutes or I was expected for my first physical challenge: zumba class. Good for the bum. After the first song Nestor screamed the next one would be a "poco más intenso", a shout-out he repeated for the entire hour, without lying.
​
I had another reason to be cheerful too: I was staying right above a vegan restaurant, Casa Verde. It wasn't the only one in Xela, veganism apparently is a thing here (in Central America, shocker). So after a cheap (!) tempeh dinner I was ready to join our host and his other Couchsurfers for drinks in yet another veggie-live-music-place, El Quartito. A pleasant green welcome.
It was going to be a short night. Not only were the non-isolated walls and single glass blinds-windows not keeping out the cold to which I’m not used to anymore after a year Caribbean… the alarm went off at 6AM as apparently I am a hiking-lover (although it didn’t feel like that at that hour). One of the main hikes in the area goes to Laguna Chicabal. 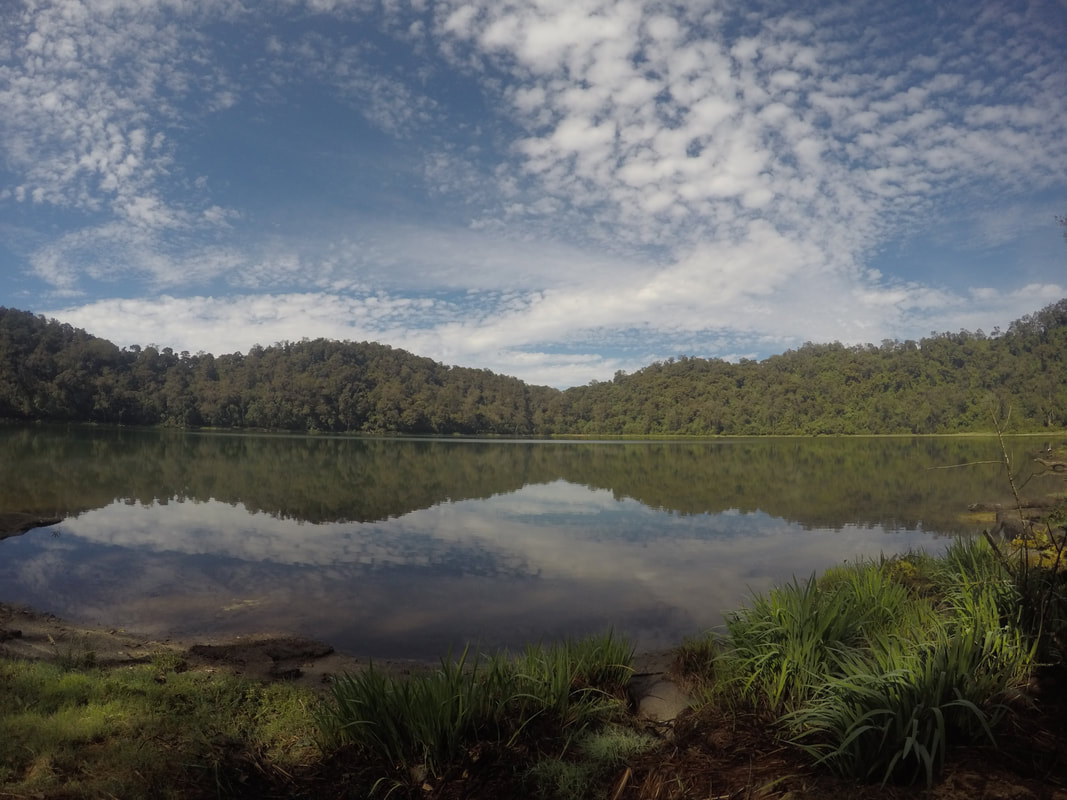 ​I refuse to visit any more volcanoes as I suffer a serious overload, but this is a crater lake so that's something else right? The good thing about volcanic areas is that it's always very fertile, so nature is outstanding. In conjunction with this statement: also here I had nothing to complain… although some people find reasons anyway, the pleasures of committing to a self-organized group daytrip (yes, that’s sarcasm trembling in the air, I’m an individualist). Besides that, it was a nice and steep hike up, so that zumba-bum-drilling came in handy after all. Once at the top we had to descend to the lake, holy to the Mayas. In fact, the traces of rituals that just ended decorated the waterline and chanting voices informed us that a new rite was being performed.
Special. But outstanding? No. I mean, it was nice. But it's not that that this pool of water is Pachamama's masterpiece. If I would have to put a price on it, it for sure wouldn't be the Q25 entrance price they charge foreigners. Anyway, I was there now, so I righteously finished the kind-of-trails and watched the clouds quickly fill up the valley… until there was nothing left to see. 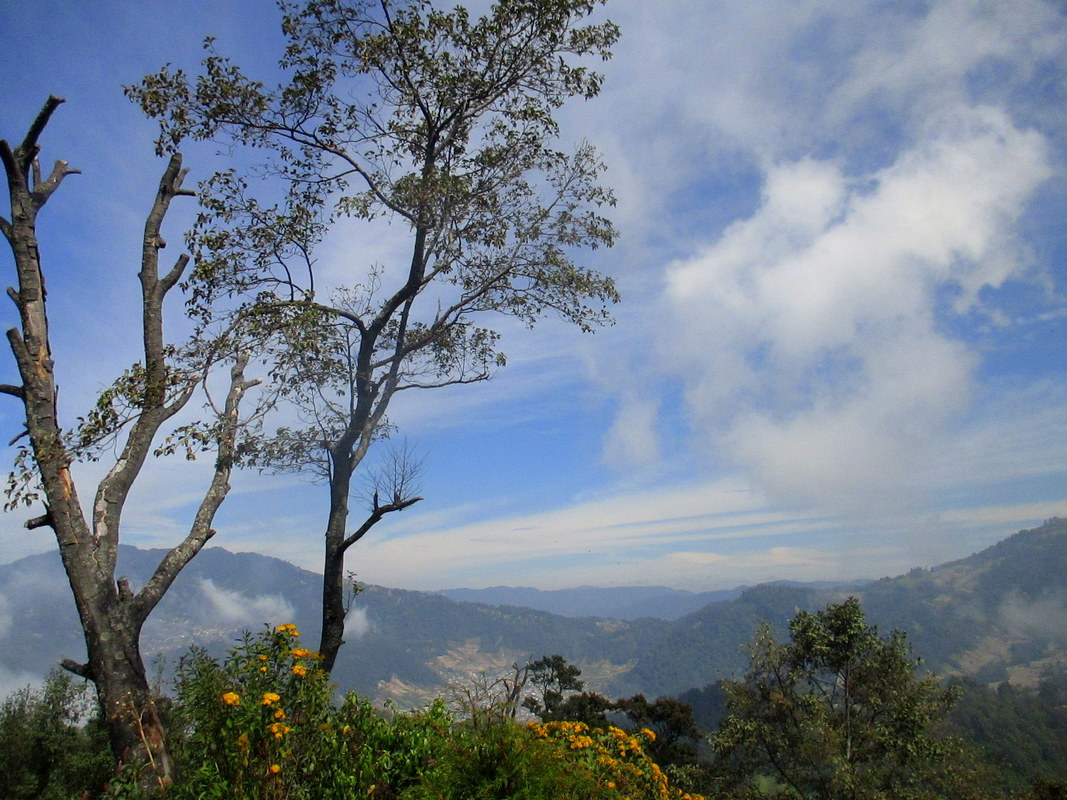 The second day I opted for a self-guided city tour, as a true tourist roaming the streets, my upper body hidden behind a giant landmark-map. I wouldn’t call it a success. The art museum and ‘ferrocaril’ museum attached to it were totally deserted, in the sense that there was not even staff left to sell me a ticket or show me where the exposition was located. There were supposed to be some exhibitions in the Alianza Francesa, but apparently not anymore. The Teatro Municipal was closed for the entire month of January, as was the Teatro Roma, as was the Museo Natural, as was Casa N’oj. “Yeah… we’re not really a cultural place”, the woman at the tourist office shrugged when I informed what I can do. So how to fill a day? Drink coffee and eat. Alright, I think I can manage. 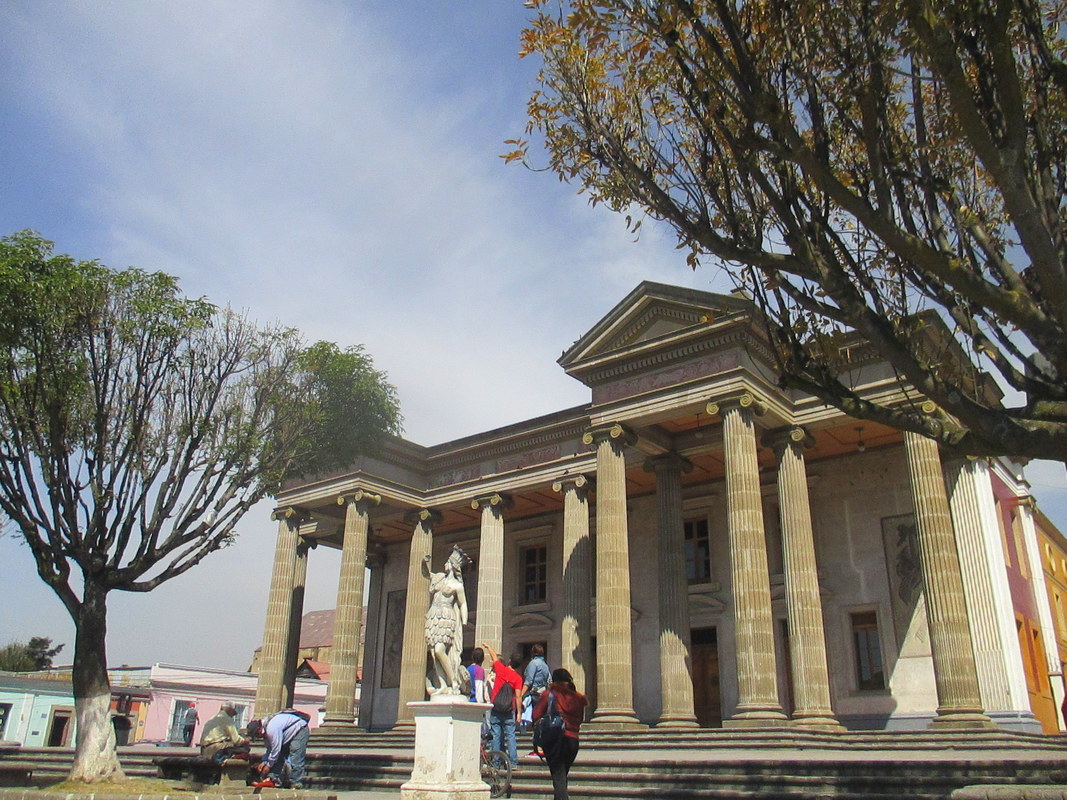 ​I had to come up with something though. The back-then-boyfriend suffered a chikungunya aftershock and was bedbound again. We couldn’t travel. So I decided to just walk around without a plan and hope I wouldn’t end up in the wrong neighbourhood and get robbed (I’ve been there). I ended up at the local cemetery, my idea of a fun day out. The good thing about dead people is that they don’t talk so much, which is really nice of them. I can spend hours in between the tombs and corpses just thinking, writing, contemplating life. On top of that, nothing reflects a culture more clearly than how the local population treats their departed. The colours, the unorganized random dispersion of self-made gravestones, the trash and plastic pollution, the conglomeration of deceased family members (until death makes them not even part), the infusion of scents, the Mayas chanting and throwing flowers… it tells the story of Guatemala.
I looked at the many graves that were basically just piles of sand with nothing, just some plastic flowers in a cut open coca cola bottle… which tells the story of its poverty. I saw people carrying in dead babies and corners of the graveyard smoking of the bodies they just finished burning, all out in the open. Why organize a complicated, official cremation if you just can drag out the corpse and light it up with some matches? I felt so alive.

Even though there was not much to do in Xela (in general or during this time of the year, I don’t know), there’s something about this place. There’s a reason so many expats somehow get in touch with this town and end up settling in. It slowly got me. I maybe wouldn’t call it the highlight of Guatemala, but intuitively it felt like the place that should be home, if only for a little moment.
In order to support the travelers’ community, I spend many hours per week to adequately document all information and advices for prospective visitors, accompanied by a (hopefully) entertaining insight into my personal observations and experiences. This service is and will remain free. However, if you voluntarily want to make a contribution and support my travels and thus the creation of new stories and information supply, here is the button you’re looking for:
Donate
Related:
- Bohemian adventures in Lago de Atitlan, Guatemala
- My homebase in Guatemala: Antigua with its volcanoes
- Couchsurfing on a boat in Rio Dulce, Guatemala
- The most beautiful natural treasure of Guatemala: Semuc Champey
- The biggest Maya city: Tikal, Guatemala
​- A vegan pilgrimage in Belo Horizonte, Brazil
​- The back grave-flats of La Paz, Bolivia
- The Gorilla Mega Classic fitness competition in Cuenca, Ecuador
- What tourists skip: Hiking in San Sebastián de Yali, Nicaragua
- Nature at its finest: Monteverde, Costa Rica
​​- Outdoors lover? Head down to Ecuador and don't miss Banos
​​- The 4-day Adventure Sports Jungle Trek to Machu Picchu, Peru
- Getting lost in the undiscovered forests of Brazil: Itatiaia National Park, Cambará do Sul and Ilha Grande
- Green in Colombia: Minca, Salento & Tayrona National Park
- An overnight forest hike in the hottest part of Paraguay
- The green heart of Uruguay: Minas
​​- Chilean greenery at its best: Isla de Chiloe
- A perfect wooden cabin in the middle of absolutely nowhere: Aukštaitija National Park, Lithuania
- Hiding in the woods: the non-touristy Mols Bjerge National Park, Denmark
- Hiking the Highlands: Glencoe (West Highland Way) and Isle of Skye, Scotland
​- Working out with Couchsurfers: Kaunas [Lithuania], Oaxaca [Mexico], Edinburgh [Scotland]
​- Discover Romania's enjoyable cities: Bucharest, Brasov and Cluj Napoca
​- Check out Budget Bucket List's FAVORITE HIKING DESTINATIONS worldwide!