Belgrade wasn’t love at first sight (at last sight, so to say) – but Niš most definitely was. I don’t know if it was the comfortable snugness of a compact city centre, the hustle and bustle of adjoining cafes creating a vibrant bar and restaurant scene both day and night, or the fascinating people living life intensely along (and over) all edges of the spectrum. Niš and I just clicked.

Maybe it was the darkness both in its landmarks and history sharply contrasting with this uplifting nature of daily grind that caught my attention and triggered my affection so fiercely.
Too busy to read now? No problem, save it for later!
​Save on Get Pocket | Save in Browser Bookmarks| Save on Instapaper
Niš breathes history, dotting modern daily life with monuments of obscurity.

Surely, the years under Ottoman domination might have brought the burek, a by now such internalized (mouth-watering!) dish it’s more central to the Serbian kitchen than it ever was or will be in Turkey… but at the same time there is the Ćele Kula, a tower erected out of the bones and skulls of Serbs (constructed by the pissed off Ottomans after folk hero Stevan Sindelic realized the Battle of Cegar in 1809 was a lost cause, and subsequently blew himself up by setting a powder magazine on fire – taking his troops and hundreds of Ottomans with him). One can stroll through the lush parks and gardens within the walls of the Niš Fort, leisure in urban greenery quietly overlooking the Nišava River, gazing thoughtlessly upon the ruins of periods of foregone prosperity as well as oppression.​​​

Just outside of town one can also visit the Medijana excavations, an archaeological site from the late Roman area. If it’s open, that is… or if you’re willing to climb a fence at broad daylight, like I did.
​

I could breathe in the energy of diversity brought by an increasing international blend of locals and foreign visitors alike, delivered by low-cost airlines spreading their tentacles down to southern Serbia… but an hour later also witness the pain of external infiltration of the past: Crveni Krst*, the Red Cross Concentration Camp, serves as an inescapable reminder of Nazi evil that also stained Serbia. This same both fortunate and devastating international integration that once created a powerful unified Yugoslavia, but made it crumble down exactly because of this diversity and the human sentiments floating out of such realizations. And if you allow me to shift from macro to micro: The warm welcome I received as a visitor from every single Serb that crossed my path - shattering media-induced stereotypes with a reality of hospitality and inclusiveness which could be a purpose of travelling on its own - contrasting with the swiftly faded smile when you refer to Kosovo as a separate entity. It all makes sense, even if it shouldn’t. 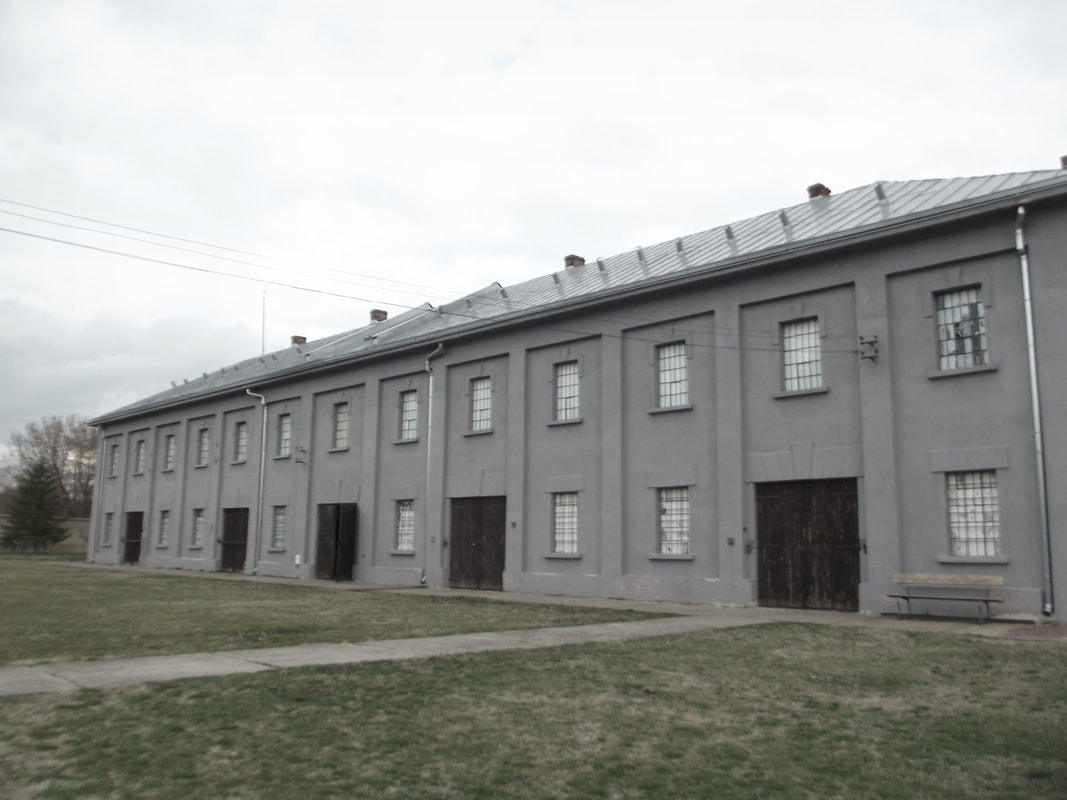 * Another WWII Memorial can be found in the Bubanj Park, situated at one of the largest mass execution sites of this entire war.

​
It is this black-and-white contradiction that works on me like a magnet. I don’t like fenced and categorized observations or ultimate 1-sided answers, because that’s not how life works… on any level.​

I want to walk in environments of ambiguity triggering constant questioning, and meet people who throw rusty stereotypes right back in my face.

Niš gave me all of that, and more. So much more. Hell, I even marched along in an anti-government protest. Talking about ambiguous environments! I met people life would have never led me to if I followed its flow set out by my background, people that opened my eyes. I stayed, overstayed and returned... four times to be exact. Maybe it was that fortunate location on the way to Sofia and former Constantinopel that attracted the Byzantines, Romans and Ottomans… but maybe it’s just Niš. I believe the latter. 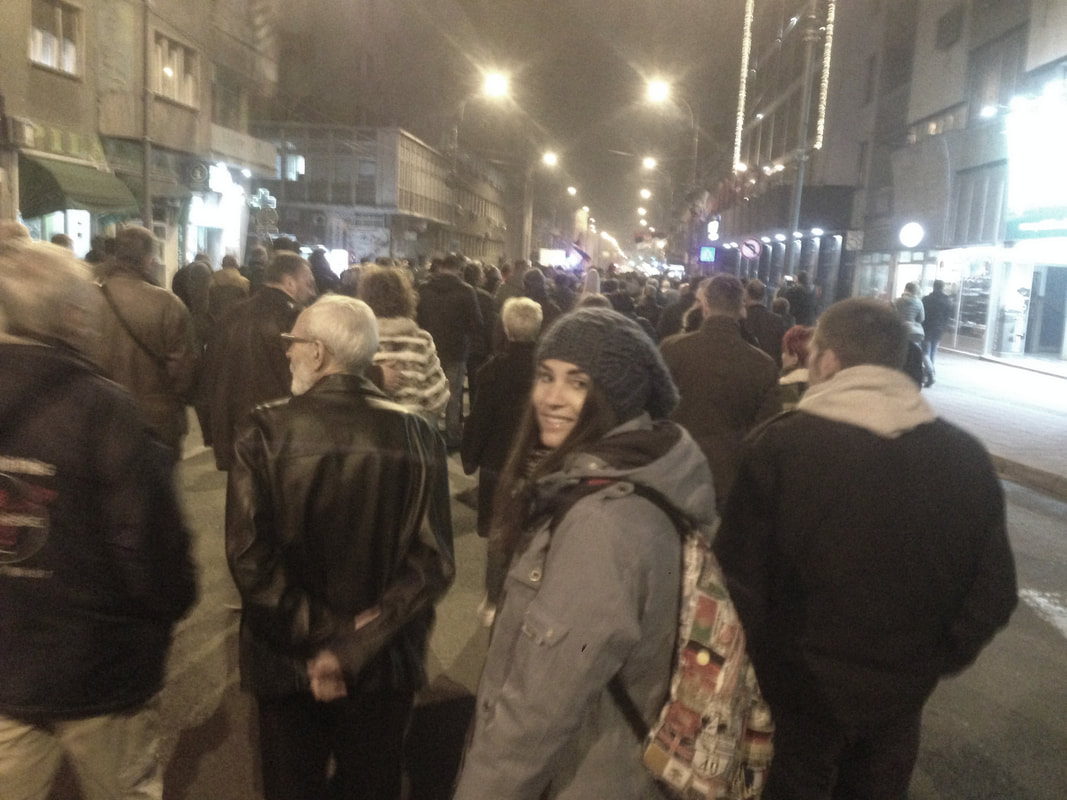 * Extra Info: Transport
​
They say all roads lead to Niš. That might be true, definitely within the context of Serbia, but some roads are a bit more efficient than others. Bus travel to other bigger cities goes more than twice as fast as taking a train, mainly related to the outdated rail-network (the trains are actually quite modern). However, the train routes are much more scenic! Keep into account that in the entire Balkan area, incl. Serbia, public transport isn't a great way to travel the countryside or more remote areas... buses come when they come (which isn't often) and there are no reliable time schedules. It took us about 8 hours to reach Stara Planina from Niš, about 100km. I recommend hitchhiking or renting a car to reach places such as Kopaonik, Stara Planina, Zlatibor and Tara National Park (which you should​ visit).

To get from the airport to downtown Niš, take bus 34a or 34b. Tickets purchased on the bus.

A good way to get around in the Niš countryside is by bicycle. I recommend the journey along the Nišava river towards Gornja Vrezina, and looping back via Maca, Prosek and Niska Banja.
** Extra Info: Festivals

Probably the best time of the year to visit Niš is in August, when the famous Nišville Jazz Festival welcomes aficionados from all corners of Serbia and beyond. Not only do they lure the best of jazz to their spectacular ancient fort that during this occasion makes space for no less than 7 stages; the organisation doesn’t neglect the need for variety either, by offering popular acts fusing genres such as reggae, hiphop and good old Balkan folk. Personally, as a non-jazz-connoisseur, I visited with zero expectations and an open mind, and I left 4 days later still swinging with a head full of memories and a broadened palate of musical taste and new exciting bands I would have never discovered without Nišville. An unforgettable event I recommend to everyone blessed enough to travel Serbia.

Niš is the city of burek. These delicious, freshly baked, crispy, fatty-fingers rolls might feel rather heavy on the stomach, which is why it’s surprising this is actually a breakfast dish. Other local dishes include meat-loaded cevapi (grilled minced meat), pljeskavica (Serbian-style hamburgers), pecenje (roasted meat), and cvarci (pork rinds). If you wonder if there’s anything available that doesn’t cause instant organ failure, I have good news for you: Vegetarian and vegan winds freshly blow over the globe and surely didn’t exclude Serbia. Delicious food-stops such as Juice Point provided me with my daily shot of vitamins, without me even trying.

For more info on local food specialties: Check out the Free Budget Fact Sheet! ↑
In order to support the travelers’ community, I spend many hours per week to adequately document all information and advices for prospective visitors, accompanied by a (hopefully) entertaining insight into my personal observations and experiences. This service is and will remain free. However, if you voluntarily want to make a contribution and support my travels and thus the creation of new stories and information supply, here is the button you’re looking for:
Donate
​Related:
- Travel Serbia harder - Belgrade, Novi Sad, Stara Planina and the gems of South-Western Serbia!
- The 3 golden rules to travel Sofia on a budget! & Why you shouldn’t miss out on Plovdiv! [Bulgaria]
- Cross the border to Romania for more eastern European discoveries
- Visit Europe's mini-countries: Gibraltar, Liechtenstein, Luxemburg, Kosovo & Wales!
​​​- Guest Blog 'Kosovo Girl Travels': Travel tips and stories from Kosovo's first and only travelblogger!
- Experience the bright and dark side of Vienna [Austria]
​- Europe's best skiing & hiking: Get your ass over to jaw-dropping Switzerland!
- Citytripping in Copenhagen [Denmark]
​- German gems: Aachen & Frankfurt am Main
- Witness the many faces of Lithuania within the city of Vilnius
- Visit the historical crown of Scotland: blissful Edinburgh
- Dutch delight: wonderful Haarlem!
​- 3 reasons why you need to visit Nijmegen [The Netherlands]
​​- Top-5 places to visit in South Limburg [The Netherlands]
​- Discover more Belgium: Antwerp & the most kick-ass Flanders itinerary!
​​- Discover the splendours of Turkey: Istanbul on a Budget & Reasons to visit Edirne
- A city of a grim history and pleasant present: Pablo Escobar's Medellín, Colombia
- Reliving history in Leon, Nicaragua
- A glimpse into North Korea: entering the DMZ Zone
​​​- Check out Budget Bucket List's FAVORITE HIKING DESTINATIONS worldwide!
- Visit Balkan's finest: Montenegro's National Parks Blog, Kotor Bay & Lovcen NP and Cetinje, Durmitor NP, Podgorica, Prokletije NP and Montenegro's Coastal Towns Blog
​- Read about Bosnia & Herzegovina: Mostar, Blagaj, Trebinje, Sarajevo, Jajce, Banja Luka and Sutjeska National Park (incl. Maglic Peak - the country's highest!)
​- Get your Albania itinerary ready: Berat, Gjirokastër, Korcë / Ohrid Lake, Theth, Shkodër, Tirana, Mount Korab & the coast!