Tuesday, December 9th, 23:30, Tumbes (a.k.a. the place were civilization got forgotten)

Hello friends, family and random readers. Let’s first start with some positive news: I am still alive and kicking. I might need to kick (and bite and scream) a bit more tonight as the place where I ended up is generally described as the most dangerous place in South-America… which is considering the reputation of the whole continent quite alarming. How do I end up in this shithole, you ask me? Well, let’s start at the beginning.

Yesterday I was still leading a very happy and peaceful life in Cajamarca, a wonderful city in northern Peru where I spent two days. As I would like to be in Cali (Colombia) at Christmas I needed to head to Ecuador soon. I thought southern Cuenca would be a beautiful starting point. I checked all possible flights, but as I would have to fly from Trujillo to Lima to Quito to Cuenca I was almost as fast by taking a bus. Or so I thought. Not looking forward to this hell of a ride, but still optimistic, I merrily bought my ticket for the 11PM nightbus from Cajamarca to Chiclayo. With Linea, a more expensive but comfortable company I arrived there after six hours sharp and even took a nap for four hours. I could take another Linea bus straight to Piura, where the Ecuador-bound buses were supposed to take off. In theory, that is: the next two buses were sold out, so I had to wait two hours. Why didn’t I book a ticket in advance then? Well, after two roadblocks in Peru that only cleared up after half a day I didn’t want to test it another time. 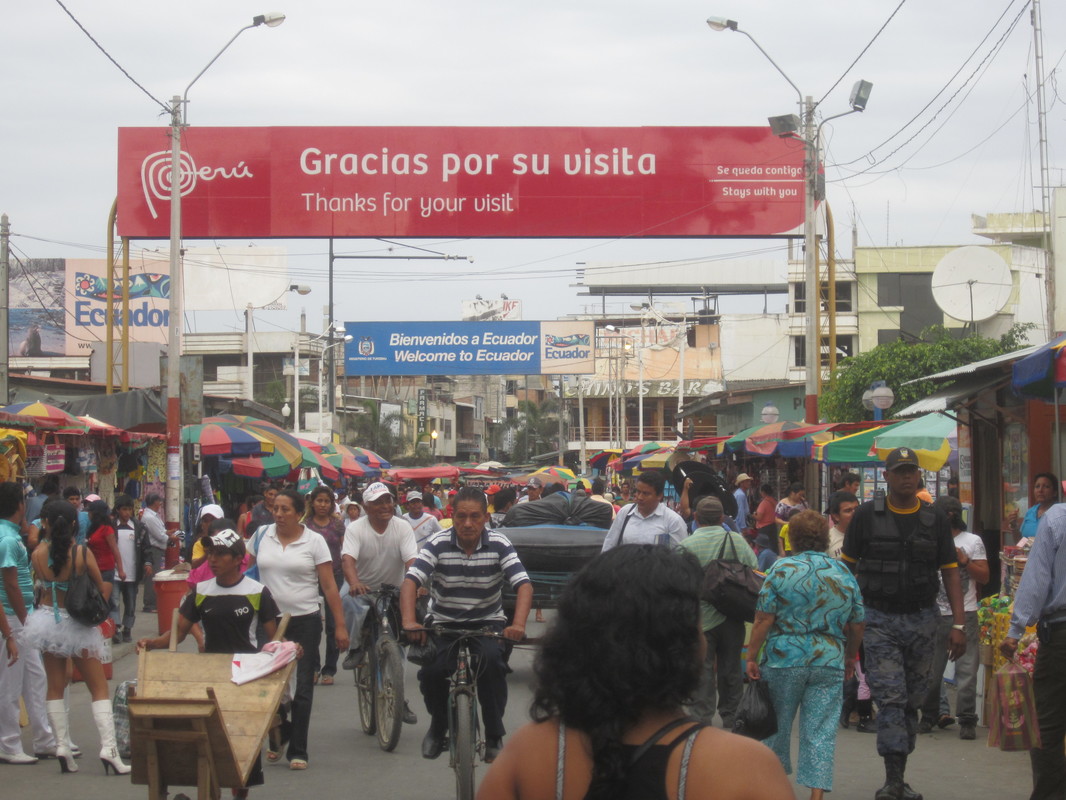 ​The bus to Piura took off at 7AM and I arrived at 10:30AM, where I met a Canadian couple who were heading to Guayaquil (another side of Ecuador) to fly to the Galapagos islands, intending to enter the country via the Tumbes border crossing. I heard that Tumbes was a dodgy place, so I tried to go via a different border crossing. However, Piura is a sweltering hot unorganized mess inhabited by unreliable bastards… so after 45 minutes of walking up and down a long chaotic street that reminded me of a blend of Bangkok and Jakarta, I looked like I just took a boiling hot shower with my clothes on. It was like all the locals made a secret pact to have some fun with the gringo, as they kept on sending me to the opposite place all the time until I gave up. F*ck this sh*t, let’s go to Tumbes as well, at least we will suffer together. And suffer we would. At 11:30AM I drove out of Piura in a bus that deserves an award (Most Crappy Bus of Peru, #1) and arrived in Tumbes 5,5 hours later.

Homework: Google ‘Tumbes scams’  and be shocked. I did and decided to take a recognized international bus company to cross the border without hassle: Santa Cruz or Chifa. Well, Santa Cruz didn’t leave until Thursday and the Chifa office was bankrupt. Awesome. Four times on the street we got offered a taxi to the border, from where to take a bus. These taxi’s weren’t taxi’s, but private rattle-cars from locals. And you know what happens then, according to The Mighty Internet? They take you wherever the gangs they cooperate with await you, point a gun at you, take your stuff and money and decide whether or not to kill you. Hm, I had different plans for tonight. Also, many ‘tour agencies’ offered private transport all the way to Machala, where I could change buses to Cuenca. Just 160 dollars (475 sol). Say whaaaat? I paid 15 dollars for a full night and day of bussing and this was just a 2-hour ride.

And on top of that, I have a very strong female instinct, and this instinct had already eliminated everything in Tumbes that breathes.

So… we walked and walked and walked until we found Chiva Elite, another international company the Canadians had a good experience with that went straight to Guayaquil at 2AM. Sometimes you need to be a smart traveller, not an efficient one. Ok, Guayaquil it is, who knows what I’ll find there, screw Cuenca… I just want to get out of here as fast as possible and continue with my life. 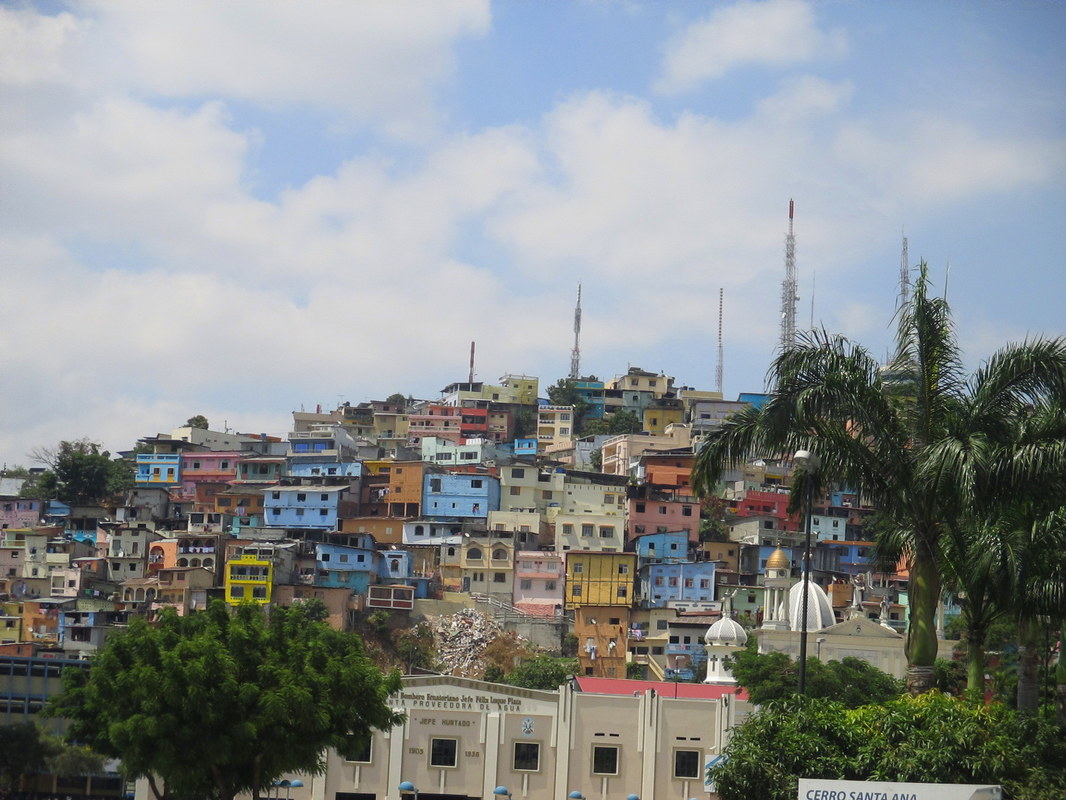 ​So there I sit. In an empty bus terminal with two other gringo’s. Which we all have to thank to my ability to speak a bit of Spanish while sensually in slow-motion throwing my hair back… the security guard planned to let us wait all night on the most dangerous streets in South America in the first place. Ready for another sleepless travel-night, after a night and day of travelling already behind us. I am just going to lie under this plastic Christmas tree and try to sleep on the dirty floor, using my backpack as a pillow. Mama, I miss you, being an independent adventurous grown-up sucks sometimes.

Thursday, December 11th, on the way to Cuenca

Once more, let’s start with good news: I am alive again, although I felt different yesterday. After a total of two nights and a day travelling arrived in yet another terrible place: Guayaquil. How many shitholes can one handle in 48 hours? This smoggy humid place didn’t quite capture me with its charm. 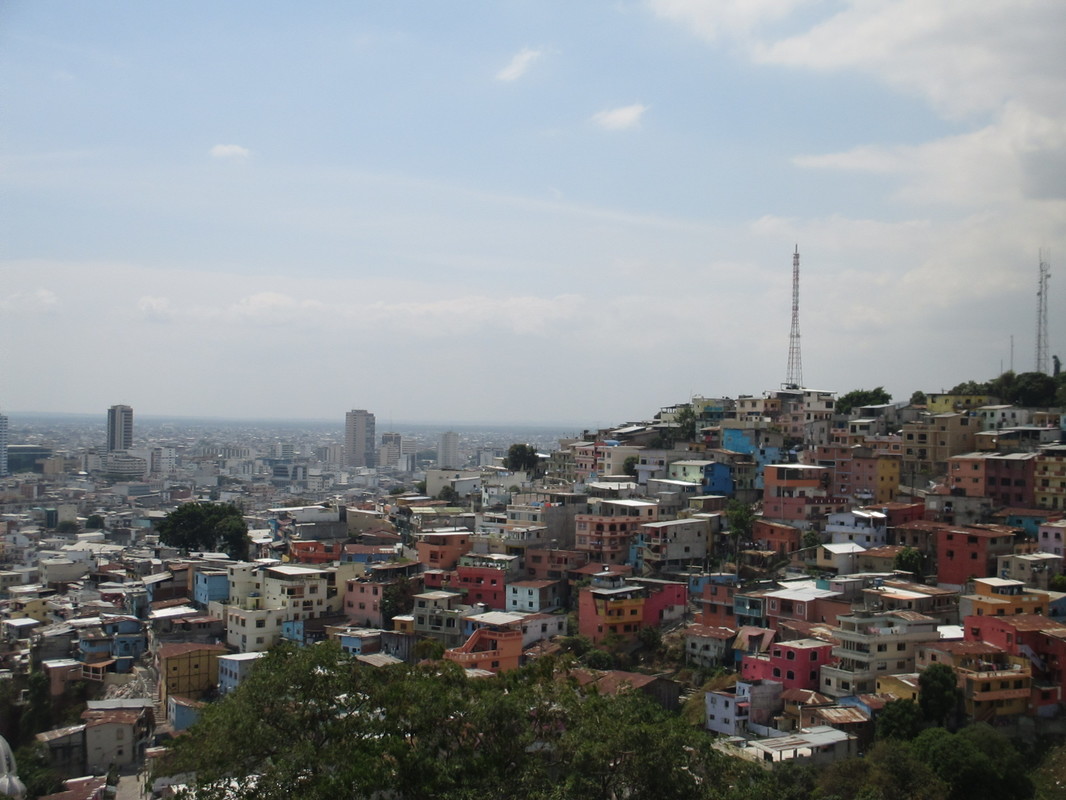 ​The locals think their city is worth a lot though, and calculate that in their ridiculously high room rates. Well fine, I’ll pay anything for a proper bed and a shower after this trip from hell. So 10AM we thought we could finally check into a hostel the Canadians and I booked using the crappy internet during our fast-food breakfast. Well… think again. Check-in was at 3PM and until that time we could just store our bags and then fuck off. Even a five-minute sit on the couch or a quick coffee was prohibited. I almost started crying. So I decided to sleep in the corridor… where I was also sent away. I felt less than a human.

Well, with a buzzing headache and a weak nervous system just doing some sight-seeing in Guayaquil then? I read the only safe place here was the Macon promenade along the waterfront, the flagship of the city’s redevelopment project. It felt like a tacky version of a deserted Disneyland. The whole police-invaded boulevard was dead. I entered the Museo de Arqueologia y de Arte, maybe art would save my day? Sure, this was a very beautiful and interesting museum with extensive informative displays. Was it worth the detour to Guayaquil? Definitely not.
​In the distance I saw a hill dotted with colorful houses which was almost an exact copy of Italy’s Cinque Terre. But then fake, and in a less idyllic location. Whatever, I had to wait 5 hours so I climbed the endless stairs all the way up to the lighthouse. Once up there I just wanted to die. It was 43 degrees (celsius), and the smog and humidity made it feel like I entered a city-size microwave. Sweat poured down my body, everything hurt and my icecream (a weak attempt to cheer myself up) leaked all over my clothes.

At 3PM I fell asleep in the shower. And half an hour later again in my bed, which I left 13 hours later. 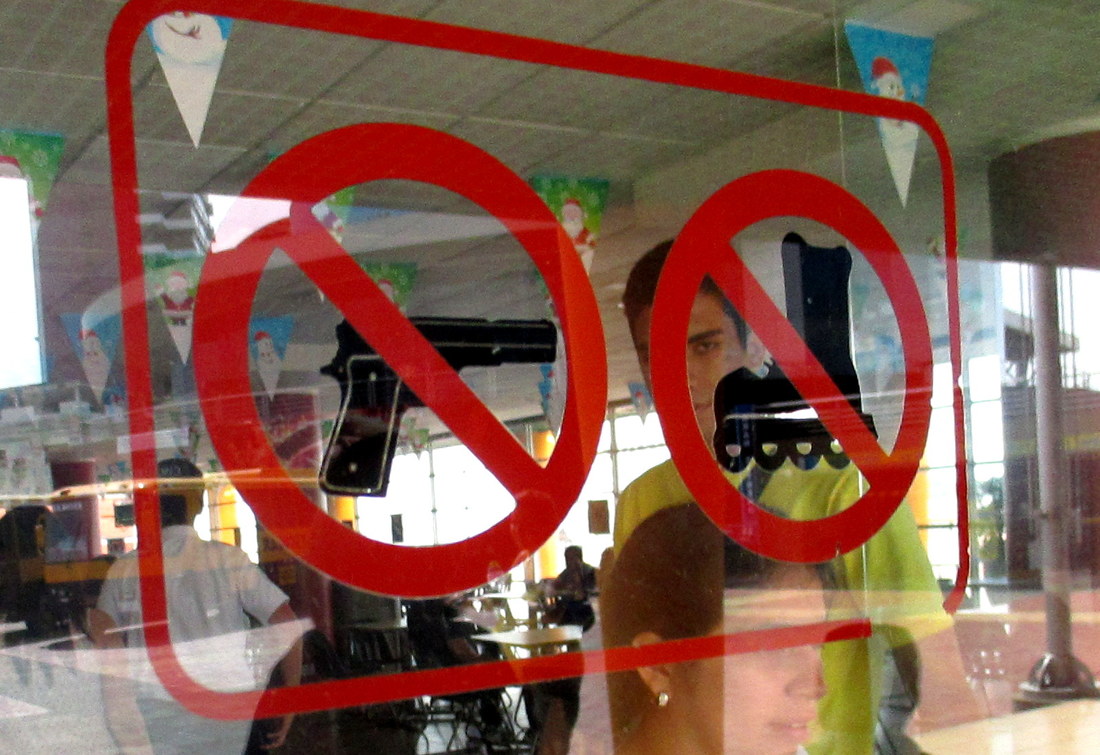 In order to support the travelers’ community, I spend many hours per week to adequately document all information and advices for prospective visitors, accompanied by a (hopefully) entertaining insight into my personal observations and experiences. This service is and will remain free. However, if you voluntarily want to make a contribution and support my travels and thus the creation of new stories and information supply, here is the button you’re looking for:
Donate
Related:
- Citytripping in Ecuador: Quito
- Outdoors lover? Banos is your place in Ecuador!
- More nature in Ecuador: Cuenca and its Cajas National Park
​​- Corruption and misery at the border, Honduras
- Corruption at the border of Colombia
​​- Severe racism at the border of Singapore
- Getting robbed in Brazil
- Getting robbed in Argentina
- Escaping an armed gang-rape in Valparaíso, Chile
- Couchsurfing with several men searched on Interpol
- Couchsurfing with a 'gangster' in Belize
- Couchsurfing with someone threatened by gangs in El Salvador
​​​- A volunteership with a psychotic woman & getting drugged in Granada, Nicaragua
​- When a WorkAway project gets seriously weird: Isla San Cristobál, Panamá
- An abusive hostel owner & a pornstar: my volunteership in Boquete, Panamá
- The city where humanity reached its lowest point: Cancún, Mexico
​- The least exciting place in Colombia: Manizales
- The arsehole of Ecuador: Guayaquil
​- Not worth the effort: Huacachina, Peru
​- Avoid avoid avoid! San Juan del Sur, Nicaragua
- Where you shouldn't go to for holidays: Kaunas, Lithuania
- When traveling goes terribly wrong: Gibraltar
- Where you shouldn't go to for holidays: Kaunas, Lithuania
- Digital Danger
​- The smoggy capital of Malaysia: Kuala Lumpur
​​- One to not include in the bucket list: Manila, The Philippines
​​- A little sneak-peek into North Korea!
​- Budget Bucket List hitchhike trip to... Kosovo!
​​- Guest Blog 'Kosovo Girl Travels': Travel tips and stories from Kosovo's first and only travelblogger!