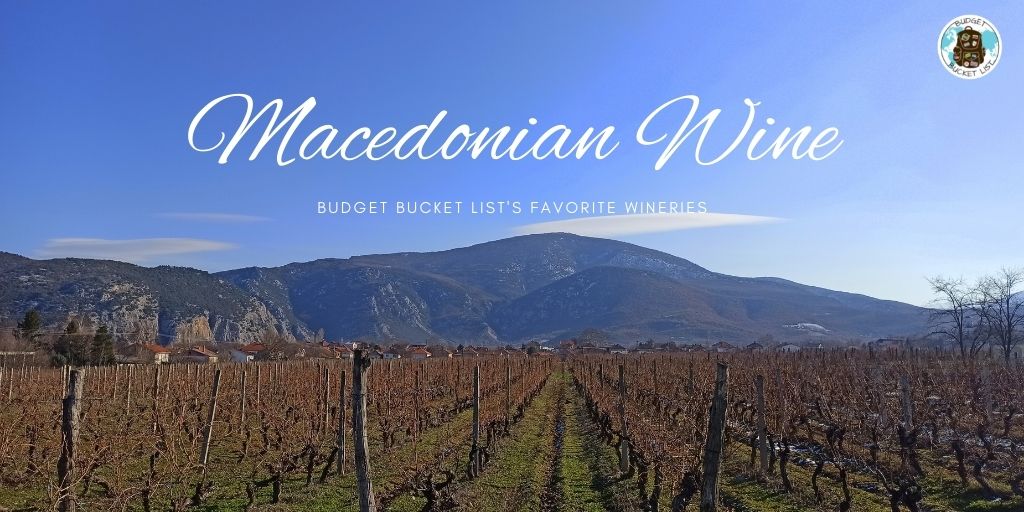 The Balkan is full of surprises. Without specific prior expectations I stumbled upon glorious mountains, eye-popping blue seas, heart-melting hospitality and… a fantastic selection of wines. Yes, really! When bringing a conversation topic like “wine” to the table, your mind tends to drift off to European destinations such as Italy, France and Spain… but wine-making has been a tradition of Eastern Europe since ancient times, which now truly starts to re-emerge after many turbulent years of political upheaval. At this day and age, each and every Balkan country produces its own wine: from rustic mom-and-pop-production in the backyard, to significant enterprises exporting all over the globe. Its most prominent wine country? Macedonia! Currently, Macedonia produces an average 220 million litres a year (of which only 5% for domestic consumption), placing this modest-sized country at #25 worldwide. Time for a sip! 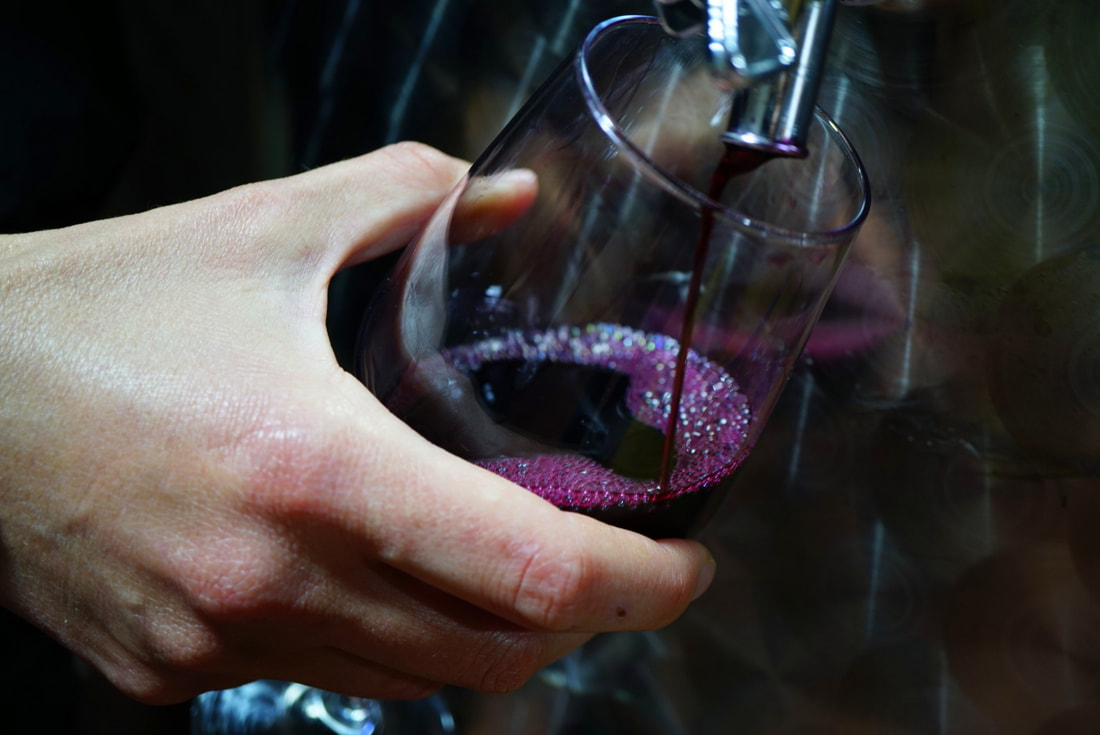 Photo by Miles Watson Photography
Too busy to read now? No problem, save it for later!
​Save on Get Pocket | Save in Browser Bookmarks| Save on Instapaper
Macedonia & Wine

Macedonia has no less than 38 wineries, covering 224km² of land. Not a bad score for a 25,713km² country! The local wine narrative began as early as in the 13th century BC, when preserving required the wine to be mixed with honey. The amphora (vase) was subsequently topped off with a layer of olive oil and buried underground for the maturation process. This wine tradition was further expanded under the Romans / Byzantines, who believed wine is the source of wealth and luck. Quite the fruitful philosophy! When Christianity gained influence, the local wine industry expanded even more due to its crucial role in rites and ceremonies (representing the blood of Christ). Unfortunately, the rise of the Ottoman Empire caused the lavish wine flow to dry up, due to Islamic bans on its consumption. Only after WWII, in the heydays of communism, state-owned wine production focused on bulk began to respawn, to be privatized in the early 90’s when Yugoslavia dissolved.

Even though the wine production of independent Macedonia shifted once again to private hands, the focus remained primarily on mass production, guaranteeing low prices but compromising on quality. Therefore, an interesting development that can be noticed recently is the slow but steady movement towards high-quality wine cultivation. Better equipment is acquired, knowledge is deepened and the sublime weather conditions balancing between a continental, mountainous and Mediterranean climate are cleverly tapped into. Macedonia’s 260 sunny days per year help to prolong the maturation process by optimizing the period when sugars and acids are concentrated within the grapes, enabling more complex aromas and rich colors. Further intensity is acquired by the soil, which is full of minerals, as well as by the powerplay between the different climatic zones, combining hot days with cool nights. These sublime conditions bring a handful of local varieties to the world, of which (hallelujah) 80% are reds. I had a fair share of Vranac in the Balkan before hitting Macedonia, but names such as Kratosija, Stanušina Crna and Temjanika are new to me… and I wanted to try them all!

​
* Other local varieties include Temjanika, Zilavka, Smederevka, Prokupes, Grasevina and Rkatsiteli. The most important local white is Smeredevka. International varieties that thrive particularly well on these lush soils are Carbernet Sauvignon and Merlot. 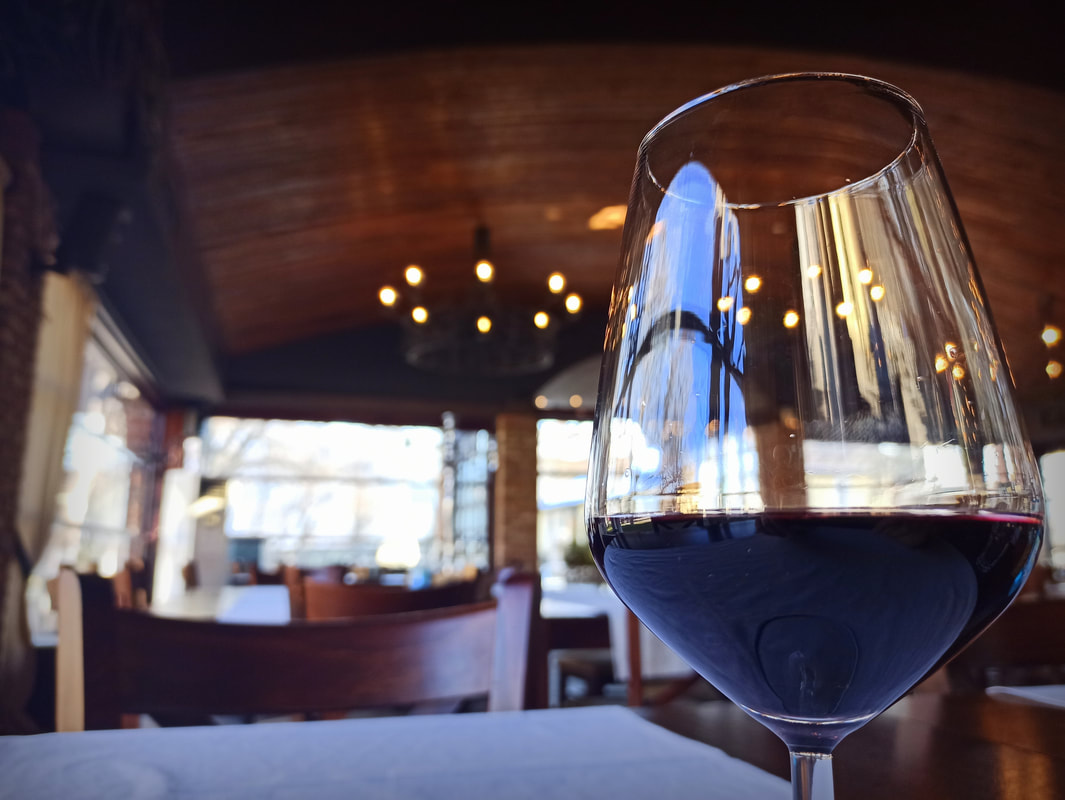 Macedonia’s wine-growing regions include the northern Pcinja-Osogovo, the southern Pelagonija-Polog and most predominantly: Povardarie in the center, with the Tikves area at its thriving heart producing both the highest quantity and quality of the nation… You’ve got my attention! To fully allow yourself to immerge into the Tikves wine region, it’s recommended to choose either Kavadarci, Negotino or Demir Kapija as a base of exploration. I visited all three destinations and I’m ready to list my fav’s:

I’m not sure which factor irreversibly won me over… It could potentially be the most satisfying and unique Merlot I ever poured over my taste buds, arousing my senses with unexpected hints of caramel and chocolate... Or perhaps it is the sparkling personality of the man himself, his infectious smile inviting you to toss all seriousness out of the window and warm-heartedly feel, sense and especially taste all delicious things life has to offer. The wine tasting at Badi Winery felt like a celebration, Macedonia’s “youngest knight of wine” presenting us with a scrumptious sequence of a fresh Bisera, a surprisingly semi-sweet Cabernet Sauvignon, a full-bodied Vranac, a deep red Primitivo and a Merlot I’ll never forget. Besides his refreshing wine collection, Badi features a line of organic fresh produce, including ecological vegan-friendly ‘majun’ (a typical Macedonian grape-based spread). This winery is spreading the Love*, one glass at a time!

A beautiful thing in small towns like Kavadarci is that a richness of family-run mini-wineries are hidden unsuspectedly in the backyards of a large amount of residential houses… like a tasty treasure hunt! Take Ivanov Winery for example, run by the passionate winemaker Ordancho, who produced his first wine at the age of 18 and continued to evolve his techniques and flavors ever since. It blew my mind to learn that every step towards his yearly 10 hectolitres was carried out by this man alone… from sowing, to harvesting, to the final processing of the varieties he currently has on offer. Attending a tasting in between the wine tanks in his garden felt like a precious sneak-peek behind the scenes of quality Macedonian wine-making. I truly enjoyed the diversity of Ivanov’s collection. On the one hand he created refreshing varieties such as the light white Temjanika, Cuvee and fruity Stanusina Rose*, which with one mere sip bring you back to those endless hot summer nights. On the other hand you can try red delights such as the Domanika, a sweet Merlot and an intense Vranec Cuvee. The latter defies all stereotypes of Vranec by its surprising blend with a white Malvasia, something unique I never tasted elsewhere. Ivanov Winery is currently in the process of renovations, preparing a professional yet small-scale tasting room for an intimate, local introduction to the wonders of Macedonian wine. One to keep an eye on!


* Winner of a bronze medal.

An entirely different experience can be obtained by visiting the Tikves Winery. It’s the largest one of the Balkans and leader of the Macedonian market, producing no less than 50 types of wine, ranging from desert-dry to tooth-breaking sweet ‘n sparkly, and from dirt cheap to pricy collection pieces. Unfortunately, covid got the best of me and I had to exchange the inviting Tikves tasting for a week of quarantine. However, when spending over a month in Macedonia being the wine-lover I am, there’s honestly no way around this brand. Surprisingly, it seems that they put all their marketing efforts into their Alexandria. Of course, one can’t argue about taste, but I quite frankly found this specific wine to be pretty bitter and horrendous. Their Vranac isn’t only tastier, it’s also much cheaper: Available in any supermarket for a lousy 2 euros, you can get yourself a really decent bottle without any headaches the day after (yes, write that one down, you budget backpacker!).


Other wineries in Kavadarci: 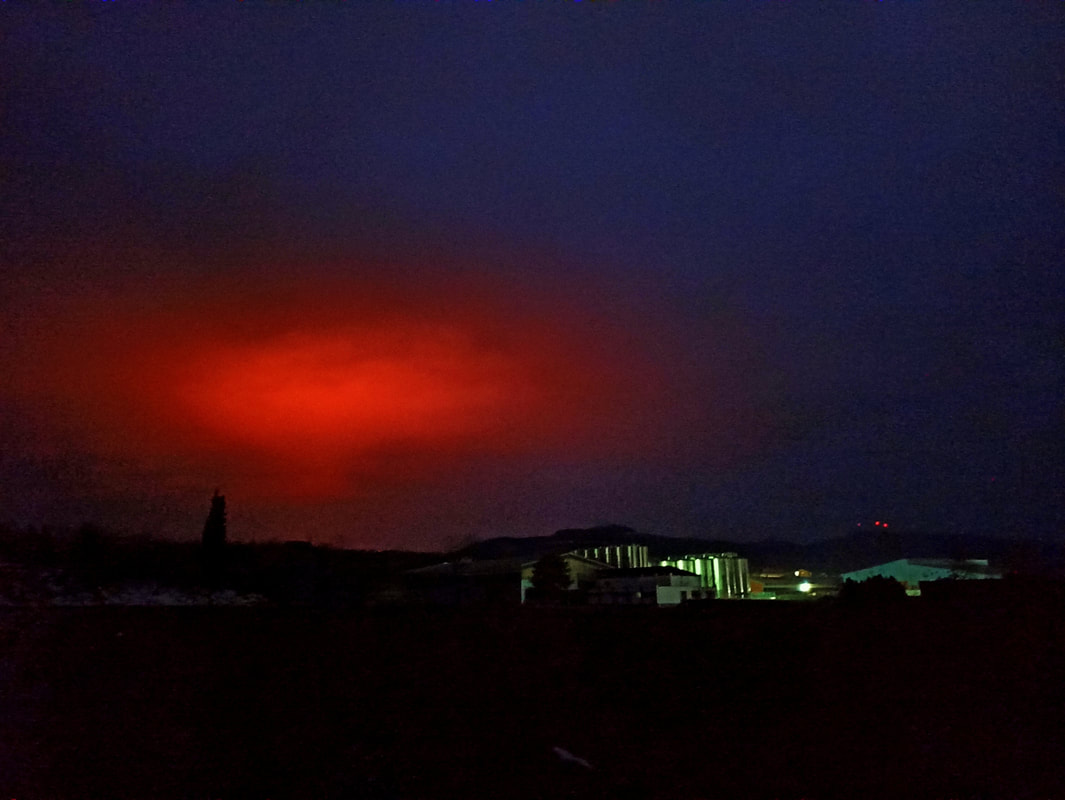 The oldest winery of the Balkan can be found in Demir Kapija, a tiny hamlet named after the limestone rocks gating off this under-the-radar destination (Demir Kapi means “iron gate” in Turkish – dating back to the Ottoman Empire). It was the year 1928 when King Alexander Karadjordjevic planted his first vineyards: The first step towards his royal winery, initially named Villa Maria after his wife Mary. The noble feel still surrounds this glamorous winery today, a wide lawn dotted with peacocks welcoming you to an elitist estate, housing besides a winery a high-end hotel and a fancy-pants restaurant served by tv-chef Mladen Perisic himself. As I travelled off-season, wine tasting tours were unfortunately unavailable, so I just went ahead and ordered myself some mouth-watering glasses of dry Vranec, Merlot, Pinot Noir and a semi-dry Plava Krv… flushed away with an endless supply of Queen Maria’s rakija that somehow kept on coming without me ordering it (it’s the nectar of the Balkan, but about 10 levels too strong for this pussy). Surprisingly enough, both the estate tour and restaurant prices are remarkably affordable, so there’s no excuse to miss out on this opportunity. Na zdravje! 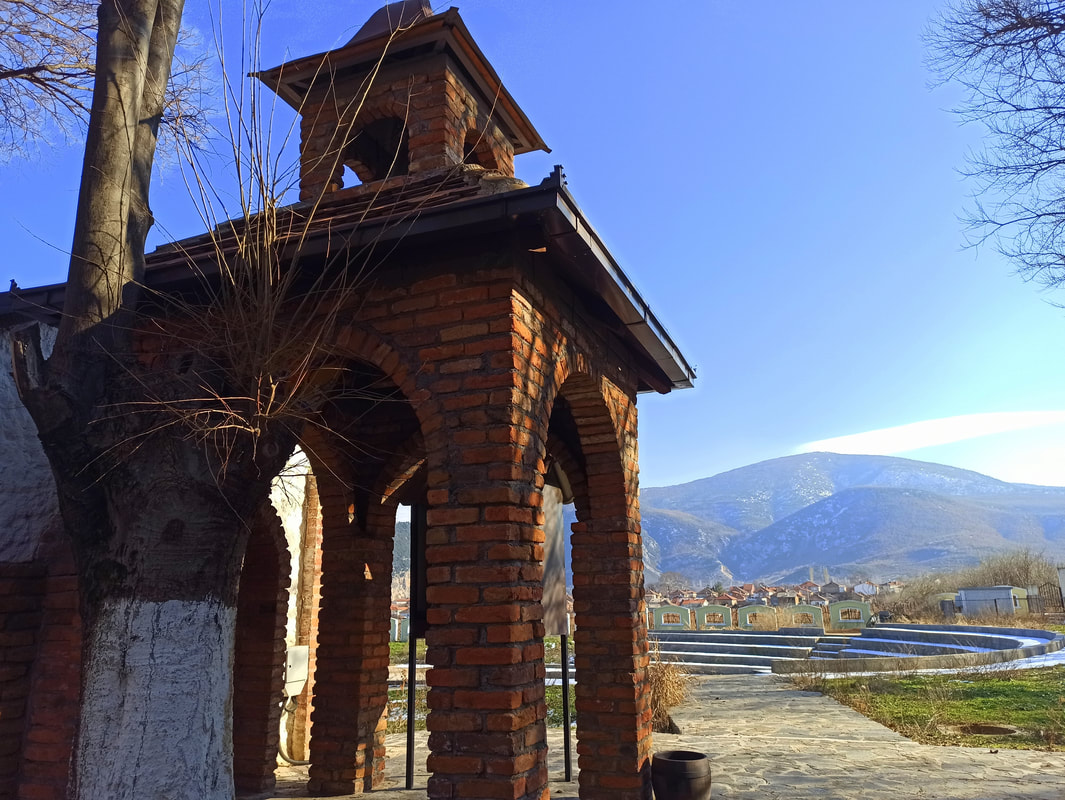 Other wineries of Demir Kapija:

Limited time in Macedonia? Wineberry!
​
A winery tour is an absolute must when visiting Macedonia, which basically means you have to return for it if your timeframe doesn’t allow it. In the meantime, however, you can get an excellent taste of what Macedonia has on offer by visiting Wineberry in Skopje. This vibrant wine shop invites visitors and locals alike to drop in and attend a FREE tasting of their wide selection of Macedonian and international wines, without pressuring you into buying anything. That said, the chances of you walking out with a bottle are fairly high! 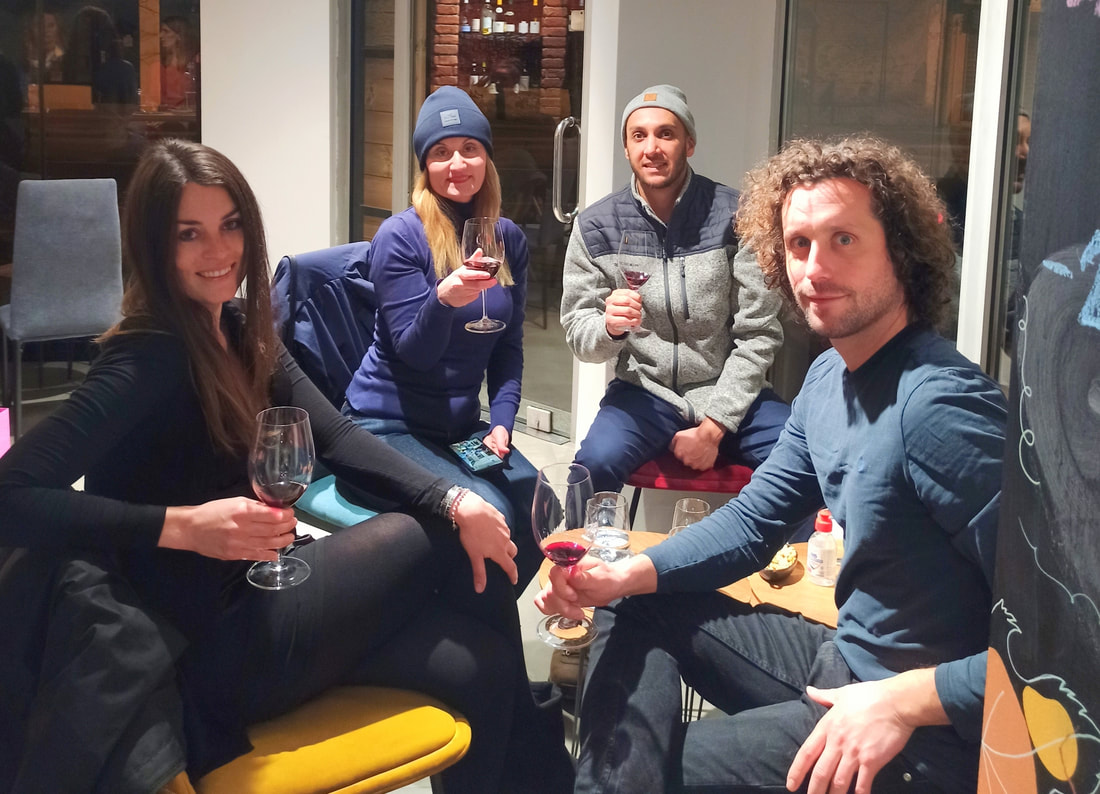 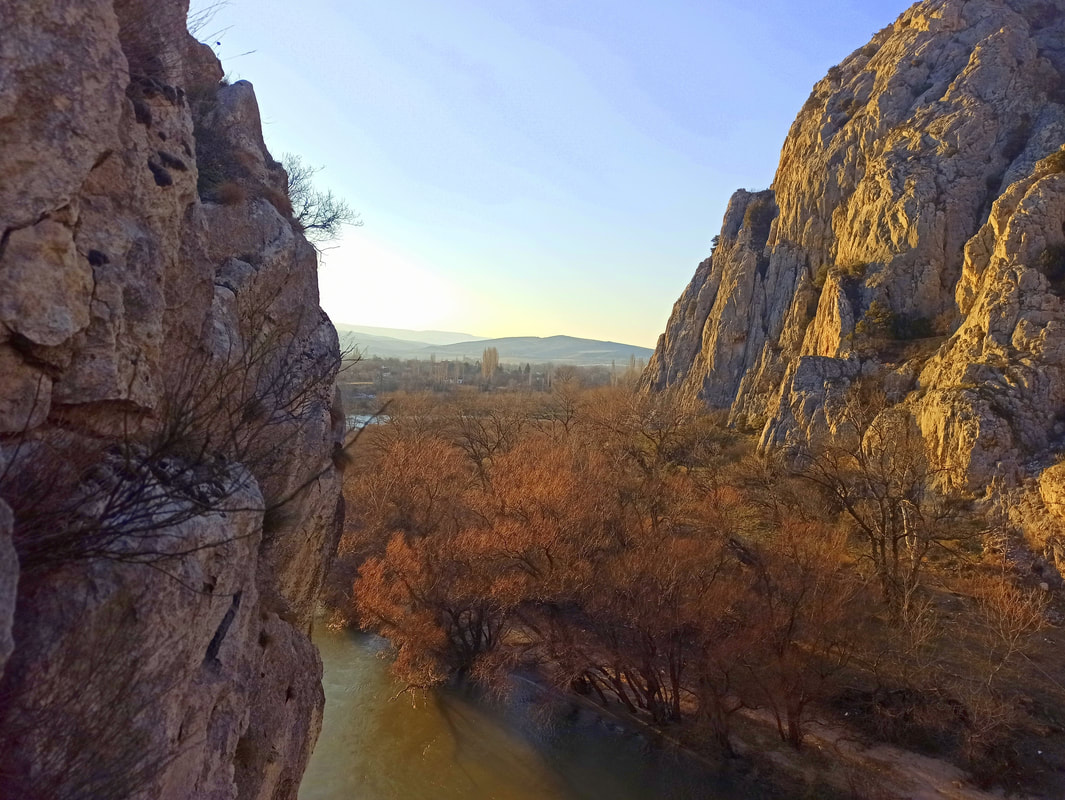 In order to support the travelers’ community, I spend many hours per week to adequately document all information and advices for prospective visitors, accompanied by a (hopefully) entertaining insight into my personal observations and experiences. This service is and will remain free. However, if you voluntarily want to make a contribution and support my travels and thus the creation of new stories and information supply, here is the button you’re looking for:
Donate
Related:
​​- Check out Budget Bucket List's FAVORITE HIKING DESTINATIONS worldwide!
- Visit Balkan's finest: Montenegro's National Parks Blog, Kotor Bay & Lovcen NP and Cetinje, Podgorica, Prokletije NP and Montenegro's Coastal Towns Blog
- 10 typical Dutch celebrations no traveller should miss out on
​​- History preserved: Time capsule of Romanian culture Maramures
- The 3 golden rules to travel Sofia on a budget! & Why you shouldn’t miss out on Plovdiv! [Bulgaria]
- Where modern meets classic: Vilnius, Lithuania
​- 8 ways to save money in Vienna, Austria
​​- German gems: Aachen & Frankfurt am Main
​- Europe's best skiing & hiking: Get your ass over to jaw-dropping Switzerland!
​- Budget Bucket List hitchhike trip to... Kosovo!
- Unravel the mysteries of Serbia
​​- Discover the splendours of Turkey: Istanbul on a Budget & Reasons to visit Edirne
​- Read about Bosnia & Herzegovina: Mostar, Blagaj, Trebinje, Sarajevo, Jajce, Banja Luka and Sutjeska National Park (incl. Maglic Peak - the country's highest!)