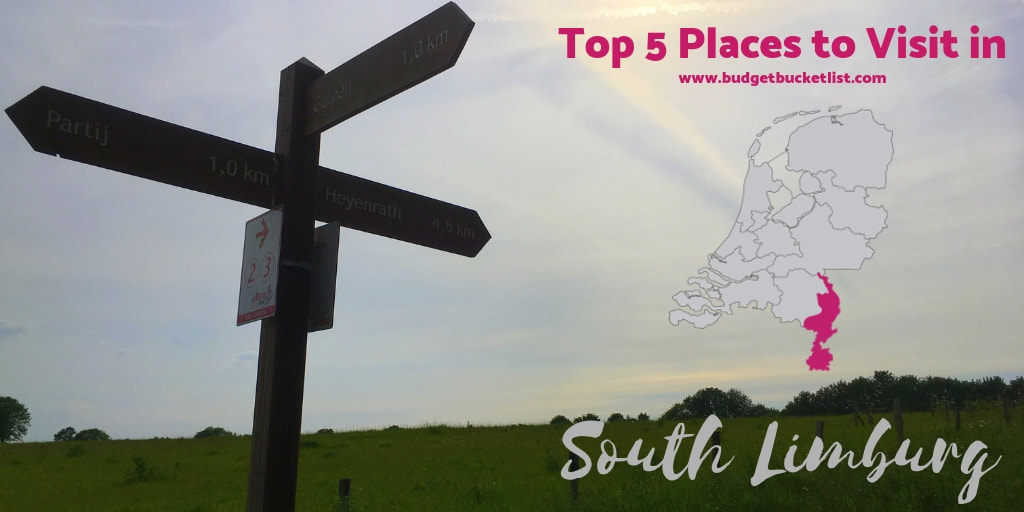 Visiting the Netherlands? Why not be a bit creative and skip Amsterdam for a change… move 200km down south and find a stretch of Dutchie-land that’s surprisingly green and – god forbid – hilly! Fair enough, they might speak a tad funny, but if you’re a foreigner you won’t even notice such negligible linguistic differences anyway, so there’s only history, nature and Burgundian hedonism left to enjoy.
​
Whether it’s a cultural citytrip, a countryside hiking excursion or a never-ending foodie expedition, South Limburg always scores with its diverse but carefully aimed charm offensive. No clue where to go? Check out the top-5 of (your) Budget Bucket List! 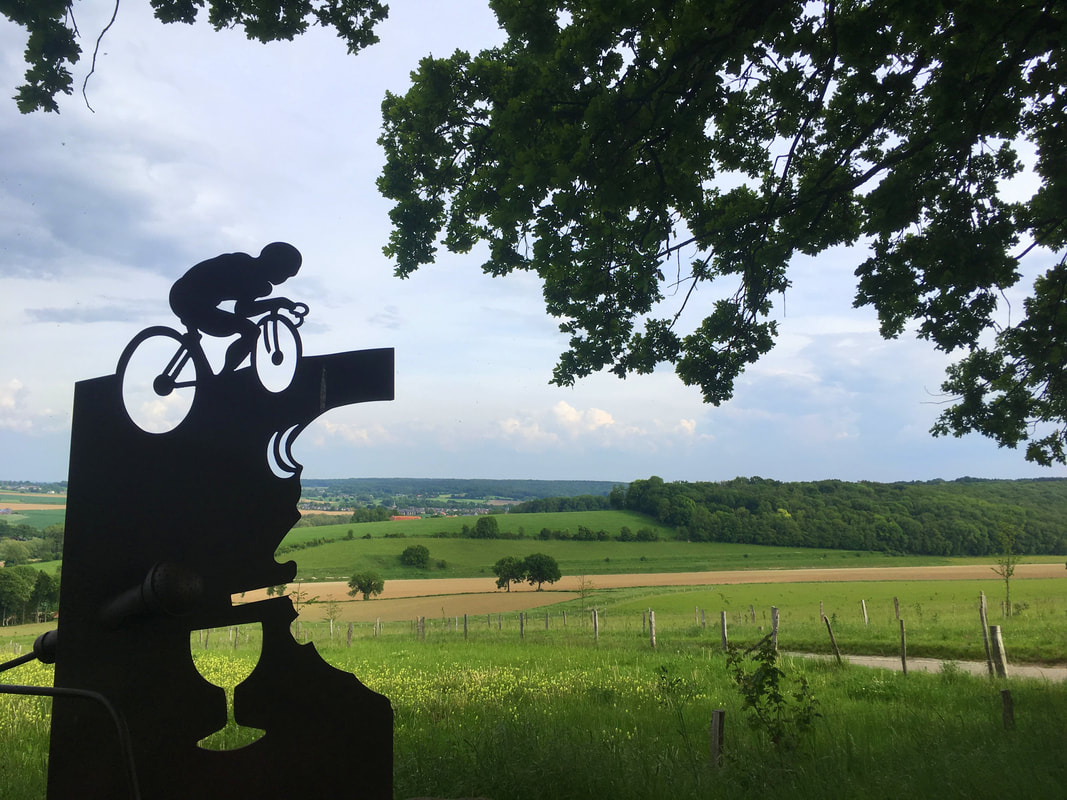 Too busy to read now? No problem, save it for later!
​Save on Get Pocket | Save in Browser Bookmarks| Save on Instapaper
1) Maastricht

A no-brainer, as this is not only the biggest, but also by far the most popular southern city of the country, receiving yearly around 3 million visitors. In fact, the place started being trendy at around 1BC, when the Romans built a bridge across the river Maas to facilitate infrastructure during the reign of Caesar. Hence, Maas Crossing --> in Latin: Mosam Traiectum --> Maas tricht. [However, this bridge in question collapsed in 1275, killing 400 people… it’s now replaced by the St. Servaas bridge; Ancient artifacts of this time period can still be observed in the Centre Céramique, situated in the public library]. Its prominence sustained as it morphed into the Carolingian Empire (plundered by the Vikings in 881), Lower Lorraine, Spanish territory, French battlefields (2 Sieges of Maastricht) and finally the United Kingdom of The Netherlands, to only shortly be snatched away by the Nazi Germans in the Battle of Maastricht in 1940. When the calm was finally restored Maastricht didn’t lose its significance, being the exact spot where the European Union and Euro came into existence (Maastricht Treaty – 1992).
Also on a micro level one could state that Maastricht is a city that never sleeps. Especially not during Carnaval, that time of the year when ridiculous costumes, soul-destroying music and excessive drinking orgies become the temporary norm (yes, that is as awesome as it sounds). Or at those times when the city is closed off to form the stage for that dude-with-the-violin (locally known as André Rieu), who calls Maastricht his home.

That said, it’s always a good time to visit Maastricht. Be it to enjoy the spectacular historic cityscape (Geocaching can help you noticing the little things), sample the flavours of the hearty cuisine (like ‘Vlaai’ or ‘Zoervleisj’ – horse meat, assuming that if you’re okay with eating dead animals it doesn’t matter which one), or to skim the notable collection of downtown museums (all but the Bonnefanten museum: deception of the century!). 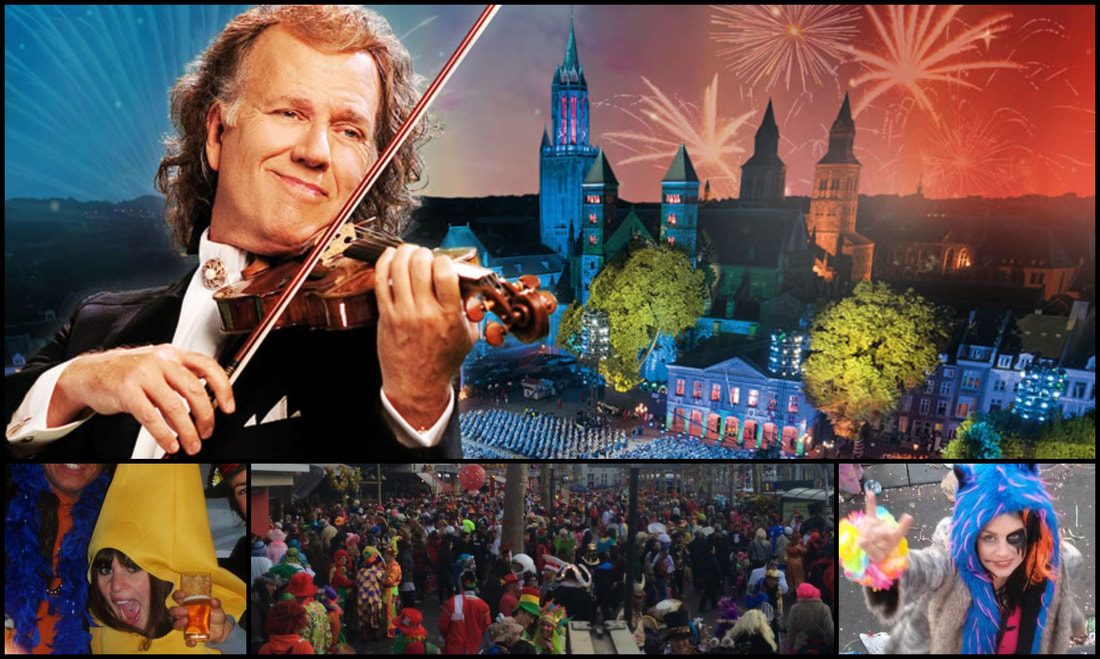 Grab The Netherlands' Lonely Planet Guide at a discount!
2) Gulpen

A lesser-known pin on the tourist map, and therefore even more interesting: the tiny hamlet of Gulpen. It might not compete with its western neighbour Maastricht, and it certainly doesn’t want to. Whether you just feel like filling the day with leisurely strolls soaking in the rolling slopes of Limburg’s rural backcountry* (by bicycle - if you go all in), or if you prefer to spend a weekend leaning back in a comfortable chair, slurping on a freshly brewed cold one** while quietly watching serene local life pass by… Gulpen is simply about slowing down. It’s one of those places where you feel that time stood still, the environment calmly asking you to do the same.

* Check the diverse hiking- and biking network on the helpful Route.nl app and the Visit Zuid Limburg website!
** Gulpener beer, rings a bell? That’s right, this world famous beer is brewed right here… and you’re welcome to visit the brewery – for free! [tours and tastings come at a fee]
The advantage of Gulpen over similar small towns in the area such as Wijlre, Eys and Schin op Geul is the accessibility by public transport: bus line 350 from Maastricht to Aachen passes through Gulpen.
​
However, when I visited Schin op Geul we made sure that our transport option of choice was taken care of: the beer bike! The harder you push the pedals, the more beer comes out of the tap. Talking about motivation. 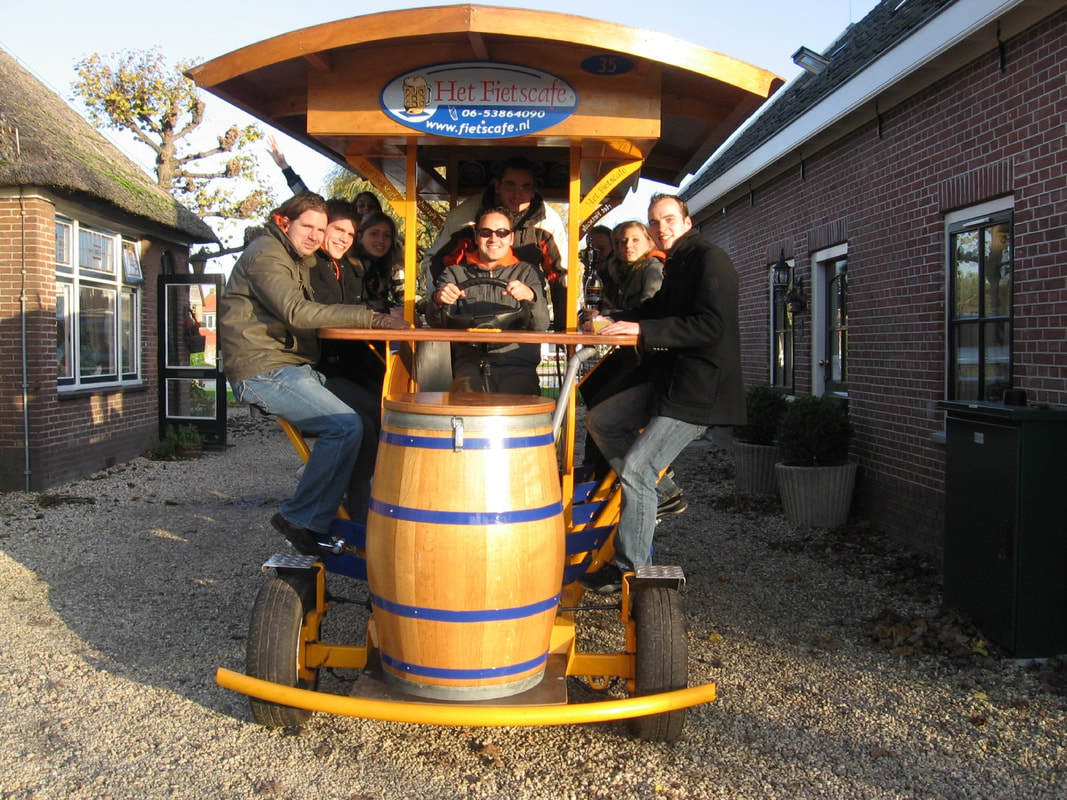 Did you know that the world’s oldest, longest-running annual pop music festival is tucked away somewhere in a corner of South Limburg? The Dutch most certainly do, as Pinkpop (held during Pentecost = Pinksteren) is the reason why a significant part of the population yearly travels down there, its spectacular live shows being broadcasted on national TV’s prime channels. Giants such as Metallica, Muse, Rammstein, Motörhead, Green Day and even the Rolling Stones have entered its stages, spin-offs such as Pinkpop Classic hosting golden oldies like UB40 and Santana. Even though I moved up to festivals of a slightly rougher nature, Landgraaf made its way to my heart as the physical source of teenage memories, marking significant mile stones in my personal history of music appreciation. 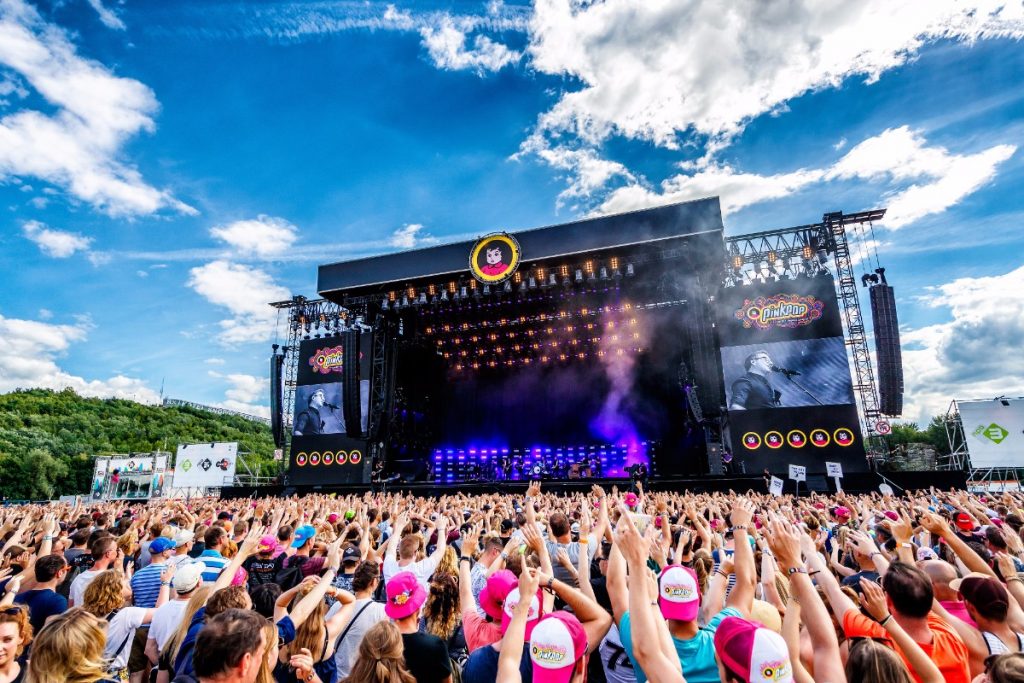 Missed the festival and wonder what else Landgraaf has to offer? Well, I’m gonna be brutally honest with you: Not a single shit. Unless your thirst of castle-hunting really can’t be quenched with the circa 200 other castles in the province, then maybe Slot Schaesberg deserves a visit. Likewise, if you can’t be bothered to drive down to the Alps, Pyrenees or Dolomites, then Landgraaf has a fake ski slope to sharpen your slaloms (Snow World).

Another city that can hardly trigger your slightest fascination, but made it to the top-5 anyway: Vaals. Please, hear me out, as it’s mentioned here for a reason… It’s the base of the "Drielandenpunt", the point where three countries meet: The Netherlands, Belgium and Germany. A proximity that explains the extremely distinct dialect of the Limburg province, not understood (and generally made fun of) by the rest of the country’s native speakers (some kind of soft-German cross-over in which every sentence is pronounced like it’s a question). Besides its geographical particularity, the Vaalserberg is furthermore the Netherland’s highest point… which is only 322.4 meters, but still, pretty bad-ass for a country that’s partly situated below sea level. And if that didn’t convince you yet, let me persuade you with its varied trail supply for hikers of all levels. Come on, just give it a shot! 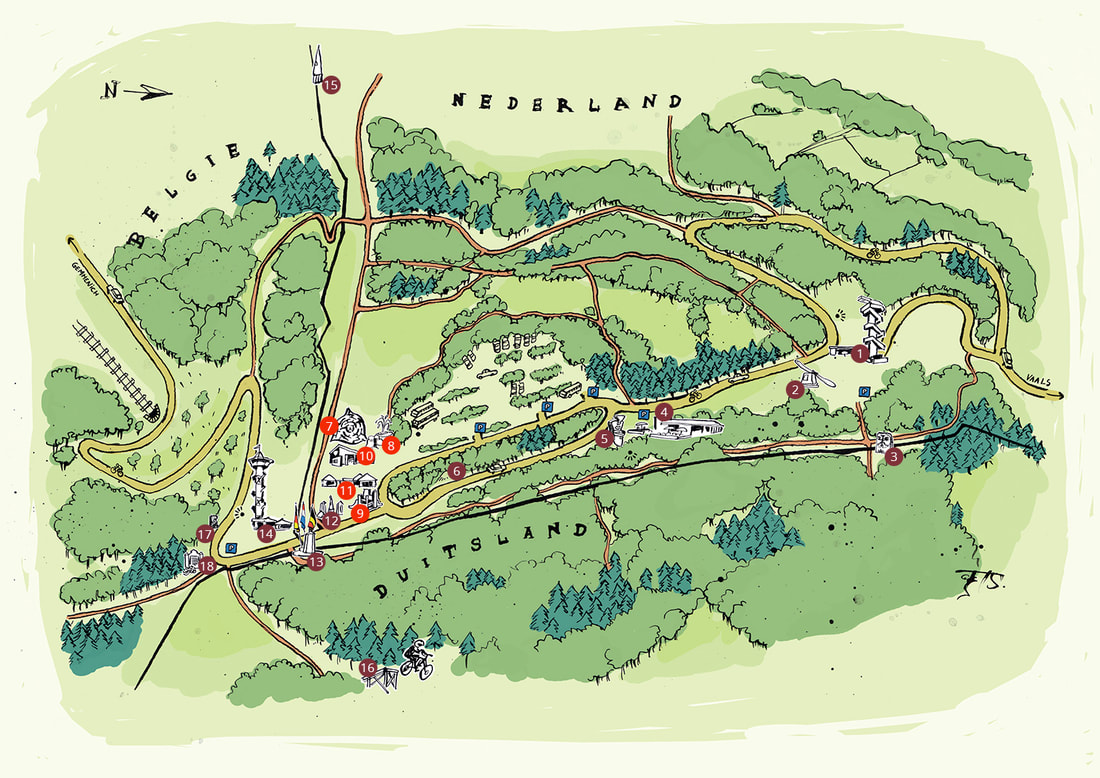 I could have mentioned many other interesting spots on the map of South Limburg, such as Kerkrade, Heerlen or Sittard. Instead, I recommend Valkenburg. Because opposed to all the captivating sights to be admired in Maastricht, the nice events to be attended in Landgraaf and the dynamic nature walks to be completed in Gulpen and Vaals, Valkenburg offers a whole lot of stuff to do. Fun stuff. Entertainment stuff. Like blasting down a toboggan run and swirling across a zipline… like tubing and lasergaming (Agogo), or taking rollercoaster rides and watching spiderman shows (Pretpark de Valkenier). Man, there’s even a fairytale forest (Sprookjesbos Valkenburg), age limits are only in your head. There’s plenty of opportunity to visit museums, dive into the city’s Roman history or be all cultural at the open-air theatre… there’s even a (fake) coalmine cave, if that’s what you’re into. But Valkenburg is South Limburg’s heart of amusement, which is crucial for the mind’s sanity every now and then. 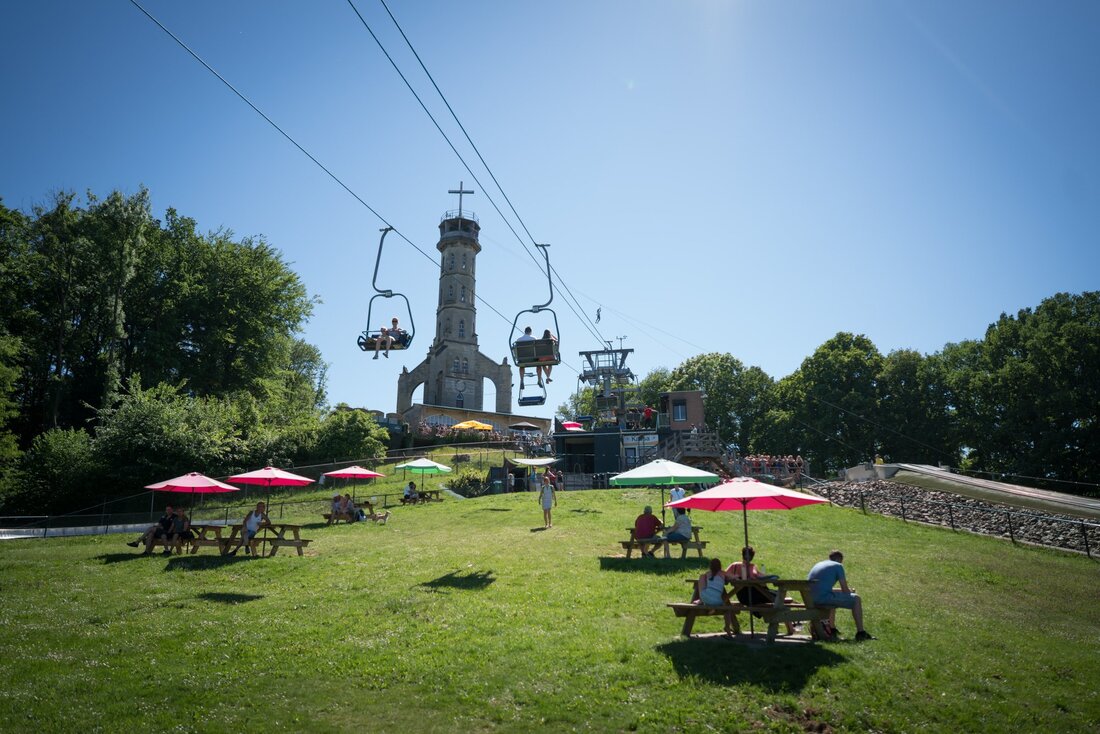 Budget pro-tips: Bus line 350 (called ‘Limburger’) connects Maastricht with Aachen, and everything in between. The tourist information centres, called VVV, sell bus passes for 2+ days of unlimited bus transport, saving a significant amount of money compared to buying 1-way tickets. Check out Social Deal for restaurant- and attraction-deals saving up to 50% of the original price. And no, they didn’t pay me to tell you this: I just benefited so much myself, so I want you to enjoy the same budget privileges. Need a Schengen visa? I usually get my visas via Ivisa, as they do all the work for you and give a full refund when it didn't work out.
Writer's pick​: The Dutch market leader of travel gear and outdoor clothing is Bever. Get a 365-day free return policy, free shopping (from €30) and special repair & maintenance service via this link!
Photo Credits: 1 - 2 - 3
In order to support the travelers’ community, I spend many hours per week to adequately document all information and advices for prospective visitors, accompanied by a (hopefully) entertaining insight into my personal observations and experiences. This service is and will remain free. However, if you voluntarily want to make a contribution and support my travels and thus the creation of new stories and information supply, here is the button you’re looking for:
Donate
Related:
- Medieval Holland kept alive: Den Bosch & Haarlem
- 10 typical Dutch celebrations you shouldn't miss out on
- 3 reasons why you NEED to visit Nijmegen
- More metal in Holland: Into The Grave Festival in Leeuwarden
- Relive history in Austria's majestic capital Vienna
- Unravel the mysteries of Serbia
​​- German gems: Aachen & Frankfurt am Main
- More European city-tripping: Copenhagen [Denmark], Vilnius [Lithuania] or Glasgow [Scotland]
- Where city and nature meet: Edinburgh, Scotland
​- Budget Bucket List hitchhike trip to... Kosovo!
​- Discover more Belgium: Antwerp & the most kick-ass Flanders itinerary!
- The prettiest historical town in Romania: Sighisoara!
​- Europe's best skiing & hiking: Get your ass over to jaw-dropping Switzerland!
- The 3 golden rules to travel Sofia on a budget! & Why you shouldn’t miss out on Plovdiv! [Bulgaria]
​- Discover the splendours of Turkey: Istanbul on a Budget & Reasons to visit Edirne
​- Check out Budget Bucket List's FAVORITE HIKING DESTINATIONS worldwide!