An edited version of this post can be found on STEEMIT: Upvote me to support my travels for free!
​
You know how I like to write about the suffocating labyrinths of bureaucracy and the incompetence of people behind certain desks? Well, I got a brand new one for you in that category: private hospitals in Brazil! 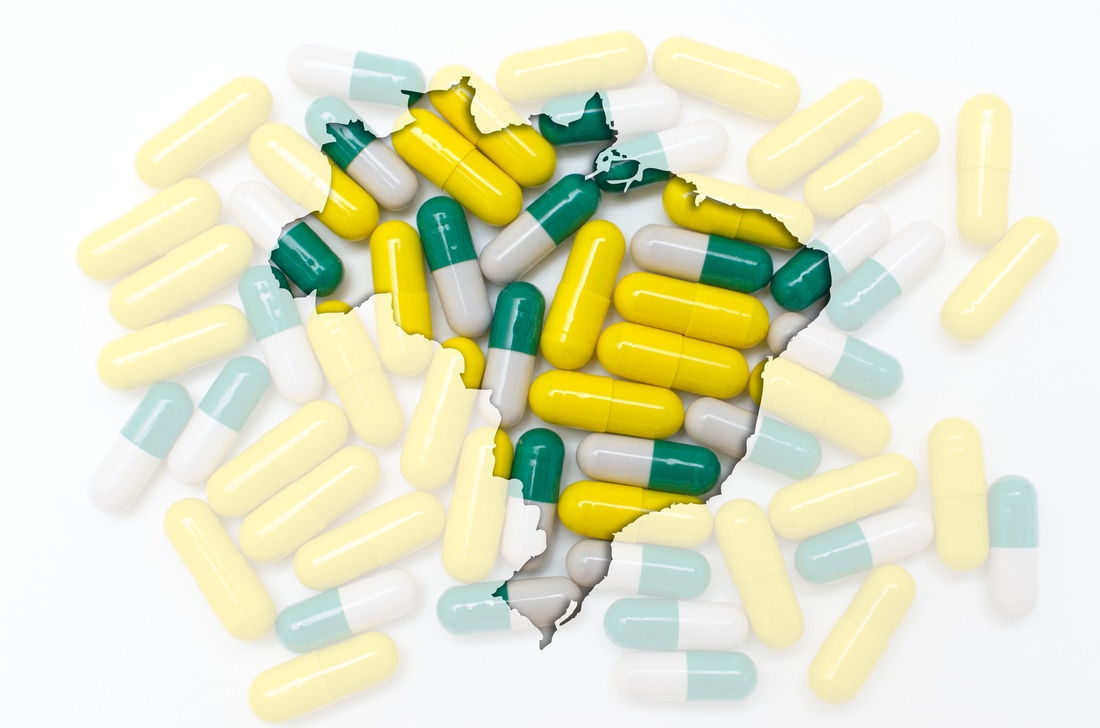 Sure, they look all fancy with their cherry wooden waiting rooms and yoga music on the back ground, but man, are they racist. I kid you not, never ever did I fell treated so miserably for being a foreigner… which is strange, as basically all other Brazilians I met welcomed me with a hospitality unheard of. It’s like they hunted down all dicks in the country to divide them between the few desks you might need during your visit sooner or later, a startling strategy.

It started with this splendid idea to get myself a working holiday visa for New Zealand, just before I turn 30 (the max. age for this visa). I made some phone calls with the kiwi immigration office and got guaranteed that there was absolutely nothing to worry about, just pay the ridiculous amount of $208, fill in the questionnaire and that sweet visa would be aaaall mine. 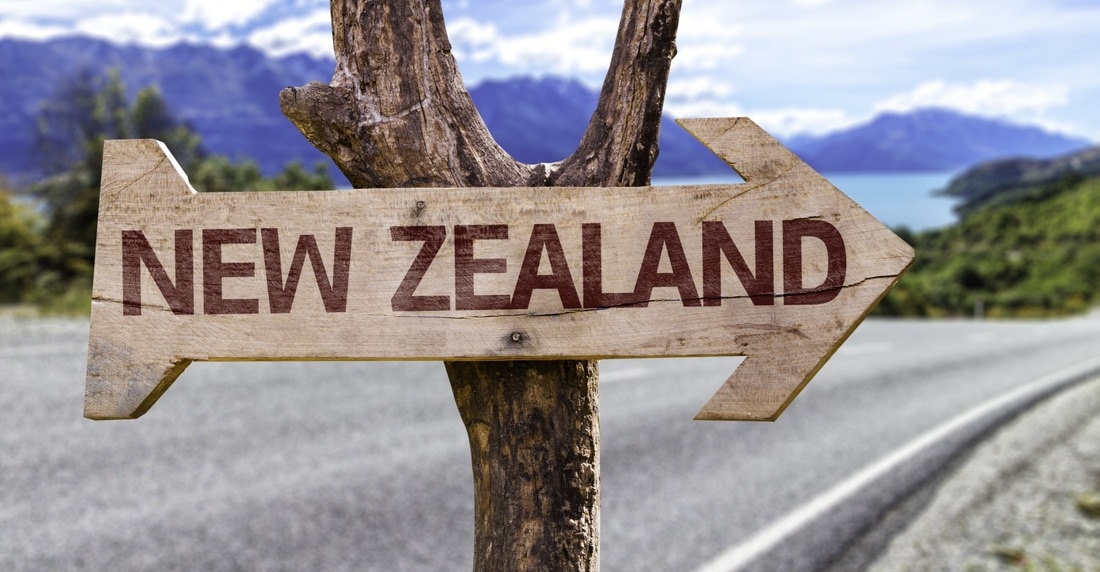 Right… First of all, the website didn’t work, which forced me to fill in the four-page questionnaire all over again for five times in a row. Once I finally managed to submit all the questions one thing bothered me… they asked if I stayed more than three months in any country that is NOT on the tuberculosis-low-risk-list. More like three years in my case... As I didn’t think it would be wise to lie on a visa application I truthfully answered that I indeed did, as I stayed in Latin America for several years and almost no country of that continent has not a low risk of TBC (ergo: has a high risk, I don’t know why they complicate their verbal expressions by using double denials).

That had consequences: In this case I had to provide them with an X-ray and health report, only to be done by certified specialists.

I happened to be in Brazil at this time and as I only had fourteen days to complete the process in a country where efficiency is fairly uncommon I had to get the ball rolling immediately. Luck had it I was staying with a Portuguese-speaking friend who was willing to support me in every step along the way, because man, I needed it.   ​ 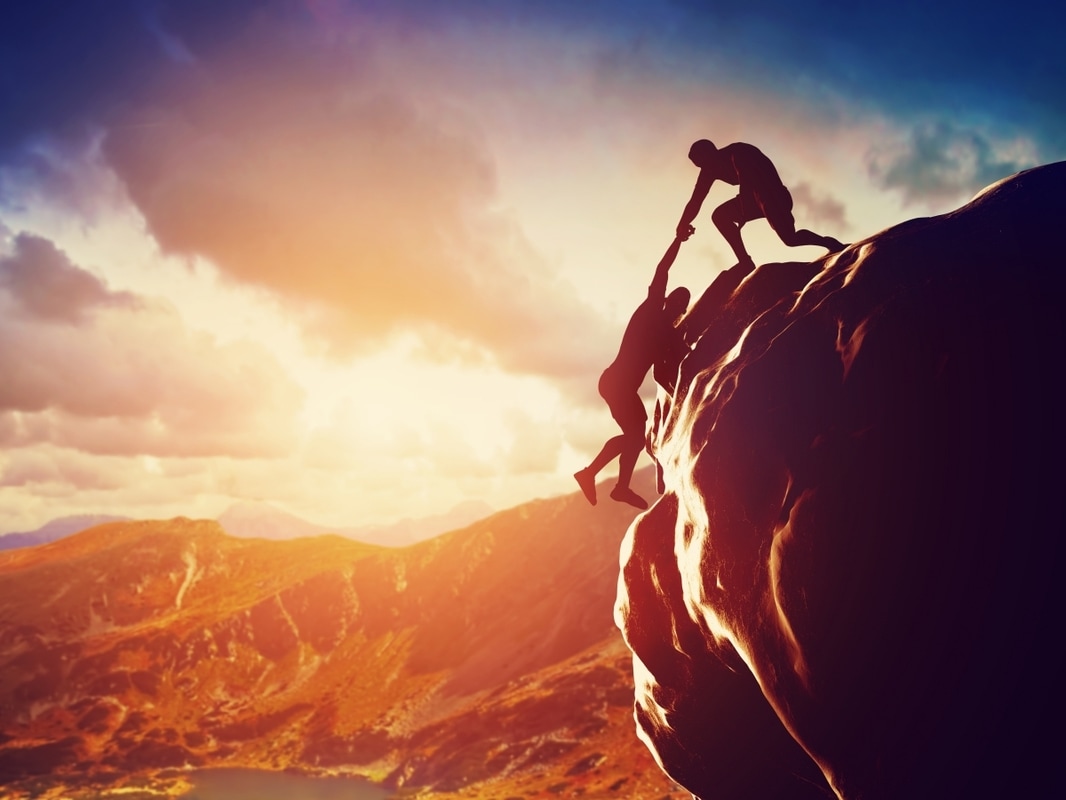 After he made a verbal appointment I was informed I could come two days later. I did, we were the first attendees in the office. That didn’t matter though, as literally every person that entered afterwards was helped before me. First I thought I was maybe imagining it, until we actually heard the doctor telling his assistant in a cynical voice to 'put that tourist last’. As I had already paid the 400 reais ($126) in advance and he was the only certified specialist in Florianopolis, I had no choice but to accept what was going on.
​
When it finally was my turn I asked to have my friend next to me as a translator, just in case… I don’t think three weeks of Duolingo is sufficient to understand all medical terms and vocabulary. This was ‘unfortunately’ impossible. We saw couples, friends and entire families go in that office just before us, but in my case he just preferred to see me struggle. I explained to him I just arrived in the country and speak a little bit, but probably insufficient, Portuguese, but my Spanish and English (and a bunch of other languages) are splendid… did he maybe speak any of those to facilitate the communication between us? He did, but he wasn’t going to use it, he said to me with an evil smile. 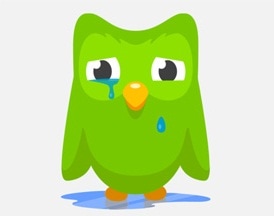 Ok, passport! Did I own any more passports? Ehm… of course not, because you legally can’t. No, he meant, “did I own any other passports before this one?” Yes, of course, since I was 16 I had a passport and they used to be valid for only five years. He needed to know exactly how many and all the previous passport numbers. Wait, what? WHY? I crossed almost 200 borders of almost 50 different countries, never EVER they asked anything like that. Why the hell would they want to know that?? Just because (just because he just made that up to make my life more difficult). I couldn’t provide him with that information, which caused him to disturb me by drawing a giant question mark on my document.

Next, copy of my passport! Well-prepared as I was I immediately handed it over. Of course, my copy was shit, he made sure he mentioned that 6 times. Why he says that to me instead to the apparently inadequate copyshop-owner of his very own city is a question I cannot answer. Did I bring passport photos? Of course, two pairs of two different ones, just choose. Well, they were both shit too. Now what?? They had to be recent, the man smiled. Well, one pair was taken just one month ago, how much can a person change over that time span? No, they must be from today! Why, I will not enter New Zealand today either, I have in fact a year to enter the country once the visa is granted. Well, in that case: the format wasn’t good then, fix the damn format! I replied that I just used these for my new passport, and I assume if they are accepted for a passport it must be good enough for a visa as well. AHAAAA, exactly! Now he had me, you can’t use the same photos for a passport and visa. Before I could open my mouth he barked: “It’s a rule!” From him, I assume. I just had to get new passport photos that were not passport photos, all done today, before 7PM. I looked at my phone, “It’s 6PM now, and I didn’t even get my X-rays yet, I waited for two hours to be attended even though we had an appointment.” The answer: a growl. 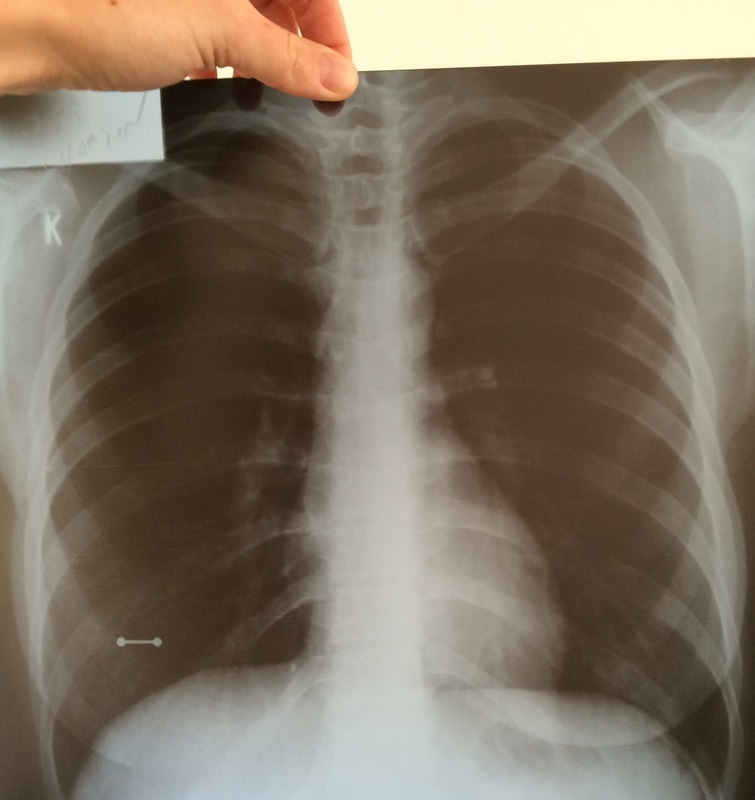 There ya go! At least that piercing’s hanging all perfectly horizontal, that’s all I care about.
Before I left the office he made me pee in a little cup. Which wasn’t part of the necessary treatment at all, I guess he just figured it was a way to get 48 reais more out of me.  The X-rays were done rather quickly with the help of my translator-friend, but nevertheless all businesses were closed when I left the premises.
​
So I set the alarm at 7:30AM to for sure be in front of the photo-shop exactly when it opens. Nevertheless, I already had some angry mails from Dr. A. Hole before I even woke up: He needed my photos in Jpeg a.s.a.p. So he got them a.s.a.p. Which wasn’t a.s.a.p. enough and by the way, why were they in the BODY of the email and not in the ATTACHMENT. He couldn’t work like this. So I replied to him with the photo in the attachment, wishing him a pleasant day.

Five minutes later: the phone rang. I needed to come back to the hospital. But why? Yesterday I was told the rest of the process is done online. On top of that, I told him I would leave town today (a little lie to make him work faster). Exactly, that was the most fun part, so I should change my travel plans! Mess with the tourist a bit more! Luckily it didn’t take that long this time, they just wanted some extra money for the devil knows what.

Are we done now? Physically, yes. Virtually, definitely not! Mr. ‘specialist’ found it an excellent idea to keep stalking me with commanding emails to print, sign, scan and email some documents, even though I replied already the first time I was situated in a driving car the entire day and unfortunately couldn’t stuff my entire office in my backpack. That didn’t stop him from sending the exact same email every hour though. So… the next day, instead of immediately heading to the festival I had expensive tickets for and I was looking forward to for weeks, the first thing I did in the morning was running towards a copyshop to satisfy Mc Whiny-pants… after which he didn’t work nor reply at all anymore, up until the point the NZ Immigration Office forced me to remind him of his job. You know, that thing I paid him a brutal amount of money for.  ​ 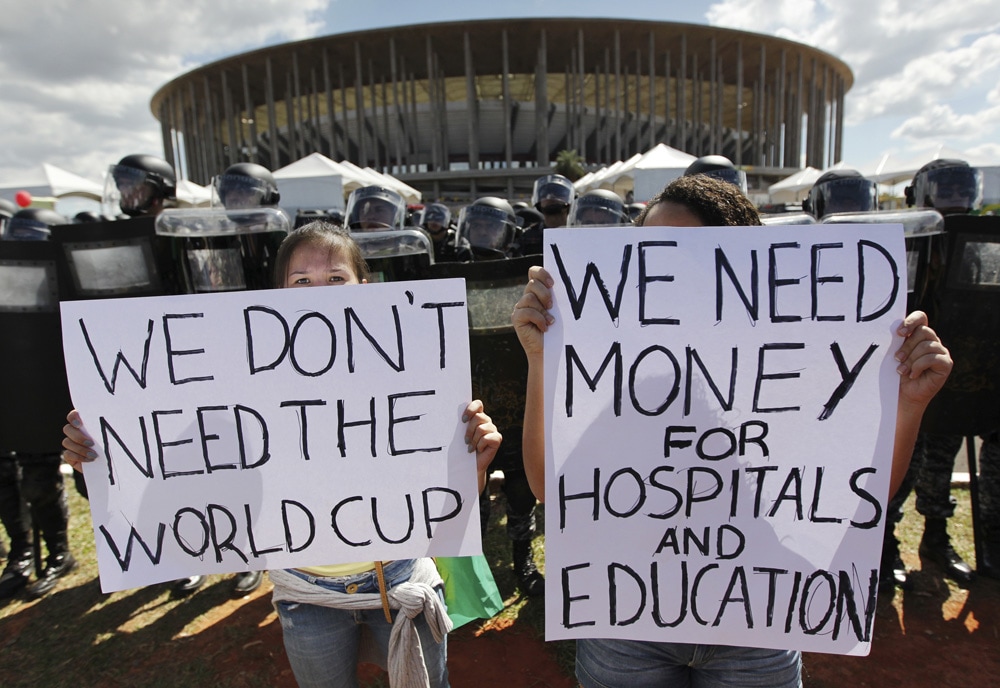 But you know what, that doesn’t matter anymore  once you get that one message in your email…

VISA TO NEW ZEALAND: ACCEPTED!!!
​
That’s right my friends. After Brazil and three years in Latin America I’m heading back to Europe for a bit (pregnant sisters and stuff), check some more countries off the Budget-Bucket-EU-List and then head down under. 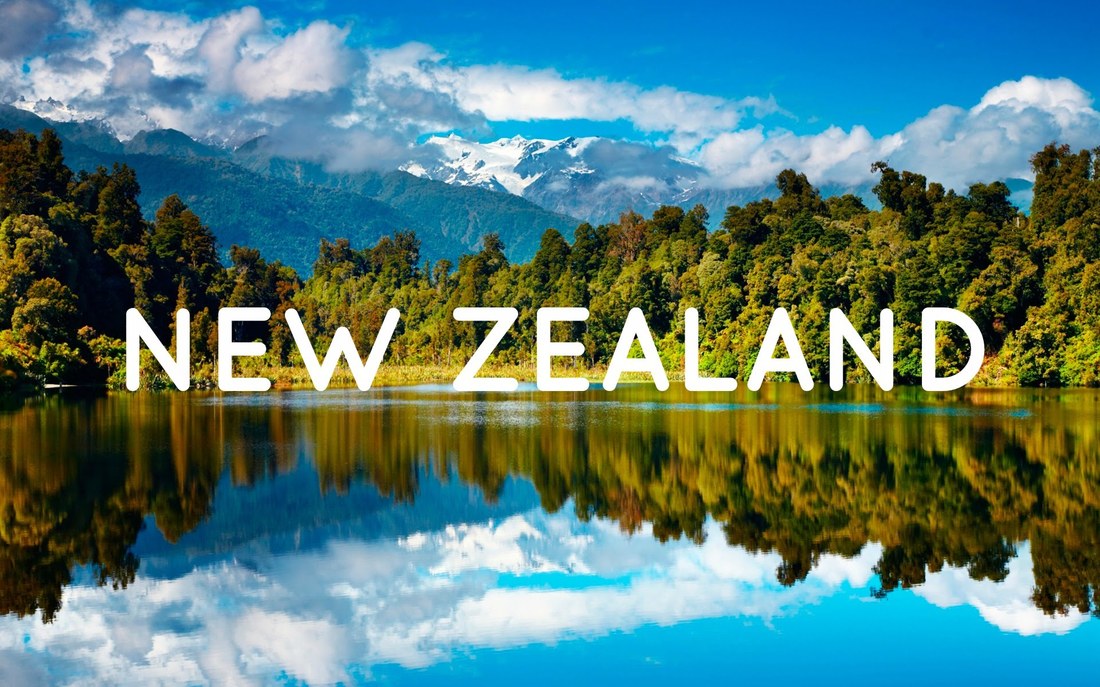 In order to support the travelers’ community, I spend many hours per week to adequately document all information and advices for prospective visitors, accompanied by a (hopefully) entertaining insight into my personal observations and experiences. This service is and will remain free. However, if you voluntarily want to make a contribution and support my travels and thus the creation of new stories and information supply, here is the button you’re looking for:
Donate
Related:
​- Free healthcare in Argentina
- Getting hospitalized in El Salvador
- A hospital experience in Tegucigalpa, Honduras
- Food poisoning in Peru
​- Why it's wise to have your yellow fever shots when travelling in Central America
​​- A genital injury in Mexico. That hurts.
- Mission accomplished: my journey to New Zealand!
​​- 13 Strange Observations of South Korea