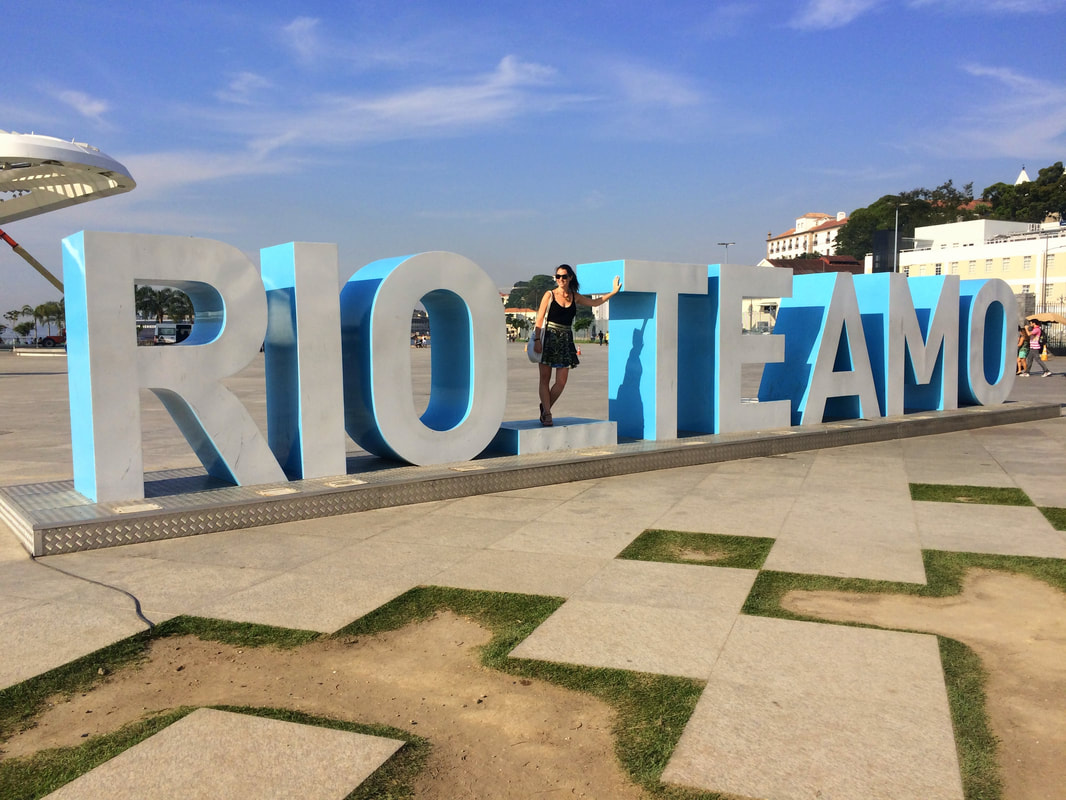 It’s probably not the most original thing to say, “I fell in love with Rio”, but it’s probably the closest I can get to the truth.

People warned me not to go. No, not only because of the high rates of violence and criminality or the favelas encircling the entire inner city, stretching far into the province… my timing was as such that I arrived in the middle of a giant political uproar, related to the corrupt president Temer everyone wants to get rid of recently. My friends and family members were kind enough to lighten up my travel agenda with refreshing movies of limps being blown around and corpses being dragged to the sidewalk.

So of course I went. Immediately. My acquaintances clearly have no idea how my brain works. Not always you get a chance to raise your voice for the left side. A mild awareness of slender disappointment therefore trickled into my consciousness once I realized it wasn’t all that extreme. Damn you mass media, only broadcasting those parts with the highest shock factor, I should have known. 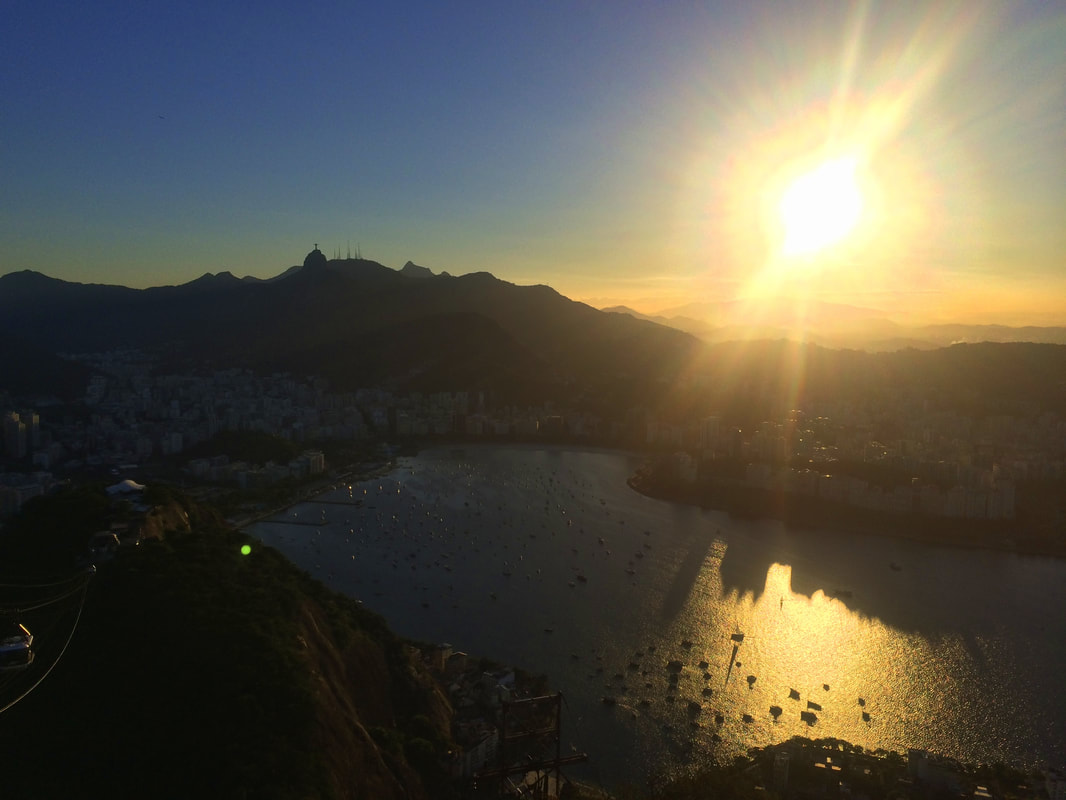 Luckily there was plenty of alternative enjoyment to immerse in, as Rio just seems to have it all. Beach, nature, culture and one hell of a party scene, what’s not to like? As I was staying in my own private beach apartment for free I kicked off with #1 of the list. Wait what? Yeah, you got me, I just casually dropped this line to have an excuse to brag about the outlandish good fortune that fell upon me once again:

So, ready? Well, as I was too lazy to actually go out and search for a Couchsurf host myself I just published a ‘public trip’ on the same website. Within one day I had about twelve prospective hosts to choose from, which I easily filtered down to 2 who did not mention any of my physical features as a motive to host me (I don’t know what that has to do with a cultural exchange). I settled with Good Guy Renan. And Good Guy Renan thought it was a splendid idea to let me stay in the fancy AirBnB apartment of his friend that was empty anyway because of low season. I thought Good Guy Renan was right. And you know why? Because I had a divine bedroom with Netflix-DVD-sound-system, giant living room with flat screen tv’s, fully equipped kitchen and only-seen-in-the-commercials-bathroom all to myself! Right where Copacabana and Ipanema Beach meet! For free!
Every 2, 3 nights my new friend Renan dropped by to share dinner with me and talk about his sorrowful life ruled by Tourette (he)  and Alzheimer’s (his live-in granny), which is for sure a nice alternative to the shallow hey-where-have-you-traveled-so-far-and-where-are-you-going-next-backpackers-bullcrap you get haunted with in the average hostel… which is why I prefer Couchsurfing. And every morning I left the house in solely a bikini to just cross the street and run into the ocean. Yes, life can be that good if you choose for it. 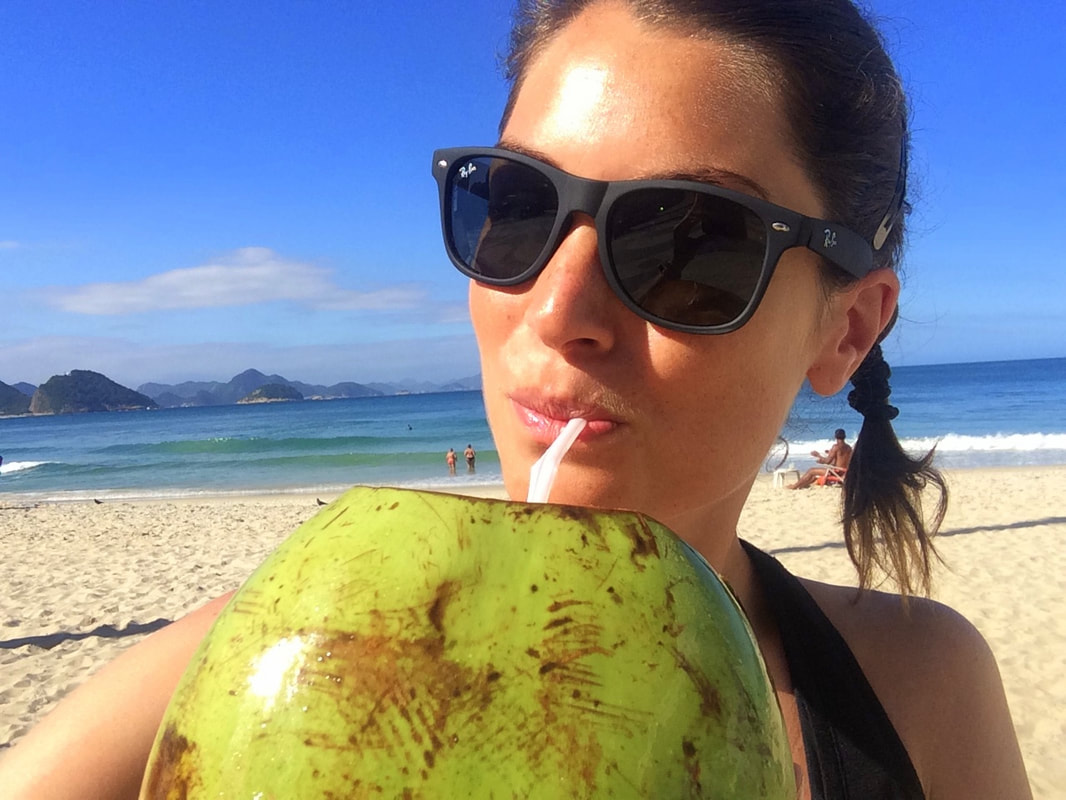 Beaches are nice, for sure, but a radiating extravert like me quickly misses the necessary stimuli of doing something, the always-present itch.

Stimuli I unquestionably found back in Rio’s nightlife, because man, that’s one wild ride.

After my friend Wes had brought me to the bohemian Lapa-area my very first night an inclination was immediately initiated. I just really adore those hang-outs with live music, extravagant characters and caipirinhas on the go.
It doesn’t matter where you go in Rio, you’ll always be seriously underdressed… or overdressed, in the sense that you’re having too many clothes on. At  first I thought my one bare shoulder and teasing mini-skirt was slightly on the edge, but I for sure hadn’t seen the cleavage-until-nipple-height and buttcheeks-under-the-hotpants-phenomenon yet. Women for sure don’t beat about the bush here. It fits in effortlessly into the madness that one calls ‘a nightlife’ in this place on Earth.

People licking each other's faces, women in cheeky suspenders dry-humping transvestites, a fellow dressed up like Charlie Chaplin selling the sniffable ‘charlie’ just before the bathroom’s entrance, two slick bi-guys biting my earlobe while inviting me for private after-parties in panting voices…

While I gave a friend, who was lucky enough to have lived here several years of his life, a whatsapp-update of the current state of affairs, he seemed surprised that I hadn’t observe any public nakedness or dancefloor-fingerbanging yet, and thus concluded I was hanging out in the ‘boring side of town’. Right. I’m not sure if I want to know. 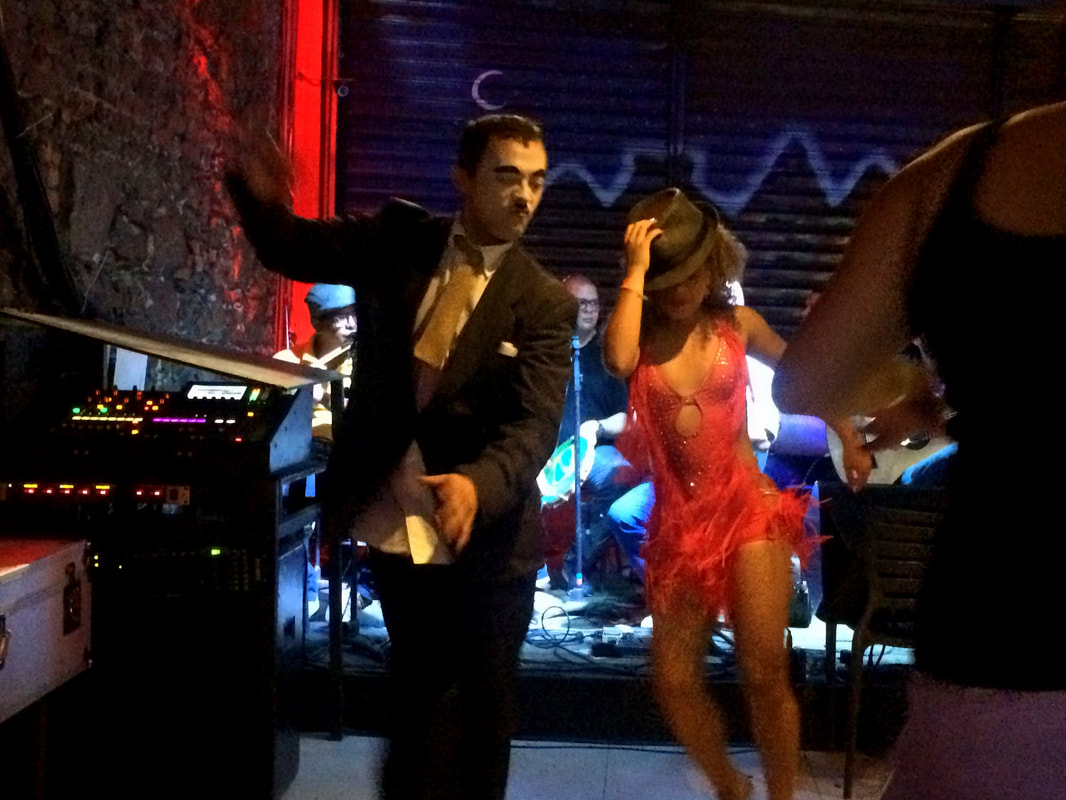 If you think I’m the kind of girl who easily gets lost in an alcohol-drenched hedonist mania like this you are absolutely right. I couldn’t tear myself away from those bars after the clock pinpointed midnight. I just met the most intriguing characters around these hours, who all wanted to show me their side of the city somehow. Most foreigners stick to foreigners, locals here are just really positively surprised if you break loose and get drawn to them somehow.

And they showed me their domain. After I accidentally entered the slums of Chile once and immediately got robbed under knife-point I decided it didn’t seem wise to test the favelas of Rio… and honestly, I give full permission to shame-face me all over the internet if you ever catch me signing up for those embarrassing explore-the-favelas-tourist-tours. [You know, attracting those types who pay an expensive vehicle to snap some holiday-pictures from other people’s poverty but ‘unfortunately’ have nothing left to give to that woman breast-feeding her starving infant next to the sewerage, to subsequently play soccer for three minutes with some underprivileged children just to be able to upload those Facebook-photo’s with titles as “so glad I could give this little Ronaldo a bright future again”. Seriously, fuck off.] But I guess the inappropriateness of that slightly fades away when a local invites you to come over. ​
Then it’s even okay to visit the Michael Jackson statue at the place where he shot the video of “They don’t care about us”. I hope.
​Besides Renan, Wes and other locals I hung out with my reader Cayo, as well as with Couchsurfer and hiking-fanatic Edilson.
​I was at some point dedicating so much time with this whole hanging-out-with-locals-enterprise I almost forgot to play the tourist part. Well, let’s just get it over with then:

As Renan said I couldn’t leave Rio de Janeiro without having mounted the famous landmark Pão de Açucar I agreed to join him. For me it would have been fine to just go up to Morro do Urca next to it, as the Sugarloaf Mountain is obviously better admired when you’re not standing right on top of it… which might be also an excuse to not pay the steep admission for the unavoidable cable car. But admitted, the views are spectacular. Just bring a jacket, unlike I did, as wind happens.
​I strolled along the Rodrigo de Freitas Lake and giant parks like Parque do Flamengo. I admired the necessary nature when my travel buddy Wes drove me all the way down to Cabo Frio where we spent the night in a fancy hotel… 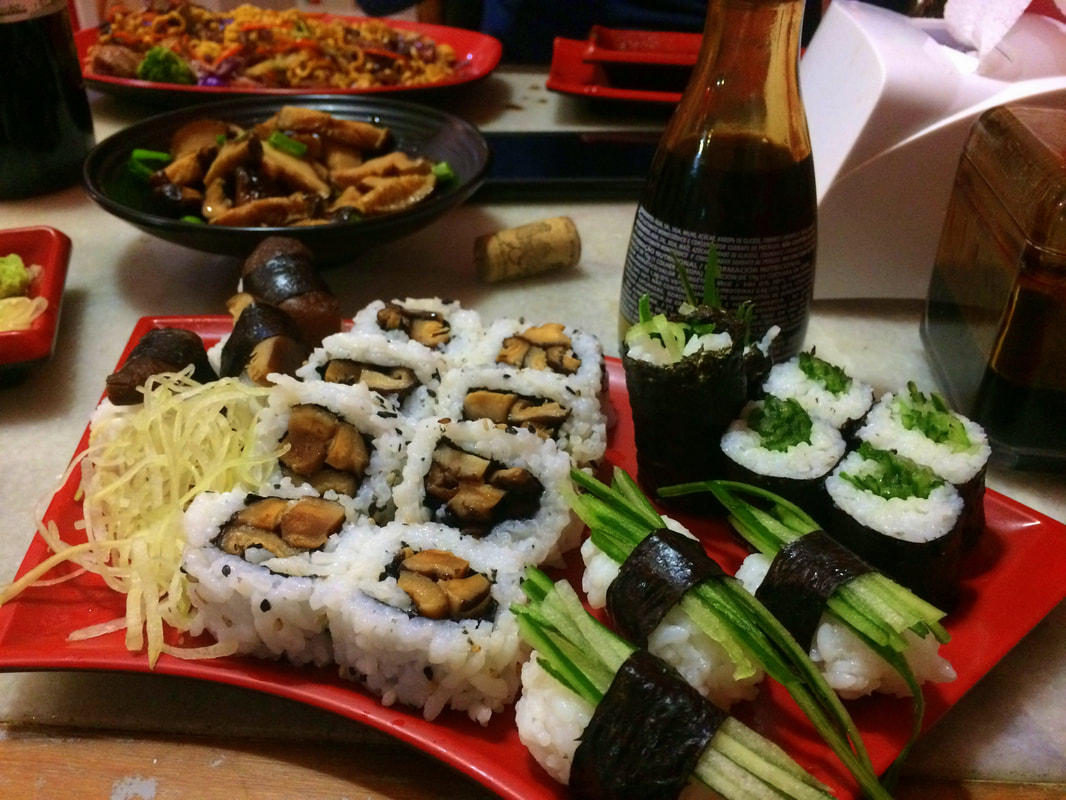 … from where I mainly remember the outstanding vegan sushi…

And yes, you know me, I stormed the necessary handful of museums, as that’s just what I do. Museo Nacional de Bellas Artes as an unavoidable one for a self-proclaimed art fanatic like me, and I didn’t forget to go on a Sunday when the entrance is free. The first floor can be easily skipped… it’s just this very religious, very baroque god-worshipping were already the entirety of Europe is polluted with. The second floor, however, is a sensation. It almost looked like the exhibited artists of the 18th and 19th century had access to the techniques we are equipped with nowadays. Instead of static Venuses surrounded by chubby angels, I was staring to very flesh-like female beauties with facial expressions that almost had an unsettling realism to it. Whatever happened in the art world of Rio in the 18th-19th century was far ahead of what was going on in the global scene.
The best decision I made, however, is staying an extra day to pay the Museu de Amanhã a visit. I learned I should have came on Tuesday, when it’s free (the other days it’s rather expensive actually), but whatever you’ll spend on it, believe me if I say it’s worth it. Drop all connotations you have with the word ‘museum’ and just enter this surreal space with a blank mind free of expectations. This is nothing you have ever experienced before. Not only the extraordinary design of the building sucks you right in, the entire madness exposed inside will turn around your senses. Be ready for some forward time-traveling, from the universe into the veins of our body and the screwed up choices our society and mind guides us to, here you’ll find insights from remarkable angles you might have never considered.
An undisputed highlight of a city that can be considered one of the country’s highlights in itself.

You know, I could have easily spent my whole 90-day-visa within the borders of Rio de Janeiro and be overly satisfied. It’s just that there was this whole country the size of a continent to be discovered…

You can spend two weeks in Rio, like I did, or two years, you’ll feel that it won’t be enough.