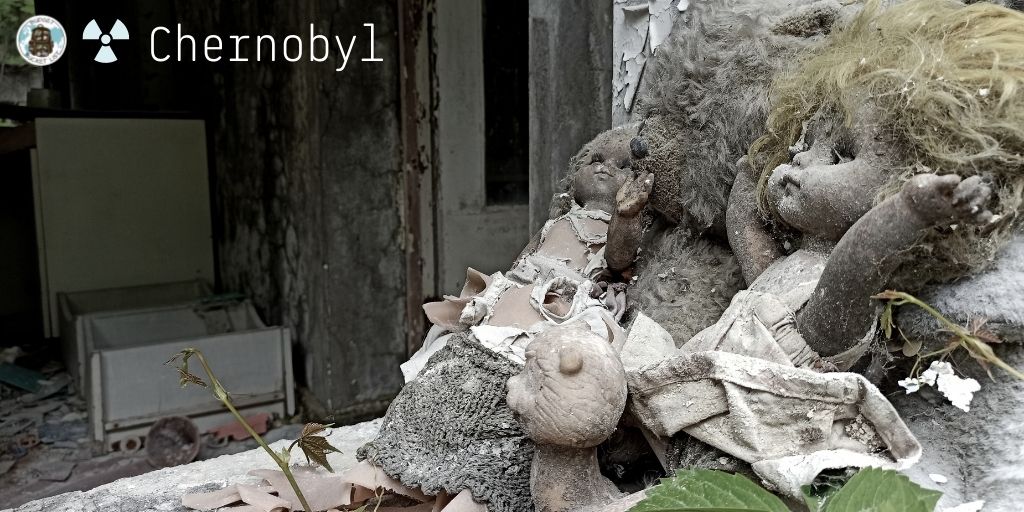 Chernobyl. Something inside of me already decided I needed to go there, before I was even aware I was anywhere close to it and could make a conscious choice. Dark tourism, they call it nowadays. While I closed my eyes and listened to the intensifying bleeps of the Geiger counter, I allowed my mind to wander off to my field trips to the numerous concentration camps, mass graves and political torture chambers, be it nazi, communist or driven by popular religions. Odd destinations such as the Killing Fields in Cambodia, the DMZ border zone between North and South Korea and the hiding place of ‘Angel of Death’ Josef Mengele. Spots where history-changing personalities were assassinated or even zones of ongoing conflict that somehow have an inexplicable attraction to me. Why not top me up with an extra dose of radiation then? Fight fire with fire in terms of Covid-19! When I opened my eyes and joined the conversation with my fellow tour mates and learned about their recent trips to Crimea, Irak and Syria, I knew I found my people… whether I liked it or not. 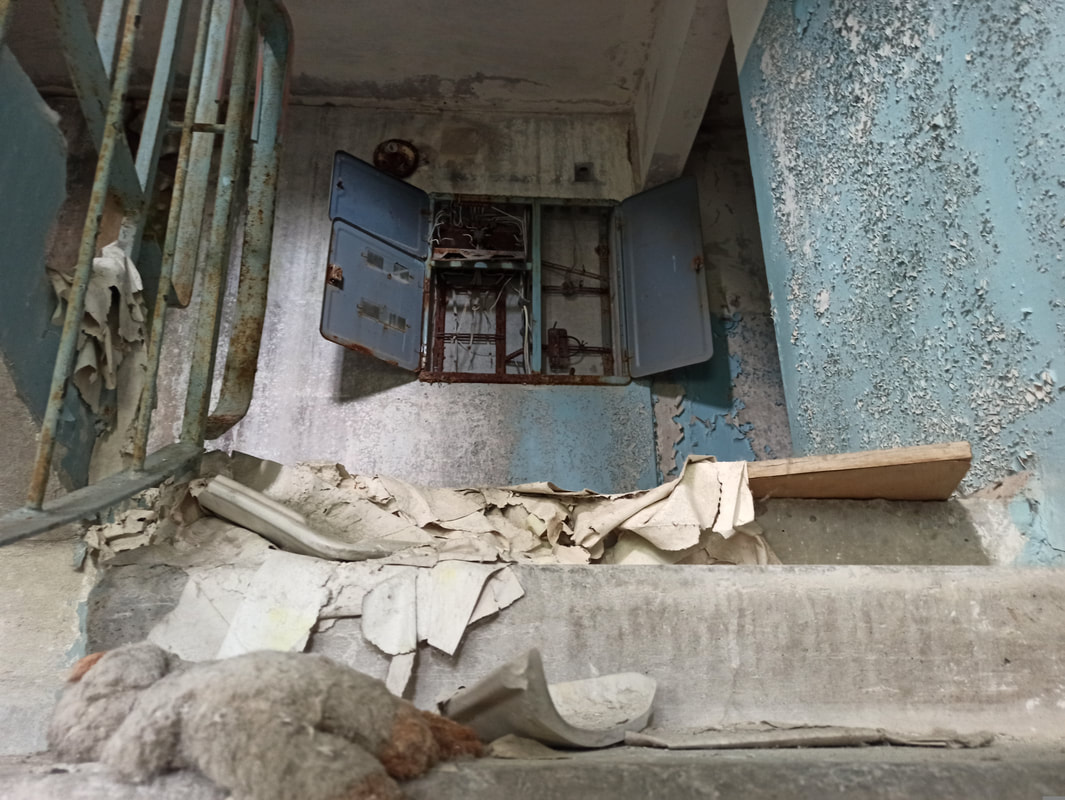 Save this article for later!
​Save on Get Pocket | Save in Browser Bookmarks| Save on Instapaper
Chernobyl in a Nutshell

The Chernobyl Nuclear Power Plant, officially called the Vladimir Lenin Nuclear Power Plant, has been in full operation since 1977. It provided an incredible amount of employment opportunities for the workers who settled with their families in the city of Pripyat, dedicated for this purpose. On April 26, 1986, a routine exercise triggered an uncontrolled reaction, causing steam pressure to build in Reactor No. 4. This escalated to such a degree that the roof was promptly blasted off the reactor, spitting fumes and burning chunks of radioactive debris into the open air (including iodine-131, cesium-137, plutonium and strontium-90). Within mere seconds, another explosion occurred and Reactor No. 3 caught fire. Automatic safety systems that in normal conditions would be activated had been shut down prior to the test.

Firefighters rapidly arrived at the scene and started blazing without a shred of protection. Within a couple of days, most of them would be among the first 28 to die due to acute radiation exposure. In the afternoon, the Soviet government had mobilized extra troops to be dropped at the roof top for mere seconds at a time, shovelling debris off the facility and spraying water, sand, lead and nitrogen over the exposed reactor (this process ended up taking nearly two weeks). In the meantime, Pripyat was hastily evacuated. The disaster was kept quiet for several days, and Soviet leaders even allowed the May Day to be celebrated as usual in neighbouring Kiev, Moscow and Minsk, exposing all unsuspecting participants to highly dangerous levels of radiation. The radioactive clouds had been taken by the winds and spread all over Europe, eventually causing the Swedish government to demand an explanation. Soon the severity of the situation became evident, and the Chernobyl disaster was soon to be labelled the world’s biggest nuclear accident.

In 1995, the government of Ukraine determined the dead toll to be an approximate 125,000. A 1250-km-wide area was marked the Chernobyl Exclusion Zone, and wasn’t considered safe anymore for human habitation, logging or agriculture.

… save enough for tourism though, 35 years later. 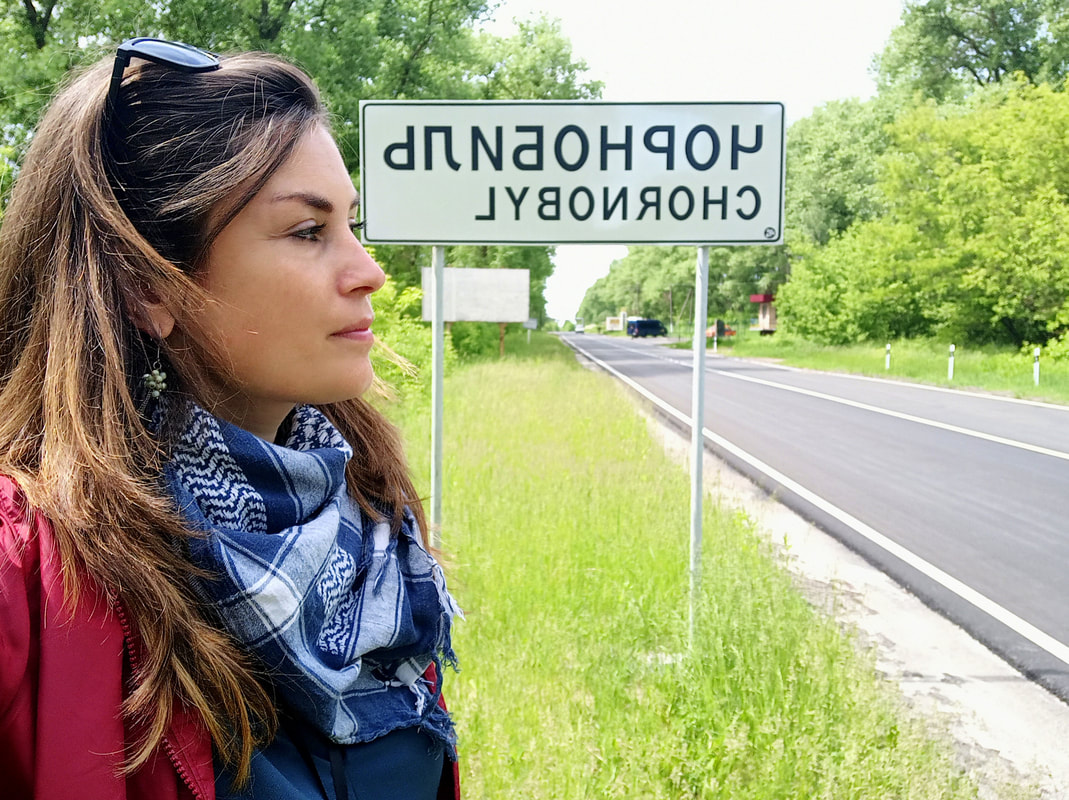 Holidays in Chernobyl: The Preparation

Yes, why not? Some take their family to resort on Bali, others go on cultural citytrip to Rome… and some of us cover their entire bodies to visit a nuclear disaster zone. I skimmed through the prior warning list provided my tour company Solo East Travel:


Once we went through our first police checkpoint, these extra rules were added to the mix, some of them being:

I’m sharing this for information provision… Rules and authority generally have the exact opposite effect on me, also in Chernobyl, so I’m trying to not be a bad role-model here and keep my mouth shut ;)


Then Mr. Cop hung a personal Geiger counter around my neck, which I was not allowed to take off until I left the exclusion zone. I’m still being me though, so I managed to mess up the device by curiously pressing all the different buttons, having some random alarm go off at a 10-minute interval and making the final reading absolutely useless. I might grow an eleventh finger soon.

Especially after the famous TV series, Chernobyl turned into quite the tourist hotspot, causing many tour companies to pop up in a flash. Generally they offer a similar itinerary, leaving from Ukraine’s capital Kyiv, and only differ in price. I chose Solo East Travel as they were the first company to offer this unusual adventure and therefore earn some bonus points for originality and experience. On top of that, they were overall the cheapest (and price-match any competitor if you manage to find a better deal), they have a fancy-pants cruiser van in which they show you relevant documentaries during the long drive to the Exclusion Zone, and their guide is knowledgeable and flexible to the group’s unusual requests… often going off the beaten path to go that extra mile.

After passing the first checkpoint, Dytvatky, you officially drive into the Exclusion Zone. The tour kicks off with a curious visit to the abandoned villages of Zalissya and Kopachi. It always rubs me in a very odd yet intriguing way… seeing how signs of humanity are slowly swallowed by the power of nature, herbage crawling up from the inside out and claiming back what we once took from it.
A necessary photo stop has to be made next to the sign when entering the town of Chernobyl (written as Chornobyl in Ukrainian), to continue to the memorial park where a rather unsettling image of a black angel (of doom?) blows its horn in front of the names of the firefighters who were the first to pay for this disaster with their lives. Other sights include a statue of Lenin, the Monument to the Chernobyl Liquidators and a little outdoor exhibition of the machinery and robots used to clear the radioactive waste.
Now the real fun starts. After seeing it in countless documentaries, movies and news reports, I could hardly contain myself when slowly the Sacrophagus doomed up at a distance… shielding the notorious nuclear reactor no. 4. While intensely staring at it, imaging scenes of foregone times, I thought about the Elephant’s Foot smouldering in its depths. This highly radioactive, wrinkled mass of melted concrete, sand and nuclear fuel used to give off an estimated 10,000 roentgens of radiation per hour… enough to kill a person standing at a meter’s distance in less than 2 minutes. Nowadays its power decreased, but it’s still lethal, exceeding about 40,000 times the general safety level. Only multi-day visitors are allowed to visit the control room, wearing protective suits, face masks and helmets, and staying at a distance for no more than 5 minutes.

Upon request we deviated slightly from the planned itinerary and hiked towards the cooling tower of reactor no.5, of which the construction was promptly terminated after the disaster. An amazing piece of street art commemorates the heroes forced to sacrifice themselves for a mistake they did not make. ​
To me, the effects and personal misery caused by the disaster truly trickled in when visiting the abandoned city of Pripyat. Once home to all Chernobyl’s workers and their families, who were urged to evacuate their houses within mere minutes, leaving every personal belonging behind as it was now covered in radioactive dust. My guide held up the photos showing a once pleasant, lively suburb, full of ambition and future dreams… but once he lowered those images an empty, ruined ghost down appeared as the current reality. It’s a hollow, unnerving feeling to stroll through what is now a poisonous jungle, sheltering the carcasses of crumbling man-made structures. It’s rather confronting to see that the benefits of the absence of humanity outweighed the radiation risk, allowing wildlife such as wolves, bison, boars and beavers to thrive… Mutated fauna crawling in between the fallen, rusty carts in deserted supermarkets, through kindergarten’s lecterns stuffed with mouldy children books and one-eyed dolls and over the newspapers of April 26 1986 that still lay on the floors of empty living rooms.
​A stroll leads you to Pripyat’s desolate amusement park, including the by now famous sights of a rusty ferris wheel and overgrown bumper cars. Pleasure turned into misery in one painful image. The adjoining Red Forest is a sight on its own, showing autumn shades in any season due to the radiation killing off the herbage. As a bonus stop, we halted at the secret Soviet Chernobyl-2 Radar Antenna DUGA-1, a massive radar structure to detect ballistic missiles being launched. Hurting my neck looking up and sideways to this beast of a formation, it seemed hard to imagine that this could be hidden. I guess they didn’t have Google Earth yet, back then.
I tipped my head to yet another Lenin statue and called it a day.
​After a series of police inspections, and an obligated radioactive-machine-scan, I looked down at the clover-4 in my hand. Funky mutation or luck? The last time I found one I was a child, needing that extra boost of luck to find my path in life. Now, 30 years later, looking back on this extraordinary life I chose to lead bringing me to wild destinations such as Chernobyl you could say I found that path that I can only look back on, without seeing or wanting to see what’s ahead… A path I took not by luck, but by conscious choices, me being the funky transformative mutation of all life’s flips and turns. 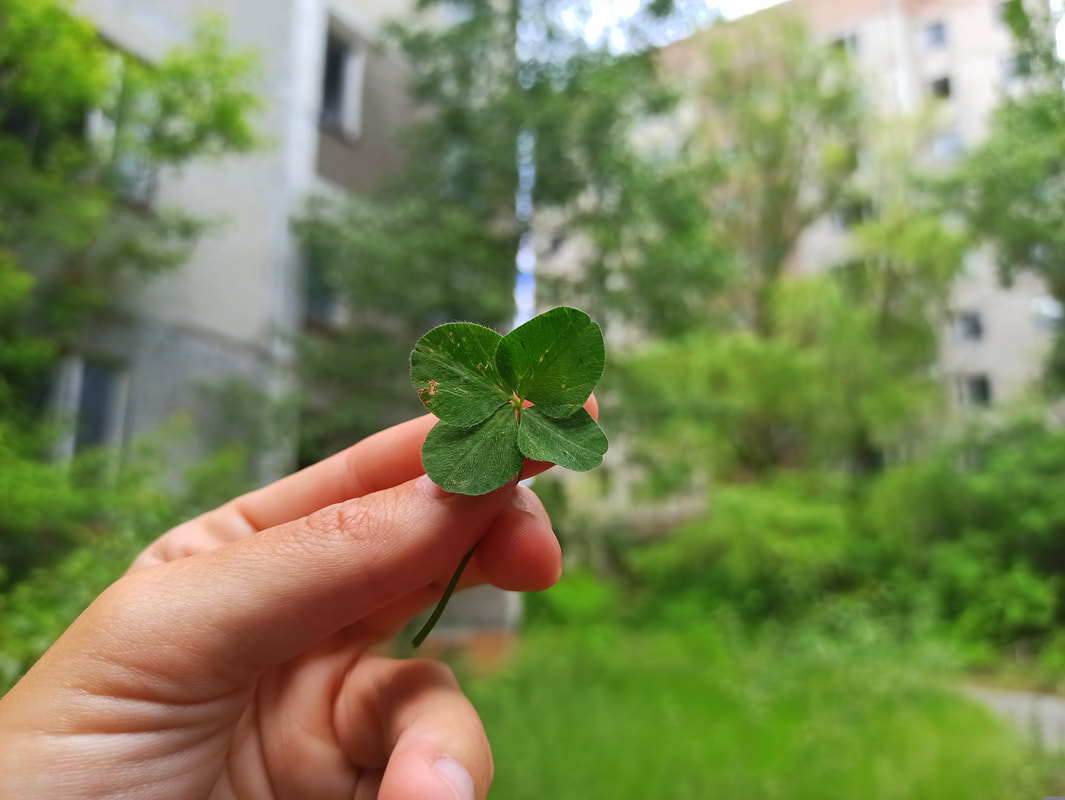